Every city has its iconic food: New York’s bagels, Chicago’s pizza and New Orleans’ beignets. In Los Angeles, tacos reign supreme. Whether you like them traditional, with carnitas, carne asada or al pastor, or mixed up with flavor fusions like tofu, kalbi and kimchee, LA has nearly every type of taco you could conceive of—and many you couldn’t. As chef concierge Lori Coyle says, “When one thinks of Los Angeles, you think: sunshine, sandy beaches and epic tacos.”

For a taste of Baja-style tacos, head to Mexicali Taco & Co. (Photo by Paul Yoo)

Despite its popularity, the exact origins of this folded favorite remain unknown. Some trace it back to the 18th century to the silver mines of Mexico, while others say they hearken back to the traditional meals of the indigenous people of the Valley of Mexico. But regardless of its history, today Los Angeles has made the taco its own, whether that means chefs like Roy Choi at Kogi reinventing the tortilla dish with ingredients like kimchee, or Wes Avila and his food truck Guerrilla Tacos bringing seafood-stuffed versions to the street. In the City of Angels, one thing is clear—it’s the tacos that are heaven-sent. 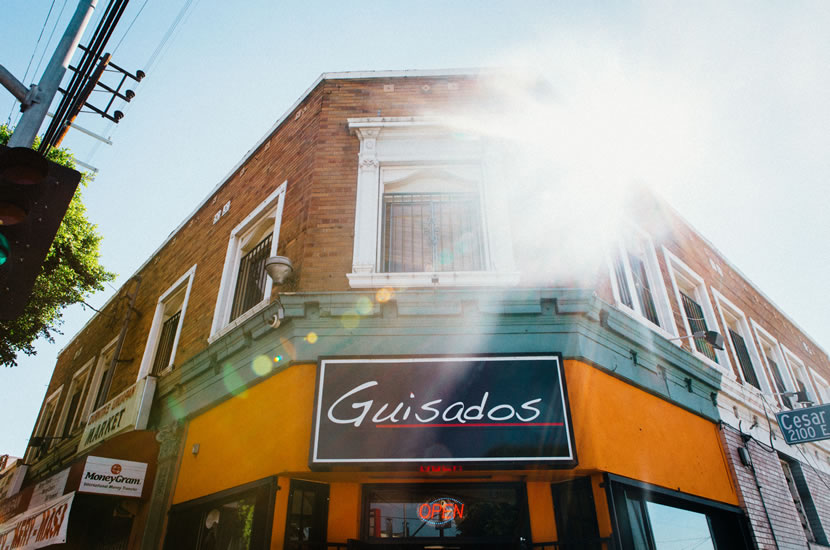 2. Mexicali Taco & Co. offers up a taste of Baja, with a variety of dishes straight from Mexicali, Mexico. Choose from al pastor, asada, pollo, chorizo and even a vegetarian option on a flour or corn tortilla. (702 N. Figueroa St.; 213-613-0416) 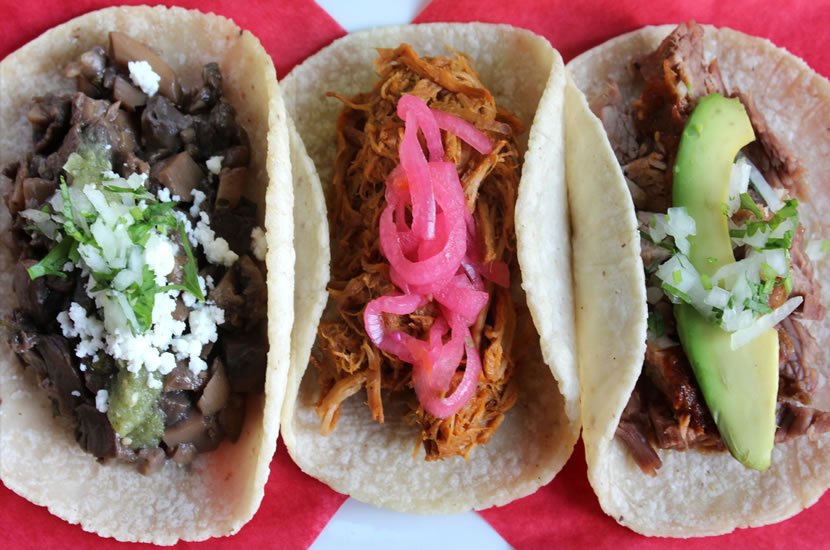 5. Korean-Mexican fusions are ubiquitous in Los Angeles, and Cha Cha Chili does it well. The kalbi and bulgogi tacos are a standout and come with the classics: lettuce, cilantro and salsa. (4625 Valley Blvd.; 323-222-8900)