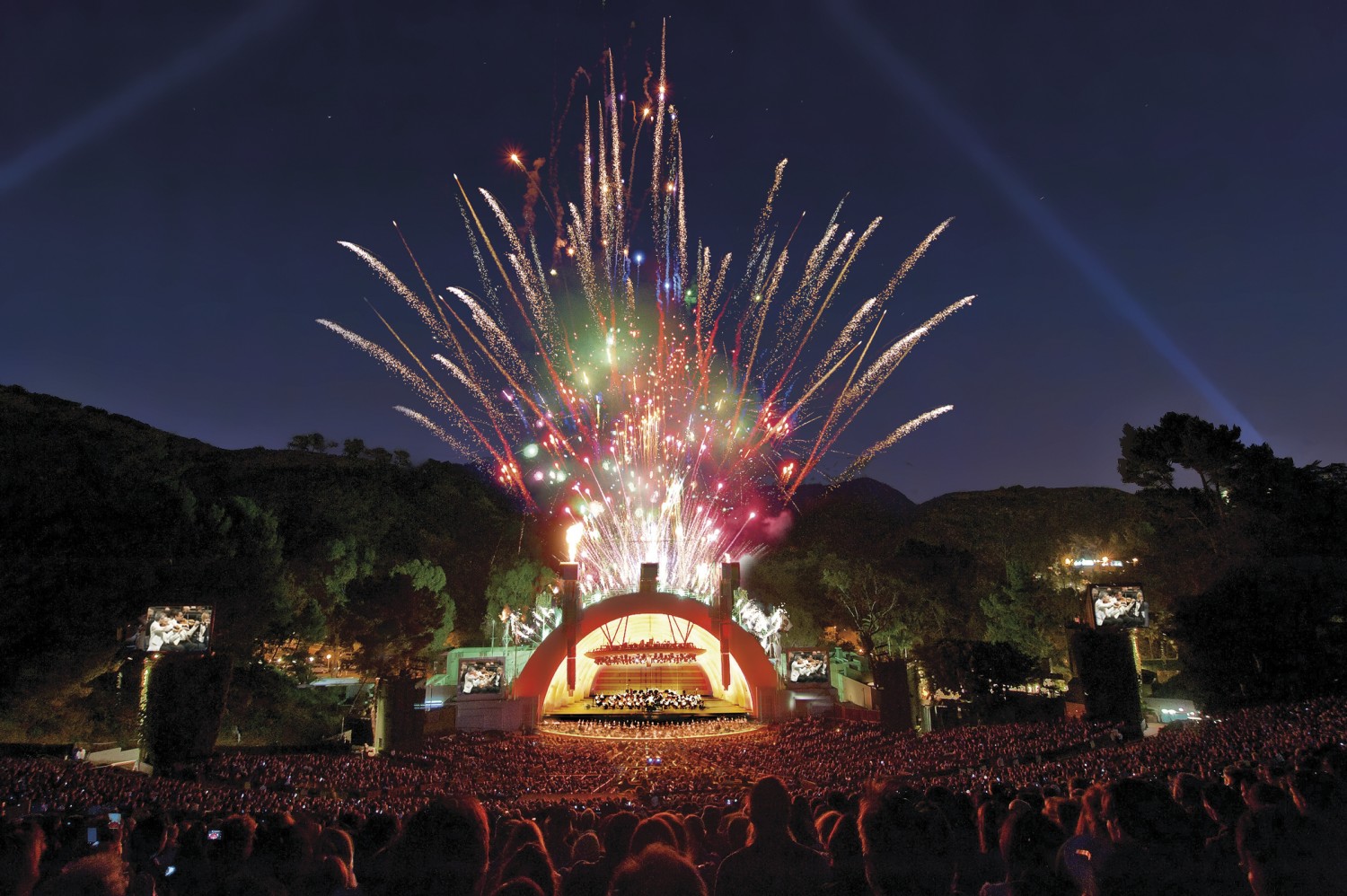 There is a certain rhythmic pulse that throbs deep in the heart of Los Angeles, a kind of beat that resonates throughout the city and especially in its residents. At Walt Disney Concert Hall on Grand Avenue in downtown, the Los Angeles Philharmonic performs Beethoven’s timeless Symphony No. 9. Emanating from Hotel Cafe on Cahuenga Boulevard, Grammy and Oscar winner Adele belts out a powerful, lonely ballad. And nestled in a valley off of North Highland Avenue, the Hollywood Bowl hosts Genesis as the group serves harmonious helpings of pop and progressive rock, signaling the band’s last tour together.

In Los Angeles, it’s the diversity of genre and choice in concert venues that draw crowds on a nightly basis. Music aficionados can discover a performance at one of the following spaces to fulfill their harmonic hunger.

If arts patrons want to catch their favorite Broadway musical in Los Angeles, they need look no further than Pantages Theatre on the famous corner of Hollywood and Vine. Designed with art deco flair by architect B. Marcus Priteca and opened in June 1930, the building was originally owned by Alexander Pantages, who utilized the space to produce vaudeville shows.

During the 1950s, Pantages hosted the Academy Awards ceremonies, and an onslaught of cinematic legends flounced across its stage. Then, in 1977, the Nederlander Organization purchased the movie palace and has been producing musical theater ever since, including “The Phantom of the Opera,” “Wicked” and “The Lion King.”

The 2,703-seat Hollywood landmark also has presented live bands and singers, such as Foo Fighters, Talking Heads and Mark Knopfler from the Dire Straits. But the foundation of its success is maintaining its timeless tradition of showing the best in musicals. (hollywoodpantages.com) 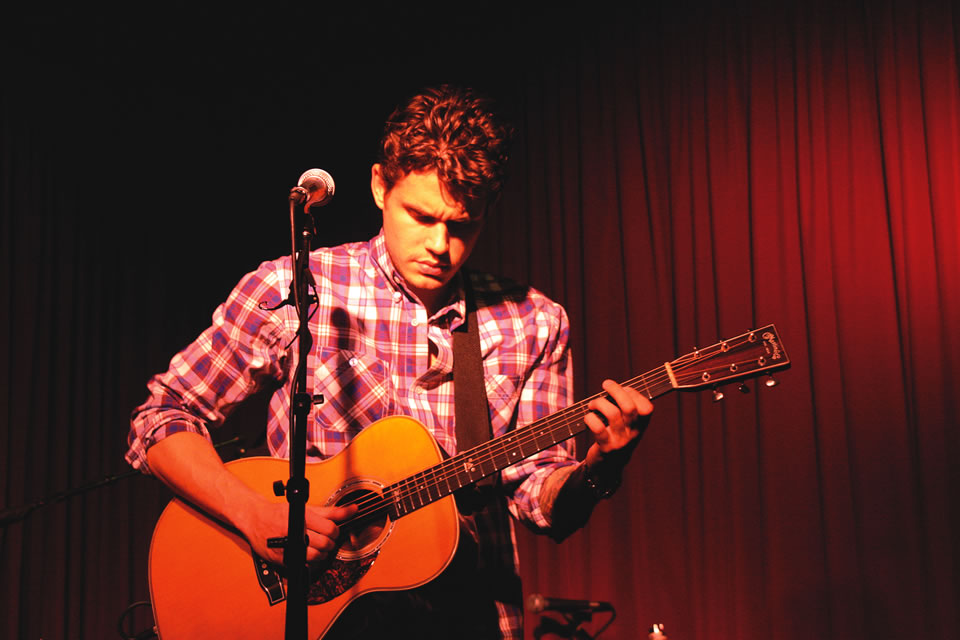 Every singer has to start from somewhere—which usually means in an intimate setting where guests can listen to good tunes while savoring their favorite ale or coffee at a small table. Tucked in an alley on Cahuenga Boulevard, The Hotel Cafe has proved to be a musical springboard for up-and-coming artists.

When co-owners Maximillian Mamikunian and Marko Shafer first opened the cafe in 2000, it began only as a coffee shop. But its popularity as a place for singers/songwriters to test their new work in front of a small audience climbed, resulting in the cafe’s expansion into its neighboring space in 2004. Further growth involved the launch of a record label in 2008 with the albums “Live From the Hotel Cafe,” which features four songs by Matt Hires, and “Winter Songs,” a collection of holiday music by various artists, including Katy Perry, Colbie Caillat, Sara Bareilles and Ingrid Michaelson.

Originally called Daisy Dell when it opened in the early 1920s in a shady canyon, the Hollywood Bowl on North Highland Avenue has since become a symbol of live entertainment, courtesy of the iconic Hollywood sign that sits behind the stage like a watchful guardian.

Over the years, the venue has experienced many extensive renovations. In 1980, fiberglass spheres were designed by Frank Gehry and hung above the stage in a specific arrangement to improve both the acoustics and overall look. And most recently, in 2005, four video screens and towers were placed on either side of the stage, giving patrons sitting in the rear of the approximately 17,000-seat arena a close-up view of the performers.

The Hollywood Bowl has hosted many musical legends, including The Beatles, Peter Gabriel, Elton John, Ella Fitzgerald, The Doors and Billy Joel. Classical concerts also have featured guest artists Philip Glass, Itzhak Perlman, Placido Domingo and Luciano Pavarotti. It was even home to comedy when the British troupe Monty Python filmed famous skits at the Hollywood Bowl in 1982. (hollywoodbowl.com)

The idea to add the 2,200-seat Walt Disney Concert Hall to The Music Center was originally spawned in 1987 by Lillian Disney, the widow of the visionary legend, when she donated $50 million for its construction. Although the designs by architect Frank Gehry were green-lighted, construction of the hall and its massive garage took 16 years to complete due to a mix of planning, management and budget issues that halted its progress.

Today, Walt Disney Concert Hall serves as the residence of the Los Angeles Philharmonic orchestra and Los Angeles Master Chorale, both of which have given the finest in classical concerts ranging from Bach to Gershwin. And the hall has hosted celebrated musical artists , such as Liza Minnelli, Brian Wilson of The Beach Boys and Willie Nelson. (laphil.com)

When Staples Center opened its doors in 1999, its goal was to be the epicenter for all sorts of happenings—and today, it is exactly that with more than 250 events annually. Located downtown on South Figueroa Street, the center is host to the Grammy Awards and is also the home court of the Los Angeles Lakers and Clippers, and the Los Angeles Kings hockey team.

Aside from professional sports, Staples Center is known for its role as a place to catch the best of the best in the music industry. The center’s debut performance starred Bruce Springsteen and the E Street Band, and other 1999 performances included Cher, The Eagles and The Eurythmics—resulting in an honor by Pollstar Magazine as the Best New Major Concert Venue back in February 2000.

Several events at Staples have captured full houses, including concerts by U2, The Rolling Stones and Madonna, who performed a total of seven sellouts there. (staplescenter.com)

While he lived and thrived during the late 19th to early 20th century, millionaire Griffith J. Griffith donated 3,000 acres in 1896 to the city of Los Angeles, which would soon be Griffith Park. When he died, he included in his will a trust fund for the construction of the Greek Theatre. Designed by architect Samuel Tilden Norton and built in 1929, the approximately 5,900-seat amphitheater, whose stage mimics the facade of a Greek temple, is known for its pitch-perfect acoustics.

Although it was hardly used in the beginning of the Depression and served as barracks during World War II, the space was home to many touring shows during the 1950s through the 1960s. The Greek then became a location for many music legends to record their live concert albums. One such example was Harry Belafonte’s 1963 “Belafonte at the Greek Theatre” album. Neil Diamond’s 1972 concert album, “Hot August Night,” was also filmed at the Greek—an occurrence that he credits as a pivotal moment in his career. (greektheatrela.com) 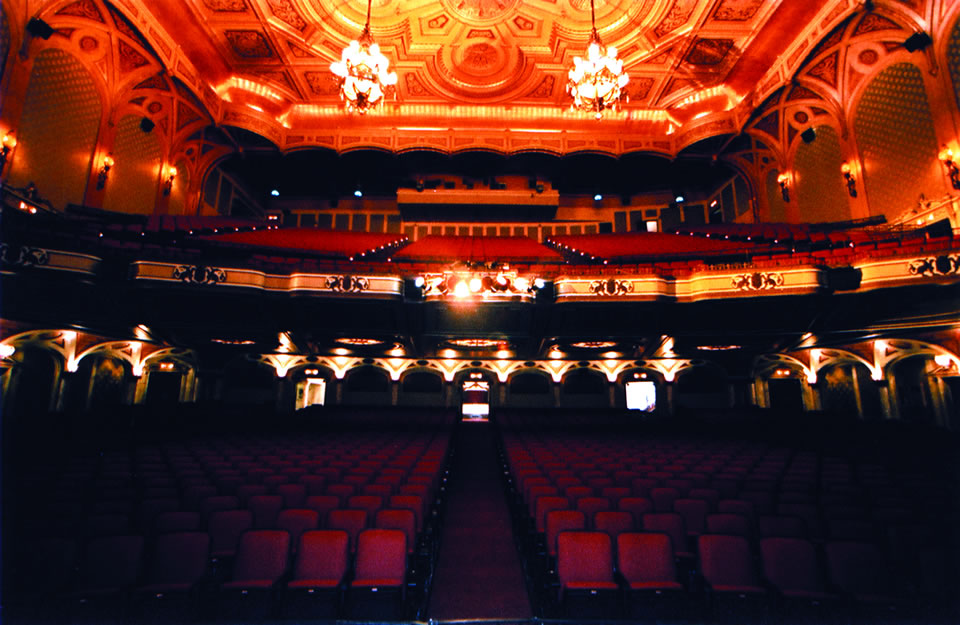 Named after the legendary Greek hero of music, Orpheus, the Orpheum Theatre on South Broadway in downtown LA began as a vaudeville venue when it opened its doors in 1926 and has evolved throughout key moments in music history.

Performers during the vaudeville and burlesque eras included Sally Rand, Jack Benny and a young Judy Garland. As the genres of the moment shifted with time, legends such as Lena Horne, Ella Fitzgerald and Duke Ellington graced the stage behind the Beaux Arts facade, which was designed by lauded movie theater architect G. Albert Lansburgh.

Jazz greats segued to rock ’n’ roll giants, such as Little Richard, Aretha Franklin and Stevie Wonder. And throughout all these periods of music, the Mighty Wurlitzer—one of the three great pipe organs remaining in Southern California theaters—still sits mightily in the orchestra pit, a symbol of music culture longevity in Los Angeles. (laorpheum.com)