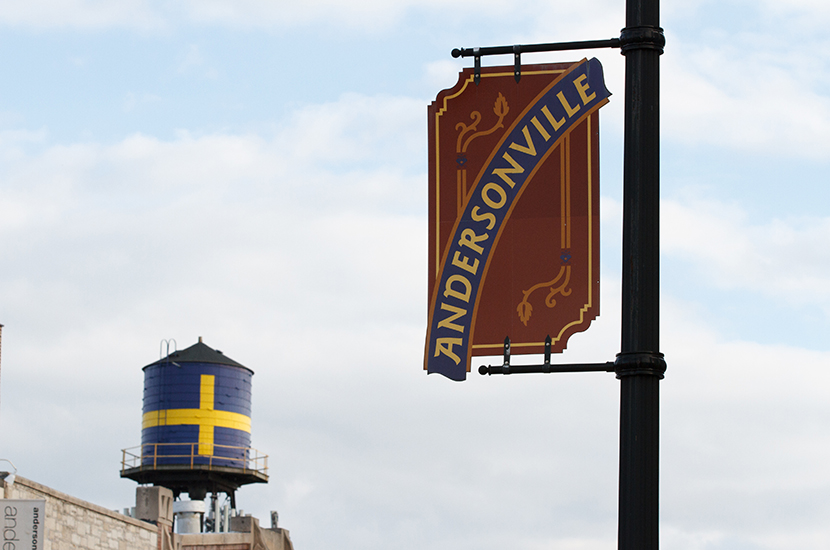 Just north of the soaring skyscrapers that define downtown Chicago sits the quaint neighborhood of Andersonville—a picturesque oasis where a fascinating history seamlessly melds with a passion for personal relationships and community. Brick adorned buildings line the streets and house local businesses that have stood the test of time, avoiding takeover by chain restaurants and retailers thanks to their eclectic products, delectable menus and committed patrons.

“A huge part of Andersonville’s charm is that nearly all of the businesses are locally owned,” says Ellen Shepard, executive director of the Andersonville Chamber of Commerce and Andersonville Development Corporation. “It has long been part of the neighborhood’s strategy to support the ‘ma and pops.’ The result is that Andersonville has its own unique culture, with stores and restaurants that you won’t find anywhere else, and a small-town friendliness in the middle of the big city.” 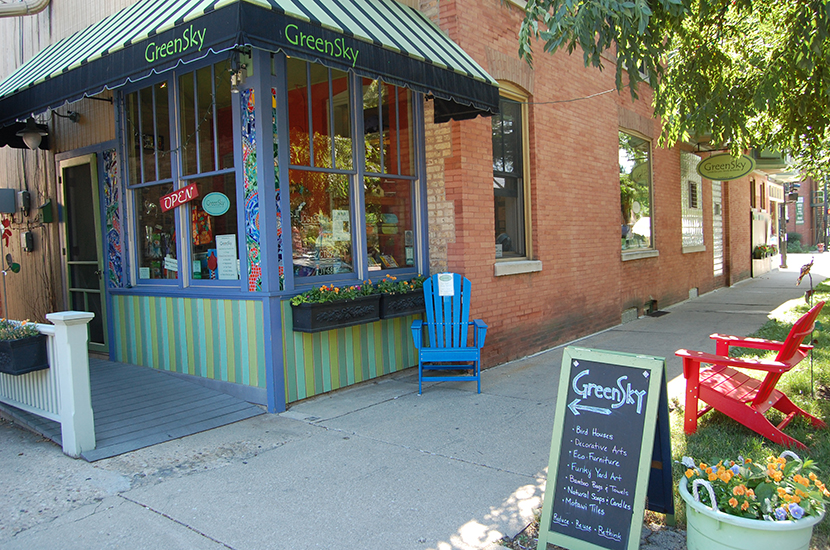 Located north of Foster Avenue and east of North Ravenswood Avenue, Andersonville developed out of necessity and remains relatively devoted to its Swedish heritage. The unique transformation of a small, cherry tree-dappled farming community in the 1850s into the bustling Swedish enclave called Andersonville can be attributed to one of Chicago’s most historic and cataclysmic events—the Great Chicago Fire of 1871. Afterward the city banned the construction of wooden houses within the city limits, compelling Swedish immigrants—who could not afford to build homes of brick and stone in the city—to move outside of the city’s northern limits into the neighborhood now known as Andersonville. While the Swedish population has waned, the influence of Swedish culture remains; it’s particularly evident in the thriving Swedish History Museum, which helps give the neighborhood a special, historic flair.

Activities for All Ages

Never short on community-building events, Andersonville offers a plethora of activities to keep visitors engaged while enjoying the neighborhood. The Swedish American Museum might be described as the heart and soul of Andersonville. It began as a small storefront log cabin in which family histories were collected, and found a permanent home in Andersonville in 1976 with a goal of bringing together the Midwestern Scandinavian community. Today, still located in one of the most concentrated areas of Swedish culture in the United States, the 24,000-square-foot facility houses a gallery with special art exhibits, a permanent exhibit “The Dream of America – Immigration to Chicago,” the Brunk Children’s Museum of Immigration, a library, genealogy center and a museum store. “Andersonville is a wonderful neighborhood and the Swedish American Museum is proud to be part of the community and to share our Swedish heritage,” says Karin Moen Abercrombie, the museum’s executive director. 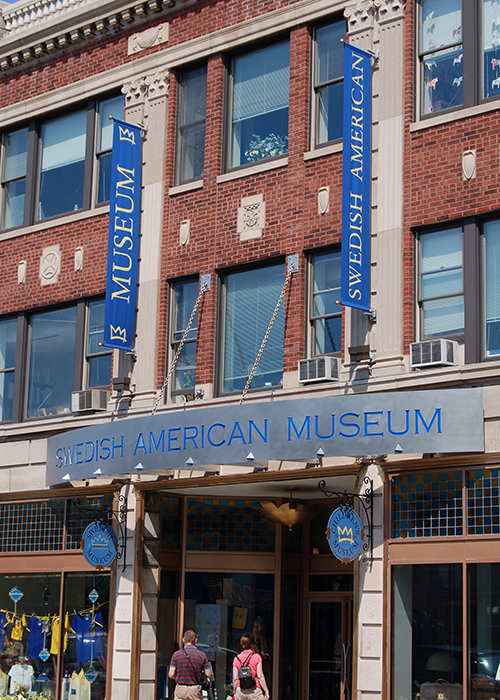 The museum serves as more than just a center of learning—it’s also a gathering place for gourmands and shoppers in the market for fresh, mouthwatering fare. On Wednesdays, May 18 through Oct. 19, the Andersonville Farmers Market—named by Chicago Magazine as one of the top five farmers markets in Chicago in 2013—is sought out for its great collection of cut flowers, heirloom produce, specialty baked goods, and more. For more foodie-friendly activities, The Wooden Spoon cooking school is family owned and operated and incorporates ingredients from the rooftop garden into the various recipes and lessons.

Beyond the museum, visitors are sure to find amusing activities that will offer original experiences day or night. Those looking for exercise can find it a short walk to the lake at Andersonville’s local shore, Kathy Osterman Beach, where the Chicago Paddle Co. has a location for both paddleboard rentals and lessons for beginners. From the water, paddlers are treated to an incredible skyline view in a serene setting. Theater buffs have no shortage of entertainment in Andersonville as the neighborhood is home to seven local theaters and workshops, including The Neo-Futurists theater ensemble—one of the most respected experimental theater companies in America. The troupe launched “Too Much Light Makes the Baby Go Blind” in 1988 and holds the title for the longest-running show in Chicago—an impressive feat in a theater town. 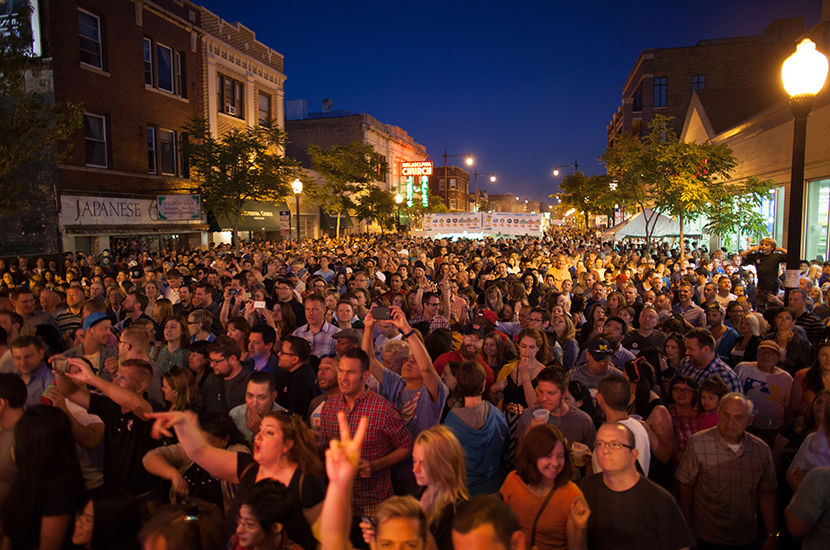 The culmination of all things Andersonville commences the weekend of June 10 when the streets are crowded with people attending Midsommarfest, the neighborhood’s summer street fair. A $10 donation buys attendees access to a day of food and fun and helps to keep the neighborhood’s dynamic programs running throughout the year. Nearly 50,000 diverse members of the community attend this weekend festival of music, food, Swedish heritage, crafts and performances.

Tradition meets epicurean haven in the restaurants that dot Andersonville’s North Clark Street. For a taste of authentic Nordic edibles, the landmark Swedish Bakery, opened in the 1920s, is a page out of time and is the neighborhood’s unrivaled sweets spot. Be sure to order the Andersonville Coffeecake: cardamom dough with cinnamon sugar and almond filling, says Eliza Williamson, general manager. While traditional Swedish products are the focus, the bakery also offers a variety of other European and old-fashioned American items. 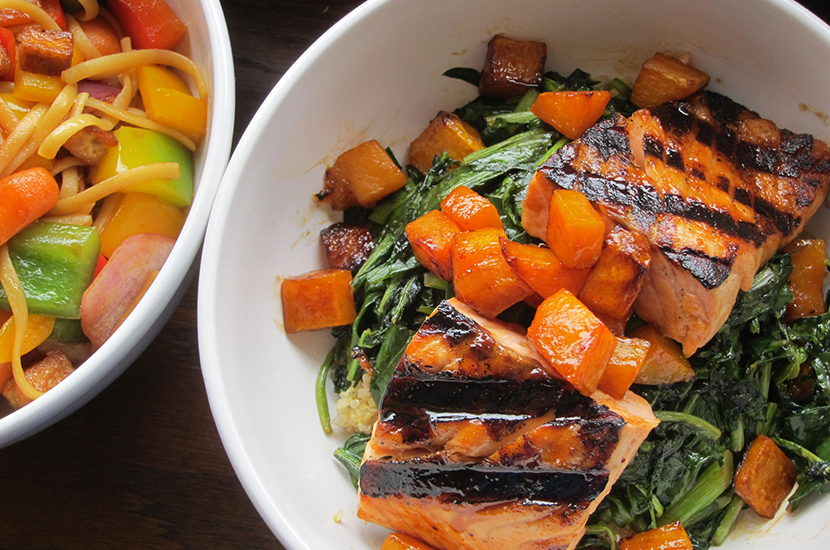 For a heartier breakfast, brunch or lunch, The Bongo Room gets raves for its signature cocktails along with decadent variations on the traditional benedict—think BLT, ground sirloin and deconstructed lobster roll.

While glogg, a mulled wine of European origin, may be the most prominent alcoholic drink in Andersonville, innovation abounds in the form of mixed libations. Elixir Lounge Andersonville not only handcrafts each cocktail, but celebrates the art of the perfect drink. Signature specials include the Pretty in Pink with BroVo Pretty, BroVo Pink, Aperol, prosecco, soda and orange, or the Swedish Dream with North Shore Aquavit, lingonberry syrup, soda, lemon and a crispbread cracker. The Brixton also features specialty cocktails, along with American cuisine and a great summer weather patio with tables and umbrellas. For whiskey lovers, neighborhood hot spot Little Bad Wolf features its take on favorites like the Old Fashioned and mint julep. Or try one of the signature drinks, specifically the often-reviewed El Chupacabra with Don Amado Rustico Mezcal, Cana Brava Rum, velvet falernum, LBW Pineapple Shrub, firewater bitters and black pepper. 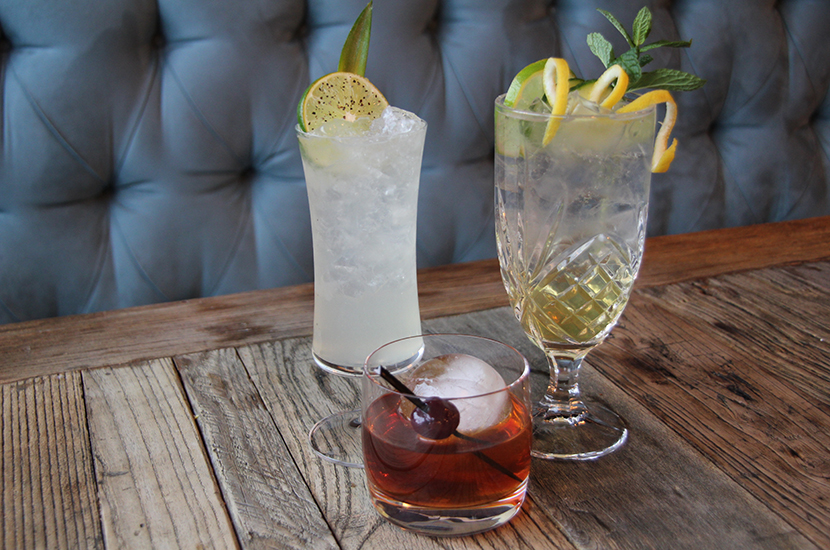 For a nonalcoholic beverage, visitors tend to linger at the The Coffee Studio, named in 2009 as one of the Bon Appétit top 10 boutique coffee shops in America. Try the Dolce Latte, which co-owner Lee Corrina Cano describes as “a very gently sweetened version of our signature latte and a popular introductory choice for people who want to discover the flavors of really great espresso but prefer a touch more rounded sweetness than the steamed milk alone provides.”

Eclectic antiques, chic interior design and stylish fashions intermingle along the streets of Andersonville, creating a landscape of retailers with new and old must-haves. The long history that permeates the neighborhood is easily evident at Brownstone Antiques, a shop that requires a little work to fully appreciate—be prepared to sift through piles of forgotten goods to find those unforgettable treasures. Just down the road, Scout is a home-decor heaven—refurbished vintage furniture is expertly curated in this centerpiece of neighborhood shopping. For stellar clothing finds, Turley Road features a wide variety of distinctive designers, while Milk Handmade offers handcrafted, limited-run finds for gifting and coveting, with items ranging from dresses to soft T-shirts to exclusive jewelry. 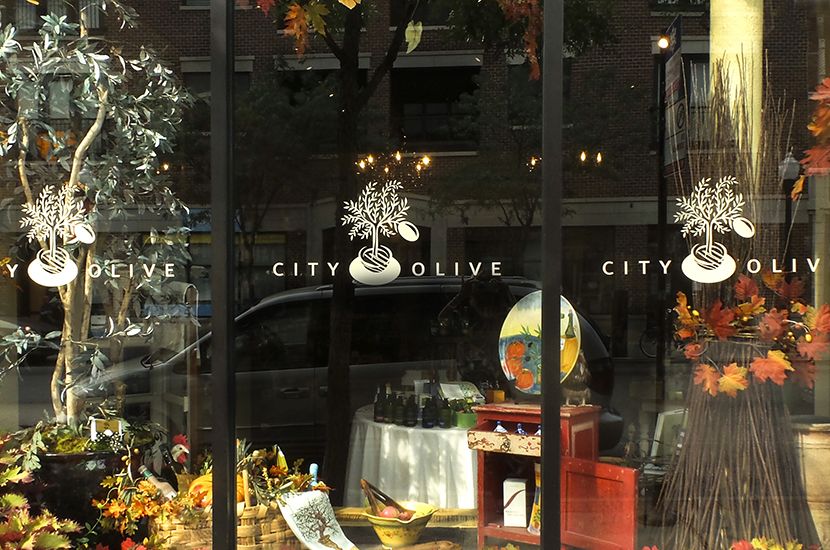 City Olive’s oils, vinegars and more are curated from around the world. (Courtesy of City Olive)

For unique food finds, City Olive offers a menagerie of oils, vinegars, pastas, mustards, olives, tapenades and other curated gourmet items from around the world. Finally, the Andersonville Galleria is like an upscale permanent indoor street fair, with more than 90 artisan merchants to choose from for that perfect gift. With handmade jewelry, accessories, kids’ clothes, paintings, crafts and even natural cosmetics and skin care, a visitor could spend hours perusing this uncommon urban collection.

While the Andersonville neighborhood has certainly evolved, the small-town feel remains. Bolstered by groups of passionate citizens and merchants who are committed to retaining its history and sense of community, Andersonville will continue to be, for the foreseeable future, a one-of-a-kind hamlet just a bit south (4,200 miles) of Stockholm.