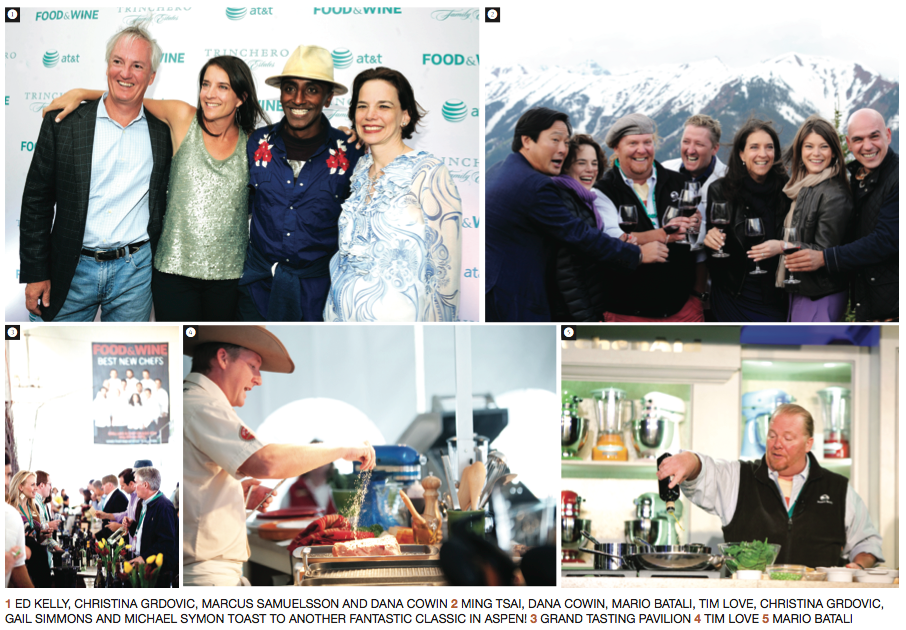 The FOOD & WINE Classic in Aspen celebrates 30 years of tasty pourings and pairings. 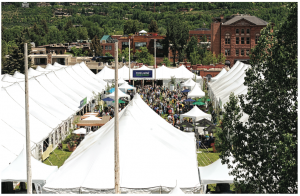 Sometimes great ideas just take on a life of their own.

In 1983 when Gary Plumley, owner of the Aspen wine store Of Grape & Grain, began what is now known as the FOOD & WINE Classic in Aspen, he was just hoping to spawn some businesses in an otherwise sleepy off-season.

“At that time we had two periods of year that were very slow, and we were trying to come up with something to generate people to come to Aspen in the spring and fall,” Plumley says. “I started thinking that we could do a wine event. This was just kind of grassroots.”

Plumley, who had opened his wine shop on Hopkins Avenue a few years earlier, collaborated with local entrepreneurs and Snowmass Village restaurateurs Bob and Ruth Kevan, owners of Chez Grandmere in Snowmass, to finance the first event. Hosted by the Aspen Chamber Resort Association and Snowmass Village Resort Association and sponsored by American Express, in its inaugural year, 21 wineries participated and the festival operated with a budget of less than $20,000. Today the classic is a multi-million-dollar affair.

By 1986, FOOD & WINE magazine had become a title sponsor, and added food and cooking demonstrations to the classic’s repertoire, but the festival was still small by today’s standards and required little organization or marketing.

“When I first came to Aspen, the event held 500 to 600 people and was still going back and forth between Aspen and Snowmass,” says Devin Padgett, special projects producer for FOOD & WINE, responsible for the assembly of Aspen and several other FOOD & WINE festivals. “It was much different than it is now. ”

The classic moved permanently to Aspen and Wagner Park in 1990, the same year Julia Child was first scheduled as the feature speaker. Just two years later, the name changed to Aspen FOOD & WINE Classic, and in 1996, the classic capped at 5,000 attendees, where numbers are currently held. Thanks to close proximity to downtown and the Grand Tasting tents, The St. Regis Aspen Resort became the host hotel to many of the classic’s biggest events, parties and demonstrations. 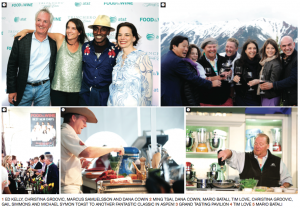 Standing the Test of Time

Part of the charm and success of Aspen, says Padgett, is the commitment to remain small and accessible for attendees. At no other festival in the world do attendees have such access to the stars of the food and wine industry, he says.

“It matches the breadth and personality of what Aspen is,” he adds “We don’t want to be any bigger. Plenty are bigger and flashier, but we are clean and organic. That is what we don’t want to be. We want to be progressive, but stay clear to our vision. It’s about Aspen. And here we let the product speak for itself.”

Thirty years after the first glass of wine was poured, this year the FOOD & WINE Classic in Aspen promises to be the best yet. It will feature the greatest number of chefs and winemakers gathered in Aspen, with Mario Batali, Giada De Laurentiis, Bobby Flay, Emeril Lagasse, Tom Colicchio, Danny Meyer, Jacques Pépin, Michael Symon, Ming Tsai and more, leading more than 80 cooking seminars and demonstrations.

“It’s done a lot of things for us,” says vice president and publisher of FOOD & WINE magazine, Chris Grdovic, of the classic. “Every magazine wants to bring the pages of its publication to life, and there’s nothing better than the FOOD & WINE Classic.”

And for Gary Plumley, the man who started it all, he will again be recognized at the annual publisher’s party atop Aspen Mountain, and receive VIP passes to the festival he created.