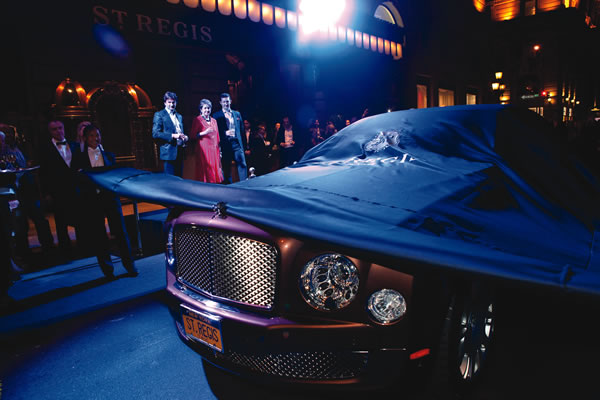 One of the liveliest cities in the world, New York is known for its red-carpet parties, celebrity-studded galas and cultural festivities. Looking back at 2012, some of the most exclusive events of the year were centered at Manhattan’s best address—The St. Regis New York. For the historic hotel, 2012 was filled with grand celebrations and important milestones, from a dinner honoring founder John Jacob Astor IV to polo matches in the St. Regis tradition and visits with global dignitaries. Paying tribute to the St. Regis’ rich heritage, while also embracing modern-day values, these events made for a memorable year and set the stage for an exciting 2013.

1. The U.S. Open was celebrated at The St. Regis New York with an intimate cocktail reception held in the Presidential Suite with special guests of honor: tennis stars and Olympic gold medalists Venus and Serena Williams. (L to R): Gary Merjian, Venus Williams, Paul Nash, Serena Williams, Trine Ackelman.  2. In April, The St. Regis New York hosted a private dinner in honor of its founder, Col. John Jacob Astor IV, who perished onboard the majestic RMS Titanic when it went down on its maiden voyage 100 years ago. 3. Former President Bill Clinton was greeted warmly by General Manager Paul Nash during his visit to The St. Regis New York during UNGA.