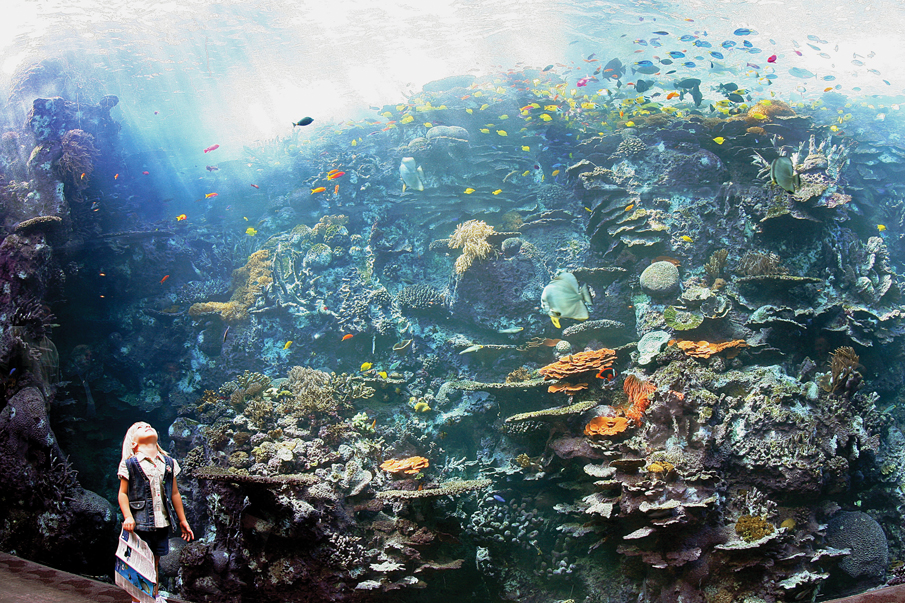 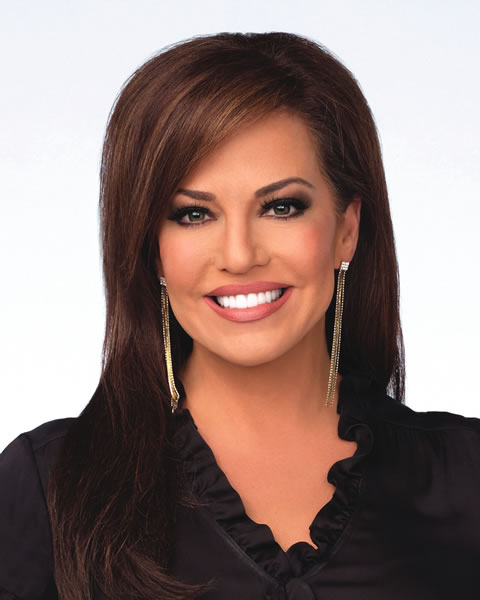 It’s become something of a cliche to say that someone in a given field can “do it all,” but it appears that this description perfectly fits Robin Meade. Best known as the anchor of HLN’s morning show, “Morning Express with Robin Meade,” the 43-year-old Atlanta resident has long since proven herself adept at just about any challenge she has ever cared to conquer.

A native of New London, Ohio, Meade graduated from Ashland University (where she majored in radio/television production, programming and performance and minored in political science) in 1991. Meade, a longtime participant in pageants, then went on to become Miss Ohio and a semifinalist in the Miss America pageant.

“When I won Miss Ohio in 1992, I got a job as an anchor at a station in Cleveland,” Meade says. “It definitely helped me break in, but I don’t think [being Miss Ohio] did me any favors as far as being taken seriously. By the time I got to Chicago I’d learned to just shut up about it.”

Whether or not pageantry aided Meade in her illustrious career, the broadcaster worked hard, eventually moving her way up the TV news ranks. After beginning her career in Ohio, Meade moved to a larger market in Miami before landing a major role at the NBC affiliate WMAQ-TV in Chicago as a morning anchor. During her tenure with the NBC affiliate, she covered the 1996 Olympics, which included special reporting on the Centennial Olympic Park bombing. She then joined HLN (then known as CNN Headline News) in September 2001—a pivotal point in U.S. history. Among many other stories, Meade anchored the network’s coverage of Operation Enduring Freedom and Operation Iraqi Freedom. In 2005, she was inducted into the Ohio Broadcasting Hall of Fame. By the end of the decade, she had performed a tandem skydive with President George H.W. Bush, anchored network coverage of wars in Afghanistan and Iraq and scored an exclusive interview with American hostages freed by Fuerzas Armadas Revolucionarias de Colombia (FARC) captors.

But the talented Meade didn’t stop there. Her first book, 2009’s “Morning Sunshine! How to Radiate Confidence and Feel it Too,” was an instant New York Times best-seller. In 2011, Meade released her debut album as a country music singer-songwriter, “Brand New Day,” which included tunes co-written with big stars such as John Rich, “American Idol’s” Bo Bice and producer/songwriter Victoria Shaw (also known as Lady Antebellum).

When Meade is not juggling all of these different responsibilities, the notable Atlanta resident can often be found exploring the best the city has to offer. Here, she gives insight into some of her favorite things to do and places to go around town. 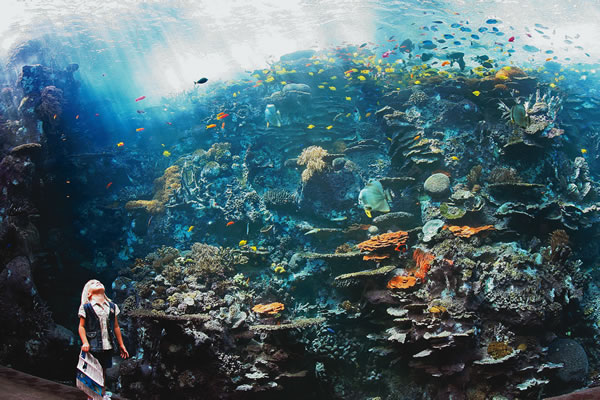 One of the top places on Meade’s list of must-sees in Atlanta just happens to involve creatures of the sea—the Georgia Aquarium.

“When friends or family come to town, I always ask if they’re going over to the aquarium, because the Georgia Aquarium is unlike any aquarium I’ve ever seen,” Meade says. “I used to live in Chicago, and the Shedd Aquarium is huge and does a fabulous job. But the Georgia Aquarium is completely different—colorful, interactive and modern, offering a very unique experience.”

Meade adds that visitors can go behind the scenes and watch staff cut up the food for the animals, swim with the whale sharks or interact with beluga whales. The building’s breathtaking design is well worth a trip as well, whether you’re coming from Germany or just a few suburbs away in Georgia.

“They even have a touch pool where you’re allowed to touch stingrays,” she says. “How cool is that? It’s a great place for kids, but you don’t have to be a kid to find it engaging.” (404-581-4000; georgiaaquarium.org)

Additionally, as Atlanta is becoming something of an “international destination”—with an array of restaurants serving cuisine from around the world—one of Meade’s favorite places to visit for a “global” getaway is the Dekalb Farmers Market.

“You have to go to the Dekalb Farmers Market, because it is not your typical farmers market,” Meade says. “Usually you think of a market where farmers are bringing in produce from around Georgia, but this place has seemingly every type of edible delicacy from all around the world.

“Even though I’m a vegetarian, it’s fascinating to see the hoof of this animal or the ear of that animal, because you know someone must make a soup out of it,” she adds. “It’s also fun to go through the spice aisle—it took me an hour once, because I was reading and looking at everything.”

But the most intriguing part of the farmers market for Meade is that cooks take fresh ingredients and make dishes for the cafeteria from the items found on site. 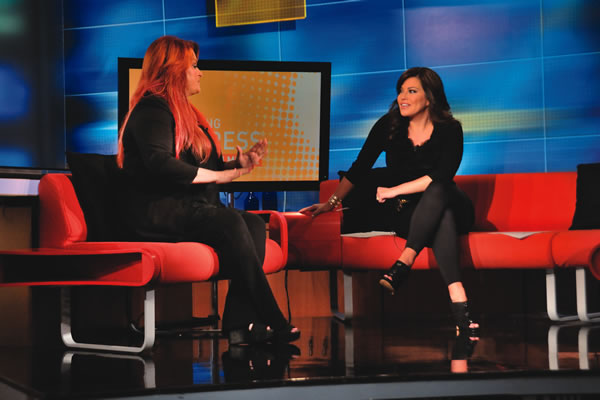 See the host of HLN’s “Morning Express with Robin Meade” live in action at the CNN Center in Atlanta.

While the CNN Center offers a regular studio tour, on Thursdays it gives a special “Morning Express with Robin Meade Tour,” which ends on the live TV set with anchor Robin Meade.

“We keep it small, around 10 people a week, and they do a background check to clear everybody because you’re on a live TV show,” Meade says. “When the show ends, I meet with the group for about 30 minutes … If it’s a big group, we usually show them on the air. I always say that if you told your boss you were sick today, be careful you don’t end up on camera!”

This behind-the-scenes backstage tour of “Morning Express with Robin Meade” includes being in the control room as Meade gives breaking news, a souvenir picture and an once-in-a-lifetime opportunity to meet the famed broadcaster and country music singer. (404-827-2300; cnn.com/tour/meade.html)

For a night out, Meade recommends Eddie’s Attic in Decatur for a bona fide singer-songwriter listening room experience.

“I’m a country music singer-songwriter, so I go up to Nashville a lot for songwriting because there’s so much of it done there,” Meade says. “Every now and then you need some inspiration, and Eddie’s isn’t like the honky-tonks in Nashville, where it can be loud.” (404-377-4976; eddiesattic.com)

In addition to singing and songwriting, the gifted Meade also knows how to play a good game on the green. Her favorite local place to tee off is Atlanta Country Club in Marietta.

“I had never seen a truly beautiful golf course locally until I went to take my first lesson at the Atlanta Country Club,” she says. “It’s a private, historic club, but you don’t have to be a member to take lessons there. It’s one of those courses that run against the Civil War ruins of a paper mill. It’s fascinating to not only work on your game with a fabulous golf pro, but also to see the beautiful surroundings there.” (770-953-2100; atlantacountryclub.org) 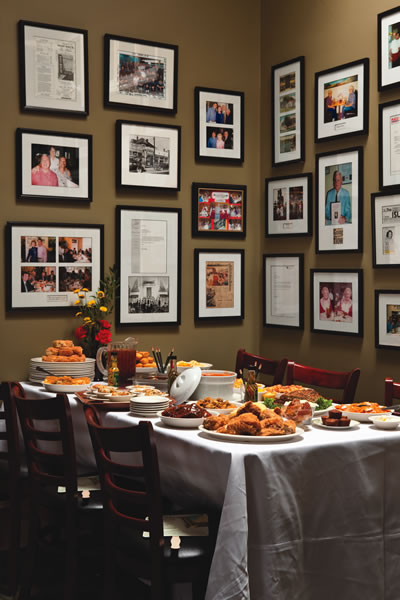 “I send my guests to Mary Mac’s Tea Room,” Meade says. “My brother recently visited for Thanksgiving and he was still talking about that place, asking if it was still in existence.”

Meade notes that she loves the special attention that the tearoom gives to its first-time customers. For example, a new customer receives a special “Pot Likker” soup to start his or her meal—and the staff at Mary Mac’s ensures that the guest has had his or her fill.

“You seriously cannot get in there if you don’t have reservations,” Meade says. “Even the spillover table is booked. I used to live in Dunwoody, but we recently moved to Sandy Springs, right on the East Cobb line. It’s our favorite.” (678-214-6888; eatatseed.com)

While Atlanta boasts many high-end shopping destinations, Meade favors a diverse array of shops for both luxury and bargain shopping.

“Lenox Square Mall is a great place to go for people watching and also for going from one brand store to the next,” she says. “In the past 10 years, I’ve noticed that Lenox Square has grown to include a lot more brand stores—like the Ralph Lauren store or the Diesel store. Anything you could possibly need brand-wise is there.” (404-233-7575; simon.com/mall/lenox-square)

“I used to shop at Fox’s in Chicago, and that’s how I knew what it was,” she says. “Their stuff is so discounted. Sometimes you’ll see an item where they have to cut the tag out because it’s such a well-known designer that there is no way they would want you to know that you got their stuff so cheaply. Some of the costume jewelry that I wear on the air actually comes from there.” (404-814-9292; foxs.com) 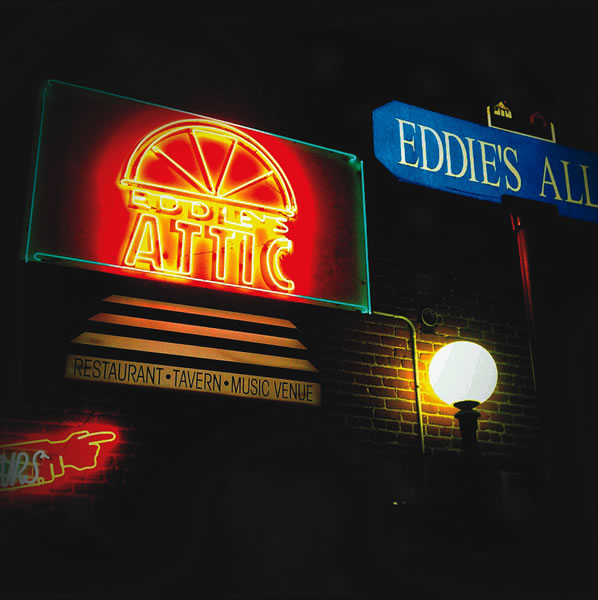 While Meade’s busy days are often filled with on-air broadcasting reports and days in the studio recording her next album, every star has to relax once in a while. For those days, Meade prefers weekends at Lake Sinclair or Lake Oconee, both an hour-and-a-half drive from Atlanta.

“Once I finish work for the week, we spend a lot of our weekends out at Lake Sinclair or Lake Oconee,” Meade says. “Even though Georgia’s lakes are mostly man-made, they’re great. We have a house on what we jokingly call the ‘little redneck lake.’

“I like to go to the cottage and just sit out on the pontoon, like the country song says,” Meade continues. “I call it the ‘no makeup zone,’ and it’s the only place where we actually do nothing. We still haven’t even replaced the pink carpet the house had when we bought it seven years ago. Every time we get there, we have good intentions, but then we’re like, ‘Let’s just go out on the pontoon.’ ” (oconee.org)

As a wife, singer and one of the most well-known TV personalities of the broadcast news industry, Meade’s time off to relax is well-deserved.

“So many people see people on TV or in their office and think, ‘Oh, they’ve got it so easy,’ because the grass is always greener on the other side,” Meade says. “But just because someone is a public figure, it doesn’t mean their life is a
fairy tale. I think that we can all learn something from each other.”