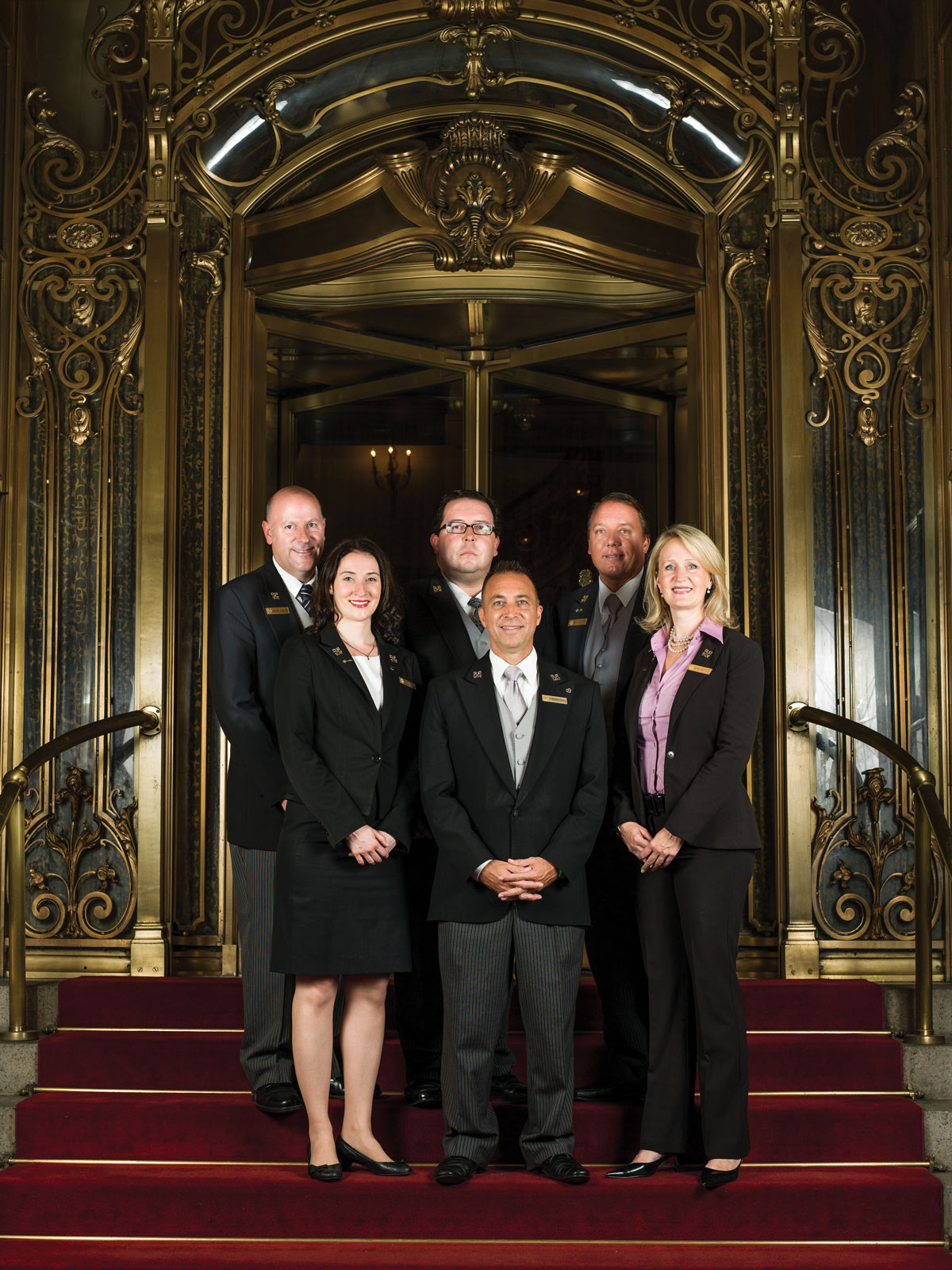 The Answer is “Yes”

One concierge hopped on a plane from New York to Chicago to hand-deliver items a guest had inadvertently left behind at the hotel. Another decorated a suite with hand-carved pumpkins and other Halloween items for a private holiday celebration for the guest’s children. An attorney without a legal secretary needed an important document typed up that had to be filed the next morning, so a dedicated concierge stepped in to get the job done.

“Our favorite saying is, ‘The answer is yes, what is your question?’ ” says Maria Wittorp-DeJonge, chef concierge. “You are a born concierge, or you are not; you have to be the ultimate people pleaser.”

The eight concierges at The St. Regis New York were all born into the profession, with more than 100 years of experience between them. Combined, they speak 12 languages fluently, including German, French, Romanian, Italian, Spanish and others.

“My language skills have come to the rescue many times, allowing guests to speak in their native tongue and not have to struggle with English,” notes Harald Mootz, a concierge at The St. Regis New York, who speaks French and German in addition to English.

All the concierges are members of Les Clefs d’Or, which means “keys of gold,” a prestigious hotel concierge organization that accepts the best-of-the-best following a rigorous application process. Applicants must have been employed a minimum number of five years in the profession, provide recommendations, undergo testing and more. In addition to having a background that demonstrates their knowledge and experience, the concierges at The St. Regis New York all have intense passion for their city.

Wittorp-DeJonge, who has been a concierge at the hotel for 19 years, describes what she looks for when bringing a new concierge on board. “If they really have this passion for New York City and the world, you can’t fake that,” she says. “You can know your stuff, know other languages, but if you don’t have that passion you won’t make the desk the best in the city.”

To make the desk the best in the city, concierge team members bring a variety of extensive education, training and experience. While there are concierge schools and concierge certificate programs, there is no single path to working in the profession, Wittorp-DeJonge says.

“It’s a job that finds you, you don’t find it,” she adds, reiterating that it is often about personality and passion rather than the type of college degree a concierge holds. She has a degree from a German hospitality school and started working at The St. Regis New York as a butler in 1991. She became a concierge in 1993 after the job found her.

“I had no intention of becoming a concierge,” says Wittorp-DeJonge, noting that her interest was in sales. When Countess Raine Spencer, stepmother of the late Princess Diana, stayed at the hotel, Wittorp-DeJonge’s career path changed forever. Spencer requested the same butler for her entire weeklong stay, and Wittorp-DeJonge took on the task. After seeing how well she assisted Spencer, Pascal Riffaud (then chef concierge) thought Wittorp-DeJonge was a good fit for the concierge role. “I’ve never looked back,” she says.

Concierge Annah Pelin studied English and American literature, and then ended up with a psychology major in college. “I worked in a psychiatric ward for two years before starting in hospitality,” she says. “The best concierges have emotional intelligence. They have the ability to size up a request and communicate solutions in an appealing way.”

A background in languages helped both Mootz and Robert D. Geist, assistant chef concierge, find their career callings. “I graduated with a Bachelor of Science in liberal studies, with minors in German, French and communications,” Mootz says. “These have all worked in my favor for my career as a concierge.”

Geist graduated from Rutgers University in New Jersey with a bachelor’s in German and studied abroad in Konstanz, Germany, during his junior year. His education, coupled with a strong interest in people, has made him a natural in the role.

“It is in my blood to travel and converse with people and this carries over into my job, where I meet new people daily, make emotional bonds, and sometimes even form lasting friendships,” Geist says. “There are no two days alike in the concierge profession. It is a job where you are part magician, part confidante, part psychiatrist, part personal assistant, part wizard.”

The concierge desk is staffed every day from 7 a.m. to midnight. (Outside these hours, the front desk handles questions that might arise.) Up to six concierges are on duty at any one time, fielding questions and requests received via email, telephone and walk-up guests.

With constant desk traffic, the concierge team must continually look for new ways to maintain its top-tier service. They rely on their own intuitiveness and interest in people, a strong network of resources, and even a bit of technology to make the sometimes seemingly miraculous happen for hotel guests.

“You have to use your human radar and know exactly what guests want before they even know,” Wittorp-DeJonge says. “It is innate in you, and you really have to understand people. You have to ask the right questions and observe the little nuances. When guests say, ‘I don’t know where I want to go,’ you give suggestions to see what they like. All of the sudden you see their eyes light up.”

Building a network also requires people skills. “As concierges we have to know how to communicate with people from all backgrounds in a way that makes them want to help us,” Pelin says. “This includes everyone from restaurant managers to courier services to vendors and media companies.”

Strong networking connections have helped the team on many occasions to fulfill the special requests of guests, including arranging private kitchen tours at exclusive restaurants, locating and shipping hard-to-find items—like a discontinued Louis Vuitton handbag—and even helping a guest locate a deceased relative’s grave at a cemetery in Queens.

Mootz notes the importance of networking, particularly with the large number of Les Clefs d’Or concierges throughout the world. Through that network he says he has been able to “make miracles happen” for guests. For example, he was recently able to obtain a table for lunch for a guest at the world’s top-rated and most sought-after restaurant in Denmark with only two days’ notice, all due to his Les Clefs d’Or colleagues.

Computer programs help the concierges keep track of their network resources as well as guests’ likes and dislikes. The St. Regis New York uses a program called Concierge Assistant, Geist says. “It organizes all contacts you make, including baby sitters, limousine services, florists and much more. You can pull up a guest’s itinerary at a glance. We can see what restaurants they’ve dined at, what foods they prefer, see whether they prefer a sedan or stretch limo.”

Being a concierge at The St. Regis New York is not all about helping; it is also about learning. While answering questions, they also discover answers that add to their vast knowledge base about the city and the hotel.

“I was asked if our lobby ceiling is an example of coffering,” Pelin recounts. “I thought ‘what is coffering?’ An Internet search produced articles on architecture and ceiling design, and I learned our lobby ceiling has mosaic tiling, concave ceiling murals and domes, but we do not have coffering. How many people get to research interesting topics on the spot for their guests?”

Concierges are also asked to be experts on gemology, technology, complicated cuisines, fashion, travel and pet ailments, for instance. “We love the challenge of learning something new and being able to talk about it immediately with confidence,” Pelin says.

Mootz concurs that being a concierge is a learning experience. “What I love most is that every day is a different scenario with unique questions and situations that require detailed research,” he says. “I learn something new about this vibrant city every day.” He adds that he especially cherishes having the ability to create lasting memories for his guests—for those making their first trips to New York and frequent visitors. 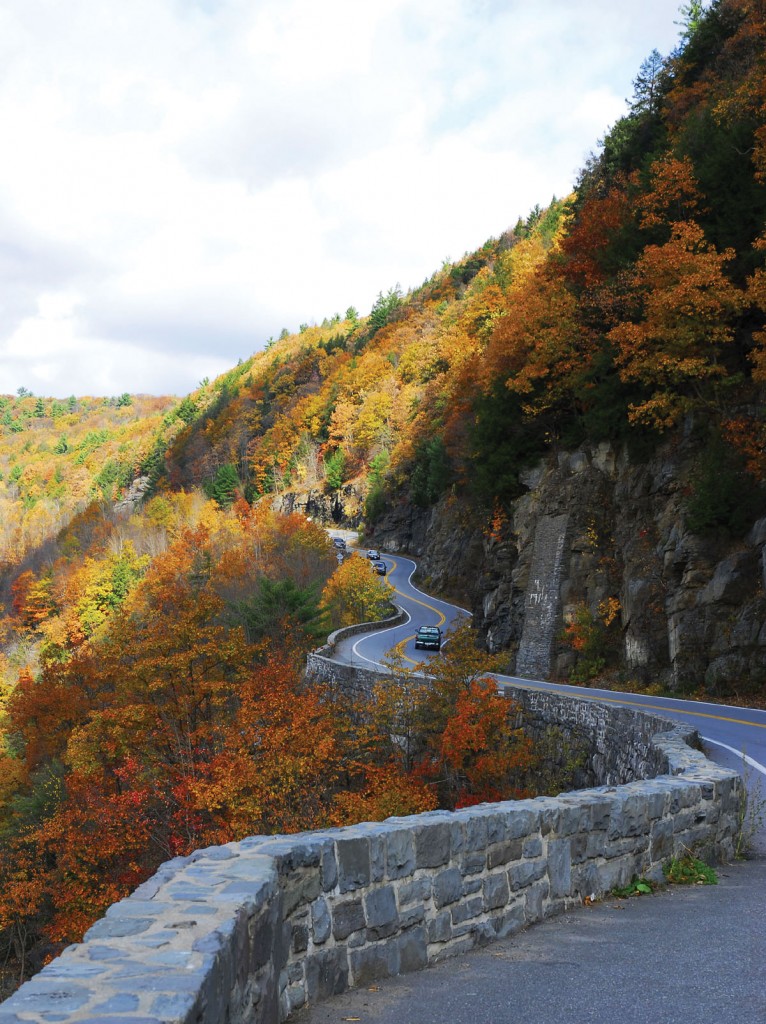 “Like Sportin’ Life says in ‘Porgy and Bess,’ ‘through Harlem we’ll go struttin’, we’ll go struttin’ and there’ll be nuttin’ too good for you,’ ” says McKinley Winston, concierge. “I would take the visitor to the Romanesque Revival house of P.T. Barnum on St. Nicholas Avenue and 149th Street. After that, I would bring them to see Strivers’ Row on 138th and 139th streets between Adam Clayton Powell Jr. and Frederick Douglass boulevards, built by Stanford White’s architectural firm, McKim, Mead and White. White was the victim of a murder, dubbed ‘the murder of the century’ and discussed in the play ‘Ragtime,’ because of his affair with the married Gibson girl, Evelyn Nesbit. If it were Sunday, I would go to St. Luke’s A.M.E Church at 153rd and Amsterdam Avenue for an amazing service with gospel music. After church, we would pop into Harlem’s hottest restaurant, Red Rooster, for a nice brunch.”

“While Central Park may be the usual answer, with its stunning colors in late September to October, I love to take a drive on the Taconic Parkway,” says Robert D. Geist, assistant chef concierge. “The parkway is north of the city and is lined with sugar maples, which turn brilliant yellow and red. This scenic parkway leads through forests and glades and into the Hudson Valley. One can make stops at some of the charming Hudson Valley towns, such as Cold Spring, and have a refreshment or lunch and stroll through some of the shops.”

“Jazz Standard is my favorite for live music,” says Annah Pelin, concierge at The St. Regis New York. “It has great lineups, and guests can enjoy amazing barbecue food from Blue Smoke restaurant.”

“One of my favorite dessert places is ChikaLicious, located on the Lower East Side of Manhattan,” says Peter Kent, concierge at The St. Regis New York. “They do desserts only and have a great selection of pastries, cheeses, sorbets and more. They offer a three-course dessert, with coffee, tea or wine, or you can order a la carte.” 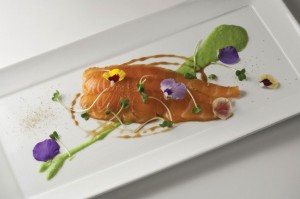 “New York is notorious for having some great speakeasy bars … and enjoying the cultural aspect of drinks made fresh with the best ingredients is what I really appreciate,” says Harald Mootz, concierge. “The Back Room at 102 Norfolk St. at Delancey in the Lower East Side transports you to an earlier era of prohibition, where drinks are still served in tea cups. For wine, I enjoy the terrace of Morrell’s Wine Bar at Rockefeller Center. Morrell’s is one of the premier wine shops in the city, and the little cafe they opened up next door serves a large selection of by-the-glass wines and a nice food menu. It’s nice to sit on the terrace and people watch.”