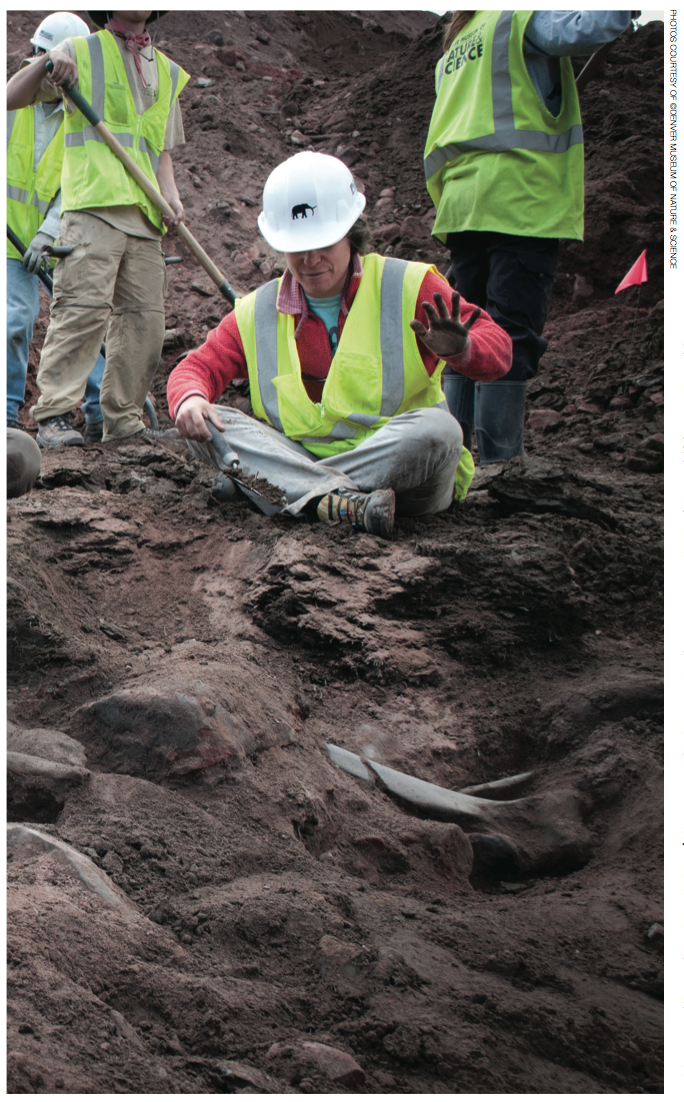 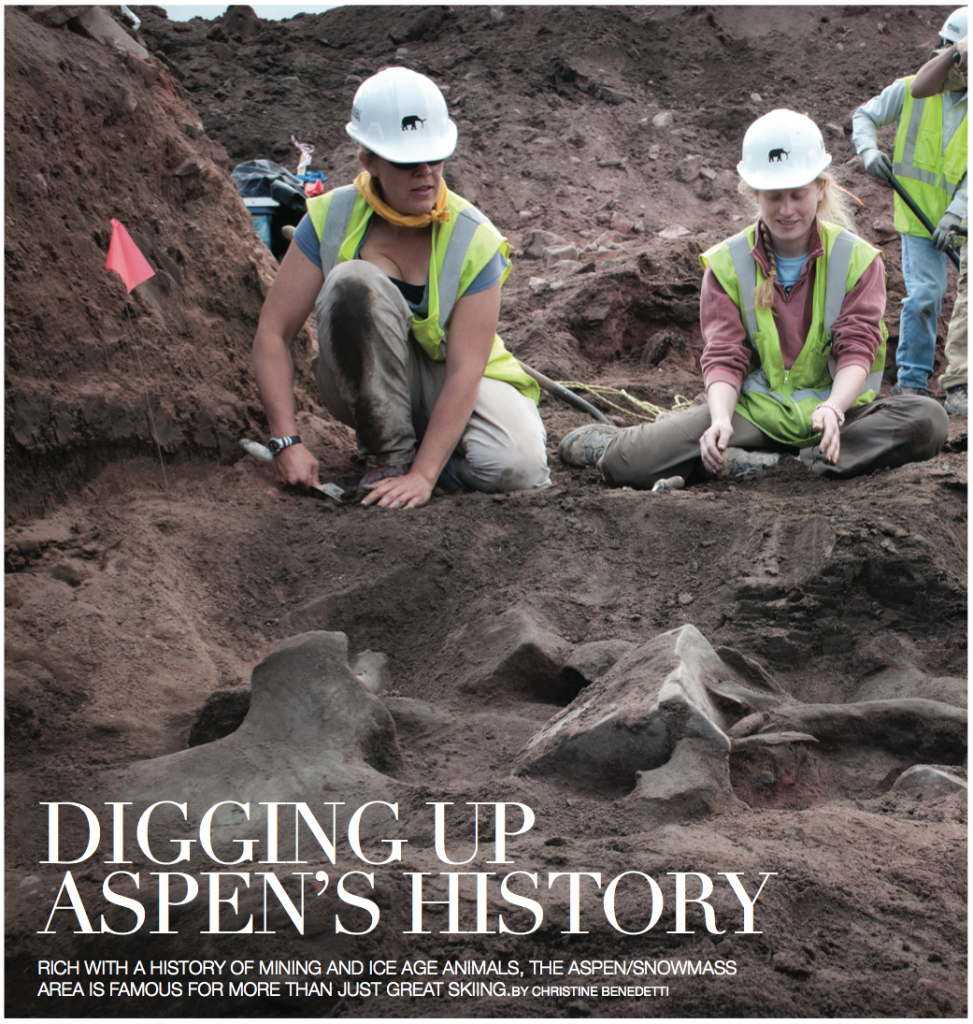 Rich with a history of mining and ice age animals, the Aspen/Snowmass area is famous for more than just great skiing.

When Jesse Steele’s bulldozer struck an abnormally large bone in October 2010, he didn’t know it would change the course of Aspen and Snowmass history. The heavy equipment operator from Grand Junction was working to excavate the Ziegler Reservoir for the town of Snowmass Village, but he stopped to examine what turned out to be a rib bone from a young female mammoth, who died in the shallow glacial lake at least 43,500 years prior.

The Denver Museum of Nature & Science was called in immediately, and over the next nine months hundreds of volunteers, researchers and scientists unearthed more than 5,000 bones from 41 different kinds of Ice Age animals. These include the remains of mammoths, mastodons, ground sloths, camels, deer, horses and giant bison. 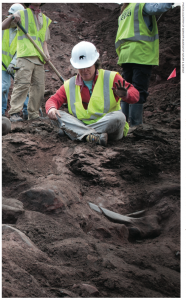 A Find for the Record Books

“It’s really huge,” says Dr. Kirk Johnson, the Denver Museum of Nature & Science’s chief curator and vice president. “I’ve been doing a lot of traveling to other museums and looking at their stuff. One of the things that jumps out is how good these materials are—they are exquisite.”

The discovery is one of the most significant fossil finds in Colorado history. The high-altitude reservoir sits in a protected area between the Brush Creek and Snowmass Creek valleys, and one theory scientists are testing is that an earthquake trapped the animals in quicksand produced from disrupted lake sediment.

There are many unanswered questions being explored, Johnson says. “Why were the mastodon there? How about the mammoth? … It’s a very target-rich environment, with lots of questions to be asked. Though quicksand may be the best theory, we may not have stumbled on the right answer yet.”

Named the Snowmastodon Project, the fossil discovery put the Aspen/Snowmass area back on the international radar— not for its glamour, but for its wealth of history now dating back to tens of thousands of years ago.

Today, the Snowmass Ice Age Discovery Center is open to the public in Snowmass Village. It chronicles the dig and its findings, and Johnson and Miller have just released a book, “Digging Snowmastodon,” which is a 144-page narrative account of the entire project. Most of the unearthed bones are at the museum in Denver, but a handful are with specialists for study.

The team of scientists and volunteers had a limited window of time to excavate the reservoir because of contractual obligations between property owners and the town. It was one of the fastest digs in North American history, which involved 380 diggers unearthing more than 20 million pounds of dirt. 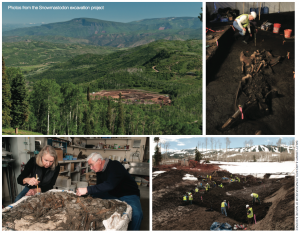 “We’re just getting started,” Johnson adds. In June, the team of 41 scientists will reconvene to report and analyze their findings, and in the next year the first scientific report about the dig is scheduled to be published.

Prior to this paleontological find, Aspen’s rich mining, ranching and skiing history stole the spotlight in the Roaring Fork Valley.

“The discovery gives Snowmass a new identity that they can call their own,” says Georgia Hanson, president and CEO of the Aspen Historical Society. “It’s an opportunity because it’s a find of national, if not global importance. And the lingering question of a possible presence of man, or of human, is so intriguing and will keep us all going for years.”

Separated by 14 miles, Aspen and Snowmass keep different histories, and maintain separate identities with unifying elements such as recreation and culture. But it’s Aspen’s history that makes it a unique destination and place to live.

“What makes Aspen so special for everyone isn’t a mystery, but a puzzle; it’s a conundrum. It’s the question that everyone wants to answer because they want to bottle it, and we don’t know what it is,” Hanson says. “It’s a combination of the people, the attitude and the pioneer spirit.”

Aspen’s story starts with the Ute Indians more than 800 years ago. The native peoples set up their summer camps throughout the Roaring Fork Valley and Aspen, called Ute Springs at the time.

Over the next 14 years, the town’s population grew to 16,000 people, more than double its current numbers. At its peak, Aspen was home to six newspapers, four schools, three banks, a hospital, two theaters, an opera house and a red light district, plus two railroads. It was the largest silver- producing district annually in the nation, with one- sixth of the nation’s silver coming from the valley.

It was during this time that Jerome B. Wheeler came to town. As co-owner of Macy’s, he brought money with him. He built the iconic Hotel Jerome and a mansion in the west end of town for his wife, marking Aspen as more than a mining town—it was a permanent Victorian city. His former home now houses the Wheeler/Stallard Museum and Aspen Historical Society. 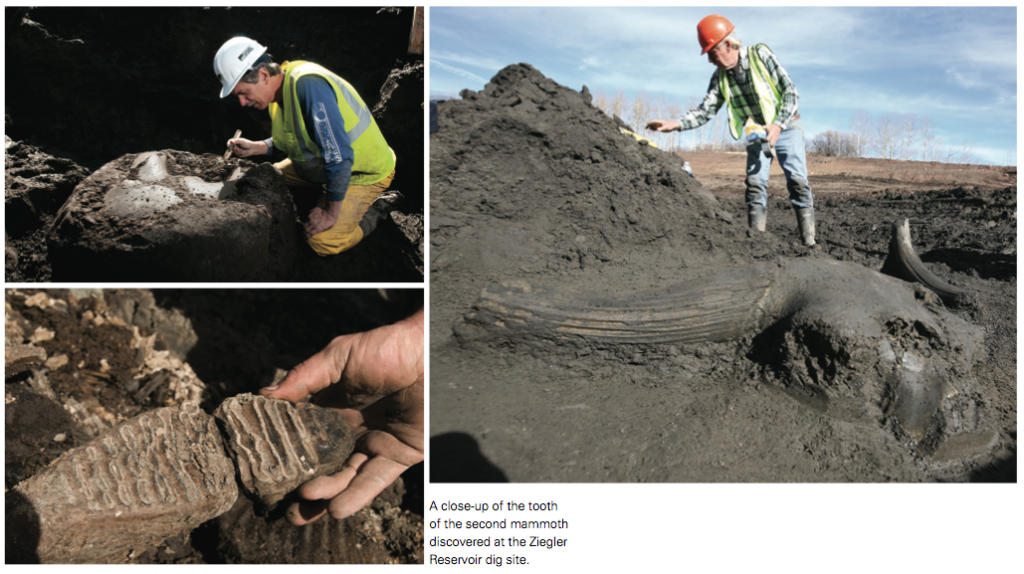 The world’s largest silver nugget was found in Aspen’s Smuggler Mine in 1894, weighing 1,840 pounds. But, it was discovered after the repeal of the Sherman Silver Act, which demonetized silver, and there was little value to its find at the time.

Today, many of the street names in town honor the mining boom, like Hopkins, Gillespie, Hyman and Cooper, which pay homage to various men who settled there.

All Downhill from Here

During the “quiet years”—the downtime between the mining era and Aspen’s rebirth as a cultural and recreational destination—ranching was the sustainable way of life.

“I think that the success of deeply rooted agricultural background combined with the stunning beauty would have served as the foundation to allow the mind, body and spirit to prevail with or without ski hills,” Hanson comments. “There is something about this valley that makes you want to strive to excel.”

But then skiing was introduced, changing Aspen’s character forever.

In 1947, Aspen Skiing Corporation opened the world’s longest chairlift, whisking riders from the base to the top in 45 minutes. Three years later, Aspen hosted the FIS World Alpine Championship, the first sanctioned ski race in the United States. The ski races are still held on Aspen Mountain every winter, but the ride to the top is only 15 minutes via the Silver Queen Gondola, a six-passenger ride outfitted with solar-powered iPod-docking stations.

Veterans of the 10th Mountain Division, who trained in the surrounding mountains during World War II, returned with their passion for the snow and some, like Friedl Pfeifer, were instrumental in bringing skiing to the area. He became the first Aspen Ski School director.

At the same time, a wealthy visionary and industrialist from Chicago also fell in love with the Roaring Fork Valley. Walter Paepcke, head of Container Corporation of America, and his wife, Elizabeth, escaped the city to implement their ideal lifestyle: a synergy between mind, body and spirit. This marriage between healthy minds and bodies is at the heart of Aspen today.

“The Aspen story is steeped with luminaries— its influence carries far beyond the area,” Hanson says. “The artifacts that lurk in our collection (at the Aspen Historical Society) are of astounding import, far beyond provincial interest. That’s because the visionaries attract great ideas. The physical beauty combined with the intellect creates magical results.”

The Aspen Institute and Aspen Music Festival and School are two modern-day manifestations of Paepcke’s vision and shining examples of the town’s cosmopolitan cultural offerings.

Over the next five decades, Aspen continued to prosper as a center for recreation, a place to challenge one’s mind and an ultimate destination for both visitors and those who call the area home. With the addition of Snowmass, Buttermilk and Aspen Highlands resort areas, skiing and snowboarding offerings multiplied by four.

The town’s rich history is part of its appeal and is still very much alive today. The Aspen Historical Society offers engaging, interactive tours by bike, foot and a unique electric-powered coach, and Dean Weiler operates Aspen Walking Tours.

Hanson calls their approach to history “taking it to the streets,” and it’s been effective across age groups and demographics.

From Snowmass to Aspen, by keeping its local history alive, the past is this valley’s future.