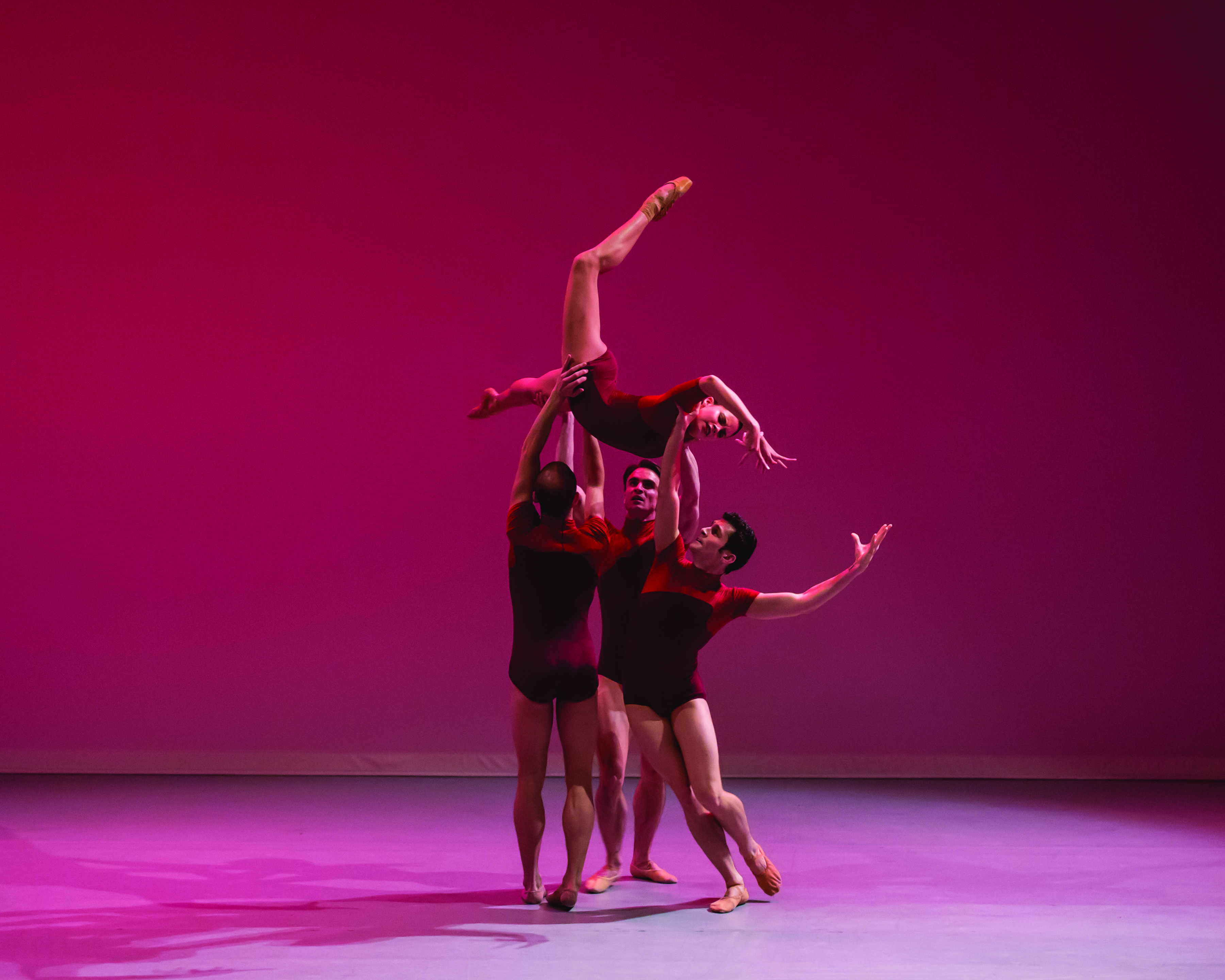 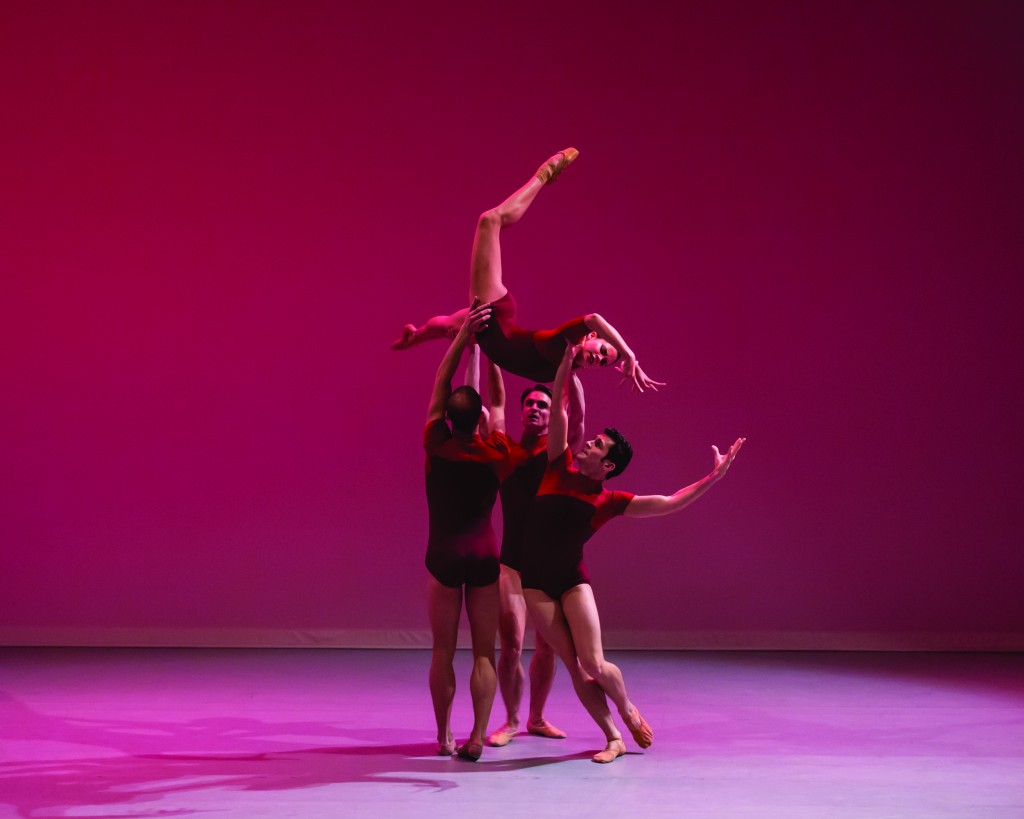 Before the premiere of “The Heart(s)pace” in February, choreographer Nicolo Fonte held an open rehearsal so the public could watch Aspen Santa Fe Ballet dancers put the finishing touches on the piece.

While they ran through the performance, he kept commentary at a minimum, chiming in with the occasional affirmation or emphatic hand clap. After it was done, the group and Fonte had a conversation about which places needed attention.

“I feel like it’s our piece and not just mine,” he told the audience. “And that’s a good thing to have happened.”

This collaborative aspect and close relationship between the company and choreographer is definitive for the Aspen Santa Fe Ballet (ASFB). Fonte is clearly the artist, and the dancers his clay to mold. Since 2000, he’s been commissioned for eight works by ASFB, and it’s ultimately helped to shape the company.

Fonte joins a handful of choreographers—Norbert De La Cruz III, Jorma Elo and Cayetano Soto—whose careers ASFB has helped to grow. When Bebe Schweppe founded the company in 1996, there were six dancers compared to today’s 10, and it didn’t yet have the reputation for attracting emerging choreographers. Today, nurturing those relationships is integral to its mission.

“It’s something that’s served us really well,” says Tom Mossbrucker, ASFB’s artistic director. “When we found someone that was a good fit, we said, ‘Let’s do it again.’ … We are looking for new choreographers, but we’re devoted to those we have because those relationships just keep getting better and better.”

This summer, “The Heart(s)pace” is one of three pieces that ASFB will perform July 17 and 18 at the Aspen District Theatre. In addition, the highly celebrated company will present Jirí Kylián’s “Return to a Strange Land” and De La Cruz’s “Square None.”

Nearly two decades ago, on Schweppe’s invitation, Mossbrucker and Jean-Philippe Malaty (now the company’s executive director) moved to Aspen from New York City. Both were Joffrey Ballet dancers, and Schweppe recruited them to develop a modern dance company in the Rocky Mountains.

It launched as an Aspen-based organization, but in 2000, it merged with a company in Santa Fe, N.M., to create a hybrid business model that keeps year-round dance in both cities. And, over the years, the nonprofit’s reach has extended far beyond those state lines. The dance company’s distinctive style and pioneering spirit has won it much acclaim from critics and audiences around the globe.

“A huge perk of this job is that we get to see the world doing what we love,” says Samantha Klanac Campanile, who’s starting her 13th season with the company. “And we get to do it with the people we care about, too. I’ve gotten to go places that I would have never imagined going.”

That list includes last year’s inaugural trip to Moscow along with international tours to Brazil, Canada, France, Greece, Guatemala, Israel and Italy. Both Mossbrucker and Campanile recall heavy traveling years back in 2007 when they visited nearly 40 cities in one year. Now, the pace has slowed, but the caliber hasn’t. This summer, the company will return to New York City’s Joyce Theater, considered one of the premier venues for dance, and Jacob’s Pillow Dance Festival in Becket, Mass.

Touring has allowed ASFB to grow in markets around the world and, in some cases, the company’s arrival is heavily anticipated. “It’s funny, because they almost know us more [in] other places,” Campanile says. “We’ll hear that ‘I’ve been waiting to see you,’ from people there, and it’s because of the touring.”

When not on the road, ASFB is busy hosting a variety of visiting dance companies at home and preparing for its own performance. The 2014 summer kicks off with Diavolo, which returns to Aspen on July 5 and 6. Using life-size props and structures, Diavolo’s dancers creates a moving playground by transforming the space in, above and around them into their stage with a combination of ballet, acrobatics, gymnastics, modern dance and hip-hop.

Part of the company’s visit includes a Dance for Kids! performance. ASFB hosts at least two of these each summer, and the special one-hour performance is geared toward a younger audience, offering children the same quality of dance with an age-appropriate twist. 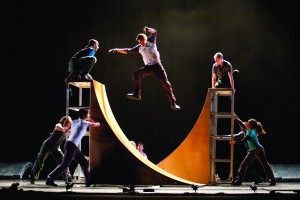 The second Dance for Kids! presentation features a collaboration between Batoto Yetu (Swahili for “our children”) and ASFB’s Folklorico program, which gives students from kindergarten to 12th grade a chance to learn Mexican folkloric dance in the communities of Aspen and Santa Fe. Hundreds participate and it’s grown to become a regional, award-winning piece of ASFB’s mission.

A similar program with the same name exists in Harlem, N.Y., where children learn traditional African dance in an after-school program. “We met the founder and fell in love with it,” Mossbrucker says. With so many similarities, Mossbrucker and Malaty decided to bring 25 of those Harlem dancers to Aspen for a week of exploring the Rocky Mountains and a culminating performance combining both groups of students.“The kids in Folklorico sometimes feel like they are the only minority,” Mossbrucker says. “These are completely different children their own age and it’s a very cool exchange.”

The two will team up again for a July 26 performance. Also this summer, the Juan Siddi Flamenco Theatre Co. (which joined forces with ASFB earlier this year) performs July 22 and Aug. 5, followed by Stars of the American Ballet on Aug. 8. 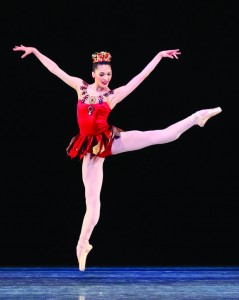 New York City Ball
et principal dancer Daniel Ulbricht founded the Stars group, which brings ballet to cities that rarely host performances of this genre. Because the troupe tours with principal and soloist-level dancers from major American companies, audiences are introduced to top-caliber dancers typically only seen on stage in bigger cities.

And, just because ASFB typically presents modern and contemporary companies doesn’t mean it ignores classic ballet. In fact, the company returns to its roots with Ballet West’s (out of Salt Lake City) traditional performance Aug. 16.

Dancing into the Future

It’s fitting that ASFB closes out its home summer season with Ballet West because Fonte has worked as a resident choreographer with that company since 2012.
The Utah-based company also shares an interlaced history with ASFB; in the 1970s, Ballet West brought a program to Aspen that morphed into a dance camp and, eventually, became Dance Aspen. When that program folded, ASFB had just come onto the scene and took over presenting the city’s summer dance festival.

Ballet West returns often enough to satisfy the local audience’s classical dance cravings, while modern, edgy and provocative works are showcased during the rest of the season. Meanwhile, ASFB continues to commission pieces and round out its repertoire with 20th century masters. This evolution has been achieved through Mossbrucker and Malaty’s vision and ongoing collaborations with partners like Fonte. The choreographer has worked all over the world, from Australia to Sweden and Houston to Tulsa, Okla., but no other company has commissioned as many works from him as ASFB, and that’s a source of pride for everyone involved.

“As a dancer, it’s nice. You’ve evolved as a choreographer and you’ve evolved as a dancer—you’ve gone someplace different since the last time you’ve worked together,” Campanile says. “So even though you’re the same people, there’s a comfort level you’re not afraid to keep pushing.”

That cultivation of relationships—even as dancers retire and move on and new ones come in—is a cornerstone of ASFB’s programming.

“They have unfaltering support for what I’m doing,” Fonte says of the company and its leaders. “That comes from years of knowing each other. … It’s a more useful tool to create a safe atmosphere for experience and creativity. I’d rather make everyone feel like they can be themselves in the parameters of the piece.”

But don’t expect “The Heart(s)pace” to fall in line with some of Fonte’s other Aspen commissions. This piece is more “effervescent” and “joyful” than some of his darker works, he says. After the piece’s Valentine’s Day premiere, the summer stage will offer a different setting, including Kylián’s “Return to a Strange Land,” which makes its summer debut in Aspen. “[It’s] really special … and different from what people have come to expect from us,” Campanile says.

The diversity of ASFB’s summer lineup is as unique as its programs, and that’s simply reflective of its overarching goal to continue to offer distinctive, groundbreaking works in the middle of the Rocky Mountains—and beyond.