A favored beach escape off the shore of Texas, the island city abounds with arts, culture and entertainment for a singular day trip. 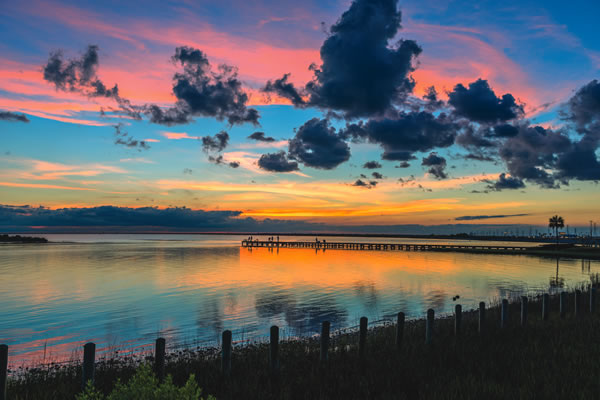 Situated just 50 miles south of Houston—2 miles offshore in the Gulf of Mexico—Galveston possesses an enchanting history and a resilient ability to persevere and thrive. Although predominantly recognized as a beach town, the city bestows a generous selection of year-round attractions and activities for every age and interest. For an unforgettable day trip, venture out to this coastal enclave and explore the history and modern-day culture that make it a must-visit destination. 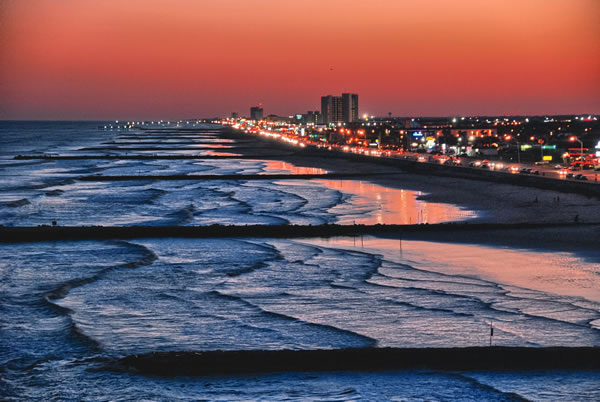 Propelled to glory during the Victorian Age, Galveston has one of the largest collections of 19th-century buildings in the nation. Home to six historical districts, the city’s architectural heritage tells the story of a city that has persevered through three disastrous hurricanes. The Galveston Historical Foundation maintains seven structures, including the Michel B. Menard House built in 1838, making it the oldest on the island. Menard, at the age of 14, began working for a fur trading company owned by John Jacob Astor and arrived in Texas in 1829. Though the house fell into disrepair in the years after Menard’s occupation, it’s been faithfully restored and now operates as a museum with tours offered by the Galveston Historical Foundation.

At Pier 21 Theater, visitors can enjoy three documentary film presentations, which delve into the city’s history and preservation. “The Great Storm,” “The Pirate Island of Jean Laffite” and “Galveston: Gateway to the Gulf” showcase the diverse cultural heritage of the city. “I always suggest our guests see ‘The Great Storm,’ ” says Timothy Hess, The St. Regis Houston head concierge. “It’s a wonderful testament to the resilience of the city.”

The official opera house of the state of Texas, The Grand 1894 Opera House, ironically, has little to do with opera. Rather, a variety of live theater and entertainment options abound, including tribute performances honoring legendary musicians and Broadway favorites on tour. “The bulk of our season is presented in the shoulder months from September to May, a time frame when people are not prone to come to the beach,” Executive Director Maureen Patton says. “We offer a different experience.” 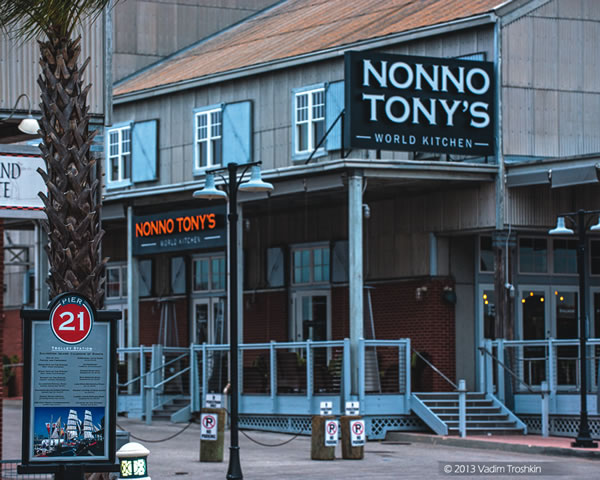 The Strand Historic District contains the perfect assortment of upscale shops, art galleries and clothing boutiques. From artsy to beach-inspired, a medley of treasures exists for every visitor.

Bungalow Dry Goods Co. presents unique and eclectic gifts, home decor and books. The sister store to Gracie’s, Bungalow has a bit of everything for locals and tourists alike. “We offer one-of-a-kind, feel-good gifts, many of which are conversation pieces,” owner Genette Bassett says.

Family owned and operated, The Front Parlor attracts shoppers with its famous gift brands from around the world and chic clothing, home decor and gifts, including more than 100 items from Lampe Berger from which to choose. 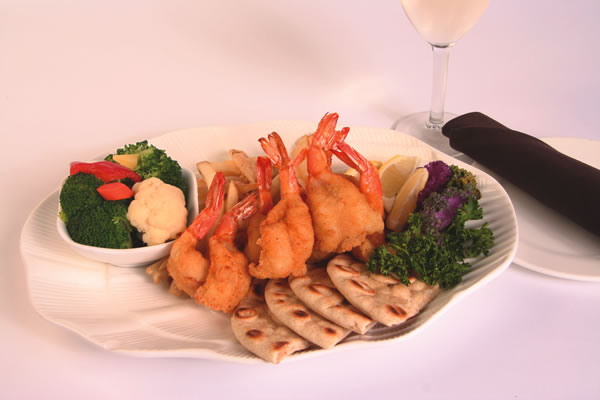 After a long day of shopping and exploring, sample premium seafood from the Texas Gulf Coast, including hard and soft-shell blue crabs, oysters and domestic shrimp. Dozens of seafood restaurants line the coast, each one outstanding in its own right. Hess says Olympia Grill at Pier 21 and Nonno Tony’s World Kitchen remain his top seafood choices, while La King’s Confectionery is an exceptional option for sweet delicacies.

Upscale yet casual, Olympia Grill at Pier 21 incorporates an authentic Greek flair into fresh seafood caught locally in the Gulf. “We stand out because we use the freshest seafood and add traditional Greek flavors to provide a unique dining experience,” General Manager Wendy Hsu says. For an exceptional dining experience, Hsu suggests the crab stack, a dish consisting of three layers of avocado, mango and pico topped with fresh blue lump crabmeat.

At Nonno Tony’s World Kitchen, the selection includes Italian, Creole and traditional American fare. “We’re an amalgam of a collection of different styles with several concepts we’ve taken from the island,” says General Manager Ryan Denmon. “We offer a luxury dining experience using the utmost quality in seafood and steak.” The most popular dish among guests includes the crispy and spicy Atlantic salmon, which is pan-seared with nine Cajun spices and topped with grilled shrimp and jumbo lump crab over fresh sauteed spinach.

Every trip to Galveston must include La King’s Confectionery. Since 1976, La King’s has entertained guests of all ages with its 1920s soda fountain, homemade ice cream and more than 50 candies made in-store, including fudge, divinity, peanut brittle and saltwater taffy. Master candy maker Ernest Torres has created exquisite treats for 28 years, but says no one makes saltwater taffy like La King’s. “We make it right here, and people come from all over to see it being made,” Torres explains. “It’s a little humbling to see so many people come here just to see the saltwater taffy being made.”

From its culinary outposts that have achieved cult status to its historic landmarks, Galveston is a place that radiates an endearing charm. Resilient and full of renewed determination to flourish, it’s more than just a beach town—something that visitors can discover on short day trip to this coastal city.