The Art of Blending 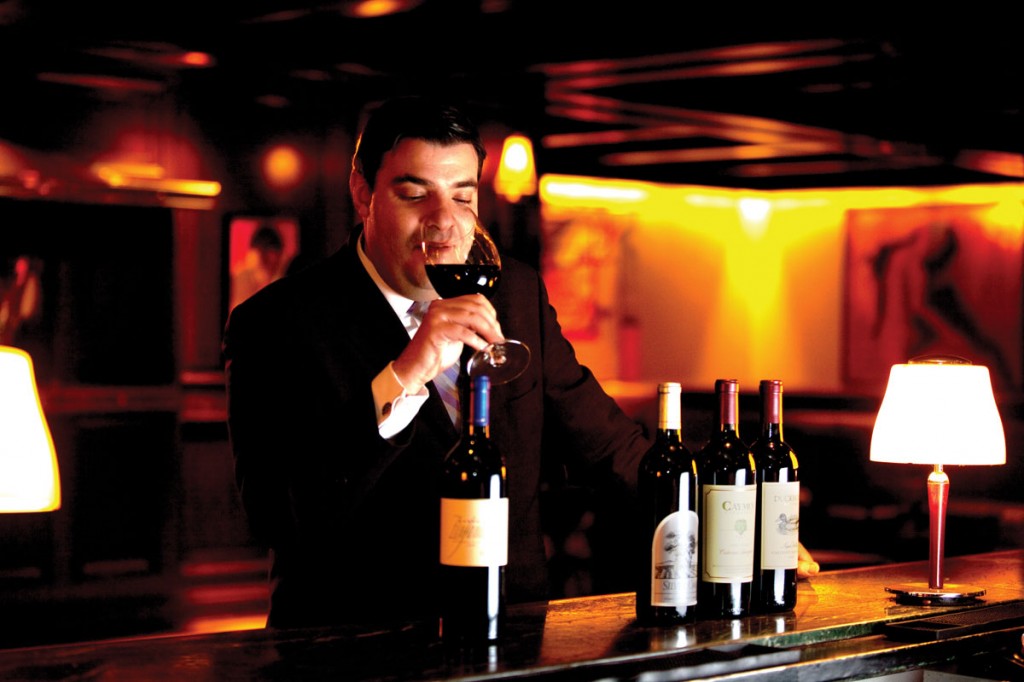 The blending of wine requires the craft of a genius and the art of a composer, says sommelier Luis Mejia.

“The making of wine is a process in which the hand of man is merely an ingredient,” says Mejia, head sommelier for J&G Grill at The St. Regis Bal Harbour Resort. “The blending of wine, however, is man’s pursuit of perfection in the creation of a tangible experience.”

“It is a uniquely crafted wine that’s great in its youth and certainly worth cellaring for quite some time,” says Verrier, whose guests often tell him how much they enjoy the wine. “The different lures of powerful wine present themselves from the start with notes of black cherries, cassis and currants followed by black pepper, tobacco leaf, coffee and graphite.”

There are specific rules about wines that can bear the name “meritage” on the label, but there are plenty of meritage-inspired blends worth tasting, says Daniel Grajewski, sommelier at Stonehill Tavern at The St. Regis Monarch Beach. One is Araujo Estate Altagracia, a blend of the five major red Bordeaux varietals.

“It is dark in color, with impactful flavors of dark berries, red berries, vanilla and Christmas spices,” Grajewski says of the Napa Valley wine. “It also  shows a beautiful minerality of graphite and tar.” Celine Vasse, director of outlets at The St. Regis Bahia Beach Resort, says there are so many good wine blends and it is difficult to name just one.

“Italians are doing super-Tuscans that really stand out in balance of tannins and fruit,” he says. “Lately I have been enjoying the California meritage blends with deep ripe fruits, the elegant wood bringing hints of smoke and caramel to the nose and to the palate.” He recommends Trilogy from Napa Valley’s Flora Springs, which he says has “a great fruit balance and light tannins.”

Napa Valley’s Stag’s Leap Wine Cellars does an excellent job with its Hands of Time, a cabernet/merlot blend, says Harry Constantinescu, wine director and sommelier at The St. Regis Atlanta. “It is an explosion of fresh berries, nutmeg and cocoa complemented by subtle notes of vanilla and a hint of black pepper,” he says. “It is the perfect accompaniment for strong cheeses such as Roquefort, duck breast or medium/rare tenderloin.” John Vuong, wine director and sommelier at Ame, the restaurant at The St. Regis San Francisco, recommends Chateau St. Jean Cinq Cepages from Sonoma County, Calif.

“This is a meritage in the purest sense,” Vuong says. “It always consists of the five Bordeaux varietals. The blend will change from year to year, but overall it delivers ripe black fruit and layers of silky tannins.” For Jura de Almeida, sommelier at The St. Regis New York, Dominus 2002, from Napa Valley’s Dominus Estate, is a favorite wine. “It is one of the original meritage blends in California,” de Almeida says. “It is rich and elegant. It has black currants with a hint of saddle leather and cigar box.”

The rich, chocolate flavors of Joseph Phelps Insignia 2008 draw in General Manager Leon Pellicer of Kauai Grill at The St. Regis Princeville Resort. “This meritage is thick and almost syrupy in the richness and has chocolate flavors that are very polished and elegant,” he says of the Napa Valley wine.  Michael DeCanio, director of food and beverage and sommelier at The St. Regis Houston, favors a red blend that plays up his passion for zinfandel: Paraduxx, also from Napa Valley.

“This wine is a blend of mainly zinfandel and cabernet sauvignon, with a small percentage of cabernet franc,” DeCanio says. “Being the big zinfandel fan, I really enjoy the great cherry and dark fruit flavors in it, and appropriate for Texas, the wine goes great with barbecue.”