Manhattan may be an island, but its geographic boundaries certainly shouldn’t leave visitors feeling stranded. In fact, one of the most compelling aspects of New York City as a travel destination is its proximity to an often overlooked, 10-county piece of terrain that stretches just above the tip of Manhattan, and all the way north to the state’s capitol in Albany, 150 miles away: Hudson Valley.

Primarily known for its open landscapes—which lend themselves both to outdoor activity and agritourism-boosting venues like orchards and public farms—and its emphasis on small-scale artisanship, the Hudson Valley is equipped with a broad variety of traveler-friendly offerings, all of which are conveniently located within a roughly 2.5-hour drive of Manhattan. Whether you’re looking for a brief respite from the 24-hour buzz of the concrete jungle or a weeklong journey through one of New York’s most historic and naturally beautiful areas, the Hudson Valley is a must-see destination for travelers in the area, particularly during the fall and winter seasons when colorful leaves and pristine snow blanket the region for months on end.

One of the northernmost of the Hudson Valley’s 10 counties, Columbia offers relative proximity to the Catskill Mountains and the recently renovated Rivertown Lodge, a 27-room boutique hotel that’s taken up residence in a restored 1920s movie theater. Located on the town of Hudson’s main street, Warren, the minimalist retreat is almost Nordic in its design scheme, which incorporates sleek custom-made furnishings and hand-carved woodwork from local craftsmen. Fully stocked snack pantries at the end of every hallway and a tavern that offers a seasonally inspired menu, meanwhile, introduce guests to Hudson Valley food purveyors, brewers and winemakers.

But if it’s good old-fashioned hospitality you’re searching for, you’d be remiss to skip a visit to Buttermilk Falls Inn, located in Milton, an hour south of the Rivertown Lodge. Set on a 75-acre estate, the picturesque setup includes a sprawling main house with 10 rooms and eight private abodes framed by gardens and waterways; it’s a shining example of the unvarnished beauty of Ulster County—an area that also boasts the town of New Paltz’s centuries-old Mohonk Mountain House resort. The rugged wilderness that surrounds this Victorian-style castle on the banks of Lake Mohonk is home to more than 85 miles of hiking trails, making it a magnet for outdoorsmen. Meanwhile, less adventurous types can relax in the property’s award-winning, 30,000-square-foot spa, whose floor-to-ceiling windows look out over the 40,000 acres of undisturbed land by which it’s surrounded.

In sharp contrast to the time-honored lodgings found in Ulster County, The Roundhouse hotel—a major highlight of the Dutchess County city of Beacon—has transformed a defunct textile mill into a thoroughly modern retreat overlooking scenic Fishkill Creek. The space’s interiors come courtesy of the Rockwell Group, the design firm responsible for ultra-glamorous hotels like the W New York Union Square and the Cosmopolitan of Las Vegas, but the aesthetic at the Roundhouse is decidedly more subdued, with bright and airy loft-like guestrooms and suites boasting exposed-beam ceilings. 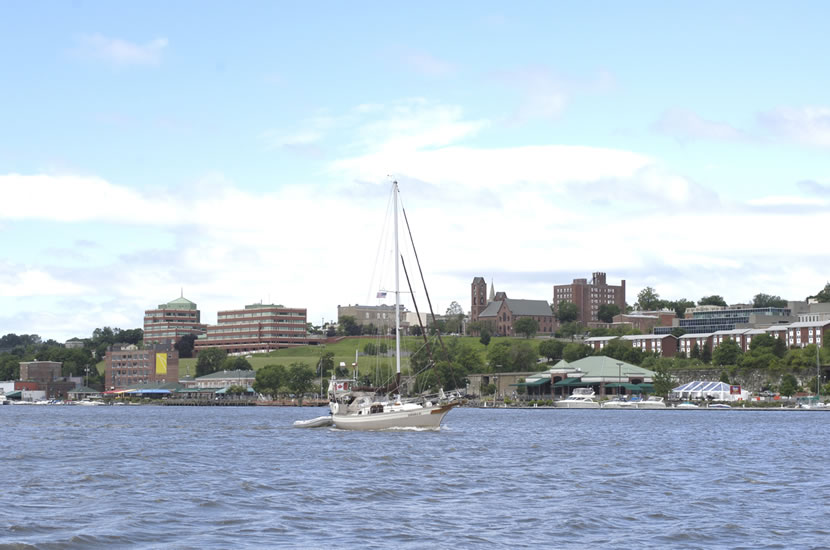 Much like it does in the region’s lodgings, heritage plays a starring role in Hudson Valley cuisine. The area’s top chefs use fresh, locally sourced ingredients to tell stories via their menus at dining options like Dubrovnik Restaurant, the first authentic Croatian eatery in Westchester County. Situated roughly an hour north of Manhattan, in idyllic New Rochelle, the restaurant serves up Mediterranean-inspired dishes including grilled fish and mouthwatering roasts in an uncomplicated atmosphere punctuated by nautical accents.

From there, it’s only a short trek farther north to Hudson’s Wm. Farmer and Sons, where the quirky inn’s in-house restaurant specializes in hearty Southern-style comfort food—think country ham and biscuits, chicken-fried frog legs and pan-roasted steaks. On your way out, stop by the inn’s old-fashioned mercantile for a bag of beans from Irving Farm Coffee Roasters, or head straight to one of the company’s shops in the tiny Dutchess County village of Millerton. Opened in 2003, the wood-paneled store serves coffees that have been freshly roasted at Irving Farm’s state-of-the-art facility just a mile down the road, as well as gourmet sandwiches, baked goods and artisanal teas.

Of course, if you’re aching to know where the food you’re eating comes from, you’re in luck. The Hudson Valley is a major hub of agritourism, with independent facilities like Stone Barns Center, tucked away in the Westchester County hamlet of Pocantico Hills, inviting seasonal guests to tour the fields and greenhouses that make up its operations.

And it’s not only crops that grow in the Hudson; in fact, the area lays claim to being the oldest wine-producing region in the United States. More than 25 working wineries currently exist along the Hudson River, 15 of which are part of the Shawangunk Wine Trail that winds through both Ulster and Orange Counties. To the east, in the Dutchess County town of Millbrook, Millbrook Vineyards & Winery is widely considered one of the region’s leading wineries, providing pours of top-ranked chardonnays, pinot noirs, cabernet francs and rieslings in its public tasting room.

The great outdoors, too, amplifies the area’s unmistakable charm. In Putnam County, Clarence Fahnestock Memorial State Park features hiking trails, lakes and ponds; in winter, the park transforms into a snow-covered wonderland with miles of machine-groomed terrain for cross-country skiing, snowshoeing and sledding. Meanwhile, the nearby Hudson Highlands State Park Preserve is a 6,000-acre chunk of mostly undeveloped land that provides stunning glimpses of the Hudson River from the aptly named Breakneck Ridge. While both parks remain open through winter, New York’s undisputed meccas for snow sports enthusiasts are the multiple resorts scattered throughout Delaware, Greene and Ulster counties’ Catskill Mountains. Beginners and more advanced skiers alike are encouraged to check out the 26-mile Catskills Scenic Trail. 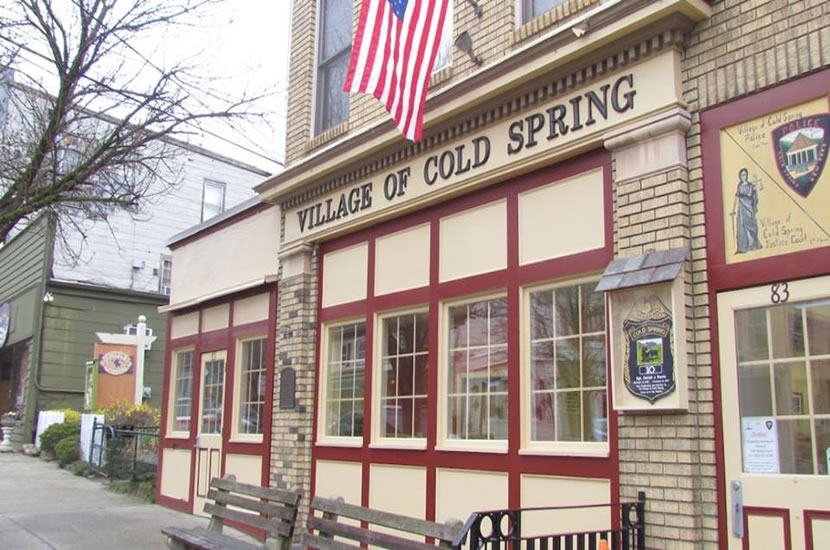 There are several towns around Hudson Valley, including Cold Spring. (Courtesy of  the Village of Cold Spring)

With so much natural inspiration available year-round, it’s hardly a wonder that the Hudson is also considered an artistic nirvana. In the eclectic Rockland County village of Nyack, the Edward Hopper House Art Center presents tours of the American painter’s birthplace as well as short-term exhibitions from other artists. Likewise, the Dutchess County city of Beacon plays host to Dia:Beacon, a massive collection of contemporary pieces and installations dating from the 1960s to the present, as well as special public programming and exhibitions.

Travelers who tour the region before Thanksgiving shouldn’t discount the creative offerings at Basilica Hudson, an arts collective known for its film series, concerts and artisan markets, and Storm King Art Center, an outdoor sculpture garden spread over 500 acres of stunning greenery; both locations are open seasonally but pause their programming in winter.

Those who journey to the northern fringes of the Hudson, meanwhile, will be rewarded with a bounty of historic landmarks. Rensselaer County’s seat, the waterfront city of Troy, is beloved for its preserved Victorian homes and acoustically brilliant Troy Savings Bank Music Hall, a decadent concert space built in the 1870s. Follow the Hudson River south to Albany County, though, and you’ll come face to face with the architecturally imposing New York State Capitol building, a 19th-century marvel renowned for its solid-stone construction and “million-dollar” central staircase complete with carved portraits of George Washington, Abraham Lincoln and other American heroes.