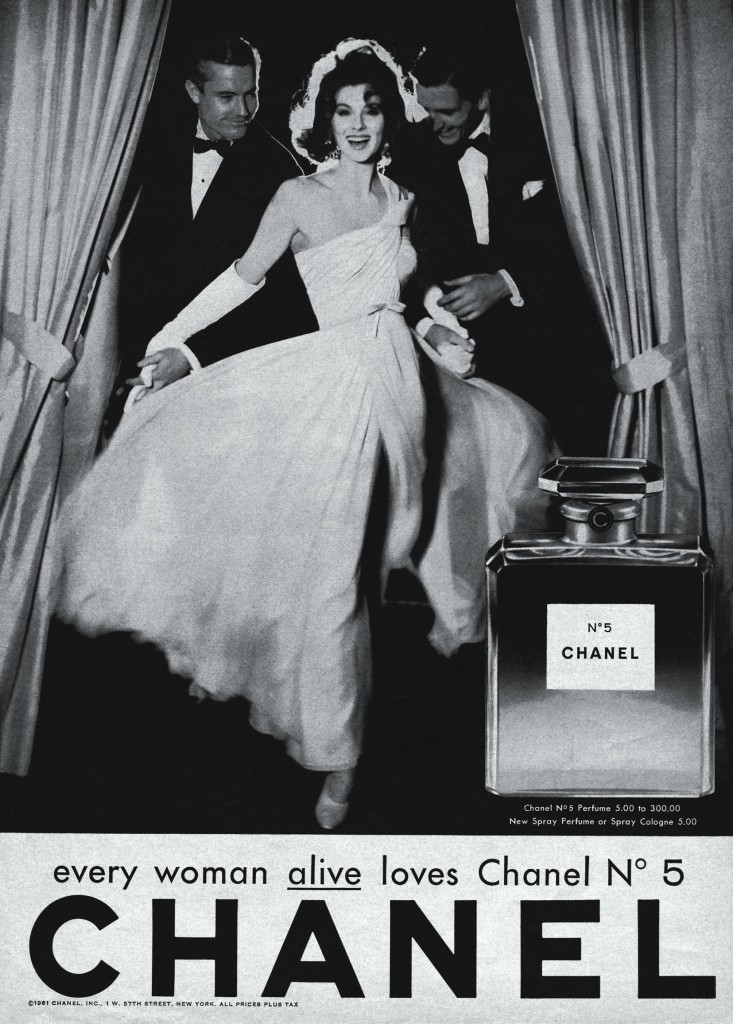 If you look up “classic” in a dictionary, the definition might read “the best of its kind” or “something of enduring excellence.” Thousands of beauty products are available today, but only a handful can truly be called classics.

With that sentiment held top of mind, the question arises: What keeps products like Chanel No. 5, La Prairie Skin Caviar Luxe Cream and other timeless classics in demand throughout the years and sets them apart from their average beauty counterparts?

“Products like Chanel No. 5, Crème de la Mer and others of this caliber have been around for many years and have built a reputation of luxury that I associate with haute couture,” says celebrity makeup artist Kimberley Bosso, whose star-studded clientele includes Matt Damon, Marisa Tomei, Zac Efron and other A-list powerhouses, including a handful of top runway models. “They have the right chemists behind them to formulate products that actually work with your skin and achieve beautiful results. They have great stories. I think achieving classic status is a combination of marketing, reputation and formulations that are able to create results.”

“Chanel No. 5 was originally commissioned by Coco Chanel as a gift for 100 of her best customers,” says Elizabeth Siegel, senior beauty editor for Allure magazine. “She wanted a fragrance that would make a woman smell like a woman instead of a flower; something that was sexy but still sophisticated. It was so popular that she started selling it in her boutiques. The story goes that her shop girls used to spray it up and down the stairs before she would come in so the scent would introduce her arrival.”

Introduction of the fragrance involved a couple of firsts: Most notably, it was the first time a designer’s name appeared on a fragrance bottle. Chanel No. 5 was also the first floral perfume designed to smell like a bouquet instead of a single flower, according to Siegel. “That was really innovative and different for the time,” she explains.

“The scent is very particular and just sticks with you,” Bosso adds. “They came up with that formulation a long time ago, and the mixture is brilliant. You can go 20 years without smelling it, but you will always remember what it smells like.”

Bosso believes that it is not only the formulation that makes Chanel No. 5 timeless, but also its creator, whose story transcends generations.

“She was an icon and a force to be reckoned with,” Bosso says. “Coco Chanel came from nothing and she built herself an empire with grace and class. People love a good ‘rags to riches’ story and are inspired by a woman with her power and confidence.”

Another powerful woman, makeup artist Terry de Gunzburg, is credited with developing the innovative light-reflecting concealer Touche Éclat for Yves Saint Laurent in 1992. In addition to the rare botanical ingredients it incorporates, including pigments from Japan, Touche Éclat became an overnight sensation for the sleek and sophisticated gold click pen that delivers the makeup—this was the first time makeup could be applied at the “touch of a button.”

“She mixed moisturizer, foundation and toner to swipe over models’ makeup before shoots,” Siegel says. “Working for Yves Saint Laurent, she pitched a similar product. It took her three years to convince them to make it and when they did, it sold out in two weeks. It was launched when foundations were on the heavier side [and] has been copied a zillion times.”

A bit of mystery, exclusive ingredients and a luxury price tag can also build the foundation for a beauty product’s success.

“There is such mystery surrounding Crème de la Mer, which is part of the reason people are so crazy for it,” Siegel says. “It was created by aerospace physicist Max Huber [after he suffered burns in a laboratory fire]. The formulation contains fermented algae and other things; it is pretty secretive.
“… It [also] is very expensive,” she continues. “For many people, having that jar in the vanity is pretty special.”

She recounts a Stanford University study in which participants were given two glasses of wine and told that one of the wines was a $10 bottle and the other a $90 bottle, when in actuality both glasses contained the same wine. “The participants rated the $90 bottle as higher in quality,” she explains. “When something is easy to get, it is not as special.”

“The idea of having caviar in a face cream is like having the best of all worlds,” Siegel says. “And, like Crème de la Mer, La Prairie really works to make the face dewy and glowing.”

To become a classic and build a reputation of excellence, providing great results is perhaps the most key element. Siegel points to Lancome’s lengthening mascara, which she believes has been around for more than 20 years, as an example.
“It is a great formula and very classic,” she says. “Even the actual wand is really interesting. It has won Allure magazine’s ‘Best of Beauty’ award.”

Other products that are swiftly building reputations as icons for their quality and application, according to Bosso, include Dior’s airbrush makeup, Armani’s Luminous Silk Foundation—which Bosso calls “genius”—and Armani’s Eyes to Kill eye shadow line.

“It has beautiful colors that glide over eyelids really smoothly and pulls light to the eyes,” Bosso says. “The look is totally mesmerizing.

“Smooth application is always a plus,” she continues “A lot of pigments will skip on the skin when it comes to eye shadows and blush. The iconics possess nice smooth applications.”

From ease of application to full, gorgeous scents, beautiful packaging and colorful back stories, all of these prized products possess the integral elements needed to help generations of women look and feel utterly flawless when it comes to time-honored rituals of beauty. B