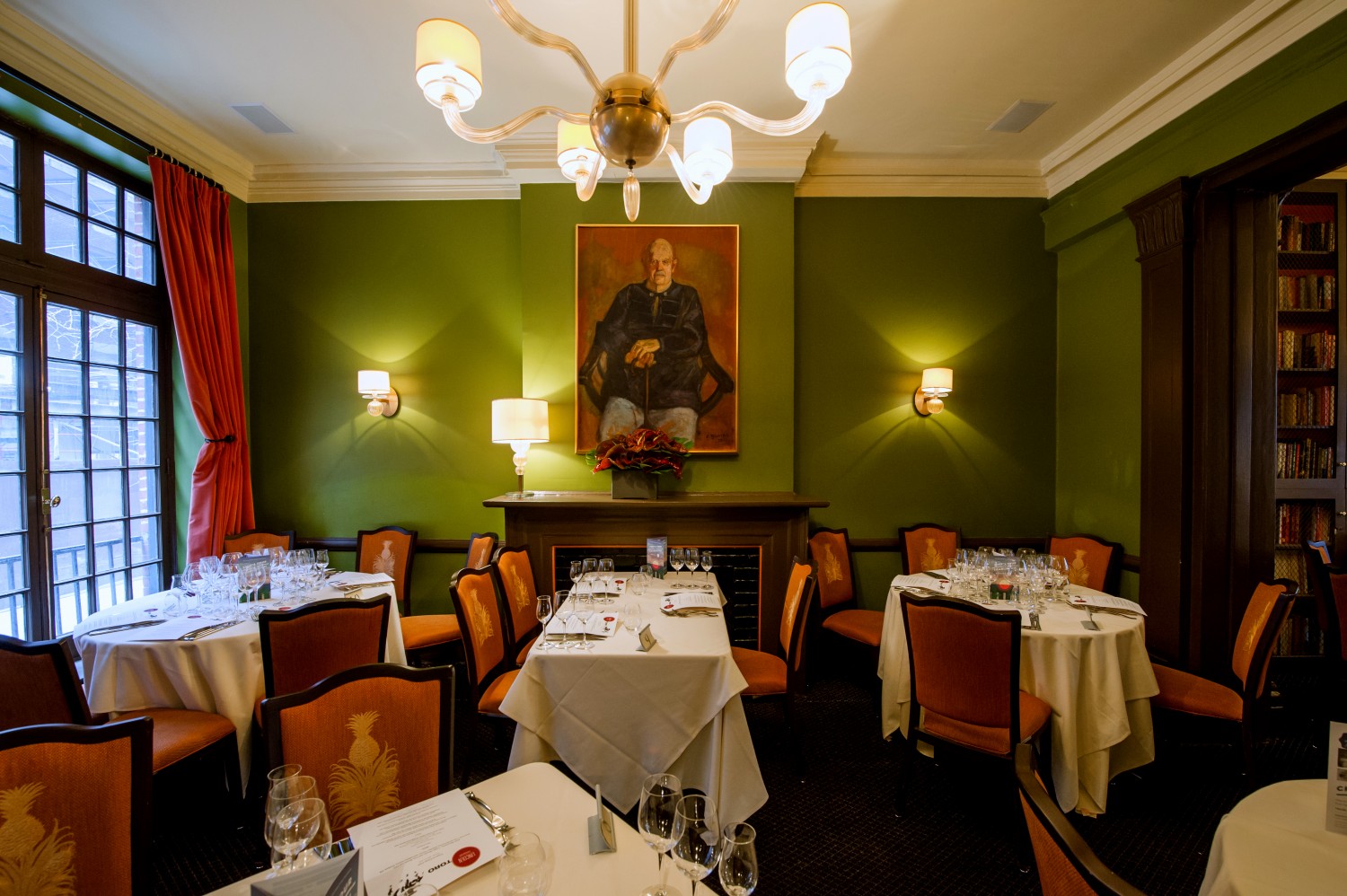 The international culinary crown jewel is actually a very humble structure: a four-story brick townhouse from 1844 in Manhattan’s Greenwich Village. But what a jewel it is, and what a townhouse it has become.

Known as the James Beard House—the noted chef and author lived here the last 12 years of his life—its kitchen serves as an atelier for world’s most celebrated chefs, creating an exclusive experience for the world’s most passionate eaters, food editors and critics.

From the passive to obsequious, everyone who considers themselves part of the worldwide food movement is familiar with the Beard name—specifically, the cache and prestige it imparts. To see that someone has cooked at the house or received a James Beard Foundation Award means said chef is at the top of his or her game.

There’s a disconnect, however, when it comes to understanding the man himself. Beard, who died in 1985, was an author and a champion of American cuisine who educated and mentored generations of chefs and food enthusiasts. Above all, he viewed food as a story to be told and shared—a conversation, as it were, rife with inspiration and education. After his death, friends rallied to save his townhouse, where he always welcomed fellow culinary enthusiasts in his kitchen. People then began to gather for meals cooked there on a sporadic basis.

“That’s since grown to over 20 dinners per month cooked by hand-picked chefs and attended both by foundation members and the public,” says Izabela Wojcik, director of house programming for the nonprofit James Beard Foundation (membership to the foundation is open to the public). The dinners garner the lion’s share of attention; however, the foundation offers a variety of events and programs throughout the year as well as a national food conference.

Developing a deeper understanding of culinary culture is at the root of the foundation. The dinners punctuate that understanding, Wojcik explains. “It’s where people come to learn about taste,” she adds. Dinners, which carry an all-inclusive price tag of around $130 for members to $170 for nonmembers (and up, depending on the chef), are themed—but, importantly, never alike.

“Frequent diners at the house will always discover something new,” Wojcik continues. “We’ve ranged from regionally themed dinners to celebrating a heritage, a national cuisine, an ingredient, even the cuisine of a specific hotel or resort, just to name a few. No matter the evening, we all see it as a conversation, ‘food storytelling,’ where the chef shares his or her journey with a group of diners.”

The privilege of having that conversation doesn’t come without intense scrutiny. Wojcik, suffice to say, is a tough customer. She has to be.

“It always begins with the chef’s desire to cook here,” she explains. “From there, I’ll consider the chef’s biography, press mentions and reviews, see how the chef has been received in the community, and I’ll ask for a proposal. I want to see how that chef envisions a tasting menu dinner at the house for a season in New York.”

Chef Alex Raij, of New York’s El Quinto Pino, Txikito and La Vara restaurants, last cooked at the house in March 2014. “It’s a way to show your range,” Raij says. “[It allows you] to cook in an intimate setting and celebrate the legacy of a man who valued our industry.”

Going With the Flow

Foundation guests and members of the public who attend dinners are immersed in the ambience of the James Beard House. Drinks are served on the first floor, which gives visitors an opportunity to view the current culinary-themed exhibit in the art gallery. For dinner, the Greenhouse Gallery, which overlooks the garden, has proven quite popular; however, the majority of seating is on the second floor. The true pleasure, Wojcik says, isn’t so much about where one dines as it is about what happens collectively.

“Everyone has the opportunity to meet and talk to those responsible for the dinner, from the sommelier to the chef, even go into the kitchen,” she says. “It’s what creates the experience here, allows people to step away from their own world and be transported into a new realm for an evening.”

For those who can’t be part of the event, there’s still a way to enjoy it vicariously. The kitchen cam is always on during dinners, unless a chef elects to opt out of live streaming online. Food enthusiasts can see what’s being served, and spying chefs can log on to see how a team executes a dinner from plating to presentation.

There’s also a way to enjoy an evening privately. On the fourth floor is a separate dining room, where guests can elect (for an additional fee) to have a more intimate experience. It’s also possible to rent out the house for an entire evening, albeit one that relates back to a core food mission or endeavor.

It’s All About Evolution

Though the mission and focus of the James Beard House hasn’t changed over the years, other elements have—dramatically. “The concept of small plates or a tasting menu wasn’t really thought of 20 years ago,” Wojcik says. “… The dining public has caught up to us in that way and many others. ”

People that come to the James Beard House now, Wojcik believes, are eager for the interaction that’s marked the new dawn of the culinary arts. “For chefs, it’s the direct contact with those you are cooking for, the immediate feedback, a place where both sides have a voice,” she explains. “That’s been our biggest change over the years.”

For guests, it means coming without an agenda—to taste food in a way that’s adventurous, where diversity in cultures and cuisine is embraced.