You would be forgiven for thinking you’ve transported away from Los Angeles as you stroll through the Arts District. This downtown neighborhood is like no other in the city, with its buildings decorated in bright, towering works of art that catch your eye as you make your way through the area’s many bars, restaurants and galleries. The area has undergone a revitalization thanks to an influx of cool new businesses popping up along its streets: locally minded menswear boutique Apolis, the happening Angel City Brewery and down-home favorite The Pie Hole, to name just a few, as well as the artists who have flocked there over the years thanks to a combination of the cheap rents and hip atmosphere.

The Arts District is known for its unique restaurants. (Photo by Paul Sun)

The reinvention of the Arts District as a hangout spot has been coming for a long time, starting in the 1970s when empty commercial and industrial spaces were transformed into studios and lofts and LA-based artists made their way into the neighborhood. But before that, it was put on the map in the mid-1800s thanks to a man named Jean-Louis Vignes, who actually used the area to create his own vineyard, becoming the largest producer of wine in California. There’s even a street named after Vignes to honor the forefather of the Arts District.

But these swaths of vineyards soon gave way to railroads, which account for the trapezoid-like shape of the neighborhood, as well as its many industrial-looking buildings. Long afterwards, the artists moved in, creating the neighborhood as we know it now, along with the architects, entertainers and green-technology entrepreneurs that now call this slice of the city their home.

For those looking for a little history and culture as they revel throughout the night, look no further than Downtown’s Arts District. In a city full of must-see neighborhoods, this one is a true masterpiece.

1. “Hammer and Spear is founded by a husband and wife duo whose space is more showroom than shop. Hammer and Spear showcases some of Downtown LA’s best designers and craftspeople of the Arts District.”

2. “If only all hand-me-downs were as cool as what’s curated at Lot, Stock and Barrel—think vintage tees, refurbished lettermen jackets and embroidered outerwear … [with] colorful patches.” 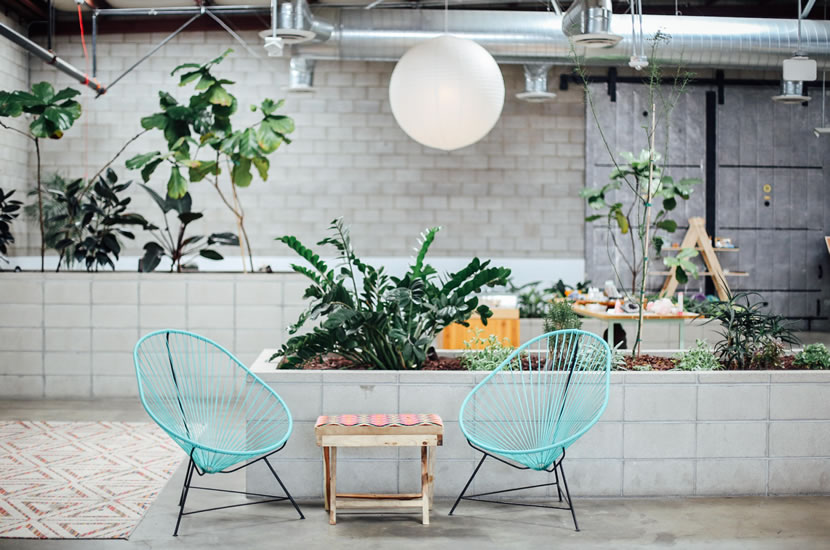 3. “With just two locations in Los Angeles, Poketo’s flagship store was founded in 2003 by a husband and wife duo in the Arts District of downtown. Poketo has definitely established itself as a go-to shop for cool and cute gifts downtown as well as a hub for the local creative community.”

4. “Bestia is arguably one of the hippest restaurants in the city—which also makes it one of the most difficult reservations to obtain. This rustic Italian eatery serves up more than just dinner, it serves you an experience.” 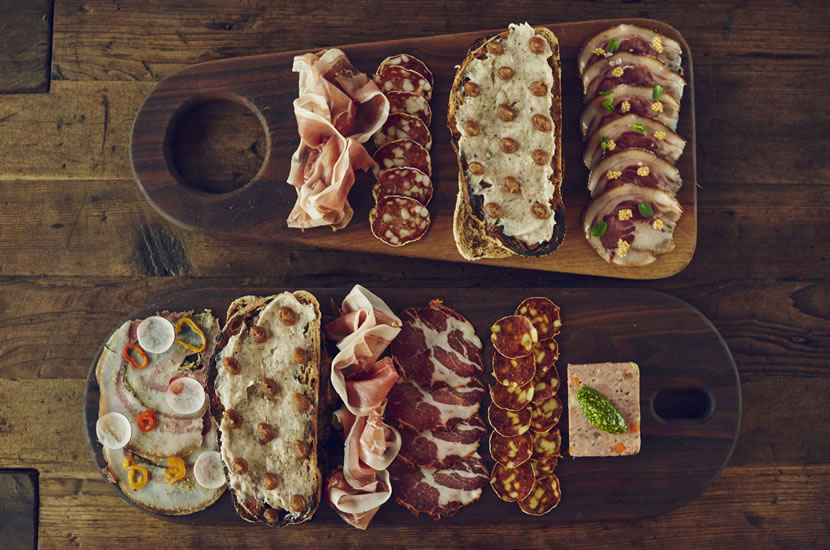 A charcuterie plate from Bestia (Photo by Sierra Prescott)

5. “Church & State … [was] one of the first restaurants to welcome patrons in the downtown LA Arts District. This traditional French bistro dishes out all of the classics: escargot, steak frites, roasted bone marrow—you name it.”

6. “Sometimes you just need a great beer and a great brat. Look no further than the Art District’s Wurstkuche.”

7. “Most people come to LA and think a great way to break a sweat is to hike Runyon Canyon. One rarely thinks of rock climbing in sunny Southern California, but at [Touchstone Climbing’s] LA Boulders, tucked in the Arts District, you can climb to your hearts content in this 12,000-square-foot indoor climbing playground.” 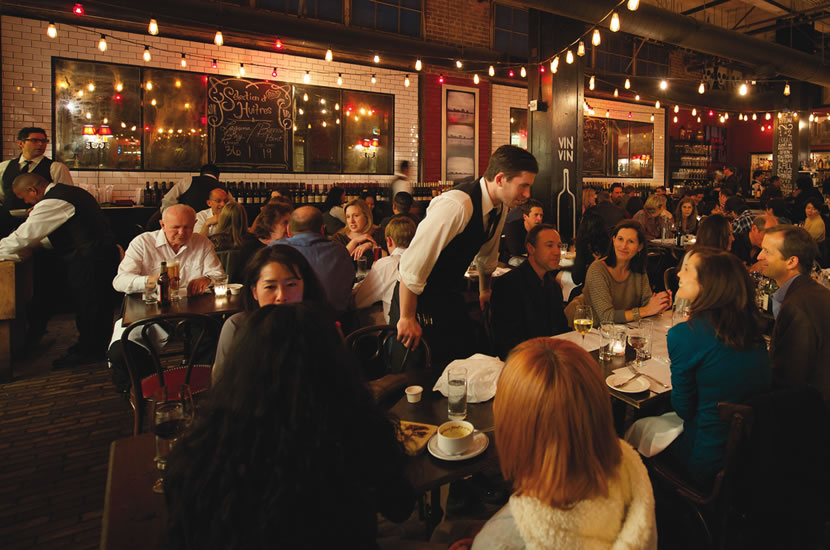 8. “For the big kid in all of us, there’s EightyTwo—a classic arcade games bar located downtown. With … [50] arcade games, pinball and a full service bar, EightyTwo is a destination for true gamers and for any Angeleno looking for an ice-cold beer and a game of Pac-Man.”

9. “The Springs is one part yoga studio, one part wellness center, one part kitchen and juice bar, and all parts treat yourself. Make sure to check out their monthly calendar for workshops on essential oils, yoga teacher trainings, and all things kombucha for the beginner looking to brew right at home.” (608 Mateo St.; 213-223-6226; thespringsla.com)

10. “You can’t visit the downtown LA Arts District and not step into at least one gallery—so why stop at one when you can visit … [over 45 galleries] in a day. Downtown LA’s Gallery Row spans Main and Spring Streets for 7 blocks (between 2nd and 9th Street) and hosts the Downtown Art Walk every second Thursday of the month.” (galleryrow.org)