With a near-perfect climate and an industry that has cemented the fame and fortune of so many, Los Angeles calls to those who yearn to chase their dreams. It’s no wonder that many literary greats have found the city to be a source of artistic inspiration. Still, while several notable authors, among them Charles Bukowski, Raymond Chandler, Joan Didion, Janet Fitch and Walter Mosely, have chronicled the city’s landscapes and people in their literature, LA remains underappreciated as a literary hub.

“There’s definitely a misperception that it’s just a company town, a Hollywood town,” says Allison Hill, president and CEO of Vroman’s Bookstore in Pasadena. Hill, who has been a resident of LA for 18 years, recalls her friends warning her before she relocated from Boston to a city allegedly devoid of literary culture. “You would have thought I was moving to hell,” Hill says. “But then I attended my first LA Times Festival of Books and I quickly realized that I’d been misled.”

As Hill learned, there is indeed  a thriving literary culture in LA, complete with independent bookstores, bloggers, readings, speakeasies and underground events, as well as an entire community to keep the infrastructure thriving.

When tracing LA’s literary history, one of its earliest high points dates back to the 1890s, a decade during which the population of LA County grew exponentially. It was then, in 1894, that Adam Clark Vroman opened Vroman’s, the largest bookstore west of the Mississippi, which is said to have been—and still is—Southern California’s oldest and largest independent bookstore.

As people began to relocate to LA County, and as the entertainment industry exerted a rapidly increasing influence on the region, a symbiotic relationship between celluloid and literature started to form. Studio executives would bring in notable authors from the East to write screenplays to help boost recognition for their films. F. Scott Fitzgerald, Ernest Hemingway and William Faulkner were all drawn to Hollywood for this reason.

Despite the outbreak of World War II in 1939, LA found itself entering something of a golden era. Hollywood was booming. The industry produced 365 films that year, including “Gone with the Wind” and “The Wizard of Oz.” And three of the most enduring pieces of literature about LA were also published in 1939, including “The Big Sleep” by Raymond Chandler, “Ask the Dust” by John Fante and “The Day of the Locust” by Nathanael West. Since then, the city has continued to produce some of the finest literature known to the world. David L. Ulin, former editor and book critic for the Los Angeles Times and editor of “Writing Los Angeles,” an anthology of more than 70 works about the city, has read most of it.

“Because Los Angeles is so big and sprawling, there are so many [aspects of] Los Angeles within the city,” Ulin says. “It has multiple identities. And, the city has changed so radically that a book about Los Angeles in the ’20s would be radically different … than one today.”

For Ulin, James M. Cain’s book, “Mildred Pierce” is “as close as a representative text as there is. It gets at the class distinctions that are defined in Los Angeles. Also, it’s a story of a woman reinventing herself, an uncommon story for the early 1940s.”

For a more contemporary take, Ulin recommends “Golden Days” by Carolyn See. “It is the most optimistic book about a nuclear holocaust there is,” he says. “But not in a superficial way. It’s about perspective, sensibility, adaptation. About how to keep going. This is often an overlooked aspect of the Southern California personality.” 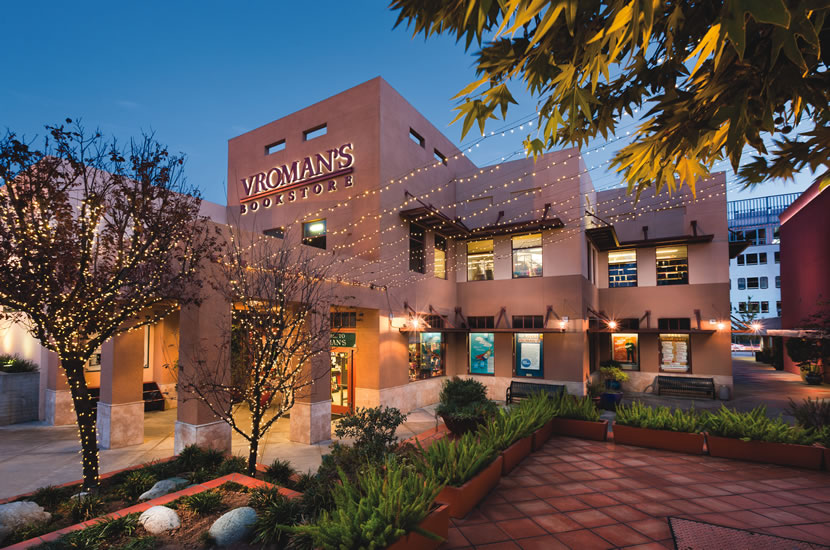 Many of LA’s most famed historical landmarks also provide visitors with a sense of the area’s literary culture, as they were popular spots for the literati while they proofread, edited and toiled away at their manuscripts.

One of LA’s oldest restaurants, and a hub of literary activity, was The Musso and Frank Grill.  Located across from the Screen Writer’s Guild, it was an incredibly popular place for writers to spend time as they took a break from working on their next blockbuster. Legend has it that Raymond Chandler wrote parts of “The Big Sleep” and that F. Scott Fitzgerald proofread his novels there, while Southern writer William Faulkner frequented the restaurant so often that he was known to mix his own cocktails. Other notables who allegedly found inspiration at Musso’s include T.S. Eliot, John Steinbeck, Dorothy Parker and Kurt Vonnegut.

Another LA landmark tied up in the literary history of the city was Chateau Marmont. Although the hotel might be best known as a hangout spot for tabloid fixtures today, it has also served as a place for literary insight. Nathanael West wrote “The Day of the Locust” there and it was also a popular hangout for Hunter S. Thompson, Dorothy Parker and F. Scott Fitzgerald.

The landmark Central Library in downtown LA was a source of inspiration for Charles Bukowski, who regularly frequented the locale and even referenced it in his foreword to “Ask the Dust” by John Fante. The Santa Anita Park racetrack was also a regular hangout for Charles Bukowski and some of his poems were inspired by the people he met there.

Powell Library at University of California, Los Angeles is famously known as the place where Ray Bradbury penned “Fahrenheit 451.” Bradbury wrote the manuscript on one of the dozen typewriters located in the university’s library basement, which could be rented back then in 30-minute increments for only a dime. 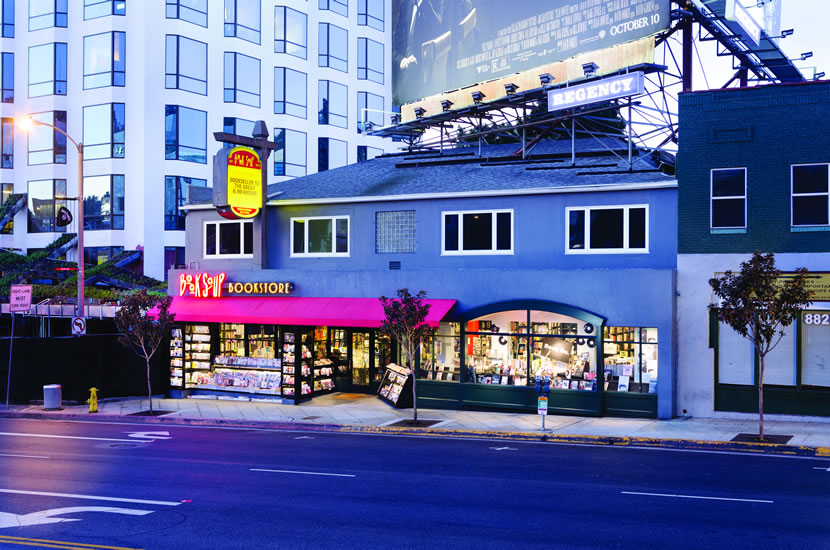 While LA is teeming with  historical landmarks that have set the tone for many novels, the city boasts plenty of contemporary hangouts where bibliophiles can go to browse, buy or simply get inspired.

Beyond Baroque is one of the country’s best public spaces dedicated to literature and art in the city. It houses more than 40,000 titles, including limited-edition publications and small-press titles. Well-known Angelenos such as Dennis Cooper, Wanda Coleman and Tom Waits have all performed in the center’s Wednesday night poetry workshops.

For those wanting to mix celebrity sightings with their book shopping, head to Book Soup on the famed Sunset Strip. The store has 60,000 titles, many with an emphasis on art, film, photography and music. “Book Soup is the fun kind of place where you can see someone trashing a celebrity only to see that person walk up behind them,” Hill says. “A lot of Hollywood folks come here to discover books they’re going to make into the next film.”

With nearly 6 million manuscripts in its collection, the Huntington Library in Pasadena is home to one of Southern California’s preeminent book collections. “This is a great place to visit,” Ulin says. “Gutenberg’s Bible is there, Ben Franklin’s autobiography, Thomas Paine’s ‘Common Sense.’ It’s a beautiful cultural center that speaks not just to SoCal culture, but to a broader sense of culture.” Also on display are the Ellesmere manuscript of Chaucer’s “The Canterbury Tales,” an autographed copy of Henry David Thoreau’s “Walden” as well as manuscripts by Jack London, Christopher Isherwood and Charles Bukowski.

Another must-see is The Last Bookstore, California’s largest used and new bookstore, which carries more than 250,000 titles and is one of the few remaining places in Southern California that buys secondhand books. “The Last Bookstore is one of my favorite bookstores,” Ulin says. “It is this incredibly cool, re-appropriated place.”

One of the most prominent bookstores in Southern California is, of course, Vroman’s Bookstore, the region’s oldest and largest independent bookstore. Vroman’s now operates two boutique shops at Los Angeles International Airport, and in 2009 it purchased Book Soup to continue its legacy after the store’s owner passed away. Vroman’s hosts more than 400 community events a year.

Another important stop is Eso Won Books, a tiny shop with an enormous fan base. Located in Leimert Park, the store has hosted numerous authors including Toni Morrison and Walter Mosley.

No matter the genre or author you’re seeking, options abound for bibliophiles in LA, where the literary scene continues to both rival and shape the film industry, as well as inspire writers who garner inspiration from its sun-soaked streets.