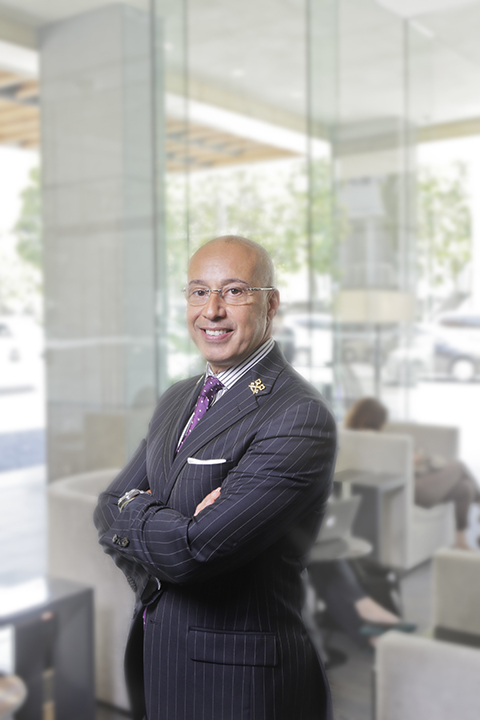 A city of secrets cloaked in ethereal fog, San Francisco beckons visitors and residents alike to discover the best places to dine, shop, drink and play. With numerous restaurants, green spaces, museums and cultural districts to explore, Antonio Barrios of The St. Regis San Francisco helps guide travelers with a curated list of recommendations for the season.

Children of all ages can enjoy the wonder of San Francisco’s interactive museums, outdoor spaces and active excursions. Barrios suggests beginning a visit to the city with an offbeat but action-packed afternoon at HOUSE OF AIR, a trampoline park in the Presidio. The indoor park is located in an historic airplane hangar at Crissy Field, and offers free play sessions in three arenas, as well as guided instruction for serious athletes. Advance reservations are recommended, as weekends and holidays typically sell out in advance, and a limited number of tickets are available to ensure safety in the park. (415-345-9675; houseofair.com)

For the curated child, Barrios encourages families to visit the CALIFORNIA ACADEMY OF SCIENCES in Golden Gate Park. Within the LEED Platinum-rated building, multiple venues offer exciting looks at different aspects of science. The Steinhart Aquarium features 38,000 live animals from around the world, as well as a number of specialty galleries—including a 212,000-gallon Philippine coral reef display that’s among the deepest exhibits of its kind. The all-digital Morrison Planetarium hosts an exciting lineup of programs within the dome, in addition to traditional star shows. Beyond the universe and aquatic life, the academy also houses a natural history museum and exhibits on earthquakes, rainforests, animals and more. (415-379-8000; calacademy.org) 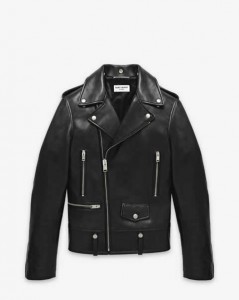 Barrios also has an inside look at the newest boutiques to arrive in San Francisco, with plenty of options to help visitors and residents alike cultivate a chic summer style.

At the end of 2013, SAINT LAURENT made a triumphant return to San Francisco with its first all-men’s store in Union Square. The 1,400-square-foot-space is a haven for the well-dressed male, with marble shelves, quilted black leather benches and floor-to-ceiling mirrors that complement the apparel and accessories within the store. (415-765-0975; ysl.com)

Also opened in late 2013, a 6,700-square-foot VALENTINO store offers women’s ready-to-wear, handbags, shoes and accessories. The four-story building is also the first store in the U.S. to carry men’s ready-to-wear and accessories. The open floor plan is complete with mirrored glass, American walnut flooring and black leather armchairs in the men’s area. (415-772-9835; valentino.com)

There is a strong cocktail culture in the Bay Area, one that really comes to life after sunset. Post-dinner drinks are a great way to extend the evening, and the city’s mixologists are more than happy to transform premium spirits into sweet sips. Barrios recommends two local establishments known for curated cocktail lists.

With a fully stocked bar that extends to the building’s high ceilings and an impressive vintage whiskey collection, HARD WATER is undoubtedly a premier place to perch on a barstool and enjoy a drink you won’t soon forget. One highlight is the Bourbon Lift, with Buffalo Trace bourbon, Stumptown Coffee liqueur, Straus organic cream, orgeat syrup, and soda water. There’s a flavor for everyone on the menu—those who prefer fruit-flavored beverages might opt for the Good Winter, featuring Germain-Robin brandy, pineapple juice, lime, allspice, coconut and absinthe. (415-392-3021; hardwaterbar.com)

For an untraditional sip, visit ALTA CA for one of its signature libations. On a warm summer night, the Samuel Clemens, based on a classic Mark Twain cocktail, offers cool refreshment with scotch mixed with the citrus flavors of pomelo and creole bitters. Barrel-aged cocktails are also on the menu here; choose from classics like a negroni with gin, sweet vermouth and Gran Classico, or the Boulevardier, which combines bourbon, Campari and Calisaya. (415-590-2585; altaca.co)

Off the Beaten Path

Despite its reputation as a cosmopolitan city, San Francisco also offers numerous green spaces where adventurers can take in the sights from spectacular vantage points while surrounded by nature. Sprawling parks provide visitors with ample opportunities to explore outdoors, and Barrios suggests setting out on these paths to discover stunning sites and views.

The LANDS END trail, part of the Golden Gate National Parks Conservancy, begins at the visitor center before leading hikers along the city’s coast. At the westernmost point on the trail, stop and explore the ruins of the historic Sutro Baths, which were built in the 19th century. The winding trail offers surprises at every turn, including a scenic overlook of the Golden Gate Bridge at the USS San Francisco memorial. (parksconservancy.org)

Visitors may also want to pay a visit to the PRESIDIO, a former military post used continuously from 1776 to 1994. The national park now features a number of historic landmarks, in addition to miles of hiking and biking trails. Eight scenic overlooks offer views of Crissy Field, the San Francisco National Cemetery and other sites, while more than 20 trails of all difficulty levels take visitors through forests of eucalyptus trees and along the water. (presidio.gov) 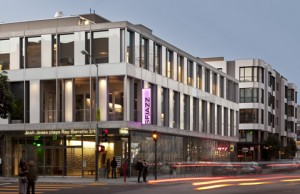 San Francisco is a musical mecca, with seemingly endless options for live entertainment in a diverse range of genres. Soothing jazz melodies mingle with lilting librettos across the city’s streets, creating a haven for music lovers.

For a variety of musical options, Barrios recommends an evening at YOSHI’S SAN FRANCISCO. The 28,000-square-foot, two-story club features a Michelin-rated Japanese restaurant and state-of-the-art equipment for a premier listening experience. Local, national and international talent takes the stage here, with artists across a variety of genres. Past performers have included notable names such as funk leader George Clinton and Grammy Award-winning soul singer Irma Thomas. (415-655-5600; yoshis.com)

Those who wish to be swept away with a singular sound should visit SFJAZZ, which offers a treat for the ears and the eyes. The new center was recently rebuilt a little over a year ago, offering a modern space with the capacity to hold large-scale concerts of more than 700 people as well as intimate gatherings. On the second floor, tiled murals feature cityscapes of important jazz venues in San Francisco and across the country. Jazz artists from all walks of life are welcome in the center, from legendary names like Wynton Marsalis to local groups like the eight-person SFJazz Collective. (415-788-7353; sfjazz.org)