Every year, the James Beard Foundation recognizes the chefs, restaurants, designers and writers in the culinary world that go above and beyond expectations. As home of that organization, New York City provides residents and visitors a bounty of award-winning eateries, where an exceptional experience is the house specialty served year-round.

Whether dinner plans include inventive cocktails from an esteemed bar program or plates from chefs who purchase ingredients straight from the farmer, the following list of James Beard-recognized restaurants recommended by some of the city’s top concierges is sure to reveal a place that hits the spot. 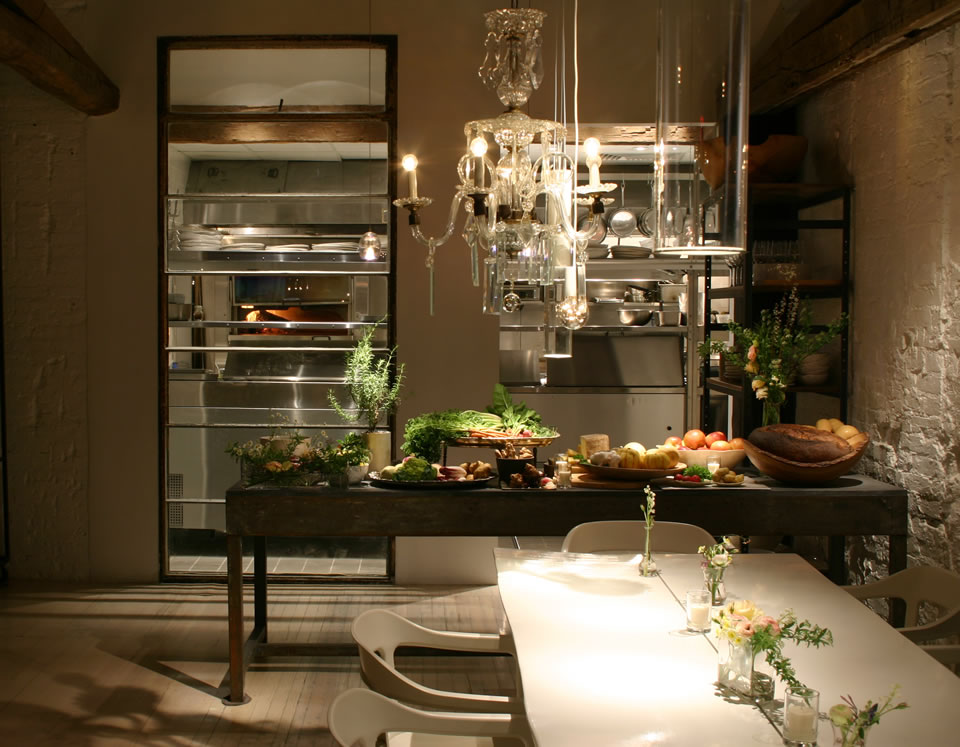 An eatery dedicated to artistic seasonal cooking, ABC Kitchen was the recipient of the award for Best New Restaurant in 2011 under the direction of chef Jean-Georges Vongerichten. The restaurant is also housed in a beautiful space outfitted by ABC Home. (35 E. 18th St.; 212-475-5829; abchome.com) —Jared Gullekson, chef concierge at The London NYC

Blue Hill is inspired by the family farm of co-owners Dan, David and Laureen Barber. An early champion of the farm-to-table movement, it received the Outstanding Restaurant award in 2013. “They just started a prix fixe menu—any of the farm salads are amazing.” (75 Washington Place; 212-539-1776; bluehillfarm.com) —Jared Gullekson, chef concierge at The London NYC

In 2013, Del Posto received the James Beard Award for its service. Chef Mark Ladner has been nominated for the Best Chef award since 2012, and the restaurant’s Brooks Headley was named Outstanding Pastry Chef in 2013. “The food is outstanding [and it’s a] grand, majestic space. You may even see [co-owner] Mario Batali at the podium greeting people and signing copies of his cookbooks.” (85 10th Ave.; 212-497-8090; delposto.com) —James Jolis, chef concierge at The Chatwal

“The Nomad Bar won a James Beard Award [in 2014] for its bar program, and rightfully so. They make some of the most exquisite cocktails in the city; … their crudite starter and burger are pretty fantastic, too. They also recently started offering an all-day brunch on Sundays along with the best selection of bloody marys I’ve ever tasted.” (10 W. 28th St.; 212-796-1500; thenomadhotel.com) —Carmen da Silva, concierge at Tribeca Grand Hotel

Michael Anthony, executive chef of Gramercy Tavern, took the James Beard Award for Best Chef in New York City in 2012, and prior to that, the tavern won the Outstanding Restaurant award in 2008 and the Outstanding Service award in 2001. The casual menu offers a la carte items as well as a daily three-course tasting menu for dinner. (42 E. 20th St.; 212-477-0777; gramercytavern.com) —Krista Sorrentino, concierge at The St. Regis New York

“A spot called The Spotted Pig is one of my favorite restaurants in the city.” The eatery focuses on seasonal British and Italian cuisine and operates under the direction of April Bloomfield, the co-owner and executive chef who snagged the 2014 award for Best Chef in New York City. (314 W. 11th St.; 212-620-0393; thespottedpig.com) —Jared Gullekson, chef concierge at The London NYC

“La Grenouille [is a] wonderful Old World, classic French restaurant—beautiful setting, excellent food.” The flower-filled space has been a pillar of fine cuisine for more than 50 years and recently won the James Beard Award for Outstanding Service in 2012. (3 E. 52nd St.; 212-752-1495; la-grenouille.com) —James Jolis, chef concierge at The Chatwal

“Always [at] Le Bernardin, the food is exceptional; it’s seafood-based. It’s fancy but not to the point where you feel too stuffy. It’s a very comfortable atmosphere. The service is impeccable.” (155 W. 51st St.; 212-554-1515; le-bernardin.com) —Jeanie Voltsinis, chef concierge at Viceroy New York

Eleven Madison Park and its culinary team have earned many awards from the James Beard Foundation such as Outstanding Restaurant, Chef and Pastry Chef. It also boasts a revered menu, which celebrates the New York harvest, and was named fourth on S.Pellegrino’s list of the world’s 50 best restaurants. (11 Madison Ave.; 212-889-0905; elevenmadisonpark.com) —Waldo Hernandez, chef concierge at The Carlyle

Chef David Chang has been a regular on the list of James Beard Award nominees and winners since 2006. For a meal from the acclaimed chef and restaurateur, try Momofuku Noodle Bar. “[The] Noodle Bar setup is very casual and is basically the trend of communal dining with a few regular tables. … If you are a fan of ramen, you will not be disappointed.” (171 First Ave.; 212-777-7773; momofuku.com) —Vanessa Torruellas, chef concierge at The Iroquois New York

Opened in 2014, Root & Bone is headed by two alumni of “Top Chef,” Jeff McInnis and Janine Booth, who together boast four James Beard honors (at the semifinalist and finalist level). The Southern-style bistro serves creative cocktails, an array of large and small plates, loaded biscuits and a bucket of fried chicken that is earning a reputation as the best in the city and beyond. (200 E. Third St.; 646-682-7076; rootnbone.com) —Waldo Hernandez, chef concierge at The Carlyle