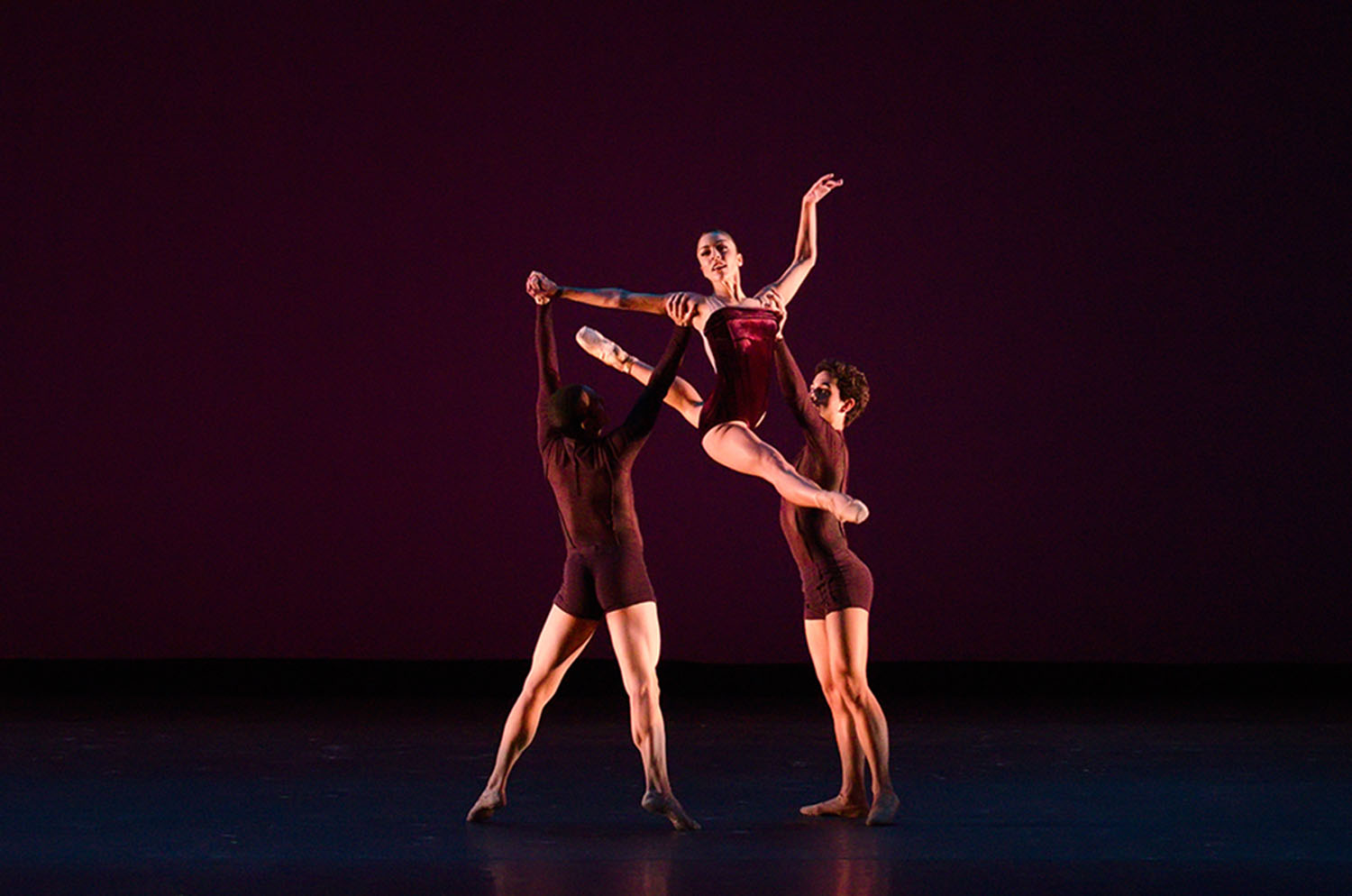 Growing out of one woman’s grand vision three decades ago, Miami City Ballet has risen to international acclaim. The company has enhanced the area’s rich cultural offerings with its blend of technique, energy and artistry in both classical and modern productions—including the world premiere of several pieces over the years. Reflecting the city’s diversity, a portion of the dancers hail from Latin American countries, and the troupe not only performs locally, but also across the United States, Europe and South America, inspiring audiences around the globe.

This fall, the company celebrates its 30th anniversary by launching an ambitious season that adds four major works to the repertoire. One of the works is a reimagined production of George Balanchine’s masterpiece, “A Midsummer Night’s Dream,” based on the William Shakespeare play, with costumes and sets inspired by South Florida’s flora and fauna.

“[This] … is my love letter to Mr. Balanchine, to the art form and to the city of Miami,” says Artistic Director Lourdes Lopez. “I want to bring his genius and impact to a new generation, and I’m hoping that this will become a biennial production, where, much like ‘The Nutcracker,’ this becomes a family tradition every other spring.”

The season starts this fall and includes four separate programs (the first begins Oct. 23). Performances will take place at the company’s home theaters in Miami, Fort Lauderdale, West Palm Beach and Naples, before a national tour with stops in New York, Chicago and Minneapolis. Lopez designed this milestone series to showcase the organization’s history in the region. “Thirty years is a huge number for a cultural institution, so I wanted to create a season that looked at the company’s past, present and future,” she says.

Before Miami City Ballet embarked on its inaugural season, Miami philanthropist Toby Lerner Ansin invited former New York City Ballet (NYCB) principal dancer Edward Villella to her home in 1985 and convinced him to serve as artistic director of the brand-new company. Ansin’s friends and associates donated enough funds to help initially bring her idea to life, and then she continued to galvanize the community, gather financial support and build the framework for the endeavor.

Miami City Ballet has come a long way since then, becoming the eighth largest troupe in the United States based on a budget of approximately $17 million. It also boasts nearly 50 dancers, an inventory of 100 ballets and one of the biggest repertories of Balanchine works outside of NYCB, including the masterworks “Prodigal Son,” “Apollo,” “Agon,” “The Four Temperaments,” “Symphony in C” and the full-length “Jewels.”

To say the troupe is a crowd pleaser would be an understatement. During its home season from October through April, as well as additional touring engagements nationally and overseas, the company performs for around 120,000 patrons annually. Its Miami Beach headquarters are equally remarkable: A 63,000-square-foot facility houses eight rehearsal studios, offices and the Miami City Ballet School. Villella’s wife, Linda, is the school’s founding director; the couple established the school in 1993, and today it serves 1,500 students annually and is considered one of the nation’s leading pre-professional ballet training programs. More than half of the Miami troupe’s dancers began as students in the affiliated school; others bring experience from companies like NYCB, Joffrey Ballet School and American Ballet Theatre (ABT). In fact, one of the current principal soloists, Didier Bramaz, is from the latter. Born and raised in Switzerland, Bramaz apprenticed with ABT before joining Miami City Ballet.

In recent years, a key leadership change at the Miami company has helped shape the path this troupe will take toward the future. Villella oversaw artistic direction until 2012, when Lopez, who performed for 24 years with NYCB under the direction of Balanchine and Jerome Robbins and had previously served as executive director of The George Balanchine Foundation, took the helm.

In her Miami role, Lopez takes several months to carefully craft each season’s programs, thinking about those in the crowd and on stage, making sure they are challenged and growing aesthetically.

“The season is a journey for the audience as they develop a relationship with the company, the dancers and the art form,” Lopez says. “You should leave a performance having had an experience—just like if you go to a movie and you’re still thinking about it two weeks later. That’s what dance should do.”

In honor of the landmark season, Lopez has designed four distinct programs that feature masterworks from Balanchine paired with top modern pieces by choreographers such as Twyla Tharp, Paul Taylor, Justin Peck and Liam Scarlett.

“Program One is a great introduction to dance,” Lopez says. “There’s ‘Swan Lake,’ which everybody knows and adores, but this is a 40-minute act synopsis from Mr. Balanchine that is a vehicle for the entire company to be on stage.” A timeless and popular ballet, “Swan Lake” opens the first program at the Adrienne Arsht Center (Oct. 23-25), and then moves to Broward Center for the Performing Arts (Nov. 7-8) and Kravis Center for the Performing Arts (Nov. 13-15). Set to an evocative score by Pyotr Ilyich Tchaikovsky, the production takes audiences on a heart-wrenching journey of love and loss.

The first program also includes the return of an audience favorite, “Viscera,” created for Miami City Ballet by Scarlett (a fast-rising British choreographer), and “Fancy Free,” Robbins’ piece—with a score from Leonard Bernstein—about the escapades of three sailors on shore leave in New York City during World War II. The ballet, from the same duo behind “West Side Story,” is the basis for the musical “On the Town.”

“ ‘Viscera’ is an abstract, classical modern piece that is fabulous and fun, very athletic and seductive, and ‘Fancy Free’ is just an uplifting, heartwarming masterpiece,” Lopez adds.

After Balanchine’s “The Nutcracker” at all four home venues in December, the second program starts in January 2016 and showcases three choreographic masters: Balanchine, Peter Martins (longtime artistic director of NYCB) and Tharp. Balanchine’s “La Source” captures the gracefulness of 19th-century French ballet, followed by “Barber Violin Concerto,” the Miami troupe’s first work by Martins, and “In The Upper Room,” one of Tharp’s signature pieces of modern dance and classical tradition.

The fourth and final program debuts in March with the new full-evening production of Balanchine’s “A Midsummer Night’s Dream,” reimagined as a reflection of the South Florida region by two international artists with Miami connections: Michele Oka Doner will design original costumes and sets while playwright Tarell Alvin McCraney will oversee dramatic direction. The cast also will include 24 children and six vocalists.

“[The original 1962 piece is possibly] … the most brilliant narrative ballet of the 20th century,” Lopez says, noting that there is an added gratification of reframing such an important work for the South Florida region. Balanchine created the central role of Oberon for Villella, Miami City Ballet’s founding artistic director, when he danced with NYCB—a full-circle revelation encapsulating the company’s momentous anniversary.

“We’ve kept the same choreography and the same music—the original text … has stayed the same—but it will be a different time and space,” Lopez says. “This ballet is the cornerstone of the season.”