The vibrant neighborhood of Little Havana in Miami is far from a hasty, fabricated replica of the largest city in Cuba; it’s an authentic community filled with the culture of Cuban immigrants who built a home out of a place that was initially a refuge in the 1970s. Though the residents eventually left the island behind, they brought with them traditions unique to the Latin culture that now define Little Havana. This cosmopolitan neighborhood continues to draw more tourists with each passing year, but the preservation of its Latin roots will always be evident. 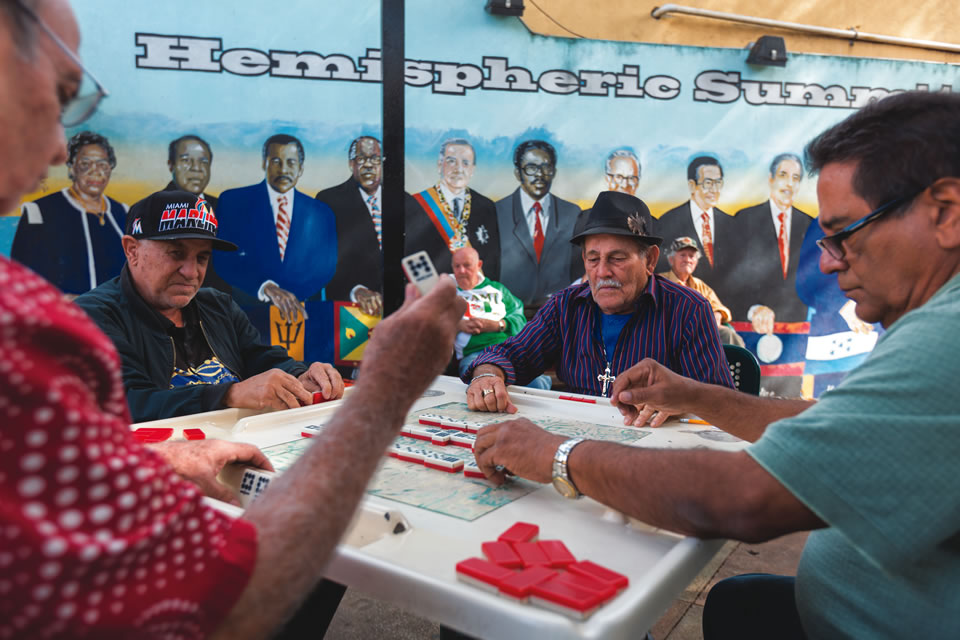 At the Cuban Memorial Boulevard Park on 13th Avenue, second- and third-generation Cubans gather around plaques that outline their heritage. Nearby, at Domino Park, tables are full of senior citizens loudly slapping down their domino tiles on the boards and bellowing out victory calls or grumbles of defeat. Meanwhile, moviegoers line up at the Tower Theater to see a Spanish classic, such as Pedro Almodóvar’s “Volver” or Guillermo del Toro’s Oscar-winning “Pan’s Labyrinth.”

Wafting through the air is the alluring aroma from exotic dishes combined with scents from the numerous cigar shops, whose “tabacaleros” (tobacconists) hand-roll cigars in styles that have been shared through the generations—all set to the tune of lively salsa music playing in the background.

“[Little Havana] has that flair of yesteryear,” explains Pati Vargas, executive director of Viernes Culturales, a cultural and arts fair that occurs monthly in Little Havana. “[It] brings you that yesteryear, familiar back-home feeling, whether you are from Cuba, Colombia or [anywhere else]; you always have that sustained mix.”

For those touring this Latin-flavored locale, it’s a magical journey to new discoveries. And for those locals whose families have lived here for decades, Little Havana is home. 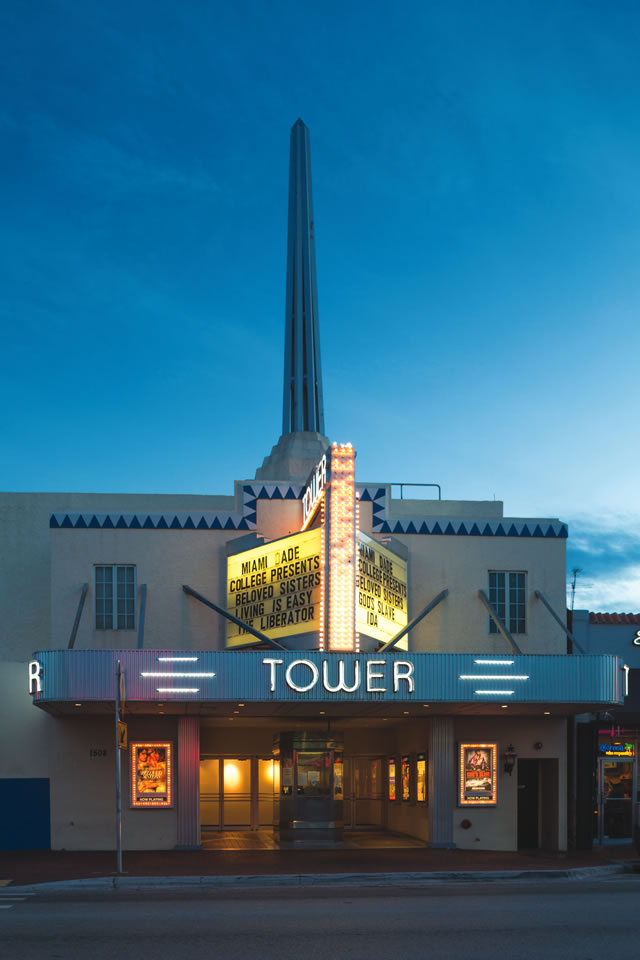 Two distinct places within Little Havana symbolize the neighborhood’s dynamic genesis: Tower Theater on Calle Ocho (Eighth Street) and the Freedom Tower on Biscayne Boulevard. According to George Neary, associate vice president of cultural tourism at the Greater Miami Convention and Visitors Bureau, when approximately 250,000 immigrants were escaping Fidel Castro’s communist regime from the 1960s to the early 1970s, the Tower Theater—with its captivating art deco architectural style and massive 40-foot tower—was the epicenter for introducing American culture and customs to Cuban refugees.

The Tower Theater—which USA Today in 2011 declared “one of the 10 great places to see a movie in splendor”—was among the first venues in Miami to debut Spanish films. It is now a home for all forms of arts and entertainment, including the Miami International Film Festival, which takes place in the spring; this year’s event ended March 15.

Similarly, the Freedom Tower, which originally housed The Miami News, was converted by the federal government and served as a resettlement station from the 1960s to the mid-1980s, a period when 130,000 Cubans emigrated from the port of Mariel in Cuba.

“Little by little, as the neighborhood drew new immigrants, it changed like neighborhoods in America do,” Neary says. “The Freedom Tower … looked as their Statue of Liberty in a sense because it’s so unique, and it stands out in its architecture. [Most locals] remember [being] kids waiting in lines there, … [and] they received food stamps, education and all kinds of other amenities.”

Displayed in the colloquial “Tower of Dreams” is the 60-foot New World mural, which was repainted by The Miami Artisans in 1988 and is part of the Miami Dade College Museum and Galleries of Art and Design’s collection that resides in the tower. Its location in Little Havana couldn’t be more relevant: The painting depicts Spanish explorer Juan Ponce de León’s arrival to the New World, and serves as an homage to one of the first accounts of the blending of cultures throughout America’s history. In addition to serving as a museum and cultural center, the Freedom Tower was also designated as a National Historic Landmark
in 2008. 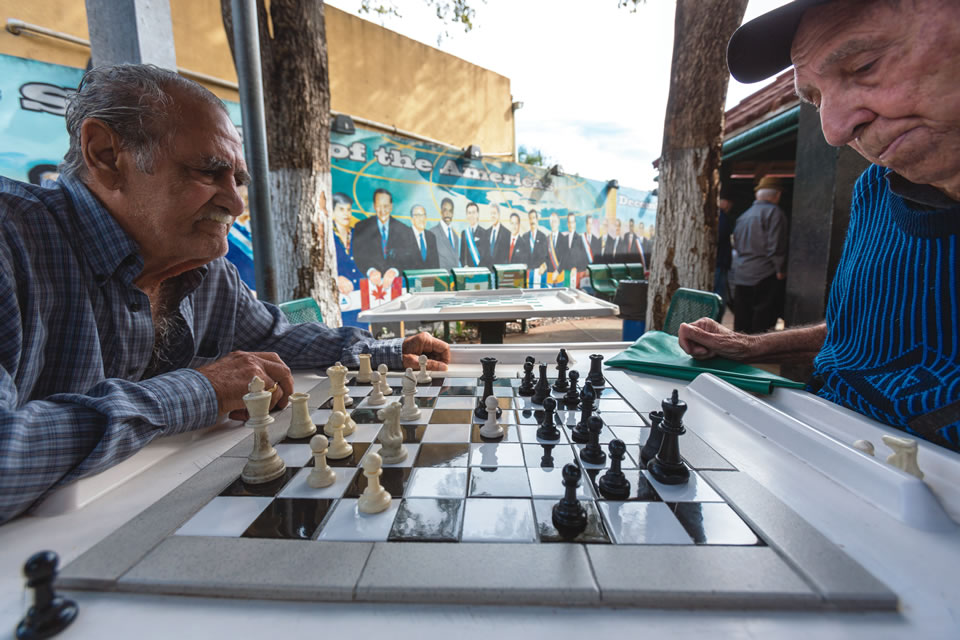 Solidifying the celebration of its Latin American roots, Little Havana dedicated areas of its neighborhood to important figures of the Cuban culture. At the Cuban Memorial Boulevard Park, there are a vast number of monuments honoring heroes who have fought for Cuban independence against Spain, such as José Martí and Gen. Antonio Maceo. A statue dedicated to the Virgin Mary is also present at the two-block park, as well as an eternal flame that honors 94 Cuban exiles who died in the 1961 Bay of Pigs Invasion.

And the most obvious indicator of Cuba is a 16-foot raised map of the island that bears an inscription by Martí reading, “La patria es agonia y deber” (the homeland is agony and duty).

Sauntering west along Calle Ocho, visitors will stumble upon “Paseo de las Estrellas” (Walkway of the Stars) between 12th and 17th avenues, where the names of famous Latino entertainment stars are engraved in the sidewalk to serve as a reminder of their accomplishments. The pink marble stars along the sidewalk honor the likes of Celia Cruz, a famous Cuban salsa dancer, as well as Gloria Estefan and Willy Chirino.

Also to explore is the Cuba Ocho Art and Research Center, whose mission is to promote art, theater, music and literature, and also sponsor cultural events focused on Cuban artists based throughout Florida. The center’s expansive library and art collection spans from 1850 to 1958 and includes works by notable Latino artists, including names like Miguel Loredo, Silvia Fernández Arrojo and Maria Luisa Rios.

A Taste of Cuba 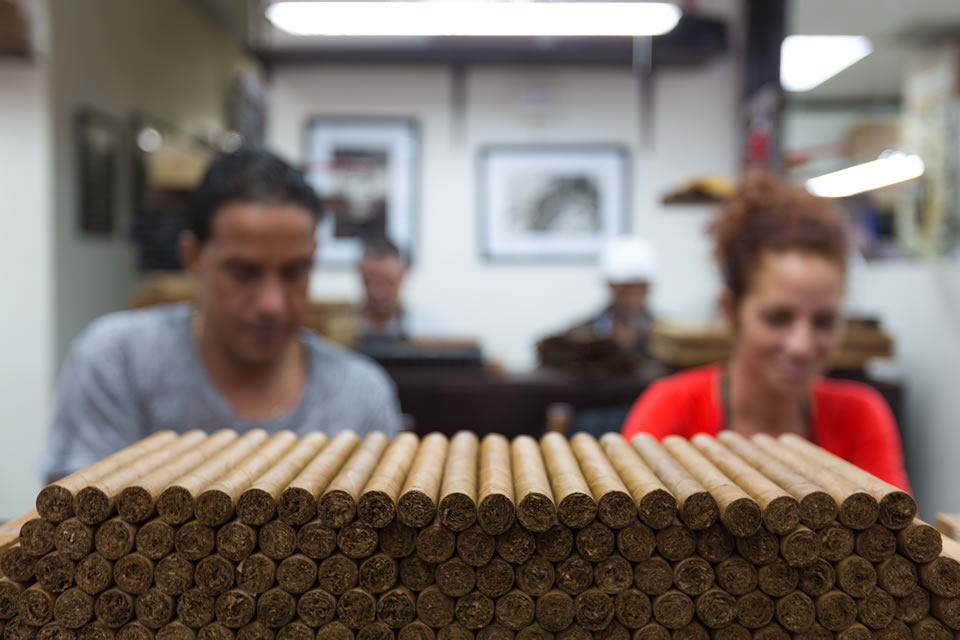 Sightseeing alone allows visitors to absorb the local culture of Little Havana, but the neighborhood entices visitors even more with savory Cuban cuisine prepared in the kitchens of the numerous family-owned restaurants in town. Down on Calle Ocho, rows of restaurants specialize in signature dishes such as “pan con bistec” (flank steak sandwiches), “pollo asado al ajillo” (roasted garlic chicken) and “pastelitos” (pastries).

Since 1974, locals have flocked to Heliodoro Coro’s family style restaurant, El Exquisito, at the center of Calle Ocho. Offering cooking “direct from grandmother’s kitchen,” you can’t go wrong ordering any item on the menu. Some of the favorite dishes are “vaca frita” (shredded and fried lime and garlic beef) and “tostones” (fried green plantains)—both washed down with a refreshing fruit juice like guava, mango or pear.

Next door at El Pub Restaurant, the Rivera family partnered with Coro to introduce more traditional tastes for the community. And another classic and longstanding restaurant in Little Havana is Versailles. For more than 40 years, Versailles has appealed to palates with a hearty menu of breakfast, lunch and dinner selections. Patrons can choose from an array of notable daily specials or opt for a sampler dish for a broad taste of Cuban cuisine. The popular Criollo sampler comes with yellow rice, black beans, “ropa vieja” (shredded beef in tomato sauce, literally translated as “old clothes”), fried pork chunks, ham croquette, sweet plantains, a Cuban tamale and cassava with Cuban “mojo” (a concoction of lime juice and olive oil mixed with garlic and oregano).

No matter the venue, diners will find edible delights—oftentimes smothered with onions, bay leaf, peppers and mojo. And it’s all the more common to complete a meal with a “cortadito” (Cuban espresso), followed by a stroll down Calle Ocho to Azucar ice cream parlor, where the frozen homemade Cuban treat is crafted in striking flavors that are named for the area. For example, Domino Park is represented by the domino flavor, which is essentially cookies and cream, and the double cherry ice cream is deemed Willy Cherrino, a nod to Cuban singer Willy Chirino.

For aficionados who strive for more traditional sensations as a nightcap, Calle Ocho is also home to the finest cigar shops in America, including the El Credito Cigar Factory, Sosa Family Cigars and El Titan de Bronze. Each one offers a wide assortment of hand-rolled cigars and a lounge area to enjoy every puff.

“It’s a joy for me to be able to bring people there so they can have one more Miami moment right under your nose,” Neary says of the neighborhood. “We have all of these wonderful aspects that are available, that are very close to each other, and it gives me, as a local, and tourists a chance to experience the breadth of heritage and culture they can’t get anywhere else.”