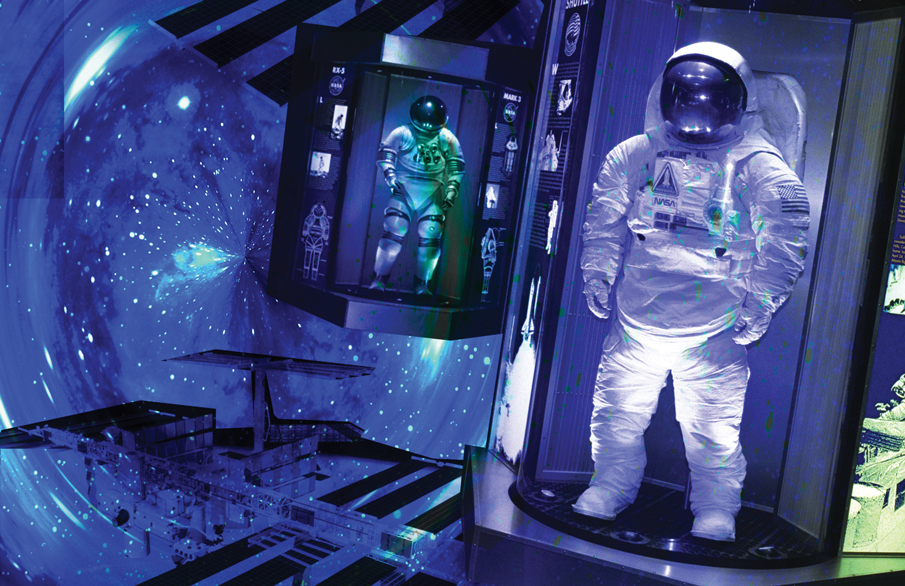 With hundreds of attractions, Houston’s diverse landscape of museums present some of the best exhibits found in the country.

With more than 7 million annual visits, Houston’s museum district is one of the premier cultural areas in the U.S. Predominantly dedicated to art, science and history, visitors can explore virtually any theme or topic that interests them, from life in ancient Egypt and space exploration to the city’s firefighting history. Here, discover the top exhibits that the Bayou City has to offer. 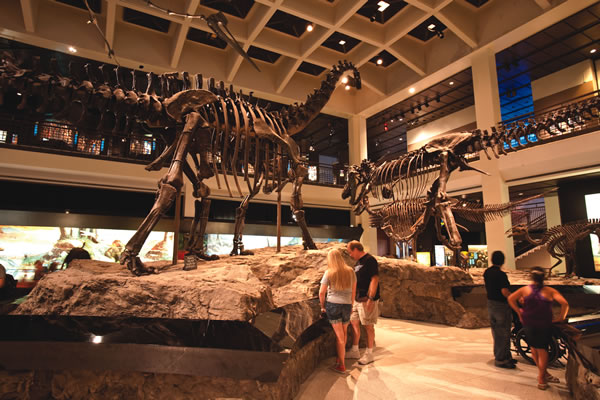 The Children’s Museum of Houston sparks a passion for lifelong learning for those young and “young at heart.” More than 850,000 people visit the five-star museum annually, making it Houston’s most popular attraction. Recognized by Parents magazine as “America’s No. 1 Children’s Museum,” 14 permanent exhibits and innovative special events invite children to engage in hands-on learning in literacy, science, math, health, engineering, political science, culture and social studies.

Exploring the entire museum can take up to two days, however, public relations and promotions director Henry Yau says that the museum has activities that take as little as one hour. Yau’s favorite exhibits include PowerPlay, Kidtropolis, USA and FlowWorks.

“PowerPlay involves physical fitness and includes a card kids can use to track their heart rate,” Yau says. “The whole idea is that kids become decision-makers when they know the facts about their health. They can log onto our website and track their progress for up to five years.”

In Kidtropolis, USA, on the other hand, kids learn about money management through a KidCard. “Once the ATM card is depleted, just like real life; they have to get a job to earn a paycheck,” Yau says. “I think it’s pretty awesome.” 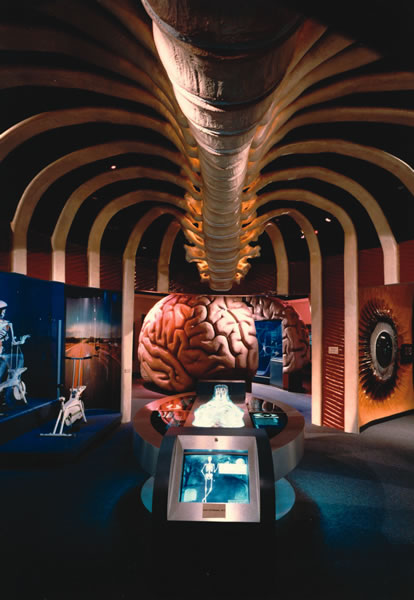 Less than a 10-minute walk from the Children’s Museum, the Houston Museum of Natural Science offers exhibits that fascinate all ages. With 11 permanent exhibit halls as well as the Wortham IMAX Theatre, Burke Baker Planetarium and Cockrell Butterfly Center, visitors can discover everything involving the natural world.

“I don’t think many people realize how much encompasses the museum,” says Latha Thomas, vice president of marketing. “We have something for everyone.”

This past summer the museum opened its new “Hall of Paleontology.” Dinosaurs and fossils fill more than 30,000 square feet, making it a premier, world-class exhibit.

“We have two phenomenal dinosaurs that are unusual because they’re all bone,” Thomas says. “One is a full tyrannosaurus rex, and the other is a full triceratops. We also have touchable dinosaur skin. Where else do you get to pet a dinosaur? These are things you just do not see in other museums.”

To really appreciate everything the museum has to offer, Thomas suggests visitors explore the exhibits in stages and come back numerous times.

The museum’s gift shop also offers exclusive items for those looking to commemorate their visit. “Our museum store has jewelry by various designers, some of which is not sold anywhere else,” Thomas says. “Many people don’t know that our store has so much variety.”

In May 2013, the Houston Museum of Natural Science plans to open its “Hall of Ancient Egypt,” the next big permanent exhibit. “There’s always something different and always something new at the museum,” Thomas says.

At The Health Museum, visitors learn about health and the human body. The museum appeals to ages 4 and up and represents the most successful health museum in the country.

Mary Heartlein, director of visitor and community services, says the museum fosters wonder and curiosity. “We are really all about encouraging interest in science,” she says.

Permanent display “The Amazing Body Pavilion and You: The Exhibit” invites visitors to journey through the human body, while the McGovern 4-D Theatre shows a 20-minute movie complete with sound, lighting and special effects such as wind and spraying water.

“I think people are very interested to learn more about themselves in a free-choice learning environment,” Heartlein adds.

The museum takes about two hours to visit and provides a tremendous learning opportunity for all visitors. “It’s really intergenerational learning,” Heartlein says. “Learning really flourishes with an adult who can bring his or her perspective on health and wellness and life sciences and what it means to be human.” 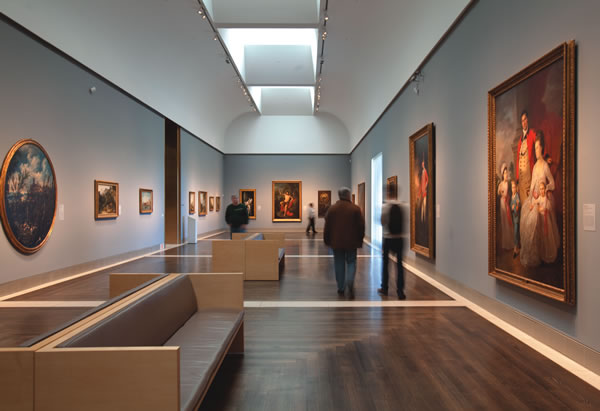 One of the most important museums in the country, with 64,000 works of art, the Museum of Fine Arts, Houston (MFAH) provides an amazing assemblage of collections and venues.

“Our museum operates one of the most ambitious exhibition schedules of any museum in the world,” museum director Gary Tinterow says.

The Audrey Jones Beck Building showcases European art from antiquity to the early 20th century, while the Caroline Wiess Law Building houses the museum’s collection of non-European art, including African, pre-Columbian, Chinese, Japanese and Indian art. The Brown Auditorium Theater also hosts an extensive film program. “It’s one of the most important art houses for film in the country,” Tinterow says.

In November 2012, the museum announced a historic agreement with the al-Sabah Collection of Kuwait to bring 60 privately held Islamic masterpieces to Houston. Islamic art, jewelry, textiles and ceramics from the eighth to the 18th centuries will remain with the museum for five years.

Just across the street from the MFAH, the Contemporary Arts Museum Houston (CAMH) contemplates the art of our time. Founded in 1948, CAMH presents work by major artists in the United States and looks at the artists who laid the foundation for numerous newer artists.

“We deal with the art practices of contemporary artists and the experiments that they work with in terms of the concept of art, materials integrated into art and new ideas brought forth,” senior curator Valerie Cassel Oliver says.

A noncollecting institution, the museum presents many works by young emerging artists whose first solo museum exhibition appears at CAMH. “We really do balance between more foundational figures of the last 50 years and their practices to very young and emerging artists,” Oliver says.

Installations at the museum fill two exhibition spaces: The Michael and Nina Zilkha Gallery, with 3,800 square feet, and the Brown Foundation Gallery, with 8,300 square feet. Additionally, “Art on the Lawn” includes “Andy Monument,” a life-sized silver-toned Andy Warhol sculpture created by Rob Pruitt. CAMH strives to present a perspective of art unexamined by other art museums, making for a distinct experience. 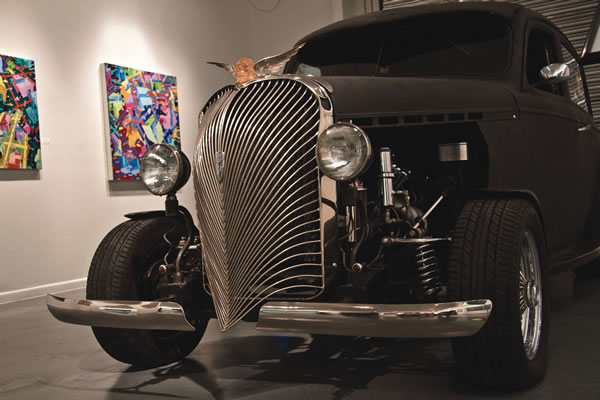 For visitors with a penchant for both cars and art, the Art Car Museum features art cars and artwork by artists rarely featured anywhere else. Founded in 1998, the museum dedicates itself to contemporary art and remains the only exhibition of its kind in the United States.

Assistant Director Mary Forbes says art cars appeal to everyone. “It is just an expression of freedom,” Forbes says. “Your car is your freedom, and the ultimate act of freedom is to change your car.”

The Art Car Museum showcases several art cars along with artwork from local, national and international artists that are not well represented in other forums. A small museum, the venue takes approximately 30 minutes to explore and receives 15,000 visitors a year. Its impact on visitors, however, remains memorable.

A one-of-a-kind foundation, the Fire Museum of Houston highlights the history of firefighting in Houston and contains more than 25,000 artifacts, documents and photographs that span more than three centuries of American history.

“When the city took over the volunteer fire service and made it a paid service, the first station they built was this station, Fire Station No. 7, in 1899,” Smith says. “It served as a fire station until 1969, when it was decommissioned, renovated and opened as a museum in 1982.”

Although the museum obtains its artifacts from across the United States, the focus of the exhibits pertains to Houston. “We try to portray the history of Houston’s firefighting service from the volunteer service up through present times,” Smith says. 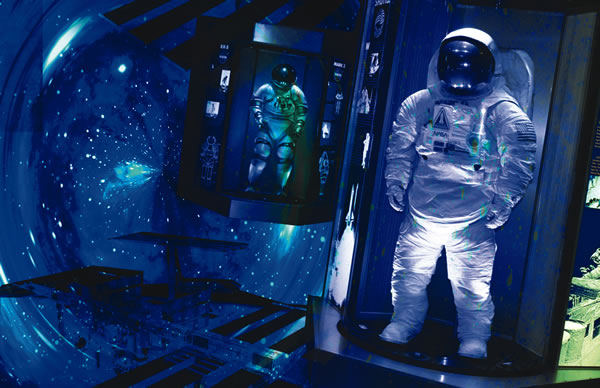 Spokesman Jack Moore highlights the importance of the center and the significant role it plays in American history. “This is a really an opportunity to see history in the making,” Moore says. “We have 250 things to see and do, all of which give you get the sense of the spectacular history that we share as a country.”

In December 2012, the center opened a brand new experience based on Rovio’s Angry Birds Space game. The first Angry Birds attraction in the United States, visitors explore four stories of highly active fun and engage in educational activities based on the physics and gravitational forces encountered during game play.

Moore says 2012 proved a benchmark year. He encourages all visitors to experience the new living space show called “The Feel of Space.”

“For the first time ever, we’re taking a technology called texture mapping and incorporating it with live performances,” Moore says. “This demonstration of life on the space station allows the audience to see a live performer and the surrounding environment act as if they were floating in microgravity. The effect is absolutely incredible.”

The center’s most exclusive experience concerns the Level Nine Tour. Limited to 12 guests per day, participants receive an in-depth, behind-the-scenes look at the real world of NASA.

“They get to get up close and personal with some of the technology that’s being developed and see Mission Control and where the astronauts train,” Moore says.

Vietnam veteran Capt. Paul Matthews founded the museum in 2001 and serves as its curator. “These men did what they did, not necessarily for themselves, but for those that came behind them,” Matthews says. “Their stories need to be told.”

The museum, which takes approximately 1.5 hours to view, contains more than 1,500 artifacts and has been recognized by the Department of Defense and Buffalo Soldiers organizations throughout the United States. Most of the artifacts come from Matthews’ personal collection; however, the museum also receives new artifacts almost daily.

“We have a musket from 1775, and we have a face that was reconstructed from the skull of an original Buffalo Soldier from 1868,” Matthews says. “Those are the kinds of things that are extremely unique.”

Although the museum is a favorite attraction of visitors, it also plays an important role in understanding the nation’s history. “We are a significant part of the American experience,” Matthews says. “We’re not a black museum; we’re an American history institution. History is not complete if you don’t have all the parts.”

Whether it’s learning about the earth’s prehistoric times at the Houston Museum of Natural Science, or delving into European art at The Museum of Fine Arts, Houston, or recapturing the city’s history at the Fire Museum, the museum district offers something for everyone and makes every visit to the Bayou City unforgettable.