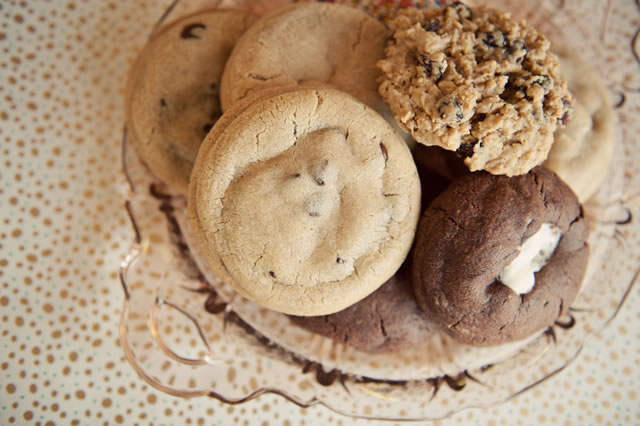 In Los Angeles, the sweets scene is as diverse as the city itself, bringing together longtime favorites, new hot spots, cultural flavors and inventive indulgences conjured up by the region’s creative culinary minds.

Lines often wrap around the building at Bottega Louie in downtown, with essentially every guest waiting their turn to order the shop’s macarons, which are displayed as incredibly as they taste. Meanwhile, crowds flock to Los Feliz to try local pastry chef Sylvia Yoo’s churro ice cream sandwiches at Churro Borough.

While trends like these come and go in the city, several establishments hold a special place in the hearts of Angelenos for their iconic treats. Diddy Riese, for instance, has served Los Angeles its legendary cookies, brownies and ice cream since 1983. Tucked right off the UCLA campus in Westwood, it’s not just part of the college student diet; all ages indulge in the $2 ice cream sandwiches.
Newer establishments have also developed quite a following, such as Pizzeria Mozza for its butterscotch budino, a rich, silky Italian dish similar to pudding. And artisanal ice cream has carved out a permanent niche, with shops from Milk to Carmela Ice Cream and Salt & Straw opening in recent years.

This fall, celebrate all the city has to offer on National Dessert Day (Oct. 14) with the following recommendations from local concierges. The holiday may just occur once a year, but visitors can dedicate any day to enjoying all the sugar-filled possibilities throughout LA.

Recommended by Joyce Louie, chef concierge at Montage Beverly Hills
“Sweet Rose Creamery … specializes in homemade artisanal ice cream made with organic milk and cream from Clover Organic Farms. In addition to ice cream, they make sorbets and dairy-free ice creams from scratch. … A lot of their flavors are seasonally inspired; if you have the chance, I recommend their salted caramel and Caffe Luxxe Coffee flavors. Order that with their homemade waffle cone and you’ll have a perfect dessert.” (7565 Beverly Blvd.; 310-844-0944; sweetrosecreamery.com)

Recommended by Joyce Louie, chef concierge at Montage Beverly Hills
“Milk Jar Cookies … pairs their delicious homemade cookies with milk, ice cream and coffee. The chocolate chip walnut is to die for. Also, gluten-free options are available. For gift deliveries, they will pair it [upon request] with an old school glass bottle of milk, which makes for a cute presentation.” (5466 Wilshire Blvd.; 323-634-9800; milkjarcookies.com)

Recommended by Sarah Dandashy, concierge at The London  West Hollywood
“Imagine a little piece of Paris tucked away in the middle of West Hollywood. Well, that would be La Conversation. … From croissants to fruit tarts and everything in between that you could imagine in a traditional French bakery, there is no wrong choice.” (638 N. Doheny Dr.; 310-858-0950; laconversationbakery.com)

Recommended by Sarah Dandashy, concierge at The London  West Hollywood
“Located in the middle of the Sunset Strip is The Church Key. … Crowds go crazy for their brioche doughnuts, and rightfully so. Covered in a brown butter glaze and cinnamon caramel, the doughnuts are paired with a … milkshake.” (8730 Sunset Blvd.; 424-249-3700; thechurchkeyla.com) 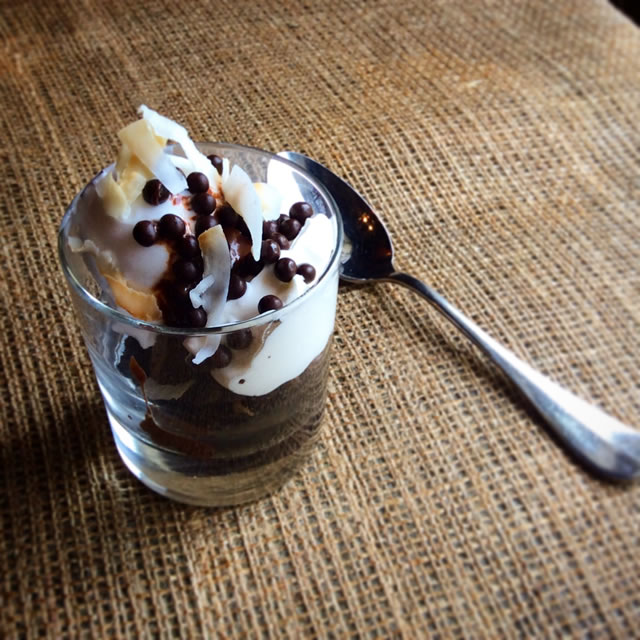 Recommended by James Little, chef concierge at The Peninsula Beverly Hills
“The warm butter cake is an absolute must-have when dining at Mastro’s Steakhouse. Regardless of how full you are, save room because it’s a sinfully decadent end to the meal. A buttery cake outer layer gives way to a rich cream cheese [layer] … with just the right amount of fresh whipped cream [and] vanilla bean ice cream drizzled with raspberry syrup.” (246  N. Canon Dr.; 310-888-8782;  mastrosrestaurants.com)

The Bazaar by José Andrés’ 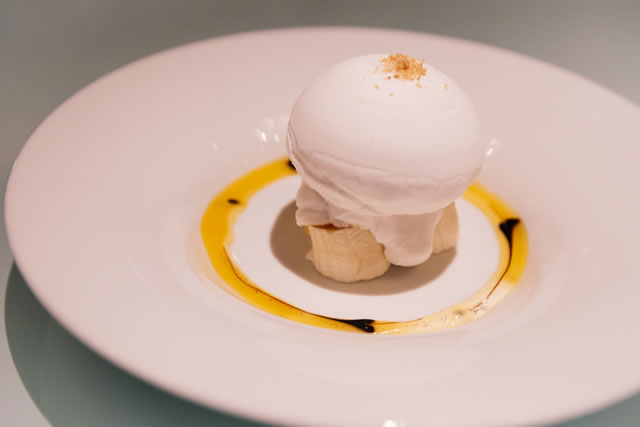 Recommended by James Little, chef concierge at The Peninsula Beverly Hills
“The Bazaar by José Andrés’ Nitro Coconut Floating Island is coconut cream flash frozen with liquid nitrogen so it has a crispy shell on the outside and a soft, creamy interior, served with caramelized bananas and passion fruit. It’s one of the best examples of using modern technique to create a delectably sublime treat.” (465 S. La Cienega Blvd.; 310-246-5555; sbe.com)