Oct 20, 2015Bespoke Concierge MagazineComments Off on New Broadway Hits for 4 Types of TravelersLike

For more than a century, the bright lights of Broadway have captivated audiences young and old, from the dramatic special effects to the memorable scores. Today, billboards of the biggest hits hang alongside newcomers, serving as a constant reminder of New York’s iconic past and its innovative future.

Walk through the Theater District on any given night, and shows ranging from classic revamps to pop-culture driven plots can be found enthralling audiences mostly consisting of visitors—both experiencing Broadway for the first time or returning for the magic yet again. In fact, tourists account for 70 percent of all ticket sales, according to an industry report published late last year. And while the report also typified the average audience member as a 44-year-old female, Broadway doesn’t care if you’re a young girl or grown man, New Yorker or out-of-towner. As popularity continues to increase, the theater’s unique combination of timeless classics and innovative offerings holds a universal appeal for all types of people, no matter what life stage they find themselves in. 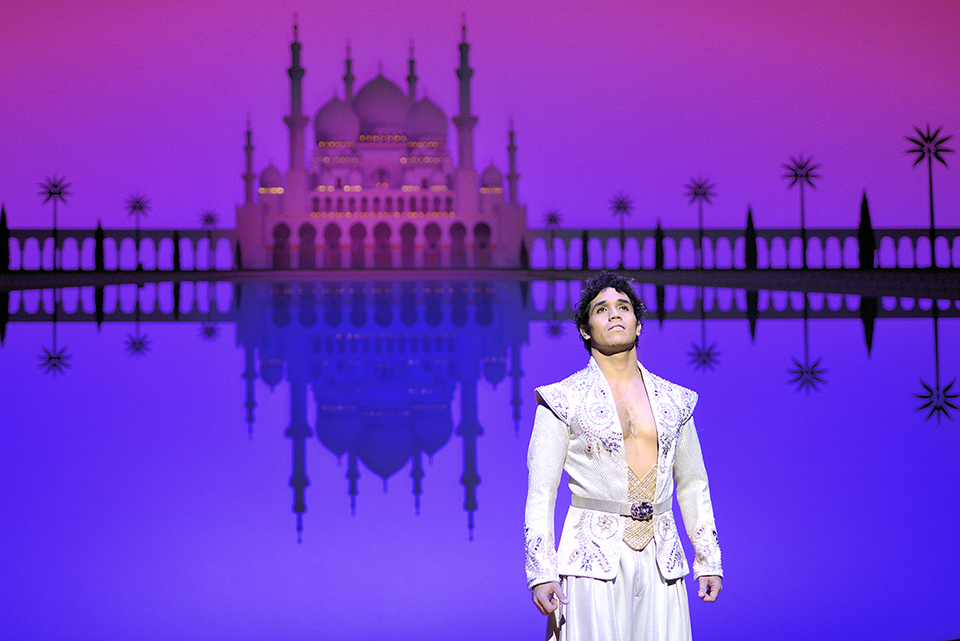 “Aladdin” is based on the Oscar-winning Disney film. (Courtesy Deen Van Meer)

Based on Disney’s 1992 Oscar-winning film, “Aladdin” follows the whimsical journey of an unlikely trio: a daring, young street urchin, a beautiful Arabian princess and a comedic genie. Set in the fictitious land of Agrabah, the familiar tale is brought to life by colorfully elaborate costumes and backdrops. “Kids will love it and most parents will be of the age that they remember the movie themselves,” says Julie James, program director and host of the SiriusXM channel On Broadway. In addition to songs from the 1992 soundtrack, the score also features unique material and a few tunes originally intended for but left out of the movie. For those familiar with the film, the ending is no surprise, but that shouldn’t stop families from splurging on tickets. (aladdinthemusical.com)

A family favorite for its imaginative script and exceptional talent, “Matilda” brings Roald Dahl’s 1988 novel about a young girl who cleverly outwits her vile parents and cruel headmistress to life. “It’s visually stunning and has moments that range from hilarious to heartwarming,” says TheaterGeek.net blogger Amanda Rosenberg. “Kids will love seeing so many children their age on stage.” With first-rate performances from the Royal Shakespeare Company and an inventive score by Tim Minchin, the musical strikes a fair balance between an anti-authoritarian theme and heroic high notes. (us.matildathemusical.com)

“Finding Neverland” chronicles the creative process of author J.M. Barrie during the period in which he developed “Peter Pan,” the story of a boy who didn’t want to grow up. Featuring stunning scenes from renowned choreographer Mia Michaels and a memorable performance from Emmy-nominated “Glee” actor Matthew Morrison as J.M. Barrie, the play is “nostalgic, charming and playful all at once,” says Adél Grobler, account director of Imagine Communications. Children will be entranced by a glittery Tinker Bell character, while parents will connect with the play’s themes of love, loss and the power of imagination. (findingneverlandthemusical.com)

Perfect for impressive first dates or special anniversaries, these romance-driven shows will likely make couples feel like they’re falling in love all over again. 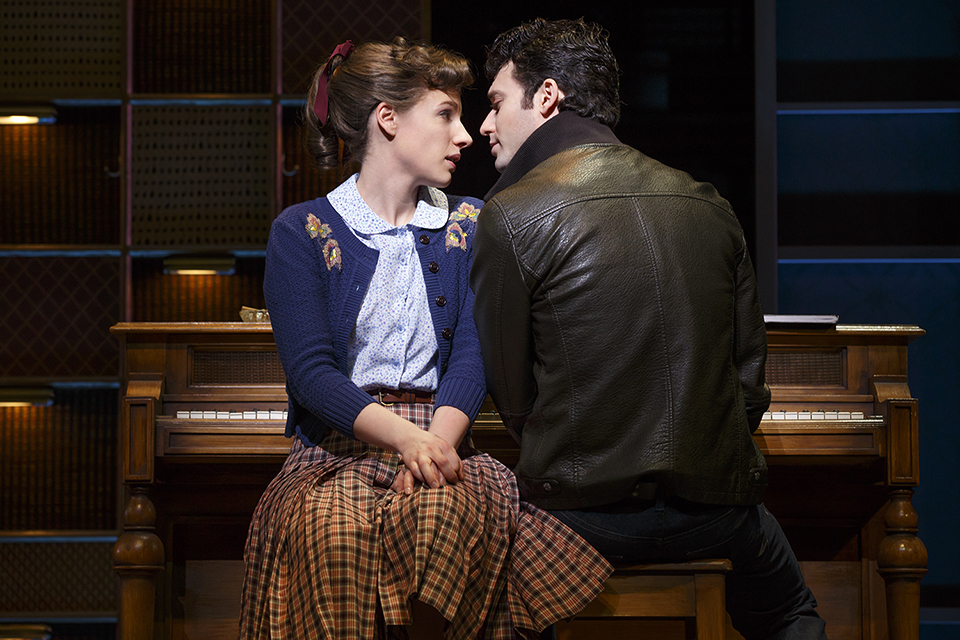 “Beautiful: The Carole King Musical” tells the story of the singer’s rise to fame and features many of her pop hits. (Courtesy Joan Marcus)

“Beautiful: The Carole King Musical” has proven massively appealing to fans of the jukebox musical, as its critically acclaimed score won a Grammy Award for Best Musical Theater Album earlier this year. Filled with many upbeat pop hits from the famed singer-songwriter, this is a must-see show for couples familiar with King’s rise to stardom throughout the 1960s, including her music that’s often referred to as the soundtrack for the generation. According to Grobler, “[Expect] lots of hand-holding, singing along and doe-eyed looks passed between audience members as they recollect the times when they fell in love with one another and followed their dreams.” (beautifulonbroadway.com)

On Stage: Through Nov. 29 | Stephen Sondheim Theatre | Tickets begin at $69

Rodgers and Hammerstein’s classic tale chronicles the clash between a modern British schoolteacher and the traditional King of Siam, an unlikely pair compelled by an unspoken affection for one another. “The score is so romantic … any couple will walk out arm in arm, hand in hand and fall in love all over again,” James says. Tony Award winner Kelli O’Hara stars in this production alongside Academy Award nominee Ken Watanabe of “The Last Samurai,” as they tackle the roles of the modernized woman and headstrong king, respectively. This revival—winner of the 2015 Tony Award for Best Musical Revival—features beloved songs including “Getting to Know You,” “Shall We Dance?” and “I Whistle A Happy Tune.” (thekingandibroadway.com)

“An American in Paris”

The recipient of four Tony Awards in 2015, “An American in Paris” brings the 1951 Oscar-winning movie musical that starred Gene Kelly to the stage with a sincere score from the iconic George and Ira Gershwin. Set at the end of World War II, the play’s decadent ballet numbers heighten the love story between an American soldier and a young French woman. “The show is undeniably artsy,” Grobler says, adding that the stunning sets and wistful costumes only add to the allure. Couples will get lost in the indomitable city of Paris just as quickly as they get lost in each other’s eyes. (anamericaninparisbroadway.com)

Musicals for the Memories

Taking place in the past, these shows have audiences dreaming of the days of yesteryear while also presenting relatable scenarios on stage. 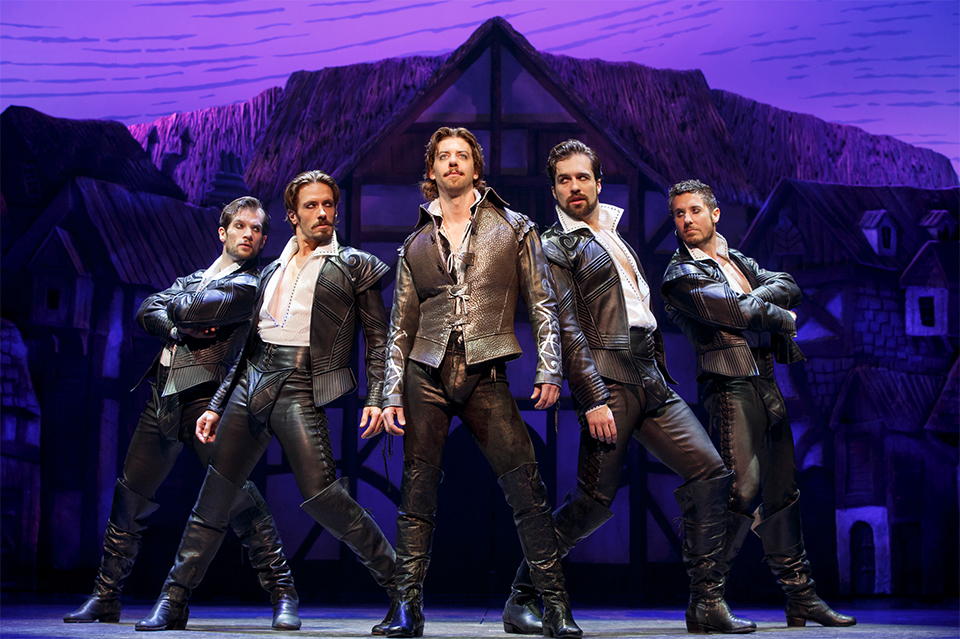 Shakespeare fans will appreciate the comedic twist in “Something Rotten.” (Courtesy Joan Marcus)

Set in 1590s England, this musical comedy transports audiences back to the Elizabethan era as a pair of brother playwrights clamber for the limelight when they find themselves overshadowed by William Shakespeare. “The plot of this playful musical is perfect for middle-aged theatergoers who have had ample time to experience job-envy or go unnoticed alongside the … go-getter at work,” Grobler says. “Something Rotten!” will especially appeal to experienced theatergoers and lovers of literature, as it dramatizes the cultures of both Broadway and the Bard of Avon. (rottenbroadway.com)

Previews begin Oct. 5 for this energetic dramatization of the dynamic couple Emilio and Gloria Estefan’s rise to fame starting in the early 1980s. Ana Villafane stars opposite Josh Segarra as the 27-time Grammy Award-winning Estefans, who revolutionized Latin music in the U.S. With chart-topping hits such as “Rhythm is Gonna Get You,” “1-2-3” and “Conga,” this musical warrants the exclamation mark in its title and will tempt audiences to get out of their seats and up on their feet. (onyourfeetmusical.com)

Inspired by the real-life childhood of George Takei (the actor widely known for his role as Hikaru Sulu in “Star Trek”), this new Broadway musical dates back to World War II. The story follows Sam Kimura—the older character played by Takei and the younger by Telly Leung—and his sister, who take two different approaches to save their family from wrongful imprisonment. As the memories are relived, Sam is reminded of the redemptive power of forgiveness and love. (allegiancemusical.com)

For young professionals seeking plays that are bit more avant-garde, the following features will spark interesting conversation after the curtain drops. 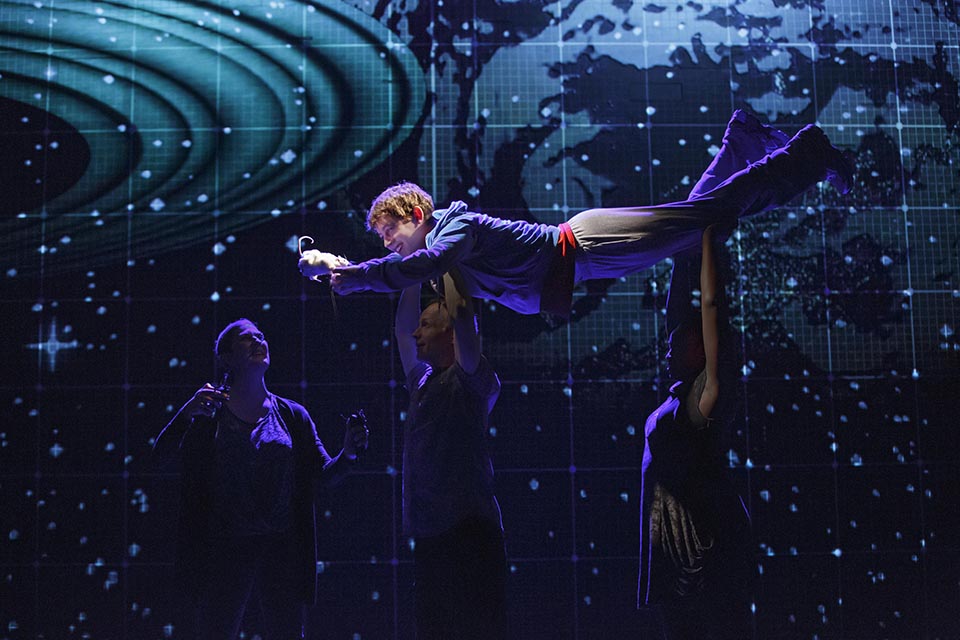 “The Curios Incident of the Dog in the Night-Time” stars Alex Sharp (above). (Courtesy Joan Marcus)

“The Curious Incident of the Dog in the Night-Time”

Described by James as “one of the most inventive things I’ve ever seen on stage,” this Tony Award-winning play based on Mark Haddon’s best-selling novel delves into the world of a teenage boy with an exceptional mind. Part murder mystery, it uses “projections, music, sound effects and choreography to translate this boy’s whirling brain and how he deals with everyday life in his world of extreme intelligence,” James says. (curiousonbroadway.com)

Commemorating Roundabout Theatre Company’s 50th anniversary season, “Thérèse Raquin” is an adaptation of Émile Zola’s novel of the same name. Oscar nominee and former-West End performer Keira Knightley makes her Broadway debut as the lead in the play, which follows Thérèse’s encounter with her husband’s childhood friend, Laurent. He sparks a deep passion within her, but they soon learn just how complicated love can get. (roundabouttheatre.org)