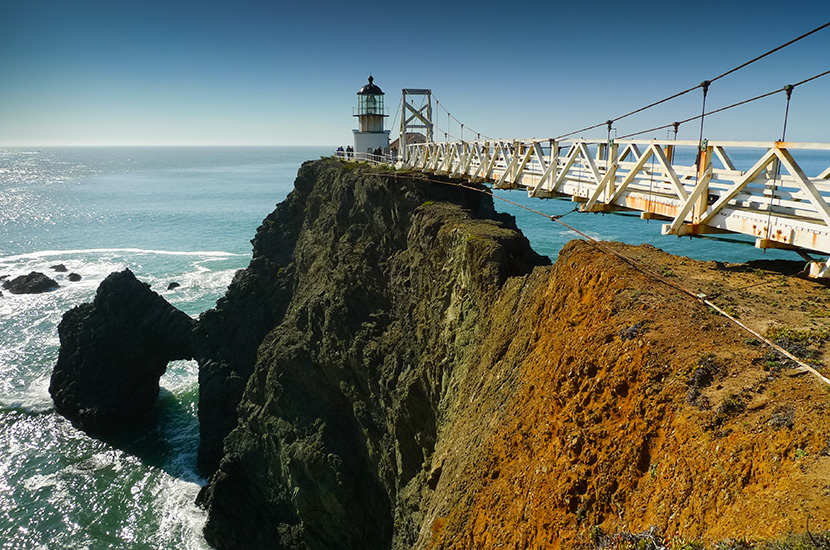 Visitors in need of a break from San Francisco city life need only take a page out of Jack Kerouac’s renowned roman à clef, “On the Road,” and hop in the car for a daytrip to nearby destinations. The 1957 novel details a cross-country adventure through America, and you can embark on your own while staying in the City by the Bay—scenic views and fine dining await in nearly every direction.

Kerouac himself is known to have traveled frequently in the 1940s and 1950s to Marin, an affluent county just north of the Golden Gate Bridge; Marin City and Mill Valley even make an appearance in the novel as “Mill City.” Intrepid travelers can also head southeast to the peninsula city of Palo Alto, home to Stanford University and a thriving culinary scene. Or, a short cruise southwest offers stunning views of the Pacific coast on the way to Half Moon Bay. Whichever way you choose, the cities around San Francisco offer myriad activities and lend themselves to the serenity that comes from a day’s drive. As Kerouac noted in his novel, “Nothing behind me, everything ahead of me, as is ever so on the road.” 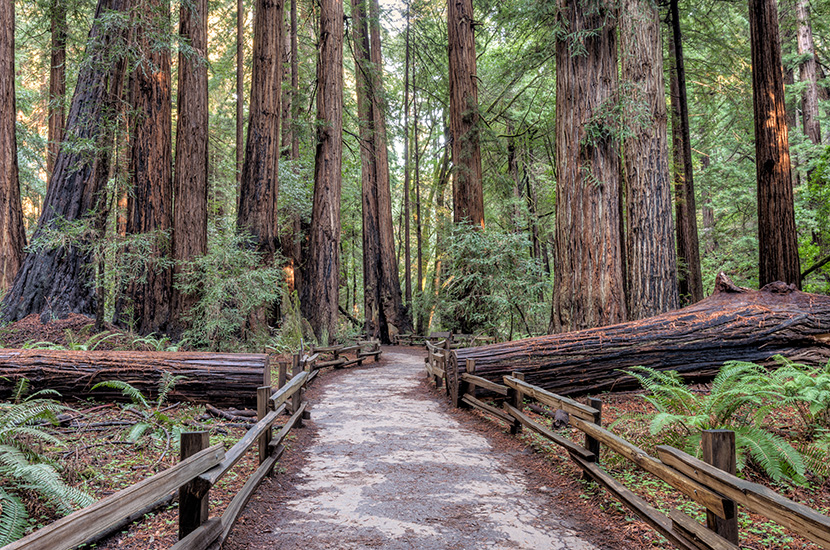 Northern Exploration
Where: Marin County
Distance: Approximately 20  miles
Duration: Approximately 40 minutes, plus side trips
Directions: Drive U.S. Route 101 north to San Rafael, stopping in communities just off the highway along the way.
Alternate Route: Take a ferry into Marin and enjoy views from the water; they depart for Larkspur from the Embarcadero behind the famous Ferry Building several times a day.

Spending a day in Marin County—encompassing the cities of Mill Valley, San Rafael, Larkspur, Sausalito and more—gives visitors the perfect excuse to drive across the Golden Gate Bridge. An icon of San Francisco, it was the longest suspension bridge in the world when it was completed in 1937. Today, it is continuously painted to protect from corrosion and, contrary to popular belief, receives coats of a signature International Orange color, not red. It’s just the first of many historic sights to behold on a day trip through the northern county. 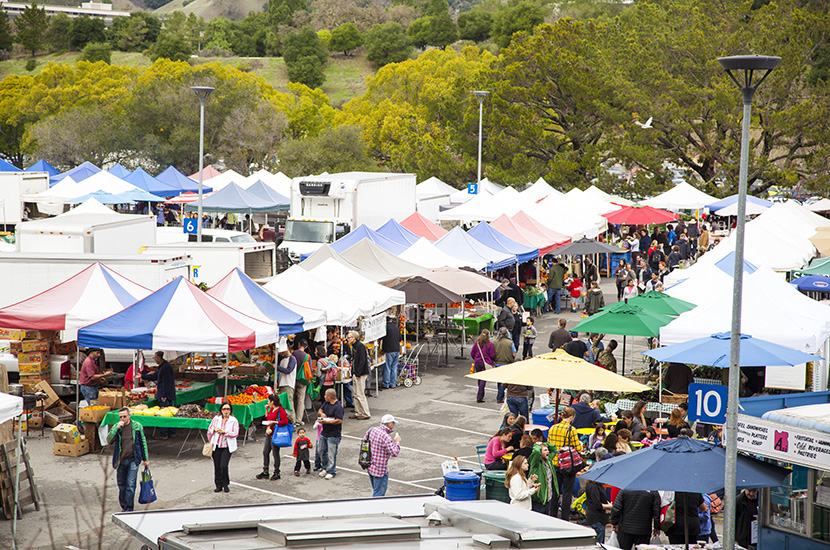 “Sandwiched in between San Francisco and the Napa Valley, Marin makes this tourist destination a trifecta,” says Brigitte Moran, CEO of the Agricultural Institute of Marin. “Our rolling hills, our farmers, our food, our beaches, our bay and the people are what make Marin special.”

Start your tour with the gentle giants of Muir Woods National Monument, a coastal redwood forest off state Route 1, accessed from U.S. Route 101. (Parking fills up quickly; a shuttle is available near the Muir Woods entrance on weekends, and on summer weekdays.) Thanks to then-U.S. Rep. William Kent of California, who bought the land before donating it to the federal government in 1908, visitors can amble through the park looking for their favorite specimens, which can grow hundreds of feet tall and live for thousands of years. 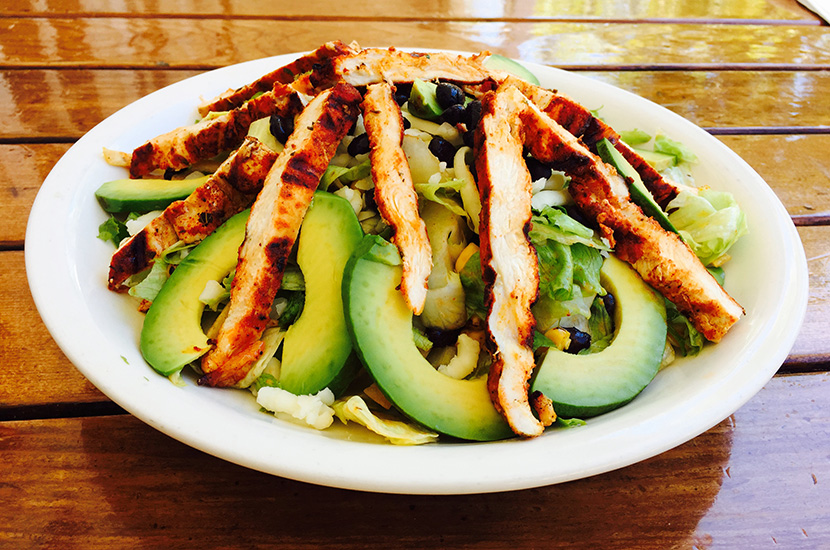 Of course, all that hiking is sure to work up an appetite: For upscale versions of American classics, stop by Buckeye Roadhouse or Bungalow 44 in Mill Valley. You can also head north to Larkspur, where Marin Brewing Company serves up award-winning microbrews including raspberry and blueberry ales, and Pizzeria Picco specializes in seasonal ingredients. Nearby, the Marin County Civic Center in San Rafael offers guided tours of its buildings, which were the final commission of renowned architect Frank Lloyd Wright, and also hosts one of the largest farmers markets in California year-round on Sundays from 8 a.m. to 1 p.m.

On the way home, consider a side trip to the still active Point Bonita Lighthouse, a hidden gem of the Bay Area. Built in 1855 to help guide ships through the perilous Golden Gate straits, the site offers sweeping views of the iconic bridge. The lighthouse is in Golden Gate National Recreation Area; nearby Sausalito offers several dining options to try before heading back to the city. Bar Bocce is a local favorite for pizza and bocce ball against stunning shoreline vistas—be aware that in-demand tables are first-come, first-served. A block away, Sushi Ran has some of the best sushi in the region, and down the road, Le Garage Bistro—opened by two Frenchmen who met while working at the now shuttered Chez Papa Bistrot in San Francisco—offers French classics in a waterfront setting. 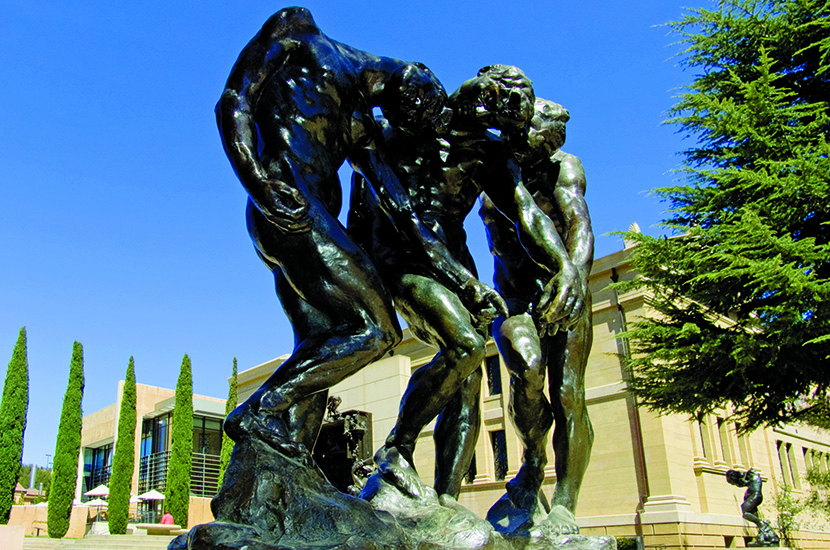 One of the most affluent cities in America, Palo Alto is located in the heart of Silicon Valley and has served as headquarters for some of the biggest names in technology, including Facebook, Hewlett-Packard and Tesla. But don’t be fooled by the impressive resume: With plenty of shopping, fine dining and wine bars, it’s also where geek meets chic. 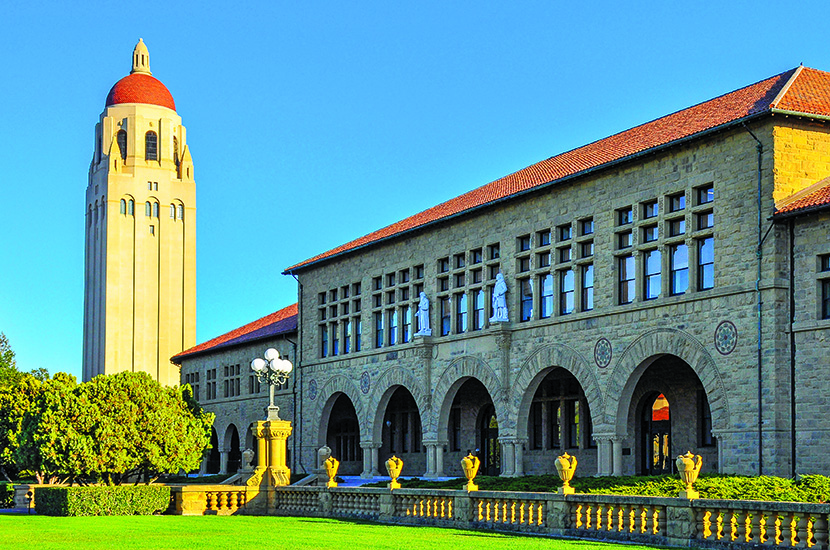 Start your tour in downtown Palo Alto, where San Francisco restaurant owners have found new homes on and around University Avenue in recent years and given visitors the chance to enjoy the same big-city flavors in a decidedly more relaxed setting. San Francisco staples like Tacolicious and Pizzeria Delfina have locations downtown, and even the sweets are moving south—Chantal Guillon, owner of the eponymous specialty macaron shop in Hayes Valley, opened her second shop on University Avenue three years ago and has remarked that Palo Alto reminds her of the south of France. If you’re still in the area around dinner, head to popular Lure & Till for handmade pasta and a house-made aged vermouth cocktail, or cozy up after dinner in The Wine Room, which offers dozens of sips by the glass.

Continue up University Avenue, and you’ll find yourself on the sprawling campus of Stanford University. Though the grounds are technically within their own adjacent city located in Stanford, Calif., they flow seamlessly into Palo Alto. Shoppers will be happy to discover the Stanford Shopping Center, a dog-friendly, open-air mall that features plenty of luxury brands like Louis Vuitton, Tiffany & Co. and Kate Spade New York. More valuable, however, is the assemblage at the Cantor Arts Center at Stanford University, which includes one of the largest collections of bronze sculptures by French artist Auguste Rodin outside of Paris. There are also two outdoor sculpture gardens open 24 hours a day—one features 20 bronzes by Rodin and the other contains 40 wood and stone carvings created by 10 artists from the inland Sepik River area in Papua New Guinea. 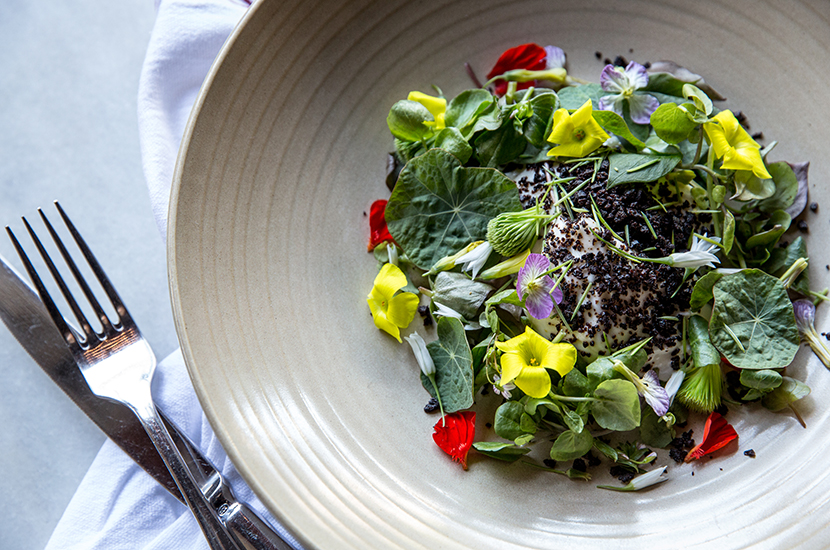 Because Palo Alto annexed the city of Mayfield in 1925, a second downtown exists and is worth visiting. Located along California Avenue and its surrounding streets, it hosts a year-round farmers market on Sunday mornings and is home to several boutiques as well as Michelin-starred French restaurant Baumé, which features tasting menus for lunch and dinner.

Coastal Appeal
Where: Half Moon Bay
Distance: Approximately 30 miles
Duration: Approximately 1 hour
Directions: While U.S. Route 101 is more direct, the scenic drive south along state Route 1 follows the coast overlooking the Pacific; turn left on Kelly Avenue to reach the destination.
Alternate Route: If you decide to take U.S. Route 101, follow your GPS. There are a few freeway transitions and turns required to reach the city.

Half Moon Bay and its surrounding areas offer visitors the ultimate in quiet, beach town charm. Expect stunning views and a reprieve from city life—all within an hour’s drive from San Francisco.

“There is a constant pressure in the city that does not exist in Half Moon Bay,” explains Francesco D’Agostino, co-owner of the city’s award-winning restaurant Via Uno Cucina Italiana & Bar. “It feels peaceful and relaxing, with a small-town vibe and friendly people, like you are back in time when the pace of life was slower. I love it here, it reminds me of my small, seaside town in Italy.”

On the scenic drive down state Route 1, keep an eye out for whales as you pass Gray Whale Cove State Beach and consider stopping at the lookout near the Point Montara Lighthouse along the way. You could also schedule a visit to the Friends of Fitzgerald Marine Reserve in Moss Beach, just north of Half Moon Bay. At low tide, visitors can explore 3 miles of bluff and tide pools, and see species of fish, crab, octopus and more.

Arrive downtown at the epicenter of the city, and discover an array of art galleries and boutiques. Head down Main Street and you’ll find Light & Art, a shop filled with glass sculptures and jewelry, as well as the Colors of the Coast Gallery, where artist Ellen Joseph produces dozens of paintings of the surrounding landscapes. If you stay until dinnertime, make a reservation at Cetrella for upscale, Mediterranean-inspired fare and live jazz on the weekends. 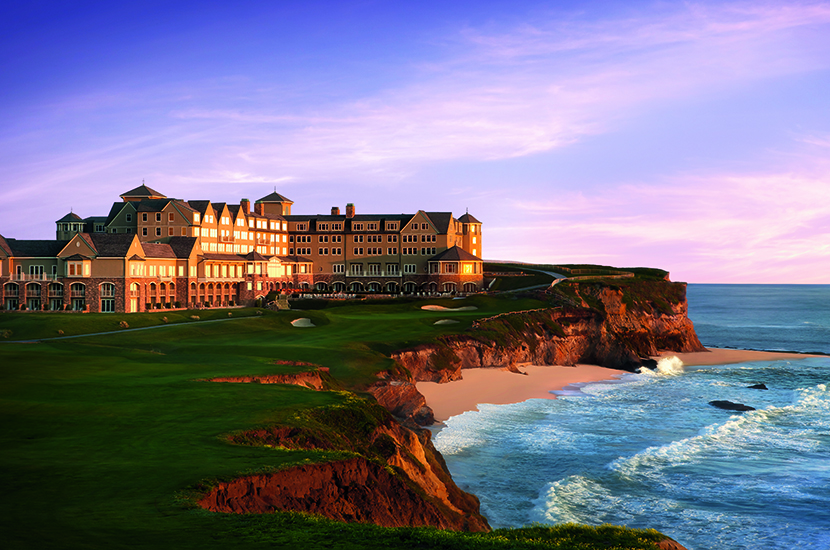 Farther south, more dining options abound with stunning views, such as Via Uno, which specializes in authentic southern Italian cuisine. For a more formal atmosphere, try Navio inside The Ritz-Carlton, Half Moon Bay: Offering American fare in an upscale setting overlooking the ocean, the restaurant is complemented by neighboring Eno Wine Bar—boasting international wines in addition to cheese and chocolate—as well as two championship golf courses on the property. C