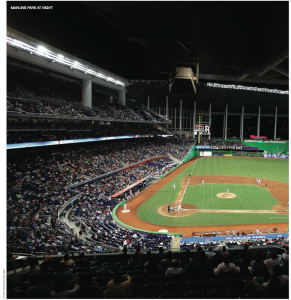 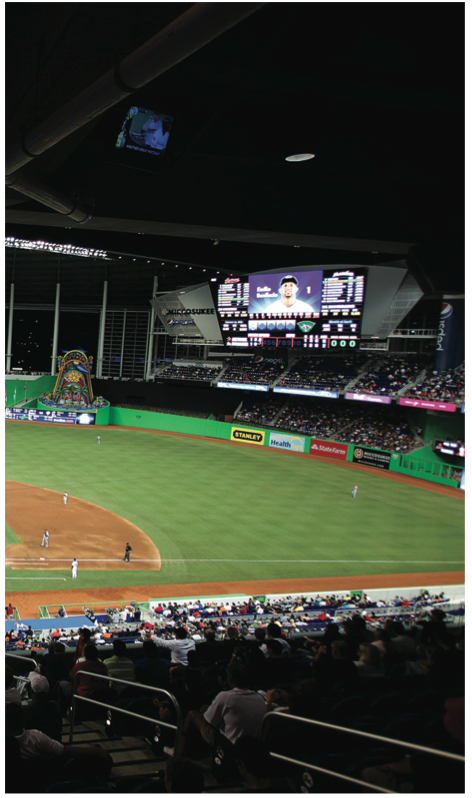 Jeffrey Loria, owner of the former Florida (now Miami) Marlins, didn’t beat around the bush when he recently gushed about the newest ballpark in baseball, Marlins Park, to the New Yorker.

“The stadium wasn’t just any old luxury-box conduit,” he said. “It was a lasting work of architecture, a contribution to the skyline of a major American city … lots of glass, lots of steel, beautiful white surfaces everywhere, curves, things that delight the eye.”

And while there are plenty of “things that delight the eye” to be found in Miami, this ballpark takes the design element further by taking bigger artistic risks than any other stadium built in the last two decades.

The ballparks of the last 20 years have been built in one distinct fashion: retro, steel-girded and red-brick heavy from San Francisco to Baltimore—meanwhile, Marlins Park scoffs at the trend by hitting the fast-forward button in design with sleek and bright contemporary architectural characteristics not yet seen in any other big league park. The ballpark looms beyond the skyline and greets its visitors with a sprawling grassy plaza surrounding the main entrance, known as West Plaza. It is here that towering white columns hold up the retractable roof of the flexible indoor-outdoor stadium—meant to provide a better, climate-controlled indoor baseball experience during humid summer months. West Plaza is open to the public 365 days a year and features four retail shops with regional food options and artistic tributes to the Orange Bowl, the legendary football stadium that previously occupied this location. 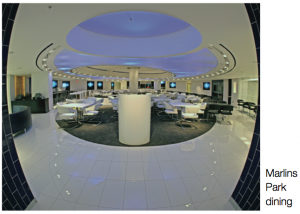 The stadium, despite being built on a large plot of land, features the fewest seats in Major League Baseball, many of which are closer to the action on the field than any other ballpark. More intimate seats, unobstructed sightlines and walkways that ensure fans don’t miss any action are a far cry from the mammoth 72,000-seat football stadium that the Marlins used to call home. The new ballpark offers much for fans to enjoy, including signature eats from the South Florida area and raucous good times to be had at The Clevelander, an exclusive lounge and nightclub in left field that is based on the campy Miami hotel in the Art Deco District. Yes, those are probably bass-heavy house beats or the latest Pitbull remix you’re hearing booming from left field, just behind the frolicking girls in the adjoining swimming pool; now at Marlins Park, sensory delights abound at “the old ballgame.” 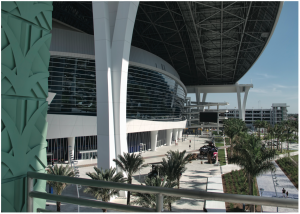 The Marlins already have two World Series championships under their belt, an amazing thing considering that they’ve only been around since 1993. And this new season in a new ballpark with many fresh faces lining the dugout promises to be an exciting one for fans of “The Fish.” 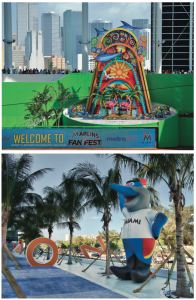 The Florida Marlins, as they were known for every year leading up to the 2012 season, used to call Joe Robbie Stadium in Miami Gardens (which later came to be known as many different corporate names) home. This was a stadium built first for the NFL’s Miami Dolphins and featured seating for 72,000 fans, making it less than ideal for the low-key baseball experience. Empty seats and unpredictable weather were the usual routine. Even as the Marlins enjoyed many great seasons, the debilitating humidity and rainstorms in Miami would keep many fans in front of the TV, watching the games from their air- conditioned homes.

Big plans for a new ballpark were years in the making, and after years of negotiating, the Marlins had financial and vocal support for a gleaming new stadium 15 miles south of the old football stadium in the heart of Miami’s Little Havana.

Enjoying the Sweet (and Suite) Seats

Marlins Park may have the fewest seats of any MLB ballpark, but there are virtually endless ways to enjoy the game from premium, top-notch seats.

“The Diamond Club is our most exclusive area,” Carolina Perrina, director of communications, says.

There is no shortage of places to treat yourself at Marlins Park, the most exclusive of which is the Diamond Club, home to the best seats directly behind home plate on the lowest portion of the field level. The Diamond Club is now the most posh, velvet-roped club in Miami, and is an all-inclusive high-end dining and beverage experience. All dining amenities are available in the oversized, cushy seats throughout the game, as the concierge staff waits on guests and ensures that their day at the ballpark is an unprecedented delight. The Diamond Club also comes with private parking, VIP entrance from parking and private concourses. But what’s the best part? The first row is just 47 feet from home plate, placing fans closer to the action (and the two gigantic saltwater fish tanks that make up the backstop) than anywhere else in the house.

Looking to bring a group of friends, co-workers or family to an unforgettable experience? Try experiencing a game in one of the Lexus Legends Platinum Suites or Lexus Legends Gold Suites at Marlins Park. The private seating areas feature tickets for the group, parking, a special menu of food and beverages, a private kitchen, bathroom and flat-screen televisions—and are located with perfect sightlines to enjoy every pitch. Additionally, guests that enjoy the cozy confines of a suite can partake in the private amenities of the Lexus Legends level, with distinct food and shopping availabilities.

The Founders Suites are nearby, adorned with custom, contemporary touches in seating and lighting. They feature the same options as other suites, including a 63-inch flat screen television as well as a standard 46-inch television screen.

The Bullpen Zone is also a great seating area in right field, located next to the visitor’s bullpen with a bird’s eye view of the road team’s relievers warming up to take the mound. The Bullpen Zone includes tickets, parking, an all-inclusive food and drink experience and flat-screen televisions as well.

If locals want to lock down the premier experience of a suite for the entire regular season, then the two Championship Suites are available with similar amenities to the Lexus Legends suites—one is located on the first base line, and the other is located on the third base line. Naturally, the Championship Suites are named in honor of the Marlins’ two World Series-winning seasons in 1997 and 2003. Championship suites are available only by entire season, unlike other suite options.

And the best part of this plethora of exclusive seating options is the opportunity to purchase playoff seats in advance, should the Marlins do well. Fans need look no further than The St. Regis Bal Harbour for all their premier game experiences.

Chef Concierge Brian Bean says, “The concierge’s desk has access to the most VIP experiences that the Marlins have available.” 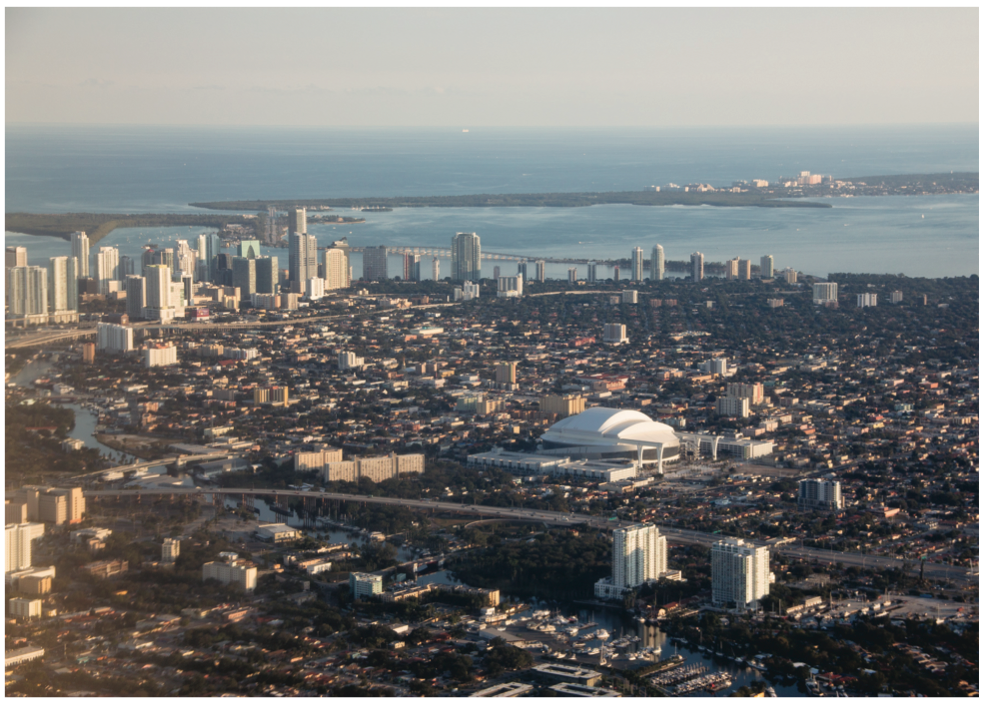