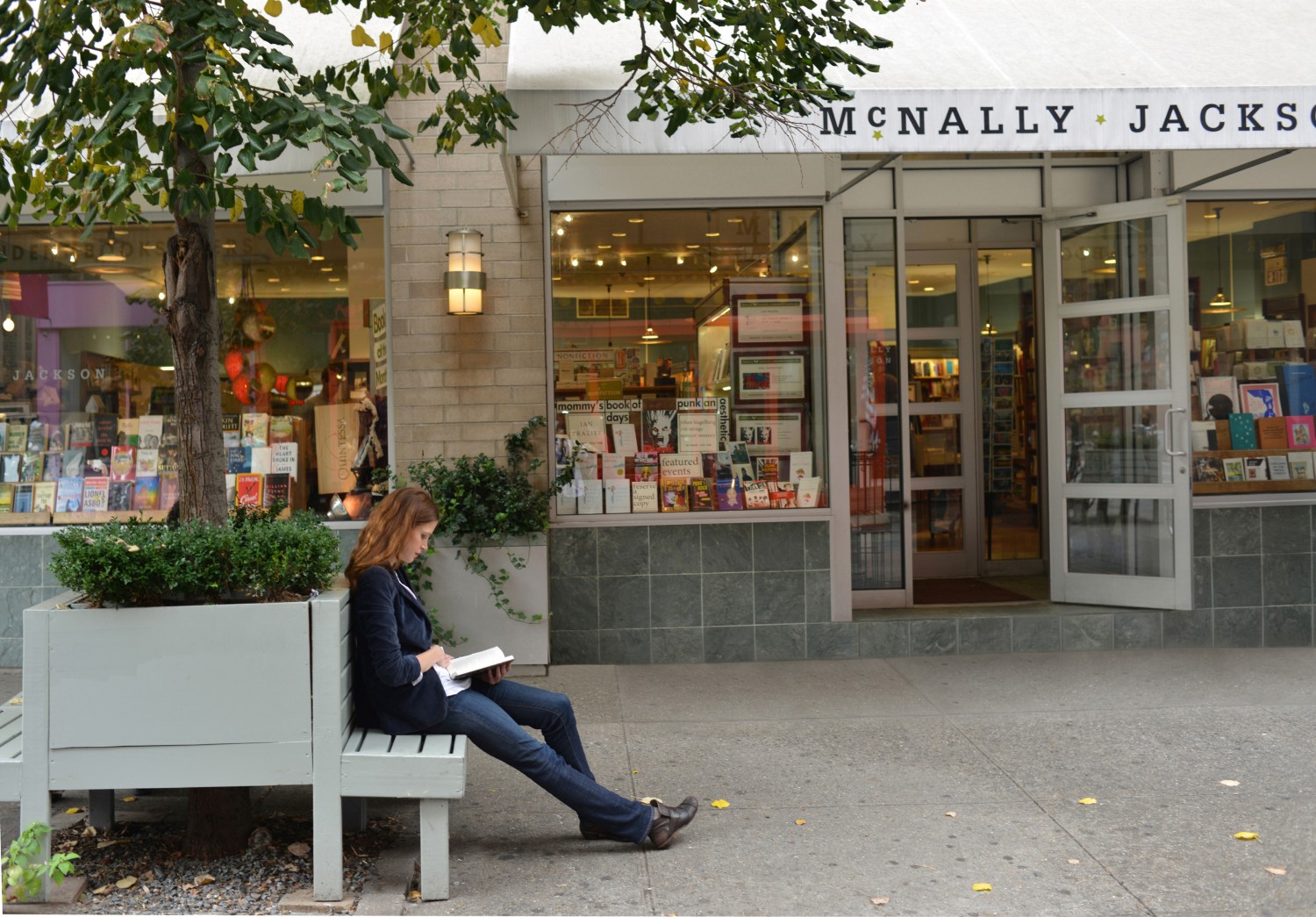 With the development of technology like Kindles and other e-reader devices, more people are turning to high-tech, modern methods of reading. Still, there’s nothing quite like the feel of a book in your hand and the anticipation that comes with turning each page. New York has long been considered one of the most cultured, literate destinations in the world, and the city is known for having some of the most popular libraries and bookstores offering every type of book imaginable—from rare first editions to children’s stories to modern classics.

Manhattan’s many specialty outposts beckon bibliophiles and bookworms alike to take a literary tour of the town. Whether visitors are hoping to buy or browse, places like The New York Society Library or McNally Jackson offer more than just a place to find books—they provide a true immersion in the city’s well-read culture and prove that the printed word is far from obsolete.

Ten years ago, Sarah McNally and Chris Jackson joined forces to open up a two-floor independent bookstore in Nolita, arranging literature by nation and adding a busy cafe so customers could spend hours perusing the global selection. McNally Jackson is also known for offering publishing services, helping up-and-coming authors get their words in print.

“There was a bit of defiance in the act of opening at a time when people were increasingly proclaiming the death of print and the disappearance of bookstores, but it’s precisely this defiance, along with some singular ingenuity and an unerring belief that readers will always love a good bookstore, that helped us buck the tide,” says Matt Pieknik, director of marketing at McNally Jackson Books. “Our highly knowledgeable … staff members lend the store a lot of its unique charm and excellent collection. Not only do they give enthusiastic and well-informed recommendations, but each of them manages [a] section of the store about which he or she possesses specialized knowledge.”

The bookstore also welcomes established and emerging authors five nights a week, with everyone from Salman Rushdie to David Sedaris appearing for free public talks. McNally Jackson has also hosted events for the annual New Yorker Festival in October, as well as the inaugural Downtown Literary Festival (in conjunction with the neighboring Housing Works Bookstore Cafe).

When Benjamin Bass opened the Strand Bookstore in 1927 on Book Row—which was home to 48 bookstores and is now known as Fourth Avenue in Greenwich Village—he started with just $300 of his own money and $300 borrowed from a friend, in addition to his own personal book collection.

“He named his bookstore after the London street where avant-garde writers like Thackeray, Dickens and Mill once gathered and interesting book publishers thrived,” says Brianne Sperber, the shop’s marketing manager. “Ben was fortunate during the Great Depression; he had an understanding landlord who allowed him to remain in business so long as he paid something toward the rent. This generosity allowed the Strand to persevere.”

Today, the almost 90-year-old independent, family-owned bookstore features only titles hand-selected by its frontlist buyers or used and rare buying desks. With 18 miles of books, there’s a publication for every imaginable preference.

“New and used books share shelf space in our store, and we offer a catalog that includes some pretty rare and unusual finds,” Sperber says. “Shopping at the Strand is much like a treasure hunt: You never quite know what you’ll find in stock.”

In addition to books, the shop holds multiple events each week, inviting diverse speakers such as renowned authors Junot Díaz and Joyce Carol Oates; acclaimed artists like Richard Serra and Chuck Close; and even celebrities including James Franco and Graham Nash.

Literature, history, criticism, social and natural sciences, travel and children’s stories all have a home at 192 Books, which places an emphasis on art and design. For more than a decade, the charming shop in Chelsea has offered a diverse assortment of both top sellers and rare and out of print books. Top reads and bundles—curated by the store’s in-house book enthusiasts for those hoping to expand their literary horizons—are touted as staff picks on shelves throughout the store.

Akin to a quiet private library, with high ceilings, a reading table and plenty of light, it’s a literature lover’s dream. The smaller size may limit the number of books stocked in comparison to larger outposts like the Strand, but the savvy staff is more than able to guide patrons through the available offerings.

The shop’s focus on the arts translates to its walls as well—192 Books hosts frequent art exhibitions inside the space, uniting art and literature by highlighting titles that correspond to the artists presented or the exhibit’s theme. In addition to exhibitions, the shop regularly features readings, signings and author discussions.

The city’s oldest library is a literary institution in Manhattan. Opened in 1754 in the old City Hall building, it has a long and lively history. During the American Revolution, British soldiers looted the shelves to sell books for rum and make wadding for rifles. Later, in 1789 and 1790, it served as the first Library of Congress. Luminaries such as Henry David Thoreau, John James Audubon and George Washington—who allegedly checked out two books and never returned them—have perused its offerings. Over the years, the library continued to change venues as the city grew, finally landing in its permanent home in 1937.

Located today on the Upper East Side, the ornate former townhouse features reading and study rooms, in addition to dedicated spaces for members and children. More than 300,000 volumes are stored within the library’s walls, with more than 4,000 publications added annually. Visitors can discover books in nearly every category—including audio books, newspapers, pamphlets and manuscripts—but literature, biographies, history, social sciences, the arts, travel and books about New York City are among the most populated collections.

Great books pair with good deeds in this Nolita-area bookstore. Run almost entirely by volunteers, Housing Works Bookstore Cafe sources all of its books from donations, and 100 percent of proceeds support Housing Works, the shop’s parent organization that provides services like housing, care and legal assistance to homeless and low-income New Yorkers living with HIV and AIDS.

Housing Works got its start in 1990, when four members of the AIDS activist group Act Up launched the organization in New York City; five years later, it opened up a thrift shop that eventually led to the addition of the bookstore and cafe.

Today, aside from selling fiction, nonfiction, rare books and collectibles, Housing Works Bookstore Cafe hosts sidewalk sales and events such as author talks on genre-specific topics, readings, slams and book clubs. Every summer, the organization also holds the Open Air Street Fair, a block party celebration on Crosby Street between Houston and Prince streets where visitors can purchase books, records and CDs for $1 each, plus live music, giveaways and food specials. Those who just want to enjoy a book while sipping coffee, beer or wine can pull up a chair in the cafe and spend hours perusing the shop’s eclectic literary selection.