San Francisco Through the Lens

Dec 06, 2012Bespoke Concierge MagazineComments Off on San Francisco Through the LensLike

Most Photogenic City in America

Local photographer Della Huff shares why San Francisco is the most photogenic city in America. – By Michael Albanese | Photos by Della Huff 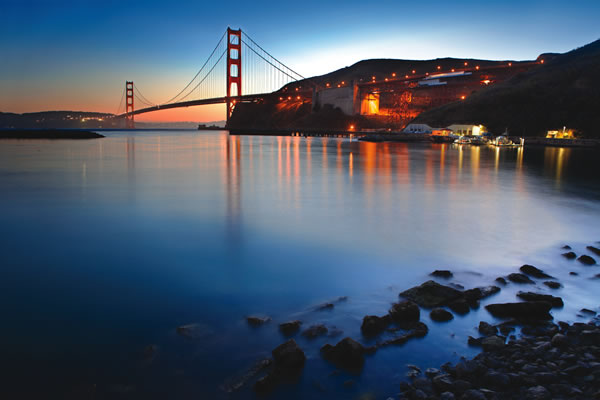 Beautiful and unpredictable, the mysterious fog of San Francisco consistently creates one of the most diverse landscapes in the country. Technically speaking, this phenomenon occurs when cool air blows over water. But set against the majesty of the Golden Gate Bridge, for instance, this thick, rolling sea fog is a photographer’s dream.Just ask locally celebrated photographer Della Huff about the first thing she does in the morning when she wakes up.

Huff, a native of Marin County, just 15 minutes across the Golden Gate Bridge from San Francisco, considers herself an “atmospheric landscapist” who finds the City by the Bay the perfect intersection of urban and natural landscapes. 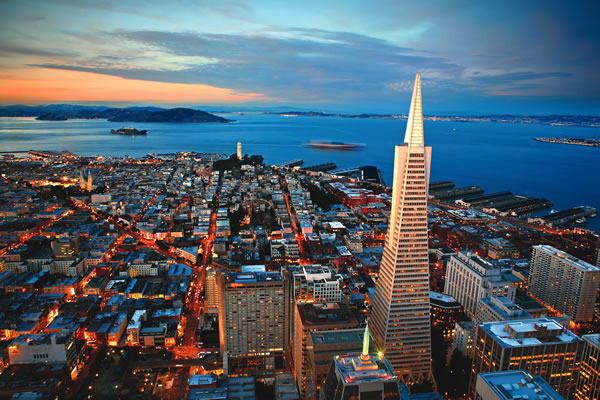 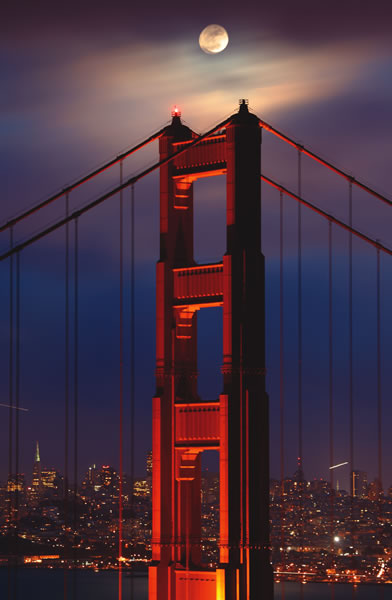 “California is endlessly inspiring for all landscape photographers. I personally love finding unique perspectives within this distinctive landscape. It’s what makes the Bay Area the perfect subject for me,” Huff says. “I especially love shooting the Golden Gate Bridge.  Even though millions of photographs have been taken of the bridge, with patience and planning it is still possible to produce something unique.”

Huff was first introduced to photography through her father’s amateur photographs of summer trips she and her sister would take with him.

“I could look at those photos for hours. I was inspired to create my own images,” she says. “So when I was 12 years old, I took my first black-and-white film class and learned how to use the darkroom. The first time I pulled a roll of film that was developed by hand out of the canister in the darkroom and held it up to the light, I was in love.”

In the era of instant photography, spending time planning images well in advance can seem inefficient and as old-fashioned as developing film—but for Huff, who transitioned to digital photography nearly 10 years ago, the end result is still the same. “There is still something magical in seeing an image you’ve spent weeks, months or even years envisioning come to life through the digital darkroom,” she says.

Huff shoots with Canon cameras and lenses, her favorite combination being the Cannon 5D Mark II paired with a 24-70mm or 100-400mm lens, though she prefers a Telephoto lens to capture a landscape. Most of her images are longer exposures between 10 seconds and two minutes, which helps achieve the calm, blurred water and rich colors featured in her work, she explains.

“People sometimes say that my images are ‘dreamlike,’ which I take as a compliment,” Huff says. “My goal is to capture the emotion that I feel for a place in my images, which is sometimes a subliminal or ethereal feeling.”

Huff is always open to serendipitous moments in her work. Sometimes she has to be there at the exact right minute in order to capture something uncommonly beautiful.

“Many photographers talk about the ‘golden’ and ‘blue’ hours of light that occurs around sunrise and sunset,” Huff says. “In my experience, the absolute best light really only exists for a couple of minutes a day. I often plan an image in my head and wait weeks, sometimes months, for the conditions to be just right before I shoot.”

Huff developed her photographic eye over years of trial and error, leading to an understanding of how natural light reacts with the human eye and translates to film or a digital sensor. Thousands of hours in the pre-digital darkroom led Huff to learn patience and discipline in her approach to her work. The result was a balanced skill that best prepared her to specialize in photographing one of the most iconic structures in the world. 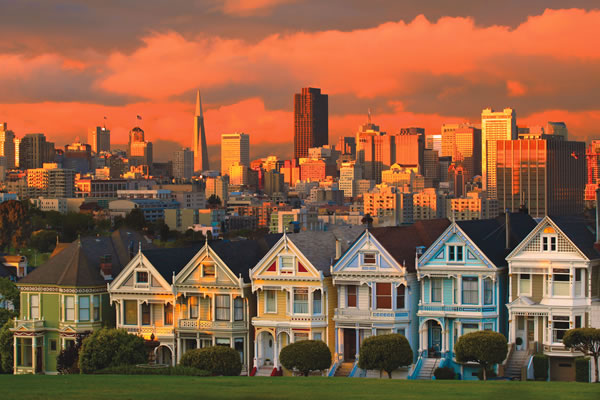 “Being a Bay Area native, it was absolutely a dream come true,” Huff says.

Her photographs of the iconic Bay Area landmark, as well as other San Francisco imagery, can be found in books, travel guides and public collections internationally, as well as on her website. (dellahuff.com) 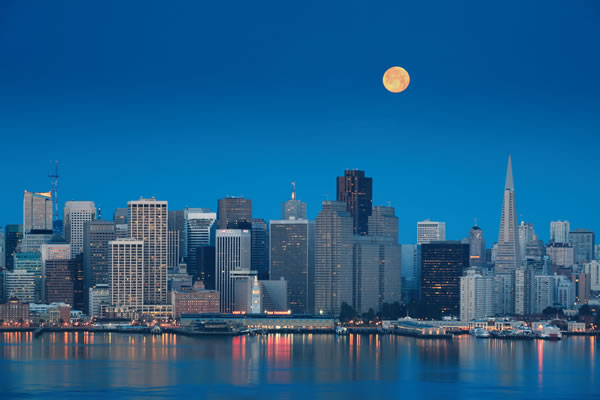