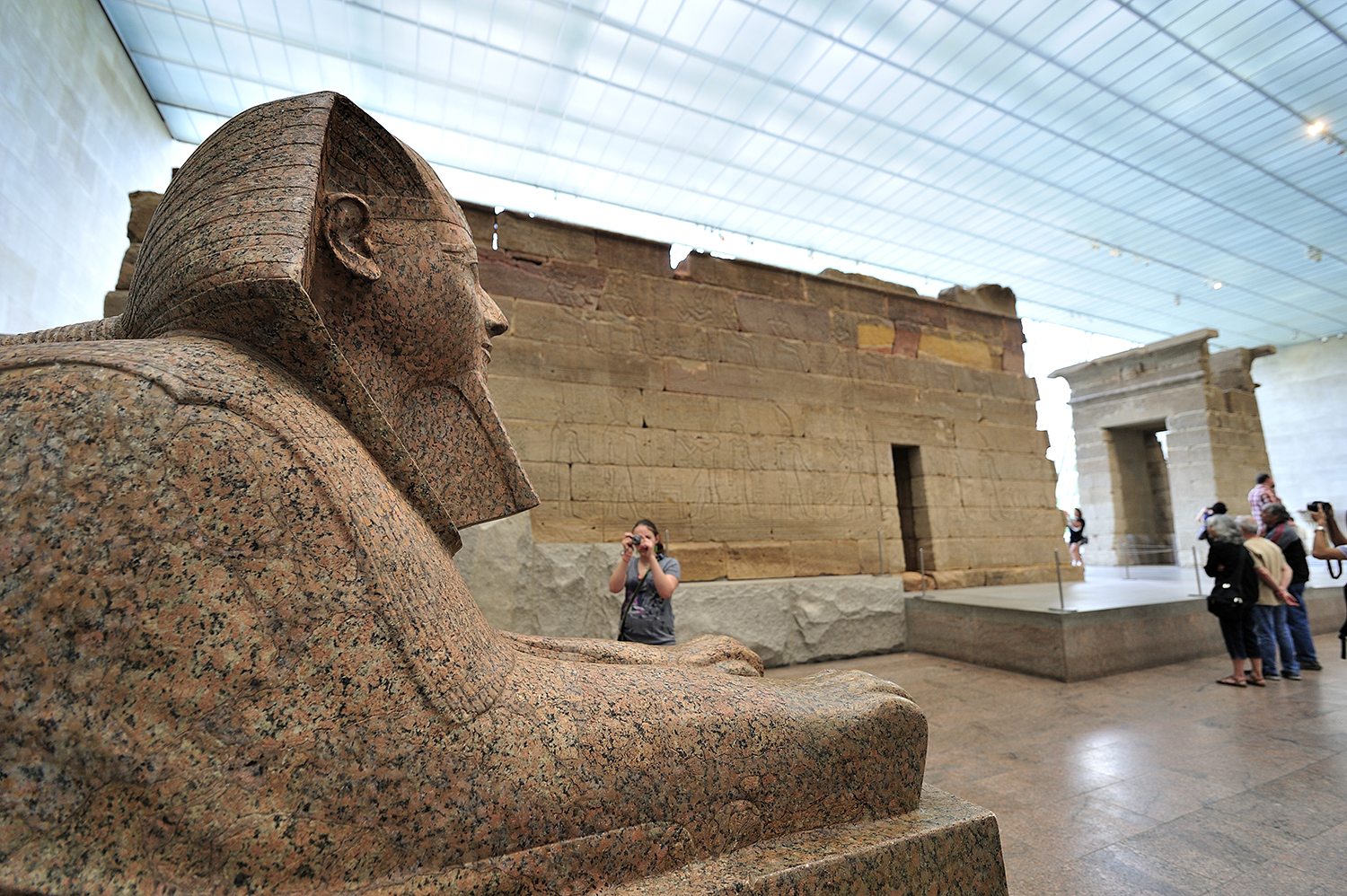 In many ways, visiting The Metropolitan Museum of Art is like embarking on a trip around the globe. Spanning more than 5,000 years, the museum’s 2 million works of art originate from nearly every part of the world, representing myriad cultures and traditions.

Specifically, the museum, which opened in 1870 and moved into its current location on Fifth Avenue in 1880, offers more than 400 galleries throughout the main building and The Cloisters, a museum and garden located in northern Manhattan. Some of its collection also goes on to be shared in other parts of the world through traveling exhibits, artworks and artifacts.

From behind-the-scenes tours to public lectures and individual trips to The Met, visitors are afforded multiple opportunities to uncover insight about international destinations—without even leaving New York.

From the Far East

As vast as Asia is, The Met captures the expanse almost in its entirety through a geographically and chronologically organized collection that ranges from 3000 B.C. to the 21st century. Housed in nearly 65,000 square feet of space known as the Florence and Herbert Irving Asian Wing, the collection features paintings, prints, calligraphy and sculptures from East Asia, South Asia, Southeast Asia and the Himalayan kingdoms.

“The Met’s Asian collections, covering half the world and all of time, offer the most comprehensive view of Asian art anywhere,” says Maxwell K. Hearn, curator and chairman of the museum’s Asian art department. More than 50 galleries contain roughly 35,000 objects that represent each of the civilizations of Asia, providing a holistic understanding of the culture.

In the Great Hall Balcony, for instance, an illustrated timeline of China’s history displays ceramics, all with decorative details and regional motifs. Enhancing the imersive experience is The Astor Chinese Garden Court, which was built by native craftsmen in the early 1980s and features Taihu rocks, ceramic tile flooring and latticework details that transport visitors to 17th century China.

“Ceramics purchased in the late 19th century by collectors such as J.P. Morgan and Benjamin Altman, displayed [in] the Great Hall Balcony, reveal the taste for fine porcelain among wealthy New Yorkers of the Gilded Age,” Hearn explains.

Since the first few years of the museum’s existence, Egyptian art has been part of the collection .The department came to fruition in 1906, when The Met was granted access by the Egyptian government to embark on an excavation program in that country.

Led by American Egyptologist Albert M. Lythgoe, who was also the first curator of the museum’s Egyptian art department, the tours unveiled a secret: an untouched chamber in the tomb of chancellor Meketre (circa 1990 B.C.), which showcased 24 pristine models of painted wood.

Another archaeological discovery in an ancient quarry uncovered hundreds of fragments from smashed statues (circa 1473 to 1458 B.C.) that once decorated Queen Hatshepsut’s funerary temple. Museum conservators reconstructed the statues, which are displayed both in The Met and the Egyptian Museum in Cairo, and considered some of the most prized possessions in each collection.

Though The Met’s final season of excavation in Egypt concluded in 1935, its holdings have continued to grow thanks to acquisitions of private collections. Today, The Met displays approximately 26,000 objects in 39 rooms in the Lila Acheson Wallace Galleries of Egyptian Art.

One of the most instantly recognizable works is the Temple of Dendur, an Egyptian monument constructed around 15 B.C. by Emperor Augustus, successor to Cleopatra VII. It was awarded to the museum in 1967 and installed a decade later.

From engraved gemstones to larger-than-life statues ranging in date from the Neolithic period to around A.D. 312, The Met’s Greek and Roman art galleries are an intricate exploration of the period of classical antiquity.

Dating back to 1870 with the acquisition of a Roman sarcophagus from Tarsus, the collection now boasts more than 17,000 objects created from all types of materials, including limestone, terracotta, bronze, marble, ivory and bone. The vases, bowls and other forms of pottery showcase mythical carvings popular in Greek culture, allowing viewers to better understand the beliefs and values in place at the time. Additionally, large stone statues, such as the kouros (a standing nude male youth), serve as a remembrance to the Greek gods.

According to museum experts, the glass and silver collection is among the best in the world, and the archaic Attic sculpture collection is second best only to that in Athens. A recent acquisition is a carved Roman urn from the first or early second century—one of the finest porphyry vessels to have survived from that time.

For nearly 60 years, textiles, jewelry and seals from Islamic countries were integrated into the decorative arts wing until the Near Eastern art department was formed in 1932. Following gifts, purchases and excavations in Iran in the late 1930s and 1940s, the museum separated its growing collection of Islamic artifacts into its own department.

Comprising art from Turkey, Iran and parts of Asia, there are nearly 12,000 objects in 15 galleries, which reopened in 2011 after an eight-year renovation project. The collection spans from the seventh to the 19th century, featuring items like coins, gold, tapestries and earthenware. Some of the noteworthy pieces include glass and metalwork from Egypt, Syria and Mesopotamia, as well as classical carpets from the 16th century. Another sacred item on display is the “Shahnama,” or the Persian “Book of Kings,” which also allows visitors to view the calligraphy and geometric patterning from the Islamic world.

The Cloisters museum and gardens, located at Fort Tryon Park in northern Manhattan, is a branch of the museum dedicated to medieval Europe. Opened in 1938, it was built on 4 acres overlooking the Hudson River using architectural elements from medieval cloisters like Saint-Guilhem-le-Désert, Saint-Michel-de-Cuxa, Trie-sur-Baïse and Froville.

The Unicorn Tapestries series, woven around 1500 in the Netherlands to represent a unicorn hunt, is a highlight of The Cloisters. Others gifts include Robert Campin’s 15th century oil painting “Merode Triptych,” which represents the Annunciation, and ornate stained-glass windows from an Austrian castle.

“Like other spaces and architecture collected and preserved by The Met, The Cloisters is compiled from original architecture and represents a fine example of sculpted space for contemplation across the ages,” Rose explains. “It is an opportunity for visitors in New York City to virtually travel to Europe’s Middle Ages.”