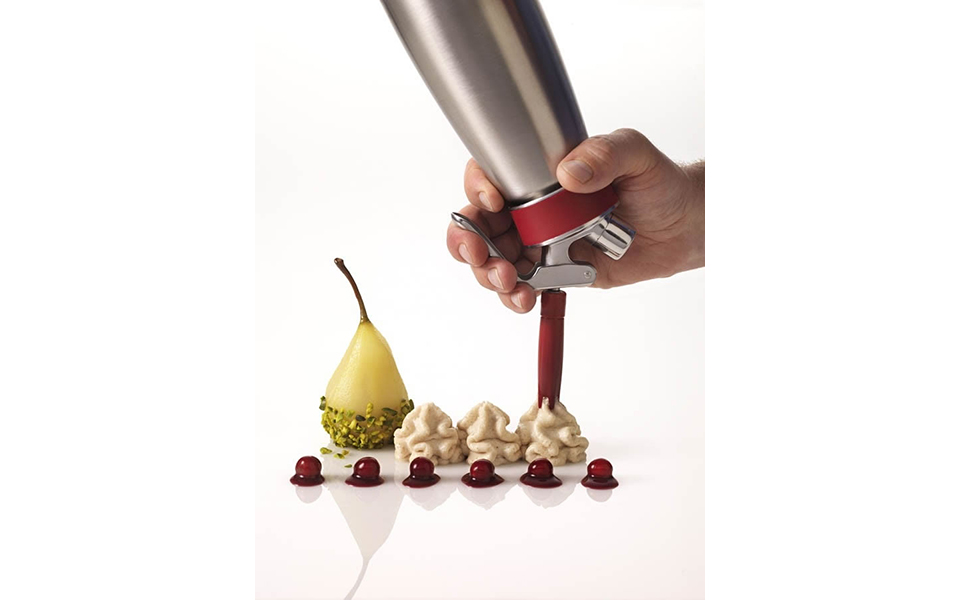 Caviar made of olive oil, a crystal clear canape, spaghetti created from arugula—all are examples of what some refer to as molecular gastronomy. French chemist Hervé This and physicist Nicholas Kurti in 1988 coined the term “molecular and physical gastronomy,” meaning the examination of reactions between chemicals and molecules during cooking. By looking at these interactions, it’s possible to see exactly why a souffle collapses or an egg cooks to perfection.

With this knowledge, as well as experimentation that resulted in dishes like a reverse baked Alaska that’s hot on the inside and cold on the outside, some considered it the birth of a new culinary style. At its roots, however, cooking is chemistry—and molecular gastronomy is the scientific study of that process.

Food preparation has evolved through time as new tools and ideas emerged, from cavemen introducing flame to modern equipment like refrigerators, blenders and stoves, which have become integral in kitchens worldwide. Increasingly, new technologies such as centrifuges have been added while older techniques, like fermenting and blending, have been reimagined.

Learning the science behind cooking allows top chefs to try new approaches with results that couldn’t have been imagined 10 or 20 years ago, whether it’s flavor-packed foam, liquid-filled gel spheres, crispy sheets of dehydrated vegetables, or ravioli made with clear, edible film.

Food can be straightforward and simple, about survival and sustenance, or it can encapsulate creativity, thoughtfulness and stimulation. While cooking techniques have been passed down for generations, with advances in technology and chemistry, chefs can now put their own spin on those methods, becoming artists, pushing boundaries and challenging what makes a dish special.

Few restaurants around the world have a menu entirely dedicated to what could be called molecular gastronomy, but many top eateries boast chefs who experiment and play with modern techniques and exploit how science and chemistry can transform food. When chefs get creative with their dishes and push boundaries in terms of technology and tastes, it makes their guests’ experiences more fun, flavorful and memorable.

Award-winning chef Danny Grant, previously of Miami’s 1826 Restaurant & Lounge and RIA in Chicago, says he revels in being able to break down and dissect ingredients. “An egg is one of the best examples,” he explains, describing how the creaminess and texture of the yolk becomes the focus, revolutionizing something ordinary into something new. “You can cook it quickly in a frying pan, and it has the perfect balance. [Or] you can cook it in its shell in a water bath for an hour at a very low temperature.”

While the fundamentals are important, molecular gastronomy and modern techniques combine for an impressive presentation that’s not easily replicated.

Another Southern chef pushing boundaries is Richard Blais at The Spence in Atlanta. Best known for winning Bravo TV’s “Top Chef All-Stars,” he previously worked at The French Laundry in Yountville, Calif., and was inspired to create his own version of Thomas Keller’s signature oysters and pearls dish. It features nitrogen-frozen horseradish pearls on an oyster—unexpected details that give new flavors and textures to traditional tastes.

Blais considers molecular gastronomy to be “magical.” “When cooking using these techniques, you can start with one thing, add a couple of ingredients, and voila, you have something completely different,” he explains. “It allows you to take existing flavors and use them in unconventional ways.”

At The Spence, the goal is to “share an experience that wows,” he shares. And since the restaurant features an open kitchen, diners have the opportunity to watch the magic as it happens.

Tools of the Trade

Whether used by an award-winning chef or home cook, a few tools are indispensable when experimenting with molecular gastronomy. Basic equipment includes the iSi whip, which helps culinary adventurers create foams and infusions, Grant says. Meanwhile, a vacuum sealer allows food to be cooked sous vide: Ingredients are assembled and vacuum-sealed, then cooked in a warm water bath. Even the ever-present microwave, Dufresne says, can be used to bake a sponge cake in 40 seconds when combined with the iSi canister, which inserts air into batter.

In addition to the right instruments, certain ingredients help achieve the desired results. Powdered sodium alginate and calcium chloride can turn liquids into faux-caviar spheres, which intensifies flavors and looks impressive. Meanwhile, Blais uses Ultra-Tex as a thickening agent; the modified food starch is derived from tapioca and swells in cold water, allowing liquids to be thickened without heat and then dried into thin sheets. Xanthan gum, another thickener, also stabilizes liquid foams.

No matter how it’s prepared, food holds a timeless magic. Nostalgia is a powerful force that Wylie Dufresne incorporates in his dishes. “Certain things like apple pie or vanilla ice cream hit a wide swathe of Americans,” he says. “And when you come and we have a version of apple pie, you see something that doesn’t look like apple pie, but it has that effect, that feeling as you close your eyes.” For example, his restaurant’s play on a traditional apple tart features a slice of Honeycrisp apple drenched in Calvados apple brandy, covered in crumbled pie crust and fried. This dessert is served with Calvados-spiked apple butter, along with cinnamon granola, cinnamon meringue that has been torched until golden brown, and buttermilk ice cream.

Across the country, at the Michelin two-star restaurant Coi in San Francisco, chef-owner Daniel Patterson creates imaginative dishes that speak of place, memory and emotion. “It’s not so much about scientific wizardry; but rather, it’s about innovative techniques that further enhance an ingredient’s inherent properties,” he says. Each night at Coi, which means “tranquil” in archaic French, there’s one eight-course menu available; dishes change with the use of fresh ingredients and an emphasis on putting natural flavors center stage with modern interpretations.

Innovative methods also are employed at Atelier Crenn in San Francisco, which earned two Michelin stars under the helm of chef-owner Dominique Crenn—the first woman in the United States to receive this honor. Crenn’s menu describes dishes with lines of poetry, and when the entrees arrive, it’s tempting to treasure them as colorful works of art instead of simply indulging.

It’s not just the plating of dishes that’s playful and artistic, but also the use of ingredients in unique form, like carrot jerky or dehydrated olives. After all, an atelier is where artists hone their crafts, and this restaurant—as well as others like it—allows diners to taste the masterpieces.