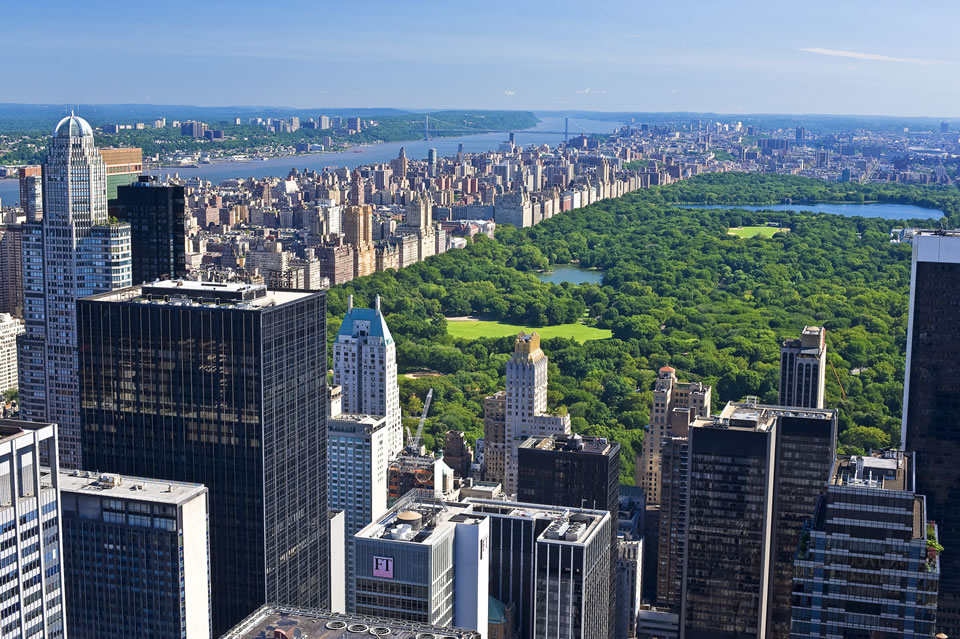 In a letter to his future wife, Zelda, F. Scott Fitzgerald described New York City as “the land of ambition and success.” Like so many other writers, the famed novelist drew upon the city’s grist and inspiration to create monumental works of literature. The list of bookish masterminds enthused by the metropolis includes Pete Hamill, author of the novel “Forever” that charts more than two centuries of Manhattan’s history; J.D. Salinger, whose story “The Catcher in the Rye” turns iconic landmarks into literary symbols; and Bret Easton Ellis, known for unleashing “American Psycho” on Wall Street. In these celebrated accounts, New York City proves that it is what it has always been—one for the books.

“The Catcher in the Rye”

Synopsis: Published in 1951—a time of both postwar prosperity and nuclear threat—Salinger’s coming-of-age classic introduces the human embodiment of the era’s mixed feelings in 17-year-old outcast Holden Caulfield. Perennially disillusioned, the romantic yet cynical boy narrates his struggles with identity, sexuality, family and class during two days in New York City. 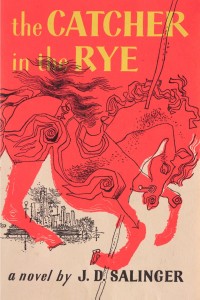 Credit the long popularity of “The Catcher in the Rye” to the universality of its disenchanted protagonist, Holden Caulfield—his thoughts and reactions that of a typical teenager, but with a quixotic hope that nullifies his pessimistic reactions to, in his view, an adult-world artifice. In Salinger’s hands, pretense takes symbolic shape in several ways. First is at the fictional Pencey Prep, which stands in for various forms of superficiality, if not an entire system of privilege Holden deems “phony.”

Eventually Holden, an Upper East Sider (as was Salinger), exiles himself to Manhattan—and in doing so, to allegory. Memorably, he sets off to the Museum of Natural History. Pondering his own childhood, he recalls the Indians and Eskimos behind dioramas that never change, though he has—a reaction emblematic of his resistance to grow up. Holden’s inner conflict manifests again at Radio City Music Hall. Here, sentiment depresses him, as well as a Christmas show lacking religious ties, the Rockettes’ orchestrated performance and a war film glorifying battle.

The place where Holden appears happiest, to the point of “damn near bawling,” comes at Central Park, a setting for one of the book’s most pivotal moments, according to Ann Thornton, Andrew W. Mellon director of the New York Public Libraries. Here, watching the carousel spinning around but going nowhere, he sees the kids trying to reach for a suspended gold ring at every rotation. In a sign of his own maturation, Holden realizes that reaching for something beyond the familiar is natural—if not inevitable and especially relevant to city life today.

Whether it’s Grand Central Terminal for architecture, an escape to Central Park’s pond to see the ducks whose winter whereabouts Holden ponders, or the Central Park Zoo carousel (although perhaps not the one Salinger knew in his youth, as its predecessor burned in 1950), vestiges of Holden’s Manhattan are many. Nowadays, there’s still taxidermy at the Museum of Natural History, mummies at The Metropolitan Museum of Art and the Rockettes’ kicky chorus line at Radio City Music Hall. Just don’t expect to find many Swiss cheese sandwiches and malted milks in Midtown anymore—a turn of events that would make Holden “sore as hell.”

Synopsis: Having been granted immortality on the grounds he never depart the island of Manhattan, Irish immigrant Cormac O’Connor emerges as a keeper of history, seeing New York City take shape from settlement to 9/11—along the way backing revolt, avenging a family murder and chronicling injustice. 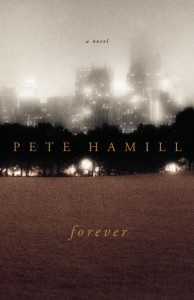 Among the many juxtapositions New York City provides novelists is “an abundance of distinctive, iconic buildings and settings as well as countless hidden locales,” according to Thornton. As the story of “Forever” unfolds after Irishman Cormac O’Connor arrives in New York City in 1740, for example, he finds what amounts to be an early backwater before settling on Cortlandt Street (the site of the future World Trade Center).

As he reconnects with the immortality-granting African shaman he initially encountered in a slave hold during a brutal ocean crossing to America, readers see not the Manhattan of today, but a city with a complicated past. Cormac is swept up in a slave revival in which he protects the shaman who then gives him everlasting life as a token of appreciation. Others’ fates were not guaranteed like Cormac’s; throughout the 1700s, 6.6 acres became a gravesite of both freed and enslaved Africans. Today, the African Burial Ground monument in Lower Manhattan, sacred ground rediscovered in 1991, provides a porthole to this often overlooked chapter of New York City history.

“Forever” also places Cormac at the front of seminal events like the Revolutionary War, for which he takes up arms. A modern day nod to this period of the region’s Colonial past is Fraunces Tavern, a Pearl Street landmark that houses a restaurant and museum in the historic space where George Washington bid his troops a final farewell. The museum also features a fine representation of Revolutionary War relics.

Thornton also singles out the storied Woolworth Building, which Cormac helps construct in the book, as being particularly poignant. Marking the very American idea of progress, the skyscraper and ingenuity it represents looms large in fiction’s imagination as Cormac continues his journey over time. Visitors can experience a taste of the majestically marbled Woolworth Building, a National Historic and New York City Landmark, through lobby tours that are offered daily.

“I think it could be the diverse topography of Manhattan that supplies such plentiful settings: an island surrounded by churning waters, the vast expanse of Central Park, the elevations of Washington Heights and Inwood, bridges and soaring skyscrapers, subways and tunnels,” Thornton says of the novel’s fertile literary ground. “In Manhattan, the various surroundings combine with a concentration of wealth, a deep social, cultural and political history, and a strong tolerance for individuality.” This combination offers a rich backdrop to bring a story of historical events like Hamill’s to life.

Synopsis: A lightning rod of controversy upon its publication in 1991, “American Psycho” tracks yuppie Wall Streeter Patrick Bateman—investment banker by day; serial killer by night—in a parable of 1980s excess. As the literal embodiment of the evils of greed, Bateman operates in a Manhattan gone mad. Through his obsession with the superficial, Ellis examines a broad cultural desensitization of consumerism and violence. 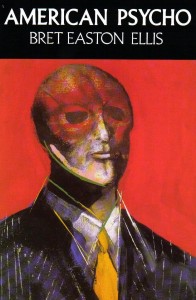 Similar to Tom Wolfe’s “The Bonfire of the Vanities,” which, notes Thornton, “so successfully captures the ambitions, cultural tensions, and politics of New York City in the 1980s,” “American Psycho” is a classic novel set in contemporary times. For its first-person narrator and serial murderer Patrick Bateman, greed is sport, with everyone and everything a commodity. Left to rove in an unregulated realm, there’s nothing to control his barbaric urges and brutality.

Today’s Wall Street has taken on a different tone, with events like 9/11 and the recent financial crisis marking shifts in the overall way it’s perceived. Patrick’s cohort is no longer the “Masters of the Universe” like it was in the fruitful 1980s; instead, Wall Street is viewed with more skepticism than in previous eras.

Despite these turns of fortune on the Street, Manhattan still bears the distinction of being a core of capitalism. While Patrick’s place of employment, the New York Stock Exchange, is now closed to visitors, the Federal Reserve Bank of New York is a worthy alternative. And though the Harvard Club of New York, a private social association in Midtown Manhattan, had Patrick as a member, entree today is limited to Harvard University alumni.

Money and murder weren’t Patrick’s only stock and trade; like so many hotshot executives of the day, he too was a voracious consumer, scooping up the latest in designer loot along Fifth Avenue, where department behemoths like Bergdorf Goodman coexist with a number of fashionable boutiques. Bateman was partial to Armani, but would no doubt find favor with the likes of current marquee labels like Ralph Lauren. As for dinner and drinks, two of the places at which Patrick famously flexed his Amex card muscle—Indochine and Harry’s Cafe and Steak—are still taking reservations.

Ironically, in New York City—“the center of the publishing industry, a city of writers and a city of readers, with neighborhood libraries everywhere,” reminds Thornton—the truth is even better than fiction.