Travel Around the World With Professional Surfer Laird Hamilton

Jul 20, 2015Bespoke Concierge MagazineComments Off on Travel Around the World With Professional Surfer Laird HamiltonLike

There’s something about the rich, salty smell in the air and the sound of breaking waves—even the smallest ripple makes the most comforting and distinct sound—that a true beach lover knows all too well. It’s so absorbing that many will dedicate their lives to staying near, in and on the water. San Francisco born, yet Hawaii raised, Laird Hamilton is among the millions who have done so. Even as a youth, he knew his career would involve the ocean. “I had the fortitude to know that surfing was my calling and just had a premonition about the end goal,” he explains.

Growing up on the North Shore of Hawaii, he was surrounded by great watermen who inspired him to chase the thrill of giant surf. “Surfing the big waves were the pinnacle, you know? The apex,” he says, explaining that once he started, he began finding and creating ways to take the sport to the next level. Development and perfection of his own foil surfboard design—hydrofoil is attached to the bottom of the board to lift it above the water, creating a sensational ride down the open face of a massive wave—has given Hamilton years of exciting experimentation and enjoyment.

Hamilton is also regarded for the resurrection of stand-up paddleboarding, or SUP, after he spontaneously borrowed a friend’s outrigger canoe paddle to find a way to safely surf tandem with his daughter. “It was an ancient sport that we knew existed, I just rekindled the spirit of it organically,” he says.

Whether in the calm waters of a bay or out in the open ocean, SUP can be enjoyed by people of any age and ability level. “The diversity of paddleboarding allows for more participants, building an army to protect the ocean,” Hamilton explains, adding that there’s also a great sense of solace that the sport brings to many who are going through life trials.

The legendary waterman-turned-entrepreneur has experienced it all after riding waves for 35 years—a full life both on and off of the water. His surfing expeditions have taken him to destinations around the world; a plethora of beach communities each with its own intrigue and delight. Here, Hamilton reveals where he visits for a respite and aquatic adventuring. 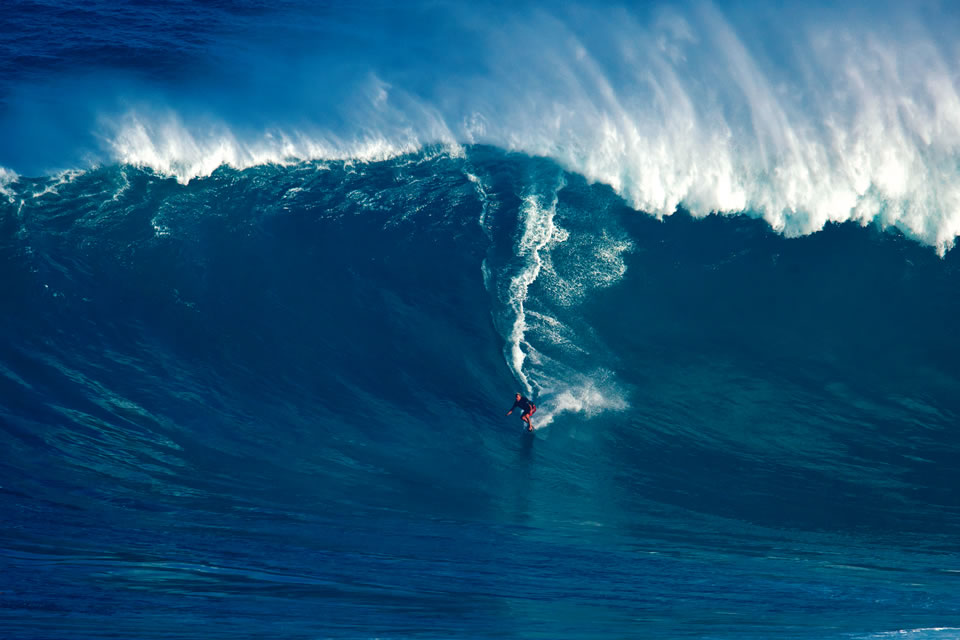 “Hawaii has more world-class waves than anywhere in the world and has something for everyone at every level,” Hamilton says. Waikiki, on the island of Oahu, caters to novices with fun waves and instructors ready to teach visitors. Meanwhile, the North Shore is sublime, and one of the most surf-driven places. The famous breaks of Pipeline, Sunset Beach and Waimea Bay breed the most intense watermen and professional surfers. Spectators come from all over the globe to catch a glimpse of these breakers and those who dare to ride them, while also enjoying tempting dishes served by nearby shrimp trucks. 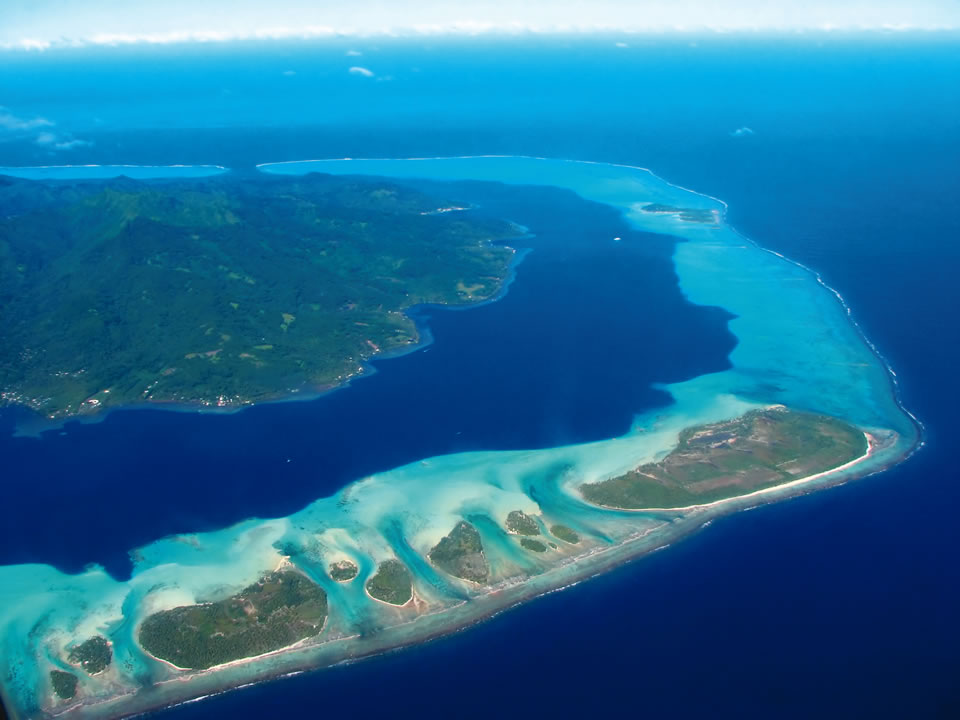 The Waves in French Polynesia cater to advanced riders, according to Hamilton. (Photo by Przemyslaw Skibinski/Shutterstock)

Amid the incredible array of French Polynesia is Tahiti. “It’s a place more for the advanced surfer and it has incredible water,” Hamilton explains. Riding in Teahupoo, known for its powerful waves and clear water, adds to the experience as surfers are able to enjoy the surrounding splendor both on top of and below the water’s surface. Tahiti is also the place to enjoy hikes to waterfalls like Fautaua Falls. Sights of rainbows found in the water’s tropical mist as the sun strikes the waterfall are a calming reminder of nature’s beauty and add to the relaxing element of exploration. 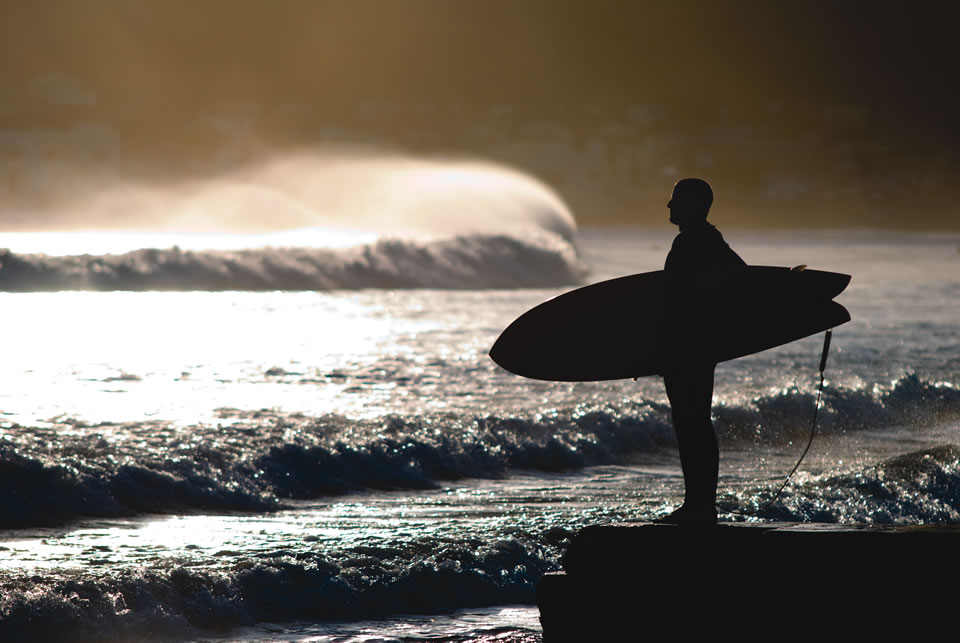 I have a second home [in Malibu] and it is a great option as a surf and travel destination with some of the most perfect waves,” Hamilton says. In August 2014, he and many other top watermen surfed Hurricane Marie, also known as “The Perfect Storm”; it was a day that also reminded many of Malibu’s potential for surfers. With its close proximity to Hollywood, iconic movies like “Gidget,” “Big Wednesday” and “Point Break” have also placed Malibu on the map as a surf town. Still, locals assure the tight-knit beach community vibe is still intact. 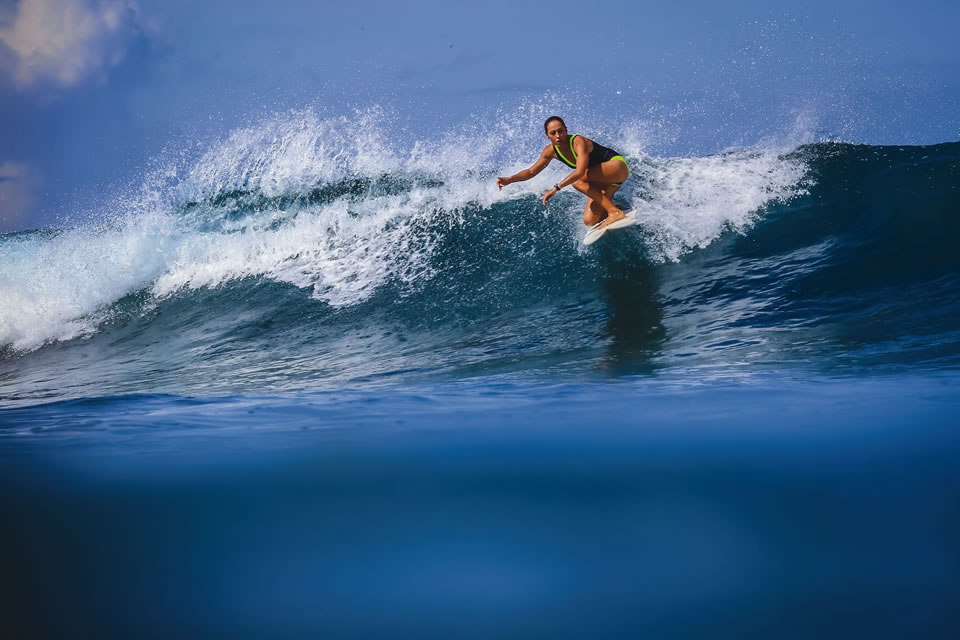 Search for waves in Bali via a luxurious boat trip. (Photo by trubavin/Shutterstock)

Surfing, ironically, becomes an afterthought when Hamilton visits Bali. “The boat trips … are really where it’s at,” he says. “The island is nice, but there are amazing high-end boats now that are amazing.” Stunning—almost untouched—waves and secluded beaches surround the voyage on the boat, which often offers all the luxuries of a five-star resort. As passengers search for the perfect surf from sunup to sundown, they can enjoy freshly caught seafood and fruit not typically found in the United States, like mangosteen and salak. Whether on the island or on a boat, the Balinese culture introduces visitors to a wholesome yet simple way of life.

Snapper Rocks on the Gold Coast of Australia is a go-to surf destination. (Photo by zstock/Shutterstock)

Australia’s many towns boast some of the most tantalizing surf breaks. In the southern region of Victoria, Bells Beach—home of the Rip Curl Pro competition—has added charm as an art community with street fairs selling items dedicated to wave-riding legends and maritime tradition. “There’s also the famous break Snapper Rocks,” Hamilton says. “… It’s just a great surf destination.” Located on the Gold Coast of this vast country, Snapper Rocks is known for a crowd of the sport’s best who vie for positions in the surfing lineup. 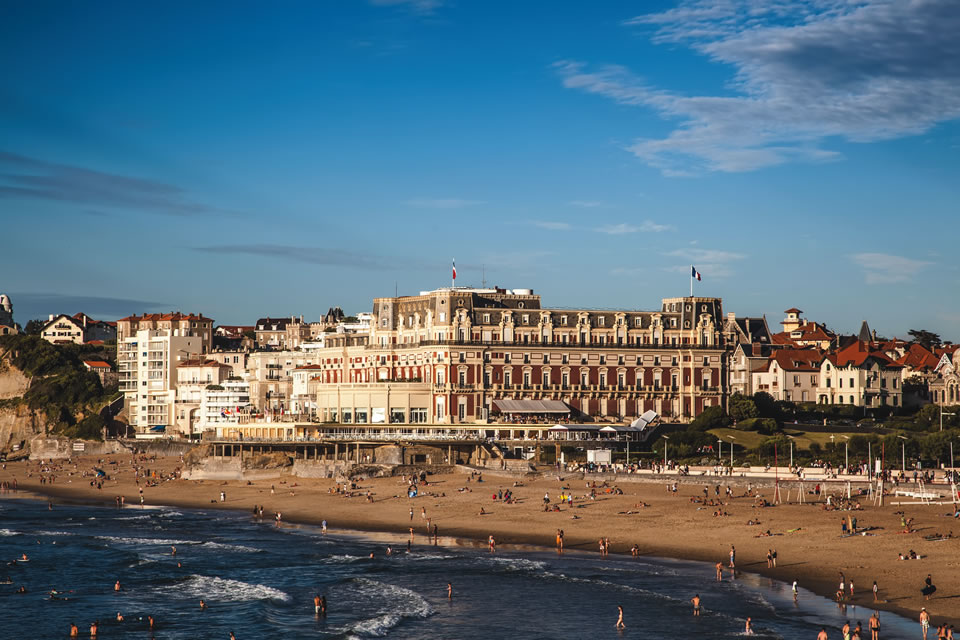 “Traveling to the south of France is about experiencing the French lifestyle and enjoying all the different breaks,” Hamilton says. One of the beaches farthest south in Biarritz is called La Grande Plage and is known for its hollow waves. Bursting with rich cultural experiences, it is a beach life unlike any other, with amazing historical architecture, wine tasting and delectable cuisine along the sandy shores. The nearby accommodations are just as striking. Hotel du Palais, for instance, is perched on a cliff overlooking the bay for visitors to take in the beauty found along the coast of the Atlantic.