Call it your grandfather’s drink if you must, but there’s no denying that whiskey is in the midst of a long renaissance. The beloved brown liquor—bottled in countries ranging from Scotland to Australia and Japan—is one of the most globally popular spirits on the market, and its enduring appeal only continues to increase as the craft cocktail movement does, too. 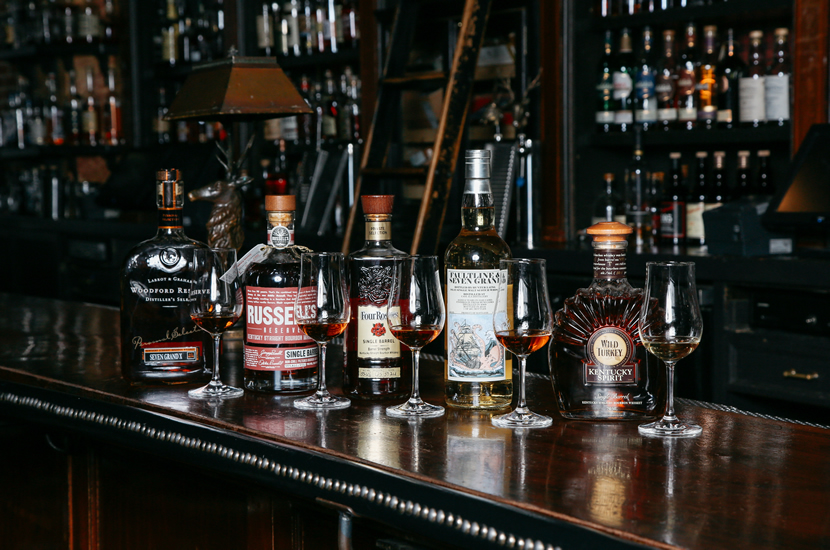 For Jeremy Lake, one of the owners of the Hollywood-based bar Lost Property, much of the spirit’s allure is attributed to its status as a fundamental building block of modern mixology. “A lot of old classic cocktails that people have been drinking for years are whiskey based, so if you’re going to go back and taste the classics, you’re going to have to learn to like whiskey because it’s called for so often,” Lake explains. “It’s also a good quality craft product, and people enjoy knowing they’re drinking something that took a lot of time … to make.”

Along with the advent of the spirit’s rebirth has come a host of whiskey-themed social components, including private membership clubs, tastings moderated by trained experts and high-end, oftentimes exclusive whiskey rooms that serve as forums for fans of the centuries-old liquor. Los Angeles, in particular, has become a hub of whiskey culture, with plenty of new bars springing up across the metropolitan area since 2007, when Seven Grand first opened its doors downtown. 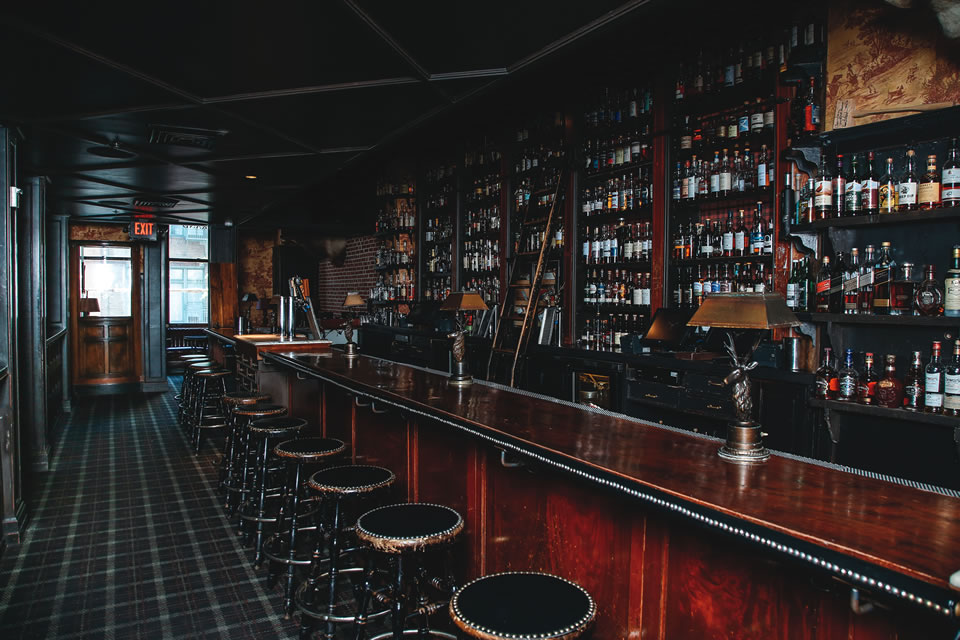 Seven Grand, which opened in May 2007, was at the forefront of the whiskey revival in downtown Los Angeles. (Photo by Jody Tiongco)

When it comes to LA-based whiskey bars, Seven Grand is inarguably the granddaddy of them all. Opened in May 2007, the low-lit, wood-paneled bar immediately preceded two cultural shifts in Southern California—the whiskey revival and the reinvigoration of downtown LA—and currently houses one of the largest collections of premium whiskey on the West Coast.

“Seven Grand is the mecca for whiskey,” says Andrew Abrahamson, director of operations for single spirit bars and strategic partnerships at 213 Hospitality, which owns Seven Grand. Since its opening, Abrahamson says, patrons’ relationships with spirits have matured in the same way they have with food: The focus has shifted to bolder flavors with stories behind them. “Whiskey plays perfectly into that because the person putting a whiskey together really has a big imprint on it,” he says.

At Seven Grand, bartenders encourage visitors to explore whiskeys (and whiskey-producing regions) they might ordinarily discount, like Mackmyra’s single malt from Sweden. To introduce drinkers to new bottles, the bar hosts its own Whiskey Society, a program that connects whiskey fans with master distillers, brand ambassadors and other industry heavyweights in a setting that’s intimate, yet never intimidating. “People can ask nerdier questions, and the ambassadors will really break down the DNA of their whiskeys, but we’ve also always pushed really hard to make sure it doesn’t get pretentious,” Abrahamson says. “There can be a weird need to feel like you know a lot about whiskey, but it’s just like anything else: The more you learn, the more you realize you don’t know anything.”

Many of the Whiskey Society’s meetings take place at Bar Jackalope, in the space’s 12-seat “hidden” room dedicated to Japanese whiskeys, where jazz music plays from a vintage record player and liquor lockers hold bottles inscribed with the names of the society members who own them. Together, the selections at both bars comprise 900 different whiskeys, roughly 100 of which are exclusive to Bar Jackalope. It’s an excellent setting to enjoy a highball—Japanese whiskey paired with soda water and rock-solid ice from the bar’s medical-grade freezer—or a flight of four or five whiskeys in smaller portions.

“We encourage people to try stuff blindly and trust their palate,” Abrahamson adds. “If you’re coming in to do a flight, just give us your price range and we’ll pour you four or five different whiskeys—you’ll be blown away by what you liked and thought you might not like as much.” (515 W. 7th St.; 213-614-0736) 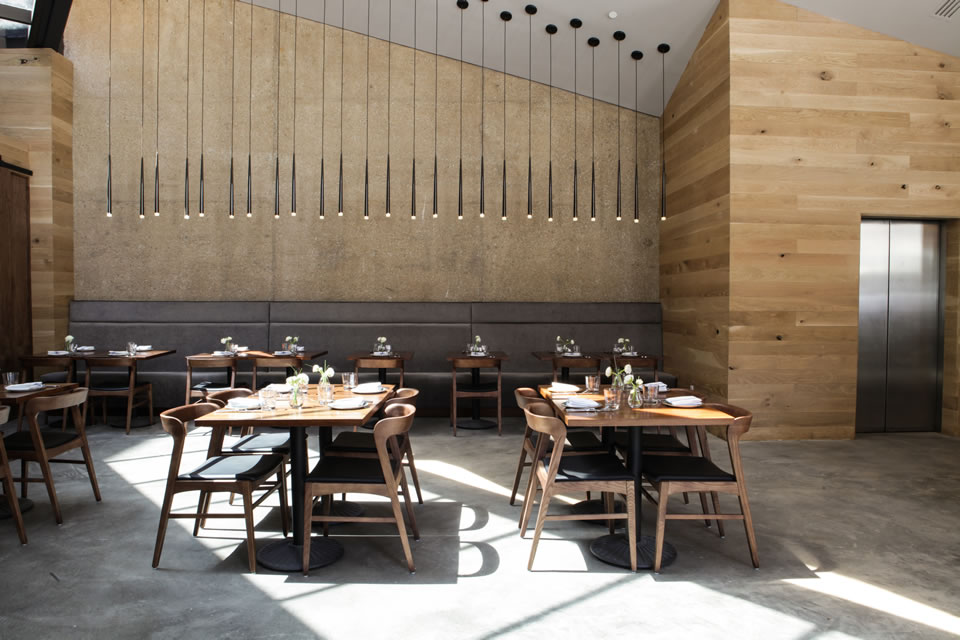 Miro, which recently made its debut in LA’s Financial District, has its own underground lounge dedicated to whiskey. (Photo by Roman Udalov)

One of the more recent additions to downtown LA’s Financial District, Miro isn’t only a whiskey bar, but also a restaurant complete with its own underground, 25-seat Whiskey Lounge boasting 500 bottles of the spirit. Reflecting what the restaurant refers to as hyper-seasonality, Miro’s menu spotlights a variety of Mediterranean flavors, incorporating the cuisines of Greece, Italy, Spain and North Africa in dishes like wood-grilled peach, lamb tagine and yellowtail crudo.

So where does whiskey fit into all this? “I don’t think there’s necessarily a direct connection as far as flavors go, but as far as philosophy goes, our chef is going to the farmers market almost every single day, and all our dishes try to celebrate food that comes from a place or a farmer with a name and a story. It’s not from a warehouse or a factory,” says Ben Scott, one of Miro’s whiskey masters. “The spirits selection we have here reflects that same set of ideals. We’re using spirits that come from tradition and show some terroir.”

That philosophy translates into a collection rife with exotic, internationally sourced whiskey releases from brands such as Port Ellen, a cult favorite Scotch distillery that closed in 1983, rendering its bottles extremely rare, and Lark, a Tasmania-based producer. “Most people don’t think of Australia as being a boomtown for whiskey, but the English left, among other things, a good tradition of Scotch-drinking pretty much anywhere they colonized,” Scott says. “As a result, we have a lot of good stuff from both Australia and India.”

Heightening the experience is the lounge’s decor, which includes brick walls, crystal barware, jewel-shaped ice and a hardbound book that features the stories of every bottle available at the bar. The goal, Scott explains, is experimentation. To that end, the bar serves all its whiskeys in smaller 1- or 2-ounce pours, as well as by the bottle.

“You should be coming here to eat something you don’t cook at home and drink something you don’t drink at home,” Scott says. “When you put yourself in the hands of a knowledgeable bartender, you have the opportunity to have your eyes opened to things you might fall in love with.” (888 Wilshire Blvd.; 213-988-8880) 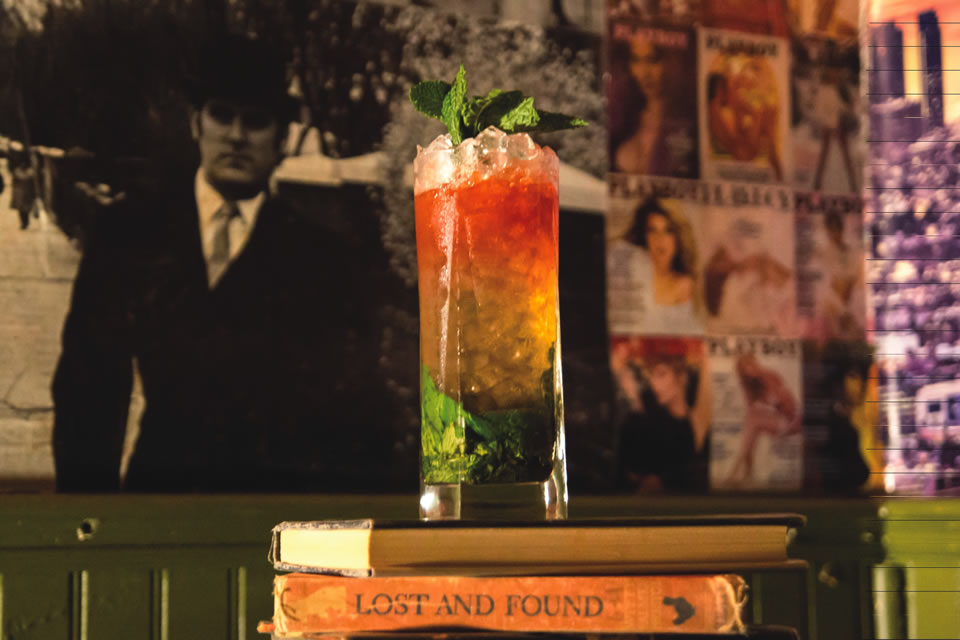 Meanwhile, at the famous intersection of Hollywood Boulevard and Vine Street in Hollywood, guests will find Lost Property, the brainchild of veteran LA bartender Jeremy Lake. Outfitted in midcentury-style furnishings, and featuring unique design details like light fixtures made from empty whiskey decanters, the space is something of a throwback to the dark, moody nightspots of yesteryear, but its selection of whiskeys, other spirits and craft beers is a testament to the progression of contemporary distillation. In fact, some of Lake’s personal favorite brands include Breaker Bourbon, a newer whiskey distilled in Santa Barbara County, and the Sacramento, Calif.-based Corti Brothers’ Good Honest Whiskey, a deep-toned American whiskey that’s aged in old wine barrels.

When it comes to rare whiskeys, though, Lake is fiercely proud of one find in particular: “I have an Old [John E.] Fitzgerald [Very Special Reserve 20 Year] … which is actually whiskey from the old Stitzel-Weller Distillery,” he says. “Technically speaking, it’s original Pappy Van Winkle juice. The Pappy Van Winkle we have now comes from Buffalo Trace Distillery, but the bottle of Fitzgerald I have at the bar is from when Stitzel-Weller was still around, so when that bottle is gone, there’s no more of that.”

Lake now credits his expansive whiskey knowledge to his professional background,which includes a laundry list of stints behind the bar at shuttered restaurants like Rivera and Playa, where he trained with the legendary LA bartender Julian Cox, and game-changers such as Soho House and Tal Ronnen’s Crossroads Kitchen—as well as his love of trial-and-error research. Years of seeking out and drinking different whiskeys have resulted in a curated selection of around 100 bottles behind the bar at Lost Property. And yet, like most people with nostalgic memories of the first time they drank whiskey, Lake still remembers his first bottle—or, in this case, his first jar.