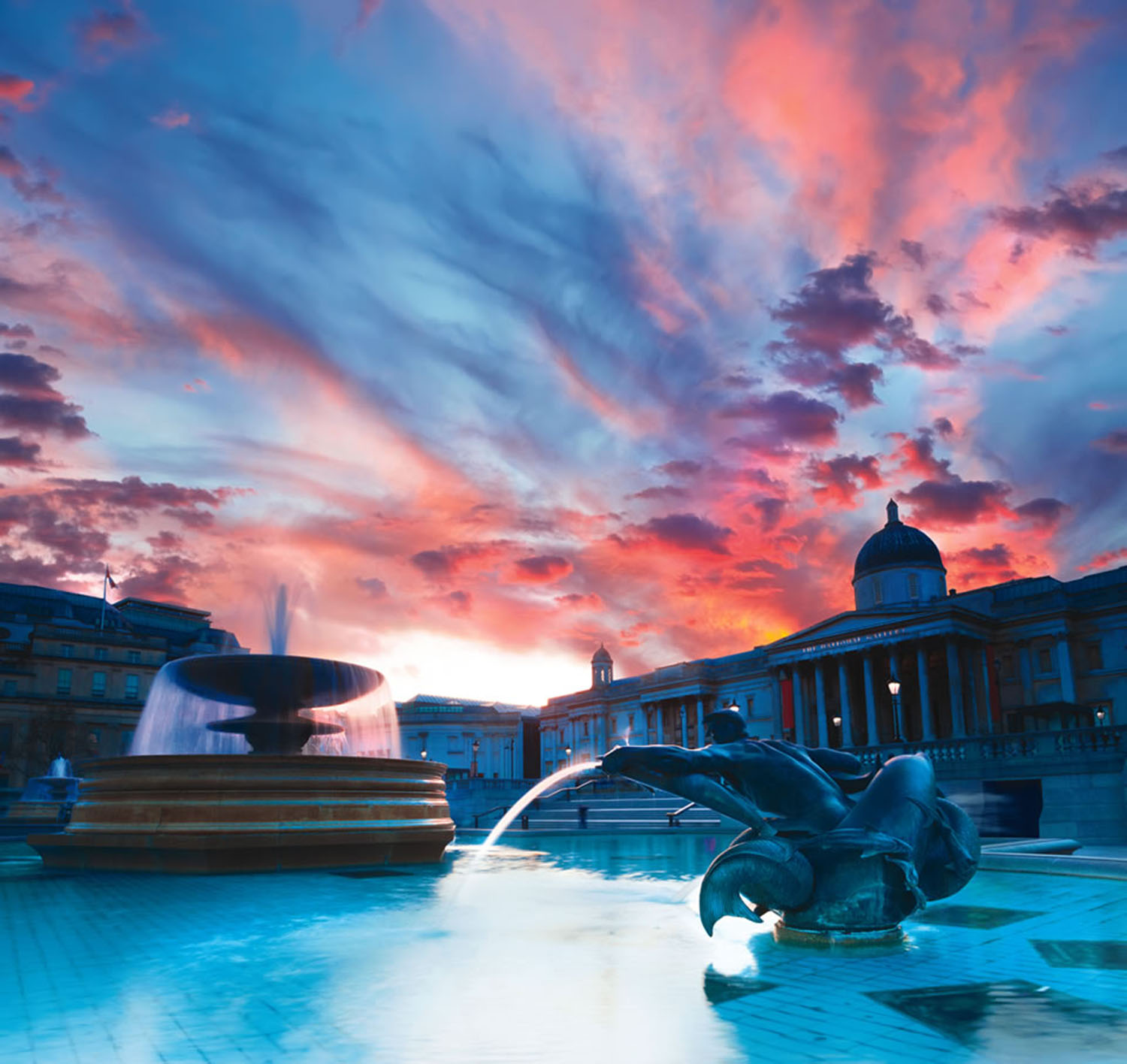 Hollywood’s ability to transport the audience into an imaginative world shown on-screen is quite a magical experience, whether these stories unfold at the local movie theater or on a home television. When films are shot at specific locations around the world—versus being added in via green screen and video effects—this storytelling experience is intensified as it expands the viewer’s horizons regarding possible travel destinations. From mysterious surroundings used for fantasy movies to settings that ground the story with realism, tourism has steadily increased as more film and television fans voyage to these scenic locales, capturing and savoring the ambience they have to offer.

Oftentimes referred to as “the backlot of Hawaii,” Kualoa Ranch on the island of Oahu is a prominent film and TV production location. Frank Among, Kualoa’s director of sales and marketing, believes the main reason for the ranch’s popularity is its diverse and plentiful settings. Additionally, movie makers appreciate the ranch’s experience with film crews. “Kualoa Ranch has a well-earned reputation with the film industry of making their job of shooting on location simpler and easier,” Among adds.

The CBS hit TV series “Hawaii Five-0” is currently taking advantage of what the ranch has to offer. Crews are filming from different vantage points in the area so when audiences watch the show, they will catch glimpses of sites like the Mokolii islet, more commonly known as Chinaman’s Hat. In the show, the islet is seen in the background of character Mary Ann’s rental. The Kaaawa Valley, on the ranch property, also made several appearances throughout the show, as did a World War II military bunker that was highlighted in the premiere’s opening scene.

“Kualoa offers a very popular escorted Hollywood Movie Sites tour for $35 per person, which allows guests to visit many of the iconic locations and movie props located around the ranch,” Among says. Along this tour, tourists can visit numerous places shot for “Hawaii Five-0” as well as other movies. For instance, visitors can traverse along the same route that the Gallimimus herd ran as the Tyrannosaurus rex chased after them in “Jurassic Park” (1993), as well as the movie’s famed fallen tree. The scenic green landscape can also be spotted in this summer’s hit “Jurassic World.”

Other TV shows and films that are pointed out during the tour include “Lost,” “50 First Dates,” “Mighty Joe Young,” “Godzilla” and “You, Me and Dupree,” which all capture the tropical beauty of Kualoa Ranch in Oahu.

In the past five years, nearly 20 movies have been filmed in Northern Ireland. The region is paved by various mythical country settings that especially suit the popular HBO fantasy series “Game of Thrones,” which is based on novels written by George R.R. Martin. Filming mostly occurs at the Paint Hall at Titanic Studios in Belfast; however, directors also travel to other counties for specific scenes.

In Antrim, known for its majestic coastlines and cliffs, Shane’s Castle has a starring role in the production. The 14th-century estate—now in ruins and surrounded by 2,600 acres of greenland—served as the King’s Landing dungeons and hosted the tournament in honor of character Eddard “Ned” Stark.

While the show portrays the locations in grisly scenes, the real-life settings are quite peaceful. The Pollnagollum cave in Fermanagh, used as Beric Dondarrion’s hideout in season three, can be reached by a serene pathway through the Belmore Forest that leads to a stunning waterfall, which descends into the cave. And while the name is misleading, the Dark Hedges—a stretch of road paved by beech trees that Arya Stark used to flee King’s Landing—in Antrim is actually one of the most photographed avenues in Northern Ireland.

While in Antrim, visitors can also explore the Ballintoy Harbour village. The coastal nook is known as Pyke and the Iron Islands on-screen, but a small, quaint cafe recently opened up there, catering to visitors who want to explore the beach area.

The square’s central location has been a boon for the series, especially since it connects to all other notable London landmarks, such as the famous Charing Cross Road, Buckingham Palace and the South Bank across the river from The Sherlock Holmes pub. The area is a focal point of a few of the episodes, most notably featuring the fountains and Nelson’s Column in front of the massive National Gallery.

Other popular films also use London’s landmarks. In the 2012 James Bond film “Skyfall,” 007 (Daniel Craig) meets his weapons expert for the first time at The National Gallery. In “Harry Potter and the Half-Blood Prince” (2009), Voldemort’s Death Eaters fly over Trafalgar Square and north on Charing Cross Road.

All of these scenic locations prove that not only is Trafalgar Square a key shooting location for a wide variety of film genres, it also provides tourists and film lovers a visual treasure when it comes to exploring popular destinations in multifaceted London.

According to Leslie R. Green, communications director at Washington, D.C.’s Office of Motion Picture and Television Development, if there are any storylines that involve government, politics, espionage and the military, there is no other place to film than the District of Columbia.

“If a director’s story is set in the nation’s capital, they want to get the real thing to ensure their project is as authentic and believable as possible,” Green explains. “Being the seat of the United States federal government, Washington, D.C., features instantly recognizable, iconic historical buildings, landmarks and monuments, which attract both filmmakers and tourists.”

Some of these signature landmarks appeared in 2014’s “Captain America: The Winter Soldier.” Chris Evans’ character (Steve Rogers) jogged with Anthony Mackie’s character (Sam Wilson), circling the Lincoln Memorial Reflecting Pool during the opening scene. Later in the movie, the Theodore Roosevelt Bridge over the Potomac River served as the site for SHIELD’s headquarters.

Director and actor Clint Eastwood also used Washington, D.C., as a significant location in two of his movies. In fact, two destinations in “Absolute Power” (1997)—Watergate Hotel and Corcoran Gallery of Art—are currently under renovation until late 2015 to cater to more visitors. One place that is open for business is Old Ebbitt Grill—a favorite eatery for presidents as far back as 1856. In the movie “In the Line of Fire” (1993), it was the go-to watering hole for Eastwood’s character, Secret Service agent Frank Horrigan.

The list of movie landmarks in the D.C. area isn’t complete without mentioning the 1976 classic “All the President’s Men.” Traveling cinephiles can soak in esteemed national treasures such as the Thomas Jefferson Memorial, Lafayette Square and the Library of Congress.

Although New Zealand made its presence known with Jane Campion’s Oscar-winning drama “The Piano” (1993), it was director-screenwriter Peter Jackson who turned the country into a cinematic household name. “The Lord of the Rings” trilogy combined the beautifully sculpted terrain with Tolkien’s literary Middle-earth.

Fans can visit key locations that still maintain that mythical ambience, such as the gardens at Fernside Lodge near Featherston, Wairarapa, which became the woods of Lothlórien. They can also stroll through Harcourt Park in Wellington, known in the movie as the Gardens of Isengard. And sitting comfortably in North Island is the location gem Matamata, which served as the Shire region of Middle-earth in both “The Lord of the Rings” and “The Hobbit” trilogies. Crops, flowers and all other forms of landscaping were grown a year before shooting, and the area is now a permanent tourist attraction named Hobbiton. Travelers can peer inside Hobbit holes, eat at the Green Dragon Inn or The Shire’s Rest cafe and sign up for a set tour.

New Zealand continues to be a wellspring for filmmakers and their projects. MTV recently wrapped up filming in Auckland for the fantasy series “The Shannara Chronicles,” based on Terry Brooks’ best-sellers, another indication that this bountiful country has proven itself as a prominent film capital of the world.