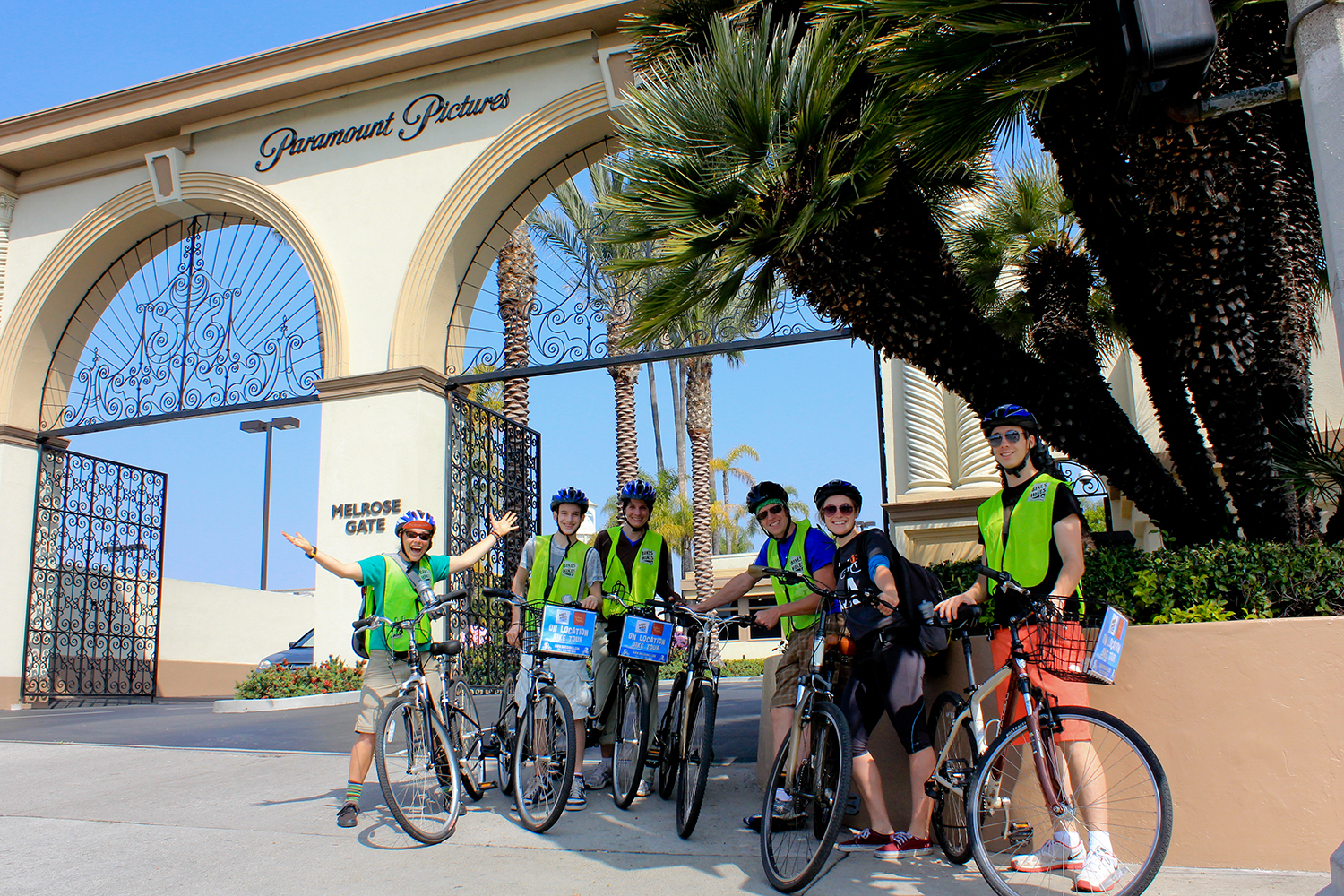 This ride is not for the casual cyclist, given the inclines that take riders into the hills and the large number of bike lanes in West Hollywood that are surrounded by heavy traffic. The best time to go is early Sunday morning when the streets are somewhat empty. But if you can brave it, this is a star-studded route from the glamorous Rodeo Drive to Griffith Park.

Once you pick up a set of wheels from Bikes and Hikes LA on Santa Monica Boulevard, start off on Rodeo, where you can re-enact your favorite “Pretty Woman” scene. If you shop long enough, you are bound to have A-list celebrity sightings. Then head up to the famous Sunset Boulevard; after pedaling for 3 miles, you’ll pass the Viper Room, which used to be co-owned by Johnny Depp. About a mile down the road from here is the iconic House of Blues. As you ride past it, take one last look: After standing on Sunset Strip for more than 20 years, the concert hall will be torn down to make way for a hotel and condos (construction is slated to begin later this year).

For a break, make a stop at the celebrity hideaway and landmark hotel Chateau Marmont. Grab a cup of tea and see if you can recognize the faces behind the huge sunglasses—just don’t ask to take a picture. This is a serene spot to relax near the garden and see the bungalows where a laundry list of celebrities have stayed, including names like Robert De Niro, Leonardo DiCaprio and Bob Dylan.

If you still haven’t spotted anyone famous, once you’re back on Sunset take a quick detour down North Sweetzer Avenue to see the massive estates owned by stars. From here, circle back to Sunset where you’ll wind your way to Griffith Park. To get to the park, turn left onto North Western Avenue then right onto Los Feliz Boulevard; the entrance will be to your left after 3 miles.

This is where the city buildings end and nature begins. The trail includes a steep incline, but the payoff will be worth it: Riders will enjoy a great view of the city from the top of the hill directly across from Griffith Observatory. Sometimes there are access roads that are blocked off, so it’s best to check the route before heading up.

On the way back, enjoy the downhill ride all the way to Western Avenue. Take Western to Melrose Avenue, stopping at Hollywood Forever Cemetery to pay respects to Hollywood’s greatest stars. Paramount Pictures was built on the cemetery grounds and offers tours to visitors interested in seeing where movies are made.

Before the ride is over, reward yourself for surviving the hills by eating like the stars at the famed Pink’s Hot Dogs, at North La Brea and Melrose avenues. Many celebrities, from Marlon Brando to Rosie O’Donnell, have hot dogs named after them based on their order.

Distance: 25 miles
Difficulty: Advanced
Starting Point: Bikes and Hikes LA
Travel Tip: For added safety as you traverse the busy streets, be sure to wear reflective gear, whether it’s a bright shirt or vest.