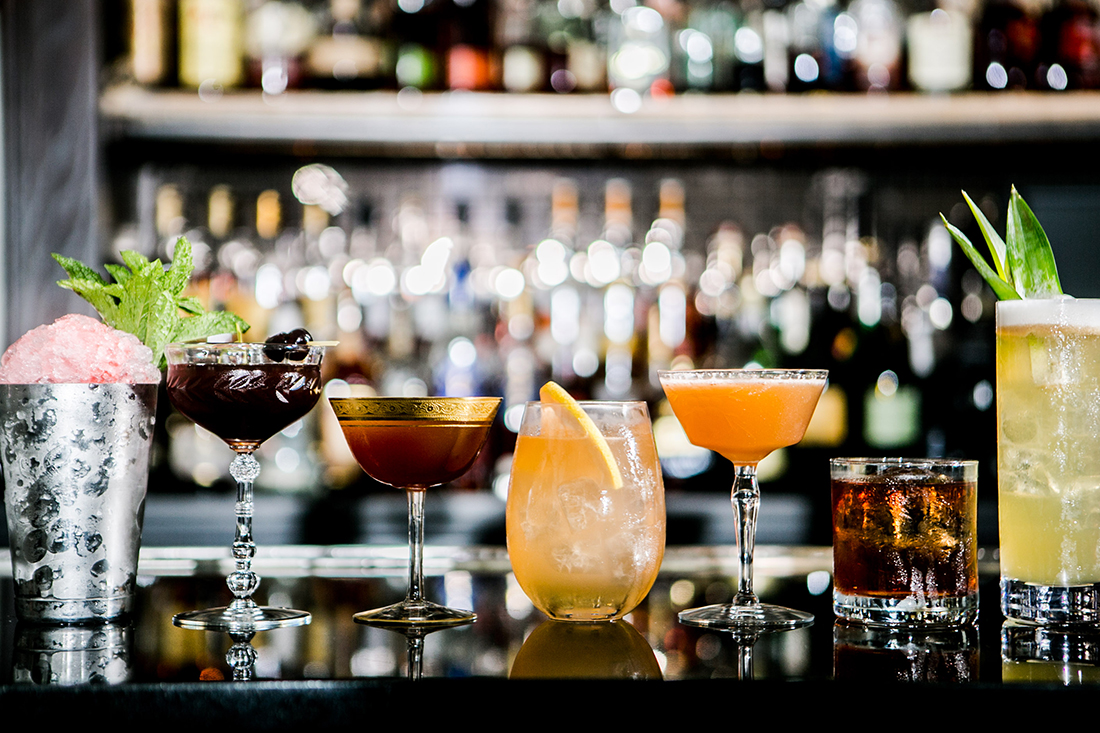 Time-honored sips like a refreshing daiquiri or perfectly balanced Negroni have long dominated the libations landscape, anchoring drink menus with myriad other mainstays. Many Chicago bars continue to pay homage to these types of traditions, but some mixologists are taking classic cocktails and turning them on their heads.

Take the Old-Fashioned at The Aviary in the West Loop, for example: The drink is offered in the rocks instead of on them, served in iced spheres that patrons must break open to enjoy. Meanwhile, bartenders at The Berkshire Room in River North take creative control with “Dealer’s Choice” libations, in which guests choose a spirit (like blended scotch), a profile (such as strong and stirred) and glassware for off-menu creations. And of course, there are the barmen behind Wicker Park’s The Violet Hour, winner of the James Beard Foundation’s 2015 award for Outstanding Bar Program. The lounge’s signature Juliet and Romeo blends Beefeater gin with muddled cucumber, mint and rose water.

This fall, there’s even more reason to celebrate Chicago’s cocktail creativity: Happy hour had been banned in Illinois since 1989 until Gov. Bruce Rauner signed a bill in July allowing drink specials throughout the state. Join in the revelry and shake up your dining experience with a handcrafted libation; there’s a reason, after all, that renowned mixologist Jim Meehan has declared this era to be the “Platinum Age of the Cocktail.”

“REMINGTON’S is new to the Chicago scene, but comes on strong with a fabulous location across from Millennium Park and its crowd-pleasing menu. A must-try is the Venetian Spritz.” (20 N. Michigan Ave.; 312-782-6000; remingtonschicago.com)

“The Old-Fashioned at THE GAGE … has been a Chicago favorite since it opened in 2007.” The recipe for this popular cocktail blends sherry syrup with Buffalo Trace bourbon and Angostura bitters. (24 S. Michigan Ave.; 312-372-4243;  thegagechicago.com)

“Craft cocktails—where do I begin? How about right here adjacent to Hotel Palomar at SABLE KITCHEN & BAR, the mecca for craft cocktails in Chicago? I’m a tiny bit biased, but I strongly believe they’ve earned their keep in the city. For instance, take the War of the Roses cocktail, a perfect balance of Pimm’s, St-Germain, Tanqueray, mint and … grapefruit bitters—so good it’s been featured in the likes of GQ magazine [and] Esquire.” (505 N. State St.; 312-755-9704; sablechicago.com)

“ANALOGUE is an unassuming, Cajun-tinged restaurant. … It exudes the best parts of Logan Square—perfectly adventurous menus eclipsed by some of the most thoughtful cocktails in the city. … Their Sport of Kings cocktail really tells it like it is.” (2523 N. Milwaukee Ave.; 773-904-8567; analoguechicago.com)

“BILLY SUNDAY lives uninhibited on the food and beverage front. The Czar’s Mango Lassi [is] served in a Russian nesting doll and reads like a grocery list.” (3143 W. Logan Blvd.; 773-661-2485; billy-sunday.com)