For the 2013 fall season, three critically acclaimed theaters reinforce Orange County as a major cultural force in the nation.

“Priscilla Queen of the Desert,” coming to Segerstrom Center for the Arts.

There is something magical about attending a live theater production. The multicolored lights, diverse set designs, brilliant acting, curtain calls, applause and, of course, the opening night Champagne reception creates a captivating experience. It’s a popular, elegant affair, especially in Orange County, whose pedigree as a national theater presence has increased with each passing season.

Three cultural centers have proved instrumental in the county’s artistic development: South Coast Repertory, Irvine Barclay Theatre and Segerstrom Center for the Arts, each unveiling a new season this fall.

South Coast Repertory: A Golden Anniversary
A sense of entrepreneurial risk fueled the artistic dreams of David Emmes and business partner Martin Benson, the co-founding artistic directors who established South Coast Repertory (SCR) in 1964. For the next 49 years, this regional company has patiently evolved and expanded in Orange County until finding its permanent home in Costa Mesa next to Segerstrom Center for the Arts.

“There’s that old thing about pinching yourself to make sure that this dream you had [actually came true],” Emmes says, recalling himself and Benson as “a bunch of idealistic college kids setting out to start a theater” and gaining support along the way.

“It’s a great testament to Orange County; SCR was kind of built on an entrepreneurial vision itself, and somehow there would be people … aligned with our artistic interests and they understood that the idea of entrepreneurship was taking a risk of going out and trying to do something.”

Thanks to rising popularity of the theater, as well as various donations and grants from the National Endowment for the Arts, The Shubert Foundation, The James Irvine Foundation and, most significantly, the Segerstrom family and George and Julianne Argyros, South Coast Repertory became the two-stage theater center both Emmes and Benson envisioned: The 507-seat Segerstrom main stage and the 336-seat Julianne Argyros stage.

As the awards accumulated with each passing year—most notably a Tony Award for distinguished achievement by a regional theater in 1988—South Coast Repertory aims for a dynamic 50th anniversary season, opening this fall with Arthur Miller’s “Death of a Salesman,” starring television and stage veteran Charlie Robinson.

“In terms of choosing a season opener for the 50th season, [“Salesman”] makes a very big and exciting statement,” says SCR Managing Director Paula Tomei. “It’s one of the most important seminal works in the American theater by Arthur Miller, who we’ve done many times.”

While “Salesman” closed Sept. 29, SCR continues its long-term mission of new play development by presenting “4000 Miles,” which was named No. 1 play of 2012 by Time magazine, and “Fast Company.” 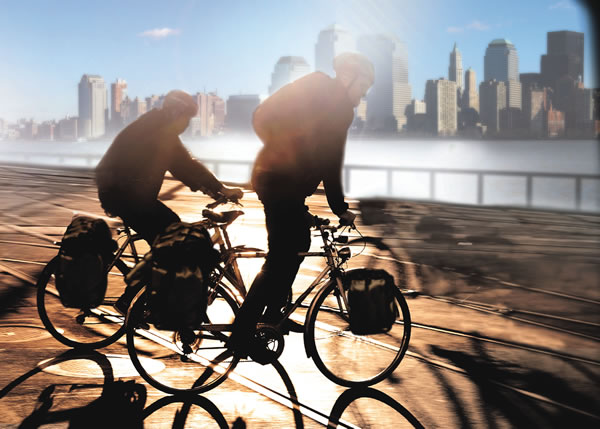 “4000 Miles” will be presented at South Coast Repertory this fall. 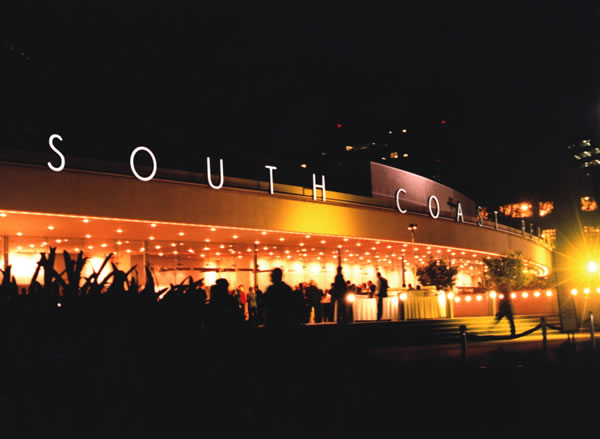 “Fast Company” is another one of the productions debuting at South Coast Repertory.

“Amy Herzog’s play [“Miles”] will be one of the most frequently produced plays in the country this year and was a Pulitzer finalist. Carla Ching [“Fast Company”] is emerging as one of the most exciting young writers working today,” says SCR Artistic Director Marc Masterson. “With these two plays, we are looking towards the future in our 50th anniversary season.”

Irvine Barclay Theatre: A Perfect Picture
Douglas C. Rankin, president of the Irvine Barclay Theatre (IBT), is proud of the 756-seat venue for a number of reasons: Its scenic location at the University of California, Irvine, the diverse productions it presents and the generously loyal Irvine community. But Rankin is also proud of the theater’s intricate design, size and “vibe” of the space itself.

“I think it’s due to size and comfortability of the place,” Rankin says. “I think it ranks very high in terms of consumer amenities. And it has that ‘je ne sais quoi’ that when you get there, it looks like, smells like and it feels like a theater. I do like its traditional ambience and I think people respond to that emotionally.”

Choreographer Jacques Heim, who is founder and artistic director of the Diavolo Dance Theater, wholeheartedly agrees with Rankin. His group performed at the Barclay last spring and will take the stage once again in spring 2014.

“When we choreograph, when a director works on a piece, you’re kind of a bit of a filmmaker, meaning your eyes become the camera and you want the perfect picture,” Heim says. “And … some theaters destroy that picture because it is not appropriate for them. But at IBT, whatever I have created … it becomes the perfect picture frame. And perfect sound. That is the house you want to be in.”

And it’s that “perfect picture” quality that has served the Barclay well in terms of its varied productions, including dance, plays and concerts. The theater’s fall season begins Oct. 16 with the U.S. debut of the Sydney Dance Co., one of many dance productions planned for the 2013-14 season. 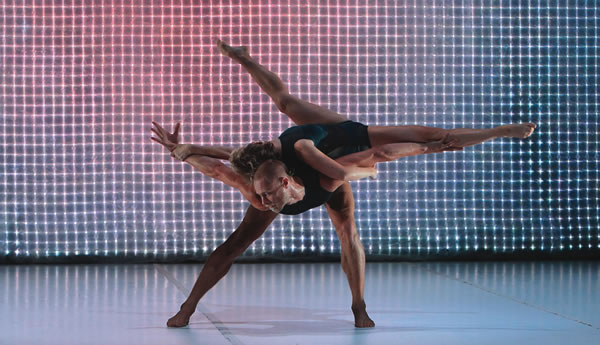 “2 One Another,” by the Sydney Dance Co., is coming to Irvine Barclay Theatre.

Rankin says one of the best aspects about the Barclay’s dance series is that it never competes with another prominent dance program in Orange County.

“The Segerstrom Center has an extremely prestigious ballet series; we have a parallel prestigious contemporary dance series,” Rankin says. “Our program complements that. Our [seasonal] program is designed to fit the hall and to provide the culture consumer in Orange County with options that they would not otherwise have available.”

In addition to the dance series, the theater presents televised theatrical productions broadcast on a giant high-definition screen from the National Theatre in London: Shakespeare’s “Othello” and “Macbeth,” the latter starring Oscar-nominated Kenneth Branagh. 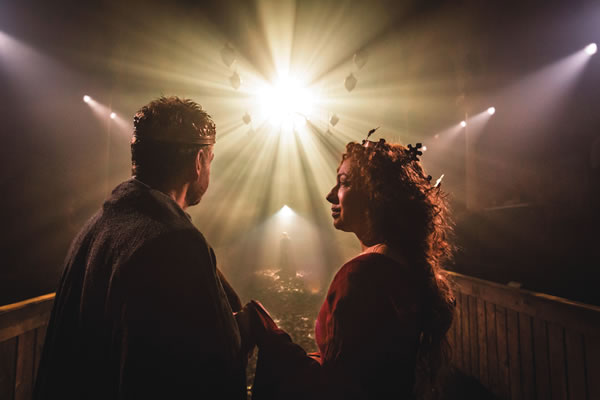 In the realm of live music, the Barclay will present jazz musician Jon Batiste as well as the international sounds of AnDa Union. Continuing the fall season, the audience will be witness to opera music performed by puppets: The Salzburg Marionette Theatre from Austria, celebrating its 100th anniversary, will present Mozart’s “The Magic Flute” and “Wagner’s Ring Cycle.” 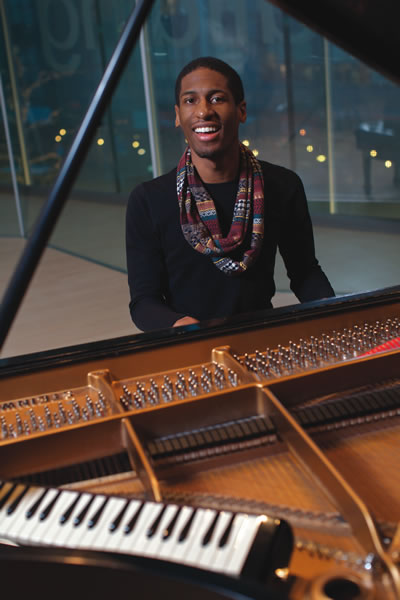 But the Barclay’s reputation as a pre-eminent performance center also helps the creative and professional stature of their artists. 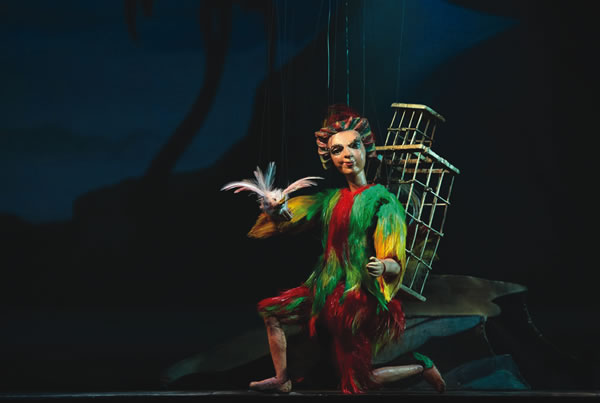 The Salzburg Marionette Theatre is coming to the Irvine Barclay Theatre Oct 27.

“Essentially, [performing at] IBT raises your stock value,” says Heim, who compares the Barclay to venues in Europe where the artists are treated with distinctive reverence and worldly respect. “It is world-class. With Doug [Rankin], who has traveled around the world, you feel you’re in a different kind of house; a house where Doug and his staff really take care of the artists. It is one of the best theaters I know all over California.”

However, Segerstrom Center President Terry Dwyer stresses that it would be a mistake to omit the 46,000-square-foot Arts Plaza, which is open to the public. He believes that each space can fit any kind of production.

“We feel we can handle almost any kind of artist that’s touring and who wants a place to perform, because you have to match the great artists with great spaces,” Dwyer says. “And we’re able to do that. And that’s one of the things that allows the Segerstrom Center to attract and present such a wide, substantial range of kinds of artists because we have the spaces to support their needs and also spaces that are attractive to our audiences.”

Since its opening in 1986, Segerstrom Center for the Arts—which has been financed strictly through private funding and donations—has presented high-quality live performing arts through its diverse “series” system. This fall’s program includes Bernadette Peters in the cabaret series; the ACS: Allen, Carrington, Spalding trio for the jazz series; and LA Opera’s concert production of “Falstaff” for the opera series, as well as other productions in the center’s concert, Broadway and family series.

Roberto Frontali as Falstaff in the opera of the same name, coming to Segerstrom Center for the Arts. Marc Vanappelghem , Courtesy of Opera de Lausanne.

In its dance series, internationally acclaimed and award-winning prima ballerina Diana Vishneva will grace Segerstrom Hall. “Not only is she one of the top dancers in the world, she is the most dedicated and creative and just charming person to work with,” says Judy Morr, Segerstrom Center’s executive vice president. “There is not an ounce of diva in her; she is absolutely a choreographer’s dream of an artist to work with because she’s open to new ideas.”

Prima ballerina Diana Vishneva will perform at Segerstrom Center for the Arts.

The Broadway hit, “Priscilla Queen of the Desert,” will appear as part of Segerstrom’s Curtain Call Series. Tom Bartlett, the show’s production stage manager, says the Tony Award-winning musical is guaranteed to entertain with its 500 costumes, 20 musical numbers and a lavender bus on stage.

“I think they’re going to love it because it’s just a fun show,” Bartlett says. “I think it will fit the theater beautifully because of the space and how the proscenium looks.”

While Segerstrom Center attracts some big names to the stage, Morr believes that when it comes to bringing Orange County into the cultural limelight, the recognition belongs to the center’s neighbor.

“I would have to credit SCR for having laid the groundwork for the center coming into being,” she says. “I’m enormously grateful to our neighbor and, I consider in many respects, a working partner in the arts community.

“And the Barclay, also, opened about at the same time as we did. We have never been in competition with one another.”

With this genuine sense of camaraderie among these three theatrical centers, Orange County’s status as a cultural capital will no doubt thrive far beyond this fall season. B