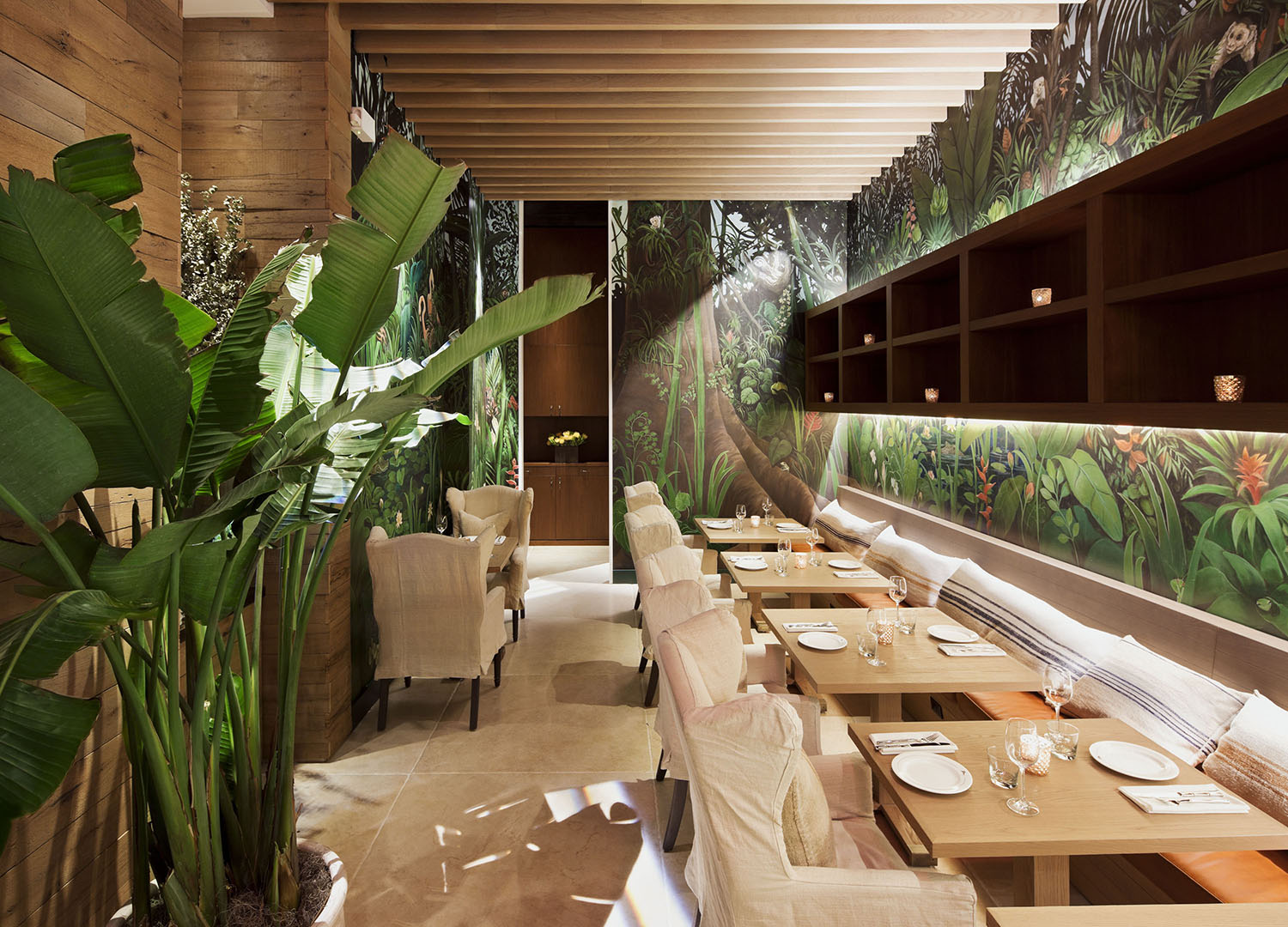 In New York City, popular designers are never too far from reach. In addition to the luxury boutiques lining Fifth Avenue, household names like Giorgio Armani and Ralph Lauren have branched out into other industries beyond apparel and accessories, particularly the culinary world. While runway shows are notoriously exclusive, these designer restaurants are more accessible for devoted customers.

As more and more designers are looking to New York to expand their reach from fashion to food, don’t be surprised if you find the name on the label of your outfit matching that of your dinner destination. 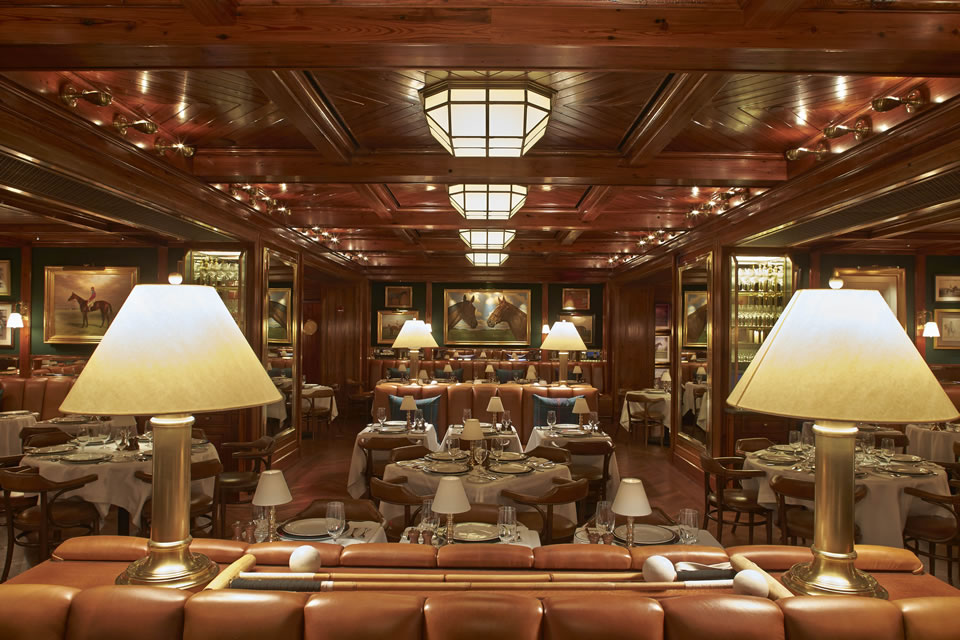 New to the scene, The Polo Bar opened in January on 55th Street, next to Ralph Lauren’s flagship store, which already houses Ralph’s Coffee. Inspired by traditional New York restaurants and the designer’s affinity for dining with family and friends, The Polo Bar ambience is best described as comfortable luxury, with a brass-topped bar and grand wooden staircase serving as focal points.

Everything from the wood paneling, saddle leather banquettes and equestrian-themed artwork—including a Henry Koehler polo match-inspired mural on the building’s exterior—to the extensive menu of classic American fare is curated by Lauren and his team. Even the waitstaff wears custom Ralph Lauren gray flannel trousers, leather wingtips and silk repp ties. (A dress code for guests requires smart elegant attire.)

Giorgio Armani was among the first brands to take the leap in the clothing-meets-culinary movement. A hospitality heavy-hitter for more than 20 years, Armani’s portfolio of bars and restaurants are dispersed throughout the world, including one in Manhattan.

The somewhat hidden Armani/Ristorante sits atop the flagship store on Fifth Avenue. While Armani is known for flashy designs, the restaurant is more inconspicuous; unless you know it’s there, it’s possible to miss it completely. Fortunately, the restaurant stays open late, even after the store closes.

Once inside, floor-to-ceiling windows showcase picture-perfect views of Midtown Manhattan, while the primarily black-and-white color scheme is set against dim lighting. Curvy two-toned booths are slightly reminiscent of the 1970s but maintain a modern aesthetic, and the egg-shaped sofas help establish a cool yet chic environment. Just like Giorgio Armani himself, the space is effortlessly glamorous and sleek.

The chef perfects simple yet flavorful dishes, ranging from pork tenderloin with Swiss chard, pistachio and smoked beer jus to homemade ravioli and quail egg yolk with zucchini and black truffle. For a refreshing end to the meal, diners can opt for a light treat like coconut water sorbet. 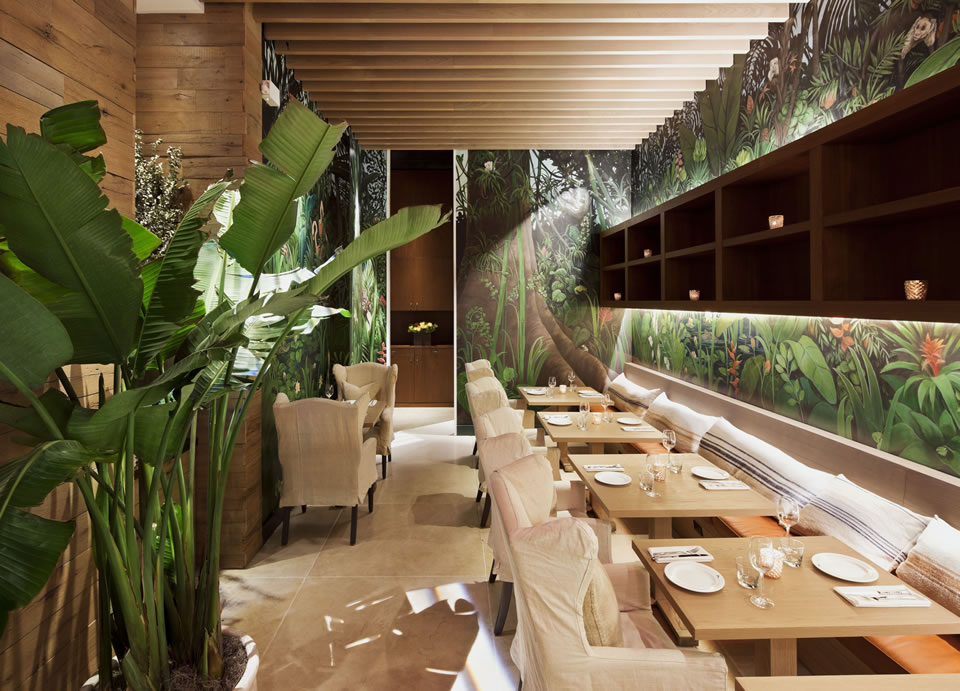 While the majority of Tommy Bahama restaurants are located in seaside destinations, the Manhattan location is housed in a historic building on Fifth Avenue. The space features shutters made from salvaged wood from the Coney Island Boardwalk as well as a vibrant mural from New York-based artist Julia Goldman.

The two-story flagship store keeps things casual on the ground floor, with a tropical-themed Marlin Bar serving barrel-aged rum and cocktails. Upstairs, the restaurant seats 150 and a private dining room accommodates groups of up to 40 people.

Tommy Bahama’s signature coconut shrimp and the ahi tuna tacos with Asian slaw and wasabi creme are among the most popular plates. Another standout on the menu are the blackened fish tacos with tomato relish, chipotle aioli, Asian slaw and lime sour cream. When it comes to libations, try sipping the Manhattan’s Best Mai Tai or the grapefruit basil martini. Both offer an escape to a tropical island before stepping back onto the streets of New York.