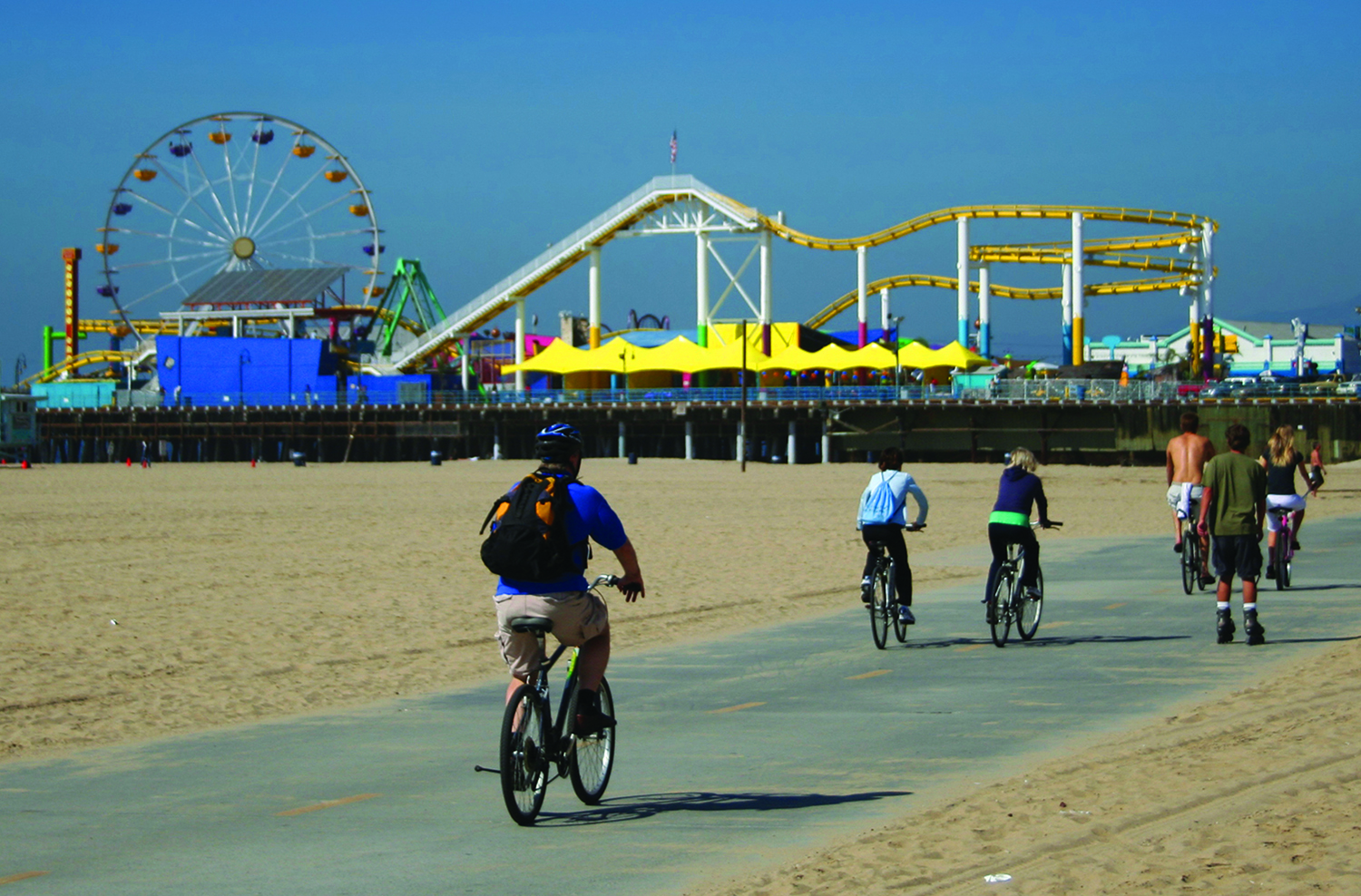 Santa Monica may be one of the most beautiful and bike-friendly places to ride in LA. In 2011, the City Council unanimously adopted the Bike Action Plan, which aims to transform the community into a hub of active transportation. Wide bike lanes and greenways give riders access to nearly any destination in the city, and there are racks to lock up bikes at several points on these paths.

Start the ride at the Santa Monica Bike Center. An all-in-one shop designed to serve most bicycling needs, visitors can rent or purchase bikes here, and get a tuneup and directions before taking off. There’s also the option to sign up for curated, guided tours along themes like street art and sweet spots. 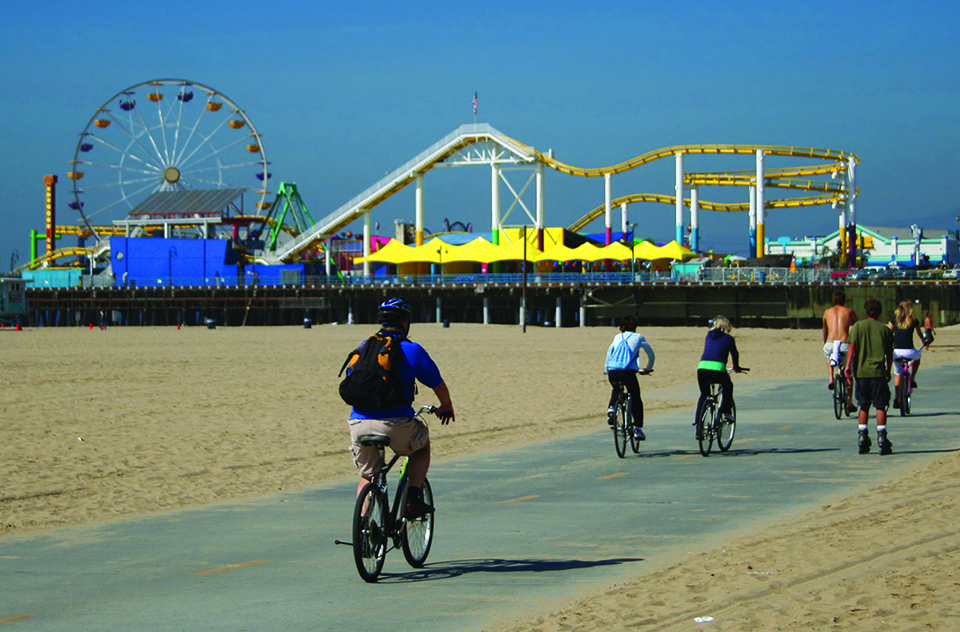 If you’d prefer to mosey along the beachside path at your own pace, first fuel up at Philz Coffee. Located half a mile away from the bike center at Santa Monica Boulevard and Sixth Street, the shop pours a range of blends to kick-start the ride.

“We see a lot of bikes come through our coffee shop—all kinds too, from Fixies to Bianchi and Cannondale,” explains Terra Ramirez, shift leader at Philz. “On a day-to-day basis, cyclists are in and out all the time, and always on the street. … The bike path around the pier is pretty popular and the streets around it.”

To get to the pier, head down Santa Monica Boulevard until you reach Ocean Avenue. Two streets over, the pier branches off Colorado Boulevard and features a Ferris wheel, games and souvenir shops. At the entrance, there’s a southbound bike path to take for the rest of the journey.

The first 3 miles of the trip are framed by unobstructed views of waves crashing onto the sand until you pass the legendary Muscle Beach. Here, an outdoor gym offers a seaside workout to fitness enthusiasts. Continue taking the trail to Venice Pier, where you’ll be greeted with colorful characters lining the streets, hawking goods and engaged in performance art. Street vendors and drum circles are also common, as is pedestrian traffic, so use caution and slow speeds as you meander.

Once you’ve passed Venice, turn left onto Washington Boulevard for one-third of a mile and make another left onto Dell Avenue, the main street that leads into the Venice Canals. Built in the early 1900s and modeled after Venice, Italy, the upscale neighborhood is a favorite site for visitors and locals alike. The area offers a quaint piece of Europe in Southern California, with stunning houses sitting on the water.

Next stop is Abbot Kinney, one of the trendiest boulevards in LA where biking is the leading transportation choice. The street is filled with several boutiques to peruse and places to dine. From 3 Square Cafe & Röckenwagner Bakery, known for its selection of fresh baked goods and breakfast dishes, to Willie Jane, which serves Southern food in a modern space, there are eclectic eateries to sate any appetite along the boulevard. Once you’ve had a bite, follow the road back to Ocean Avenue and head back up toward the bike center to end the afternoon cruise.

Travel Tip: The path is fairly flat, so a beach cruiser will suffice the entire way.