Orange County Through the Lens

Dec 06, 2012Bespoke Concierge MagazineComments Off on Orange County Through the LensLike 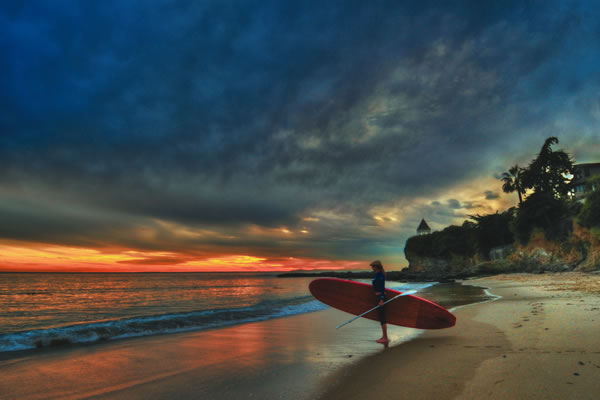 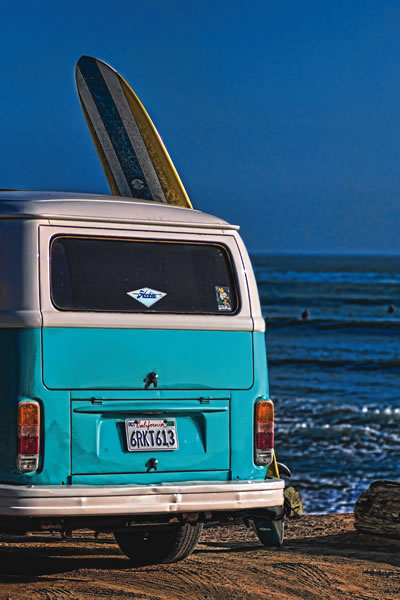 Laguna Beach-based photographer Mark Sanderson is a storm chaser. This is because in order to create the most stunning and iconic shots of the Orange County coast shrouded in sunset, cool winter days are ideal.Just after the sun has gone behind wispy clouds, when there’s a chill in the air, the sky is clear and there’s no sight of sunbathers on the beach, Sanderson approaches the Pacific Ocean with his camera. The result is shockingly surreal images—the way the beach looks only in dreams and memories; the kind that stay with many people when they’re back at home in cities hundreds of miles away.Sanderson has worked for three decades as a commercial photographer and decided two years ago to fine-tune his skills. He now focuses on a signature style that allows him to join the ranks of the fine art photographers who sell their works in galleries and Laguna Beach’s famous Sawdust Art Festival, an annual fair for local fine artists, photographers and sculptors to share their handcrafted art with the community.

“There’s a variety in this kind of coastline—it’s captivating,” Sanderson says. “It’s kind of easy when you live here. You just walk out your door and boom, there it is.”

As a first-year Sawdust Art Festival exhibitor this past summer, Sanderson’s Crystal Cove shot (“Untitled”) was chosen to represent the work of the legendary Laguna Beach festival’s 20 photographers at the John Wayne Airport art exhibit “Laguna Beach: Legacy of Art,” which ran through October.

His open-air Sawdust booth, a simple setup with a shabby chic cabinet, is decorated with framed images of stacked rainbow kayaks and sun-drenched vistas, as well as a little snapshot of his rescue dog, a maltipoo named Romeo, peeking out from larger frames around it. The booth is a long-term goal finally realized. Along with his wife Tamara, Sanderson ran Sanderson Studios wedding photography for nearly two decades in the 1980s and 1990s. He also shot commercial and catalog shots for surfwear brands such as Hobie. Turning 60 prompted a change in lifestyle. “At certain points in your life you start saying, ‘What am I doing, and am I happy doing it?’ ” he says.

Sanderson’s favorite thing about being a Sawdust exhibitor is the group atmosphere—what he calls unbelievable solidarity.

“This is an amazing group,” he says. “And where else can you work where you can sit and drink beer and listen to music?” 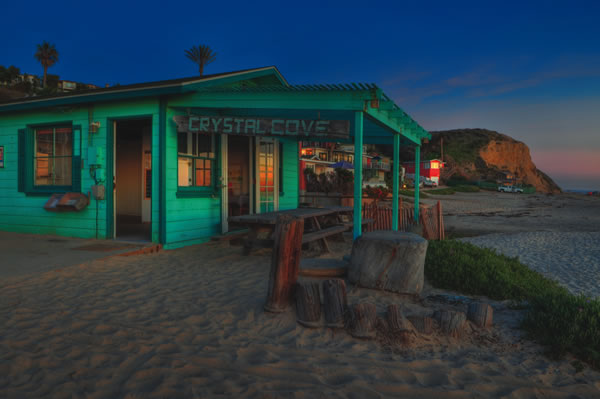 Using a digital camera and a technique that combines three to five exposures, Sanderson captures all the vivid details of a beach scene that would otherwise be dull, dark or uneven. He works mostly in the minutes immediately following sunset, shooting a wide range to expose as much color as possible, from the very dark all the way to the very bright. When printed on metallic paper—a recommendation courtesy of his wife, who does his printing and framing—the brilliancy is further magnified. A dream-like shot that is saturated in color becomes even more luminous, iridescent and glowing, reflecting light differently as a viewer moves around the frame. “People are just drawn to it, and they don’t know what it is,” Sanderson says.

Printed on metallic paper is one of his favorite images, “Sun Circle,” a glimpse of a Laguna Beach tidepool at sunset. With ice crystals forming a silvery ring around the sun, which hangs low and yellow in the sky, colors in the photo seem to move and shimmer. 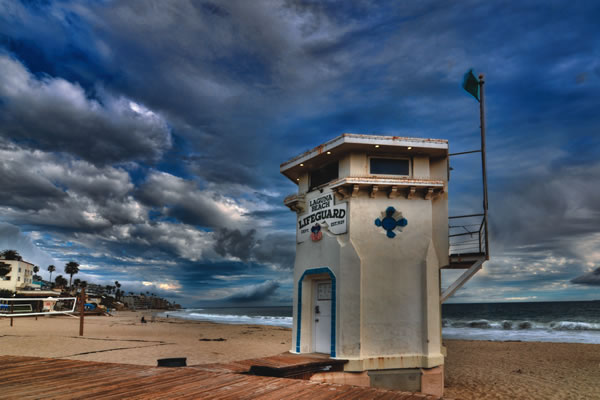 Sanderson is originally from Truckee, Calif., and currently resides in Laguna Canyon. He also shoots in his backyard and embarks on photo safaris to nearby hills and the outlying desert.

His work can currently be viewed at Laguna Craft Guild (Dec. 16; lagunacraftguild.org) and Sawdust Art Festival Winter Fantasy (weekends Nov. 17 to Dec. 9; sawdustartfestival.org). Visitors and residents should also look out for his all-new surf series, a collection of classic surf vignettes that was shot this past summer in San Onofre, Huntington Beach and San Clemente. 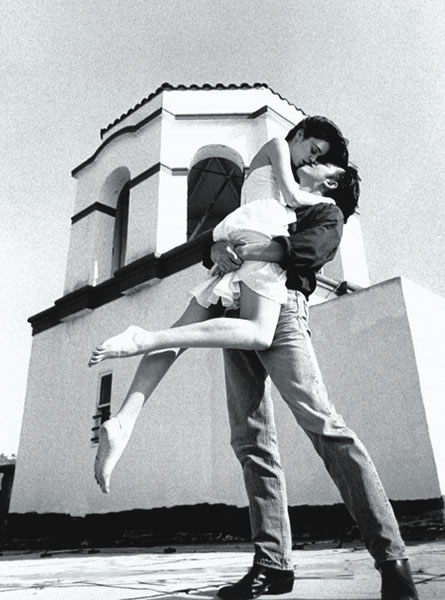 In 1992, a routine photo shoot for Laguna Beach-based photographer Mark Sanderson’s personal portfolio yielded the infamous photograph of the “Kissing Couple,” which captures a model and her boyfriend swept up in romance and the ocean breeze on top of Hotel Laguna.

Sanderson had all but forgotten about the iconic black-and-white image until quite recently, when his daughter noticed it and pulled it out of his archives.

“I’ve had it for so long that I didn’t regard it as current,” Sanderson says. He remembers that the dress belonged to his wife, who is 5 feet one inch tall; the model is 5 feet 10 inches tall.

Reprinting “Kissing Couple” was a smart move for Sanderson—it has been one of his best sellers at the Sawdust Art Festival.