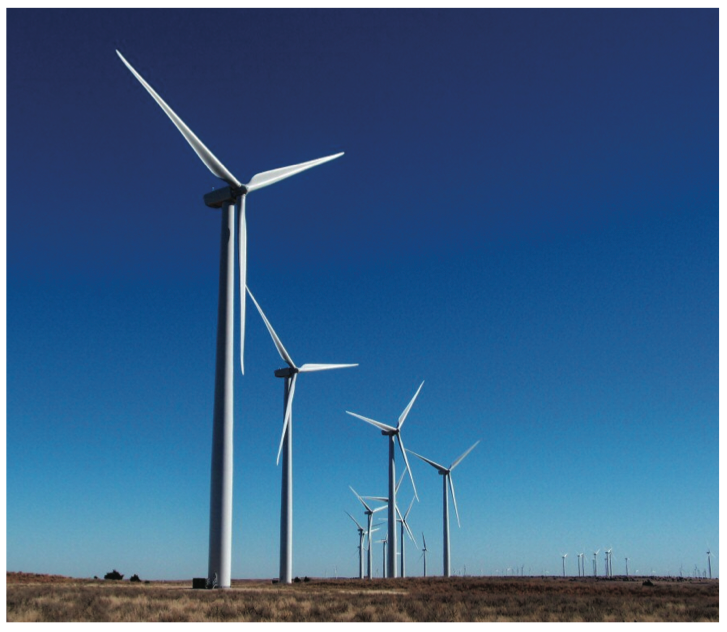 The field of white oil storage tanks lining the freeway, some adorned with painted murals depicting Texas history luminaries like Sam Houston, stretches for miles. The refinery smokestacks belching clouds of smoke are as familiar a sight as dually pick-ups and oversized SUVs creeping along on the packed roadways. Make no mistake: Houston is ground zero of “oil country.” 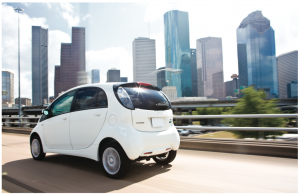 When the average Houston resident plays the oil and gas industry version of “six degrees of separation,” it takes about 30 seconds to connect the dots to someone who either works directly for a large oil company or one of its affiliates, distributors or retailers. According to the Greater Houston Partnership (GHP), an organization that promotes Houston as a business location, 28.7 percent of the nation’s jobs in oil and gas extraction are located in the Houston area, while the city is home to 42 of the nation’s 137 publicly traded oil and gas exploration and production firms, including 11 of the top 25. The nine refineries in the Houston region produce about 2.33 million barrels of crude oil per year—about 50 percent of the state’s total production and 14 percent of total U.S. capacity.

Although Pittsburgh was once known as the “steel capital” and Detroit owned the moniker of “Motor City” for decades, few U.S. locales are so completely defined by a singular industry as Houston. However, one detail frequently gets lost in the oil-rich haze: Houston is better known as the “Energy Capital of the World,” a phrase that more accurately describes the city’s evolution as a good place to do business for companies involved in a variety of energy modes. 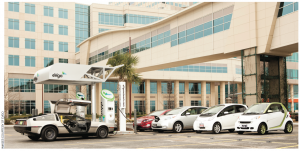 While Pittsburgh and Detroit relinquished their status as regions tied to and reliant upon a specific industry some time ago, Houston’s reign as an energy leader shows no signs of abating, as evidenced by the fact that multi-national energy companies like Schlumberger, CITGO, ConocoPhillips and Vestas Wind Systems have all relocated their U.S. headquarters or research centers to Houston in the past decade.

Oil and gas have been the primary drivers of Houston’s energy industry through the decades, but new forms of renewable energy, including solar, wind and biofuels, along with natural gas, are beginning to gain wider acceptance and usage. While recognizing the important role that big oil plays in the local economy, the population is becoming more open to using energy sources that aren’t as potentially damaging to the environment as petroleum-based sources. Houston has even taken a leadership role in the production of biofuels, with more than 13.5 percent of the nation’s total biodiesel production capacity residing in Houston, according to GHP figures. 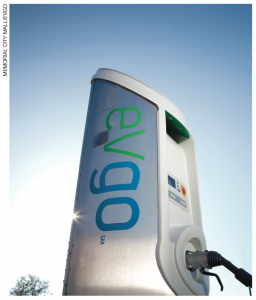 “The desire to use alternative and renewable fuels has increased a ton,” says Katie Molina, general manager of the Citizens’ Environmental Coalition (CEC), a Houston nonprofit that works with a variety of environmental groups to encourage the development of eco-friendly programs. “Even Reliant, the largest energy provider in Houston, has put a large focus on providing renewable fuels, and they’re a for-profit company. They’re only doing that because of consumer demand. More people are willing to pay a little more to be more energy conscious.”

Further proof that Houston is emerging as a leader in the renewable fuels market is last year’s $10 million investment in the nation’s first privately funded electric vehicle charging system by Reliant, whose parent company is NRG. The eVgo program will establish a charging station infrastructure for electric vehicle drivers. Six charging stations are already in operation at strategically placed locations around the city, with a target of having 50 up and running by early next year.

“We chose Houston to launch this program because the city understands energy and city leaders have been very supportive,” says David Knox, NRG EV Services spokesman, who adds that the company recently expanded the program to Dallas and will soon announce expansion outside of Texas. 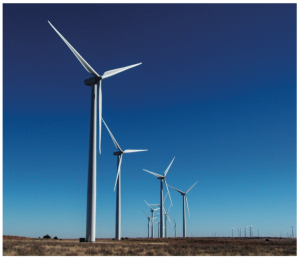 Electric vehicles are just part of the landscape of renewable energy use that is gaining popularity in the heart of oil country. According to the Environmental Protection Agency, Houston is the No. 1 municipal purchaser of “green power” in the nation, with more than 440 million kilowatt- hours of wind power purchased annually, which accounts for 34 percent of the city’s total power consumption. Texas is the U.S. market leader in wind energy production, with a quarter to one fifth of all wind energy in North America being produced in the Lonestar State, says Roby Roberts, vice president of communication and government affairs for EDP Renewables North America. 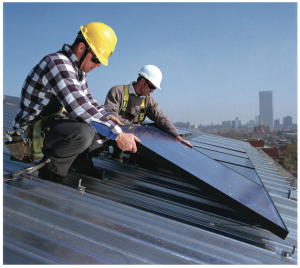 Not long ago, the site of towering wind turbines, which convert the kinetic energy of wind into electricity, positioned on a barren field in the middle of nowhere, was just a curiosity. Wind energy has become a major player in the complex machine that is the U.S. electricity grid, with global companies like General Electric, Siemens and Mitsubishi leading the charge. Roberts says wind makes up only about 3 percent of energy generation in the U.S.—it is as high as 10 to 20 percent in countries like Spain and Denmark—but its use has increased markedly over the past decade.

“Ten years ago, wind was a tiny portion of the energy mix. People were not sure how it was going to work. It is still a small portion, but we’re seeing higher penetrations,” Roberts says.

Reliant spokesman Pat Hammond says the Houston-based energy provider has been committed to renewable energy, especially wind, for more than 10 years, and the company is one of the largest purchasers of renewable energy credits in Texas. Those credits serve as certificates that the company has acquired energy from renewable sources to offset usage of customers who choose to use 100 percent renewable plans.

“We purchase wind power from producers to guarantee that a significant amount of energy was produced and placed on the grid from renewable sources,” Hammond says. “We’ve provided 100 percent renewable plans since the market opened to competition in 2002.”

Roberts says Texas, with about $13 to $14 billion invested in wind energy, is a favorable state for wind producers thanks to a mixture of factors including geography, generous but strictly adhered-to regulations, and extensive corporate backing.

Let the Sunshine In

Houston has a long history dating back to the 1970s and 1980s of residents using solar energy in their homes. The initial applications involved using solar thermal energy to heat water for homes or swimming pools, but a growing number of people are turning to solar electric energy to help offset their use of traditional energy in heating, cooling and lighting their homes.

According to the GHP, the U.S. Department of Energy has named Houston one of 25 U.S. cities designated as Solar America Cities. The program provides awards to cities defined as “partners highly committed to solar technology adoption at the local level” to accelerate solar adoption initiatives.

Ralph Parrott, founder and vice president of business development for Houston-based Alternative Power Solutions, a company that designs and installs solar systems for commercial and residential uses, says interest in using solar electric energy in Houston has grown exponentially over the past decade. 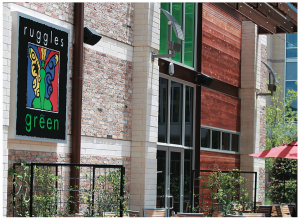 “A lot of the solar panels and equipment installed in the 1970s and ’80s was not good quality, so we have to educate people that the quality has come quite a distance since then,” Parrott says. “We also discuss the value of solar electric and how it can pay you back over time.”

Parrott says legislation passed by President George W. Bush uncapped the 30 percent tax credit for using residential solar energy, a move that made purchasing the systems—which can run $15,000 to well over six figures depending on the scale of the system—more affordable.

Parrott says the typical residential application calls for crystalline panels to be installed on the southern side of the roof for good sun exposure. Photons from the sun agitate electrons, and a system inside the panels captures the electrons as direct current (DC). An inverter then converts them to alternating current (AC) for use in the home.

But a major hindrance to more widespread use of solar energy in Houston is opposition raised by many homeowners’ associations (HOAs) over the cost of installation confronting developers and what’s perceived as the unsightly appearance of the panels. Recent legislation states that HOAs may not prohibit homeowners from installing the panels if the development is considered to be “complete,” meaning no more homes will be built in the subdivision.

“Where homeowners get tripped up is if there is one lot still not developed, so the HOA could decline the request,” Parrott says.

A growing number of private businesses are embracing renewable energy use and adopting more eco-friendly practices. Ruggles Green, a popular Houston restaurant, was named the first “Certified Green Restaurant” in the city in 2008 by the Green Restaurant Association. The eatery, owned by Federico “The Green Guy” Marques, utilizes a variety of efforts to reduce its environmental footprint, including using energy efficient lighting, green building materials like bamboo, eschewing all plastic foam containers and instituting a full-scale recycling program.

“We recycle everything,” Marques says. “Our fryer oil is recycled and turned into biofuel, and all of our plastic, glass, paper and cardboard waste is recycled, too.”

The building housing the Houston chapter of the American Heart Association (AHA) is perhaps the greenest office space in the city. According to AHA spokesperson Shelly Millwee, 77 percent of the construction waste of the structure built in 2004 was diverted from the landfill and recycled, while recycled materials were used throughout, including carpet, ceiling tile, and concrete and steel materials. The building itself was constructed with an east-west orientation to reduce sun exposure, resulting in greater energy efficiency and, according to an energy model that considers all of the energy saving design strategies, the building requires 15 percent less energy to operate than is required by the city of Houston’s energy code.

The growing acceptance of newer, more eco-friendly fuels and heightened attention to reducing the environmental footprint on the part of individuals, corporations and private businesses demonstrates that Houston residents are willing to adapt to the changing energy realities of the 21st century, but the CEC’s Molina says much work remains to be done to reach energy efficiency goals.

“We’re starting to see more balance from both sides—industry and environmental groups,” Molina explains “We need to use all different types of energy because no one is saying we’re going to stop using fossil fuels. We need to be able to meet in the middle.” 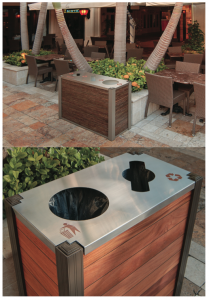 Brian Fishbeck, director of engineering for The St. Regis Houston, says the hotel employs a multitude of practices to help reduce waste and increase energy efficiency. Some of the major steps include:

Energy efficient lighting in back-of- house areas, use of ozone in the laundry department (which reduces the amount of chemicals and hot water needed), and recycling of paper, cardboard, glass, aluminum, green waste and cooking oil. In the landscape management areas, green waste is recycled, monthly irrigation system checks are conducted to adjust watering schedules and inspect for leaks, and when possible, native plant material is used to reduce the need for water and insect or disease treatment. Helping to create a greener stay for guests are paperless check-in procedures, digital thermostats in guest accommodations.

“We’re also looking at modernizing our elevators to improve efficiency and doing a lighting retrofit throughout the hotel,” Fishbeck says. “We are developing action plans to look at newer technologies and potential projects over the next eight years to help us get to those lofty goals.”