Kauai-based National Tropical Botanical Garden not only preserves the island’s native plants but also connects people to its natural environment. 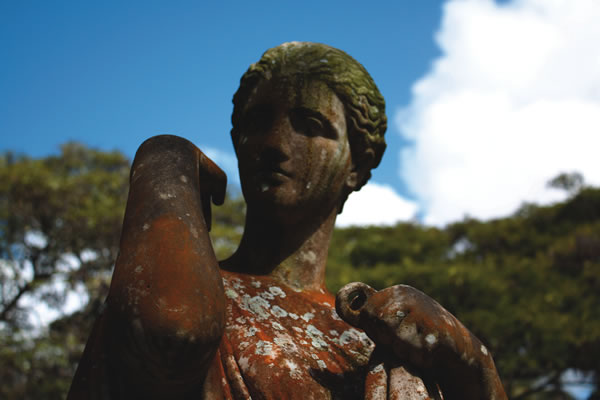 The lush, tropical beauty found in Kauai is what gives the island life and what makes it an extraordinary destination. It is in the mountains of Kauai’s North Shore that some of the world’s most rare plants can be found.

These plants, many growing only in Kauai, evolved over millions of years far from the influences and threats of predators, disease and human activity. As uncommon as much of the native Hawaiian flora is, it’s critical to native birds, insects and other small animals that together make up a healthy, intact ecosystem.

As a visitor to Kauai, one of the best places to experience the Hawaiian plants central to Kauai and its ecosystem is the five gardens of the National Tropical Botanical Garden (NTBG).

As the nation’s only congressionally chartered tropical botanical garden, NTBG was founded in 1964 by a group of conservation-minded individuals who saw the importance of protecting tropical plants within the United States. They wanted to create a network of botanical gardens where scientists and researchers would have access to what were recognized as, even in those days, endangered plants. These farsighted philanthropists also hoped to establish managed and protected spaces where the public could interact with plants for recreation and education.

A board of trustees who were committed to protecting plants and supporting scientific research formed the garden. Names like Paul Bigelow Sears, Henry Francis du Pont and Horace Albright helped realize their “green dream” with the support of Chicago-born artist and world traveler Robert Allerton, whose own estate became the Allerton Garden in Kauai. After successfully lobbying Congress to sign a guiding charter into law in August 1964, Allerton presented a gift of $1 million in stock to support the fledgling organization.

It was one of that era’s finest examples of marrying wealth and vision, and it paved the way for what has grown into NTBG—a nonprofit organization made up of five gardens and five wilderness preserves encompassing more than 2,000 acres on Kauai, Maui and southern Florida. 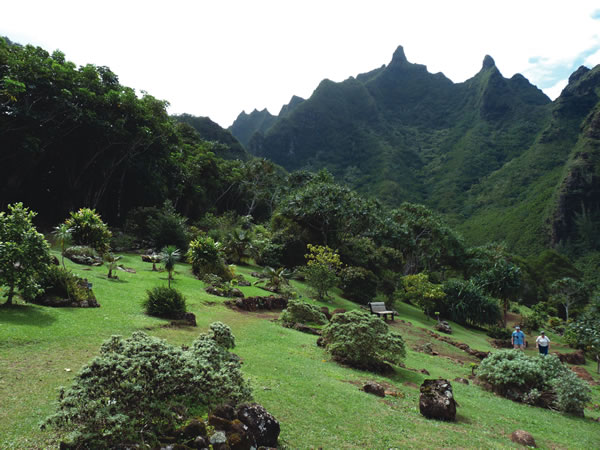 Each of NTBG’s gardens offers public tours and each reveals a different face of tropical beauty. The institute’s headquarters in Kalaheo, Kauai, administers all five locations despite their distance from one another, across the scenic Lawai Valley from NTBG’s South Shore visitors center in Poipu. Three of these gardens—McBryde, Allerton and Limahuli—without surprise, reside on the island of Kauai.

Guests who have never been to a NTBG garden before will be in for a truly special experience. When National Geographic Traveler named NTBG as one of “50 Places of a Lifetime,” they did so in recognition of the garden’s unmatched collections of tropical plants from Hawaii, the greater Pacific region and around the tropical world.

Upon visiting an NTBG location, guests may be overwhelmed by a remarkable assemblage of plants, many not seen outside of Hawaii, while others, like the gargantuan Moreton Bay fig trees towering over Allerton Garden, may seem as familiar as city park trees.

Beyond the public spaces, the organization pursues its mission of tropical plant conservation, research and education through programs and facilities unseen by visitors. Because the gardens are large (McBryde Garden in Kauai, the largest, is more than 200 acres), NTBG is able to introduce visitors to different plant groups found in a variety of tropical environments—from old legacy fruit trees at The Kampong on Biscayne Bay in Coconut Grove, Fla., to the seaside collection of Hawaiian and Polynesian plants at Kahanu Garden just outside Hana, Maui, and the carefully landscaped garden “rooms” of Allerton Garden and McBryde Garden, both at the Lawai Valley in Kauai’s South Shore.

On Kauai’s North Shore, however, between taro fields and native forests near the end of the Kuhio Highway, bridging the world of people and plants, is the Limahuli Garden. 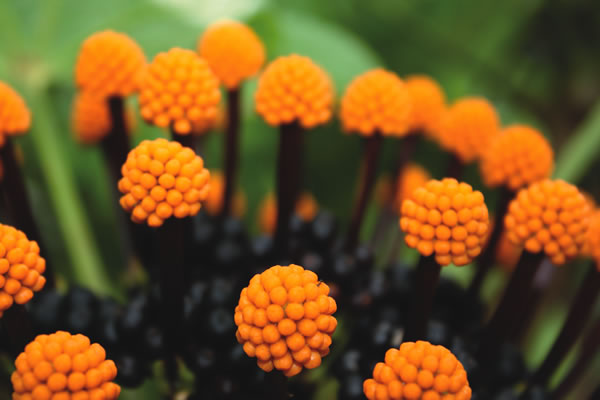 Just two years after opening up tours to the public, in 1997, the American Horticultural Society recognized Limahuli Garden as the “Best Natural Botanical Garden.”

It’s here, at Limahuli Garden (named for the deep valley it’s nestled in), that NTBG grows some of the world’s most rare plants. This is where the battle to save these plants, their ecosystems and the associated cultural knowledge is being fought.

To that end, the Limahuli Garden includes extensive collections of Hawaiian varieties of “kalo” (the root plant taro, central to Hawaiian culture), sugar cane and other culturally significant plants. It also has one of the best examples of how Hawaiians grew kalo in “loi” (irrigated terraces). With a colorful collection of plants important during the 19th century plantation-era and a sweeping ocean view from the Whale Trail at the top of the meandering garden route, guests will find Limahuli is unlike any botanical garden they’ve ever visited.

Limahuli Garden director Kawika Winter, a trained ethnobotanist, points out the significance of maintaining Kauai’s native plants, such as the “loi kalo” (taro patches) at Limahuli.

Today, nearly 1,000 acres of the valley above the Limahuli Garden are designated as a preserve, much of it only accessible to staff by helicopter. With the goal of perpetuating native Hawaiian flora and restoring degraded ecosystems, NTBG staff regularly collect and “outplant” native species in sections of the preserve that are managed as part of a greater conservation strategy.

At the back of the Limahuli Valley, the Upper Limahuli Preserve rises to the 3,300-foot peak Hono O Napali, which looks down over one of the richest, most intact native Hawaiian ecosystems still remaining. Much of NTBG’s field conservation work involves outplanting, collecting, protecting and monitoring these rare native Hawaiian plants.

Painstakingly collected as seeds or small cutting, these native plants are grown in NTBG’s main nursery in the Lawai Valley (only shown to guests on specialty tours) and, when appropriate, transplanted to a NTBG garden or re-introduced into the wild through managed preserves like  the Limahuli Preserve.

John Chapman, NTBG’s assistant director of conservation, describes this type of work as “the most rewarding, yet challenging, on the planet.” He says optimism is essential, but understands the stakes couldn’t be higher. “We are at the frontline in the battle to preserve biodiversity,” he adds.

NTBG’s director and CEO Chipper Wichman, who joined the organization’s apprentice gardener program in 1976 and worked his way higher into the garden’s foundation, explains that the organization’s efforts don’t simply revolve around collecting a few obscure plants, which most people will never see and wouldn’t miss if they went extinct. In the bigger scheme of things, however, the disappearance of these plants matters.

“The level of plant endangerment is only increasing,”  Wichman says. “Plants are the ultimate generator of energy, through photosynthesis, of all life on the planet.” 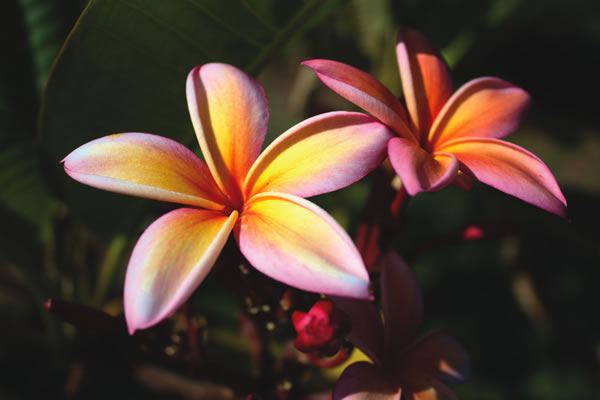 Preserving plants and biodiversity is not simply a Hawaii trend, but something every human being has a stake in, no matter where they live.

“It’s really important that people around the world, especially people that don’t live in the tropics, understand the importance of plants to their well-being no matter where they live,” Wichman says.

Botanical gardens play a vital role in helping bridge the human and plant world. As far as Wichman is concerned, they’re one in the same. “A botanical garden is not only a pretty place to enjoy flowers,” he says. “Gardens are critical to our understanding of the role we all play in being good stewards of this planet. Botanical gardens remind us that without plants, our lives will not continue.”

The Hawaiian Islands, Kauai in particular, can help raise awareness of the importance protecting biological diversity.

“Islands contribute to the world’s biodiversity at proportions far greater than their actual land size,” he adds. “Islands are diversity ‘hot spots’ in that they contain some of the richest reservoirs of plant and animal life on the planet.”

“Very few people realize that their quality of life, no matter where they live on this planet, is tied to the health of our tropical ecosystems,” Wichman says. “Through our work at the National Tropical Botanical Garden, I believe we are making a positive contribution.”

It’s crucial that organizations such as NTBG protect the native plants and tropical preserves of Kauai—it’s what breathes life into the island, and it’s the glue that connects its people and other inhabitants to the land.

From strolling pathways between serpentine tree-climbing orchids and dazzling heliconia or a grove of historical palms, guests who visit the gardens will leave awestruck by the abundance of natural beauty found on Kauai.