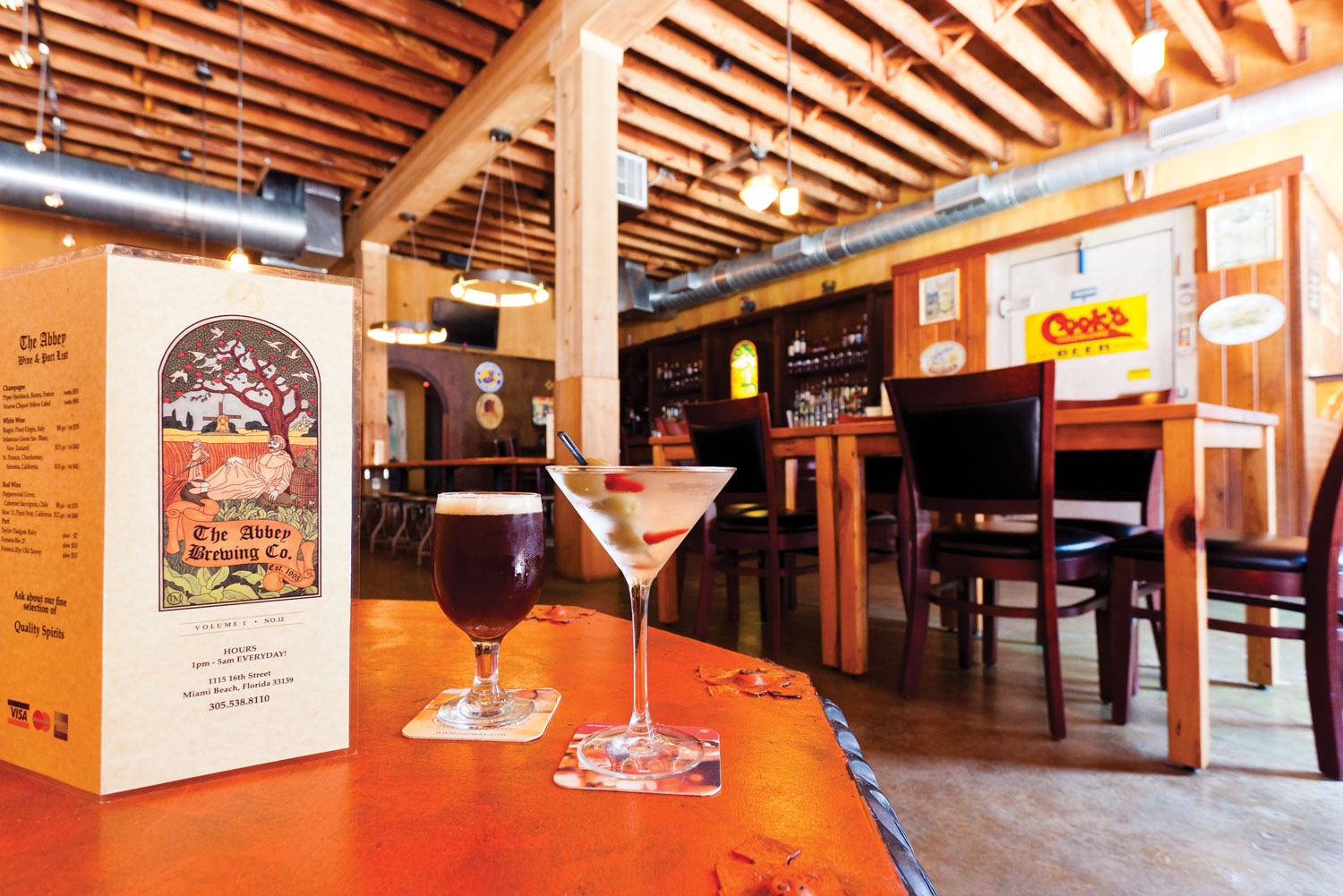 Quench your palate with delicious pourings of handcrafted brews. 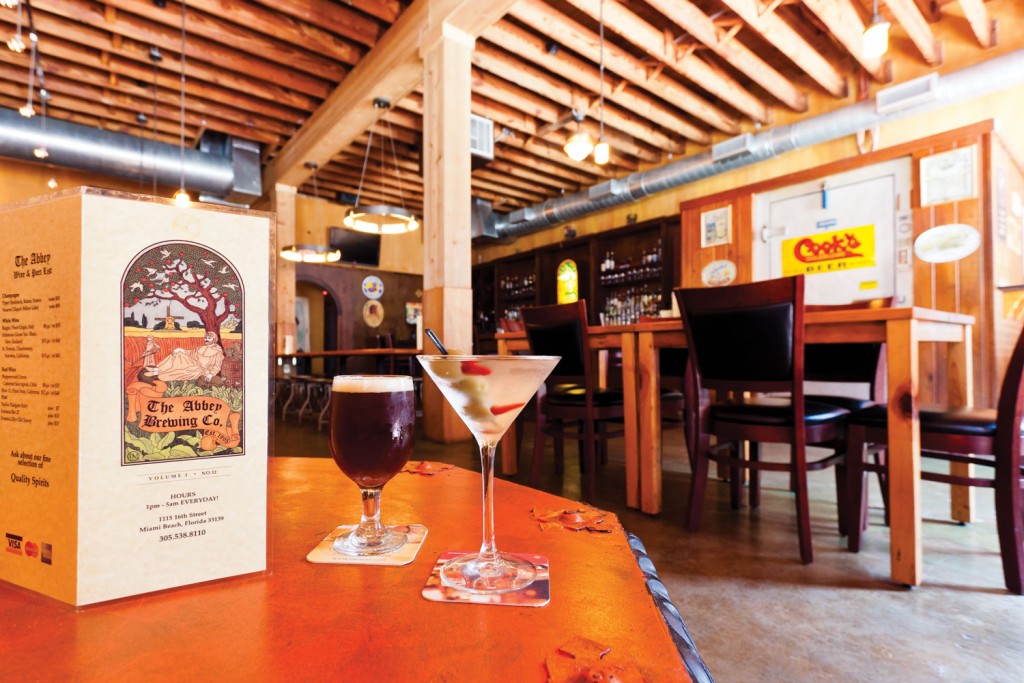 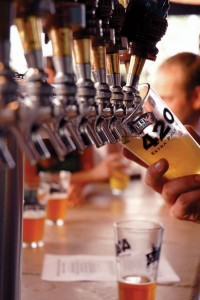 “He was a wise man who invented beer.” —Plato

Dating back to at least the fifth millennium B.C. in ancient Egypt and Mesopotamia, ale is one of the oldest beverages humans have produced. From millet and maize used by Africans to rice cultivated by the Japanese, nearly every culture has developed its own signature style of the tasty beverage (the main ingredient—hops—however, was not used until A.D. 1000).

Refrigeration and pasteurization paved the path for the modern methods of brewing used today, and beer remains the world’s most widely consumed alcoholic beverage.

There’s no better time than vacation to sit back with a frothy beer, and there’s no better way to taste the flavor of a different city than by trying one of its signature, handcrafted varieties. Cheers!

For a refreshing treat and laidback atmosphere, Louis Wood, concierge for The St. Regis Atlanta, recommends the nearby SweetWater Brewing Co. What began as a grassroots operation between two friends in Boulder, Colo., has become a multi-award-winning, top Midtown destination over the past decade. The spacious location allows 100,000 barrels to be brewed here per year, featuring an array of tasty year-round, seasonal and “rarely released” varieties. (SweetWater Brewing Co., 195 Ottley Dr.; 404-691-2537; sweetwaterbrew.com)

At Social Kitchen & Brewery, the beer is not only brewed on site, but also appears as an ingredient woven through the menu. Brewmaster Kim Sturdavant, who spent three weeks in England perfecting his brewing methods, says he has a unique perspective when it comes to English-style beers. “I took a lot of inspiration from that trip,” he says. “Something we do here that’s pretty rare, and you won’t find at other breweries, is [produce] a Pilsner, which we’re really excited about offering.” Pilsner typically takes six weeks to ferment, whereas other varieties average about two. Seize the opportunity to drink up the brewmaster’s knowledge and delicious offerings over a nice meal with friends and family. (Social Kitchen & Brewery, 1326 9th Ave.; 415-681-0330; socialkitchenandbrewery.com) 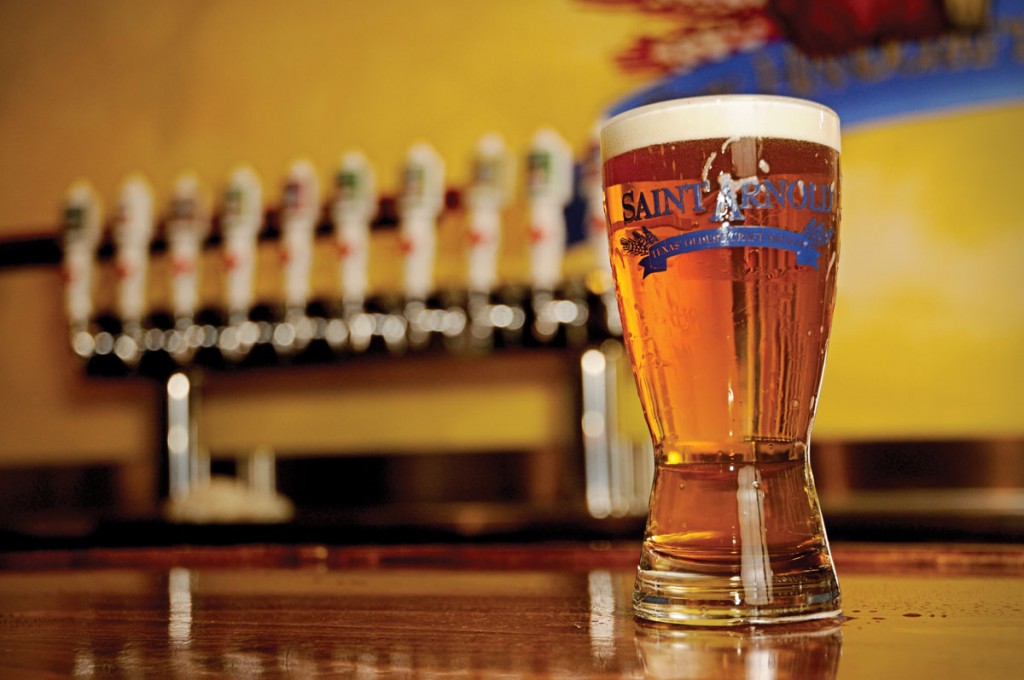 It was a sizzling summer in A.D. 642 when—legend has it—the parishioners of Metz traveled to Remiremont to recover the remains of their former bishop, St. Arnold. They had little to drink and so they prayed to the “Blessed Arnold” to bring them what they lacked. Just then, a small remnant of beer at the bottom of their pot miraculously multiplied in amounts ample enough to quench the thirst of all the pilgrims. And, so, natives and visitors to Houston alike continue to pay homage to this great saint. At Saint Arnold Brewing Co., Texas’ oldest craft brewery, find 14 world-class, full-flavored beers—seven year-round and seven seasonal—brewed and bottled right on site, in an atmosphere rich with warm wooden accents and deep history. (Saint Arnold Brewing Co., 2000 Lyons Ave.; 713-686-9494; saintarnold.com)

To enjoy finely handcrafted beers, guests of The St. Regis Bahia Beach Resort must travel about 45 minutes to Old San Juan to find Old Harbor Brewery, the only microbrewery on the island where “Old World charms meet industrial chic.” Boasting an array of flavorful, frothy brews and delectable dishes in an upscale, but family friendly setting, the brewery is the perfect place to taste the flavors of the island. (Old Harbor Brewery, 202 Tizol St., Old San Juan; 787-721-2100; oldharborbrewery.com)

Located on Pier 59 in Manhattan, Chelsea Brewing Co.—the city’s largest microbrewery—serves about 20 handcrafted, premium beers (as well as a variety of wines, single-malt scotches and liquors) and an array of gourmet pub cuisine with a warm ambiance. The spacious industrial building has 24-foot ceilings, rich mahogany accents and also offers views of the marina on the Hudson River through its two-story glass window. “Natural” is a big focus at this brewery, which—using only purified water, yeast and the finest malts and hops from around the globe—promises nothing but the best brews. (Chelsea Brewing Co., Chelsea Piers, Pier 59; 212-336-6440; chelseabrewingco.com) 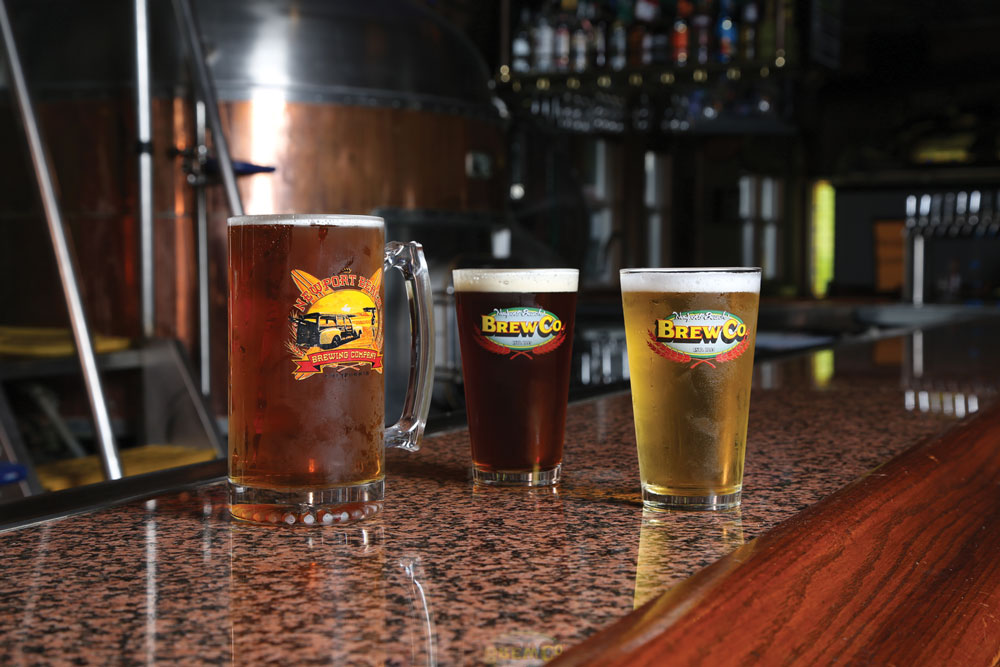 At Newport Beach Brewing Co., or “The Brew Co.” as locals call it, all French-inspired blends are brewed under the Bavarian Purity Law of 1516: Beer may only contain three ingredients—barley, hops and water—and cannot use rice or other preservatives like many major breweries. The rule has earned the establishment, and the dozen or so regular, seasonal and special beers, the gold medal in a blind taste-test involving 2,500 other breweries and more than 10,000 beers throughout the world. (Newport Beach Brewing Co., 2920 Newport Blvd., Newport Beach; 949-675-8449; nbbrewco.com)

The once ultra cozy and intimate Abbey Brewing Co. in nearby Miami Beach recently expanded its space and opened a full-service bar, making it an even more ideal place to kick back and lounge, now with any drink of your choice. But beer-lovers are in for an extra special treat here, where they can find brewmaster Raymond Rigazio’s award-winning recipes that attract patrons from around the globe. Try the Father Theodore’s Stout, a house recipe rich with chocolate, coffee, roasted toffee and anise that scored the gold medal for Florida’s Best Beer. (Abbey Brewing Co., 1115 16th St.; 305-538-8110; abbeybrewinginc.com)

Kauai’s last-standing microbrewery has sadly bid its last “aloha,” but guests of The St. Regis Princeville Resort can still enjoy Hawaiian-made beer that embodies the relaxed island lifestyle. If you’re feeling really adventurous, jump a plane to the big island, where you’ll find an array of refreshing, handcrafted beers at Kona Brewing Co. But if relaxing at the resort with a cold one sounds like more of a treat, you can find some of the brewery’s best selections on the resort’s restaurants’ menus, including Bikini Blonde Lager, Longboard Island Lager and Big Wave Golden Ale. (Kona Brewing Co., 75-5629 Kuakini Hwy., Kailua-Kona; 808-334-2739; konabrewingco.com)