Be sure to secure a seat at one—or more—of this season’s most spectacular performances.

Derived from the early Athenian tragedies acted out on stage (or in arenas) around the fifth century B.C., Western theater has evolved across many cultures over the centuries into a variety of genres—from comedy to tragedy to tragi-comedy, with many in between. Whether you crave melodrama, slapstick, dance, song or fantasy, guests of the St. Regis can find a fantastic on-stage performance at a theater close by—or even right on the property. 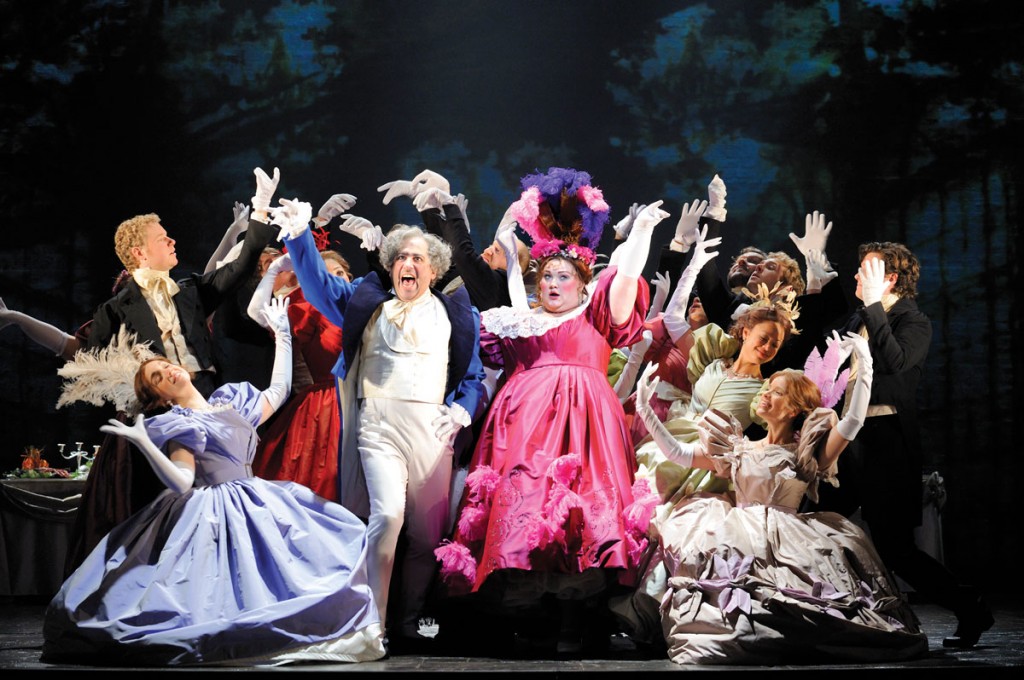 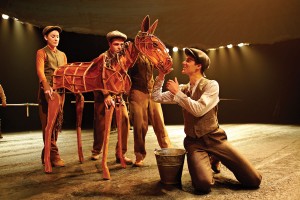 The five-time Tony Award-winning production (including Best Play), “War Horse,” gallops to Fox Theatre (Sept. 25 – 30), where it makes its Atlanta debut. Based on Michael Morpurgo’s novel and Steven Spielberg’s feature film of the same name, “War Horse” is the powerful story of young Albert’s beloved horse, Joey, who has been enlisted to fight for the English in World War I, where he lands in enemy crossfire. In this tale of courage and friendship, Albert—too young to enlist—embarks on a treacherous mission to find his beloved horse and bring him home. (Fox Theatre, 660 Peachtree St., NE; warhorseonstage.com)

Guests of The St. Regis Princeville Resort can uncover the mysteries of the land. On Thursday nights, the resort hosts the Mailani Hawaiian dinner experience, featuring a buffet, show and welcome cocktail. Through chant, hula and storytelling, performers capture the essence of the land known as Halele’a, the house of joy. The Mailani Dinner Show is a seasonal offering. (808-826-2746)

Broadway’s Barrymore Theatre pays homage to one of film’s most beloved actors this fall with “Chaplin” (Sept. 10 – 21, Oct. 29 – Nov. 4., Nov. 11 – 25), a new musical depicting the life of silent film icon Charlie Chaplin. Produced by the Rich Entertainment Group, Roy Gabay and John and Claire Caudwell, the 22-person show follows Chaplin from the slums of London to the heights of Hollywood showbiz, revealing the real man behind the legend, the “undeniable genius” that changed the way America went to the movies. (Barrymore Theatre, 243 W. 47th St.; chaplinbroadway.com)

Featuring stage sensations Olympia Dukakis and Rene Augesen, Timberlake Wertenbaker’s adaptation of “Elektra” (Oct. 25 – Nov. 18) offers an exquisite translation of a timeless Greek tragedy. Elektra is driven by grief, forever haunted by the horrific memory of her father’s murder and fueled by her need for revenge. Enhanced by the dramatic music of Pulitzer Prize–winning composer David Lang, the story is sure to rattle your soul. (American Conservatory Theater, 415 Geary St.; act-sf.org)

Proving that some things do get better with age, Cameron Mackintosh presents a brand-new 25th anniversary production of Boublil and Schonberg’s legendary musical, “Les Miserables” (Nov. 6 – 11), with snazzy new staging and scenery inspired by the paintings of Victor Hugo. Based on Hugo’s classic novel, “Les Mis” tells of the epic survival of the human spirit. (The Hobby Center, 800 Bagby St.; lesmis.com) 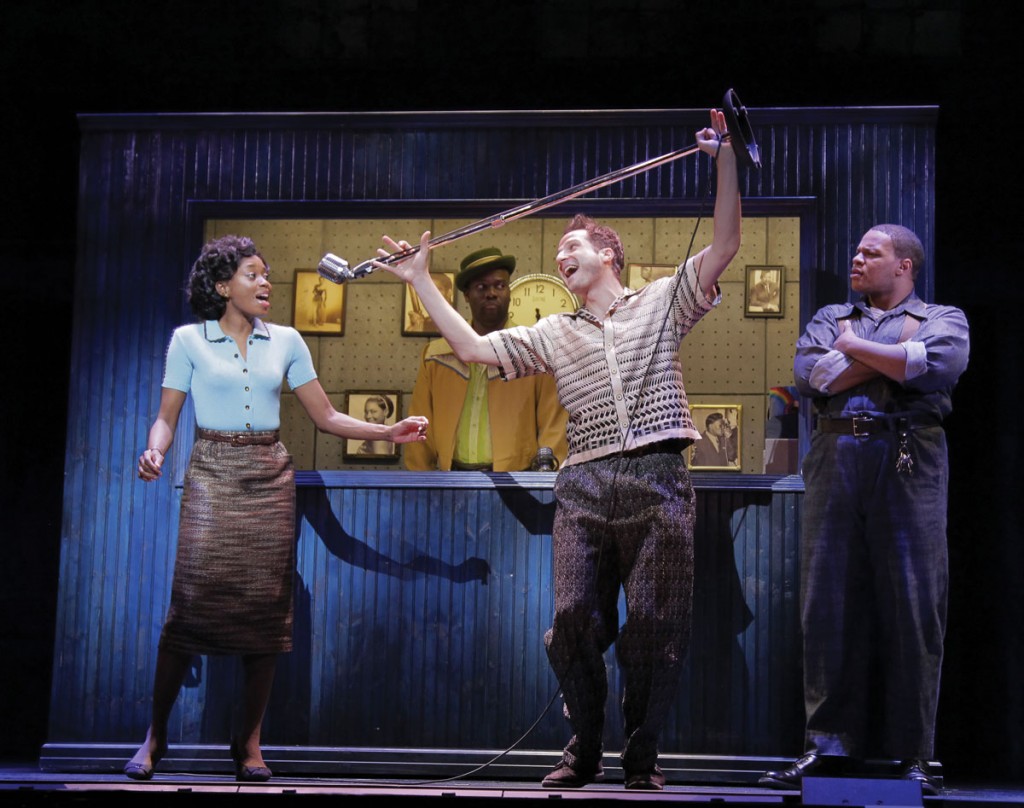 The four-time Tony Award-winning musical “Memphis,” lights up the stage (Nov. 6 – 11, 13 – 18). Inspired by a true story of fame and forbidden love, the tale from the underground dance clubs of 1950s Memphis, Tenn., follows the incredible journey of a white radio disc jockey who wants to change the world, and a black club singer who’s waiting for her big break. (Segerstrom Hall, 600 Town Center Dr., Costa Mesa; scfta.org)

In 1987, a small-town girl fell in love with a big-city rocker in a famous Los Angeles rock club on the Sunset Strip. Tune into their romantic journey when “Rock of Ages” (Oct. 9 – 14) heats up the Adrienne Arsht Center, with everyone’s favorite ’80s hits, from Whitesnake to Poison. (Adrienne Arsht Center, 1300 Biscayne Blvd.; rockofagesontour.com) 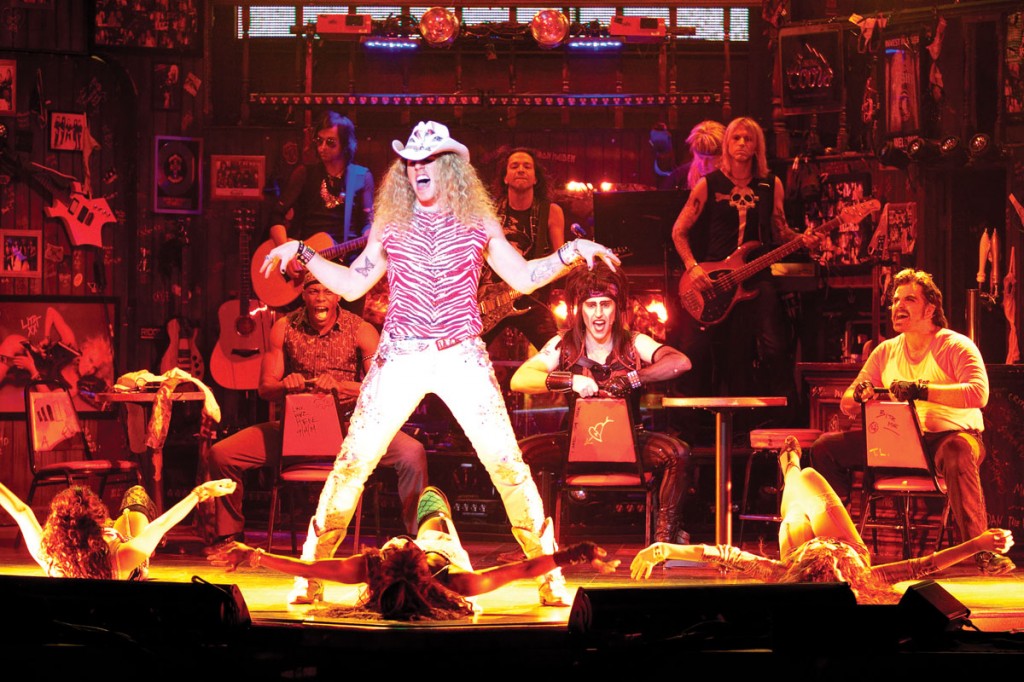 Showcasing big names from opera, stage performance and ballet from around the world, Teatro Tapia in nearby San Juan is the go-to place for theater entertainment. The cozy neoclassical theater dates back to 1832, making it the oldest freestanding drama stage in the U.S., experts estimate. Restored four times between 1949 and 2007, the theater still resonates that historic charm. (525 Avenida F.D. Roosevelt, San Juan; 787-792-5000; tcpr.com)