Jun 25, 2014Bespoke Concierge MagazineComments Off on Whirlwind in Wynwood1 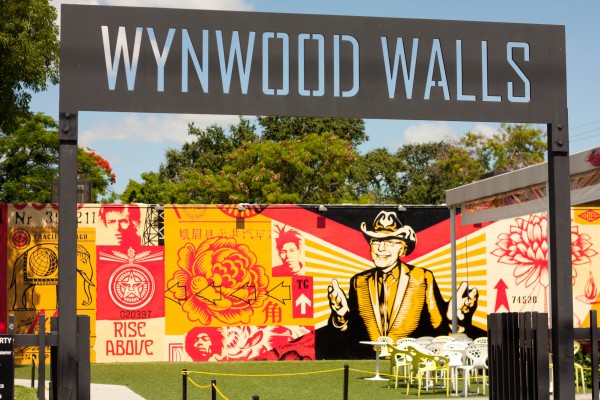 Color defines Miami. From its natural landscape to the stunning architecture, this dreamland is bursting with vibrancy. What’s more, the region has a certain panache that summons people from all walks of life to flourish here.

Such vivacity transformed a once-bland facade into an emerging arts community now known as the Wynwood Art District. Located in Midtown Miami, away from the hustle and bustle of the tourist hot spots, the up-and-coming neighborhood is overflowing with creativity. Numerous galleries, studios, museums and art fairs populate the area. The district is a gallery itself with murals decorating the surrounding walls, providing everyone—even those just driving through—a glimpse of the modern and elaborate expressions of Miami.

The revival of the artistic community over the past decade is the result of a collective vision of property developers, curators and passionate artists who wanted a place of their own to showcase their work and ultimately share the vast culture of the area with the world.

“[Wynwood was] founded to create solidarity amongst the few galleries and arts organizations in the neighborhood, and provide a safer environment for people walking from gallery to gallery,” explains Nina Johnson-Milewski, owner and director of Gallery Diet in Wynwood.

At the helm of the project were curators Mark Coetzee, then-director of the Rubell Family Collection museum, and Nick Cindric of Rocket Projects gallery. Their idea was to take over derelict warehouses and buildings and convert them into galleries and museums. As the neighborhood progressed, restaurants, coffee shops and retail boutiques began appearing amidst the artsy edifices, creating an area where patrons, tourists and curious pedestrians can enjoy an entire afternoon. 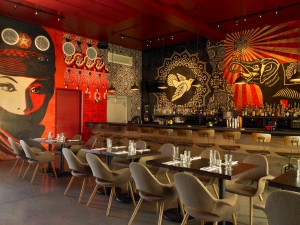 In 2005, Goldman Properties, a development firm that strives for community rejuvenation in metropolitan areas such as Philadelphia and the SoHo neighborhood of New York City, began its involvement with Wynwood by launching restaurants in the district, including Wynwood Kitchen & Bar, a 200-seat restaurant that serves Latin-inspired dishes surrounded by contemporary artwork for a visually enticing feast. Intrigued by the potential of the area, Goldman Properties solidified its initial investment to the emerging art scene by creating the Wynwood Arts District Association (WADA).

Perhaps the most innovative Goldman Properties project in Miami was its creation of a unique outdoor canvas in 2009 called the Wynwood Walls. The concept came from the late Tony Goldman, founder of the company, whose appreciation for street art and graffiti drove him to invite artists to express themselves on the walls and doors of the area.

Goldman discovered that the walls of the complex—which stretches from 25th Street to 26th Street across six separate buildings—were windowless, making it the perfect canvas for an open-air gallery. Graffiti artists who were once underground painters are now commissioned and invited to repaint the neighborhood walls regularly. Artists come from the United States, South Africa, Japan and Poland, among other countries, each bringing their singular artistic interpretations to the buildings’ walls. One of the most prominent artists whose murals are currently displayed in Wynwood is Retna, a Los Angeles-based artist who bases his paintings on script inspired by Egyptian hieroglyphics and Arabic and Hebrew calligraphy. 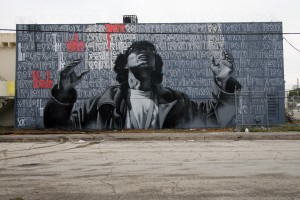 “[It’s] the absolute must-see,” Furst says. “The mix of incredible murals … makes the Wynwood Walls the cultural hub of the community.”

In addition to the walls, Goldman Properties instituted the Wynwood Doors in 2010 in an adjacent lot. Metal rolldown gates were installed on one wall to add more space for artists to showcase their work. Rather than producing large murals, however, the gates provide smaller canvases to accommodate artists who don’t work on the monumental scale required for the Wynwood Walls. Under the alias Vhils, Alexandre Farto pays homage to the history of Wynwood by focusing on creating art out of ruin. By excavating and carving the panels, he builds layers that represent the community’s bygone fabric.

In line with the historical theme, a drive-in theater was installed last fall reminiscent of the commonality of drive-in theaters in 1950s South Florida. Located on 29th Street, the Blue Starlite Mini Urban Drive-In opened in late 2013 with a showing of “Back to the Future” and continues to portray nostalgic films—but with modern amenities for movie-goers. Upon arrival, guests are escorted to a parking spot and provided a speaker for premium comfort. A convenient concession counter is situated nearby and a hot dog stand is slated to open soon. The screens blend in with the surroundings, displaying colorful murals of their own.

Additionally, Wynwood is the scene for live music and stage performances, allowing for all art forms to be represented. Venues throughout the district present an ever-changing lineup of live bands, theatrical performances and comedy acts that make Wynwood’s nightlife rival other Miami hot spots with understated yet original shows.

Such extras add an intimate yet convivial experience to the Wynwood Art District, promoting the underlying mission to create a pedestrian-friendly place that can be explored all day—with something new to be discovered with each visit. 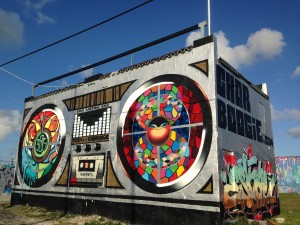 The attraction to the Wynwood Art District starts with a one-of-a-kind structure on the border of the highly frequented Interstate 95, which runs through the city. Street artists Oscar “Trek6” Montes and Chor Boogie painted the small building to look like a giant boom box to spark the curiosity of drivers passing by.

A quick glimpse at the area amazes visitors even further, with about 70 different galleries lining the streets. Johnson-Milewski suggests that visitors stop by Emerson Dorsch, a contemporary art gallery that was among the first to relocate to Wynwood. “[Emerson Dorsch is] an absolute pioneer of Wynwood, [because] they always have a great eye for unexpected emerging talent,” she explains.

Fredric Snitzer, known as the grandfather of Miami art, is also acclaimed for lifting Miami artists to international fame. His award-winning gallery caters to young artists with rotating exhibitions year-round. Other must-see galleries include Gallery Diet for innovative conceptual art and Gregg Shienbaum Fine Art for more established artists and works, according to Furst.

Art aficionados are also afforded a chance to peer over what Johnson-Milewski considers Miami’s leading assets: the Rubell Family Collection and the Margulies Collection at the warehouse. One of the world’s largest contemporary art collections, the Rubell Family Collection moved to Wynwood in 1993 from New York City, where it was established by Donald and Mera Rubell in 1964. Now part of the museum, the artwork can be viewed in a 45,000-square-foot building that is constantly expanding with local and international pieces.

Another impressive pool of work, the Marguiles Collection is housed at the Warehouse in Wynwood. Considered by industry experts as one of the most important collections of its kind, Marguiles features new seasonal exhibits, educational programs and an international loan program from leading galleries around the world.

With so many galleries to experience, guests may find it difficult to decide which to make a priority. Serving as a guiding light for visitors, however, is the Wynwood Art Walk, held the second Saturday of every month at 6 p.m. “It’s a night where most of the businesses, including galleries, stay open late,” Johnson-Milewski explains. “… It can be a great way to familiarize [yourself] with the neighborhood.”

For an opportunity to connect with artists, Furst mentions the collector’s previews, which occur on Thursday evenings prior to the Saturday art walk. “[Collector’s previews] grew out of the popularity of second Saturday to afford a more intimate environment … to engage with gallerists,” he says.

While both events bring crowds of visitors to Wynwood, the neighborhood truly comes alive during Art Basel Miami Beach in December and Art Wynwood, a contemporary art fair held over Presidents Day weekend that welcomes more than 32,000 collectors and art fans. 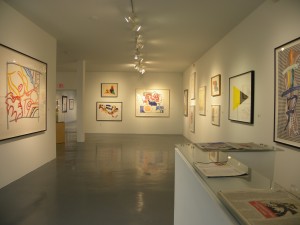 Gregg Shienbaum opened his eponymous fine art gallery in 2011 with a focus on contemporary artwork.

For the past decade, Wynwood has played host to Art Basel Miami Beach, an international event that brings more than 75,000 visitors and 250 international galleries to the city every year. It is during this major event that most walls are repainted, renewing the temporary canvases that display the artists’ creativity while making way for new artists to participate. Visitors can witness the artists in action, as they empty thousands of spray paint cans to produce vibrant murals for all to appreciate.

Whatever may bring you to the Wynwood Art District, the area offers many remarkable ways to encounter local art. And as long as there is creativity in Miami, the area will only expand with more sights to please the eyes.