10 Things to do in the Miami Modern Historic District

Jul 19, 2015Bespoke Concierge MagazineComments Off on 10 Things to do in the Miami Modern Historic DistrictLike

The Miami Modern Historic District—MiMo, for short—is a hidden gem along one of the city’s most well-traveled roads. By the 1950s, this charming Biscayne Boulevard enclave was defined by the flamboyant, resort-like architectural style associated with South Florida. From around 50th to 77th streets, family-friendly motels and businesses gave the area its colorful character, beckoning motorists to stop and explore as they drove through Miami.

The northeast neighborhood fell victim to urban decay in the late 1900s but, like so many neighborhoods in the city, the MiMo Historic District is making a comeback. Today, the corridor is being transformed with boutique hotels, shops, restaurants and renovated storefronts. A midrise residential tower is planned for Northeast 57th Street with ground floor retail and, last summer, the iconic Vagabond Hotel was meticulously restored with a nod to the kitschy glamour of midcentury Miami. Celebrity chef Michelle Bernstein even opened her flagship Michy’s restaurant off of 69th Street in 2006; it’s since closed to make way for a new dining concept—further evidence of MiMo’s present state of constant evolution.

There’s an electric buzz that now surrounds the historic district. And, with a legion of locals committed to raising the profile of MiMo, the neighborhood’s vintage boutiques and trendy bistros promise an authentically Miami experience.

1. Tour the district’s architecture on foot, led by an expert guide. 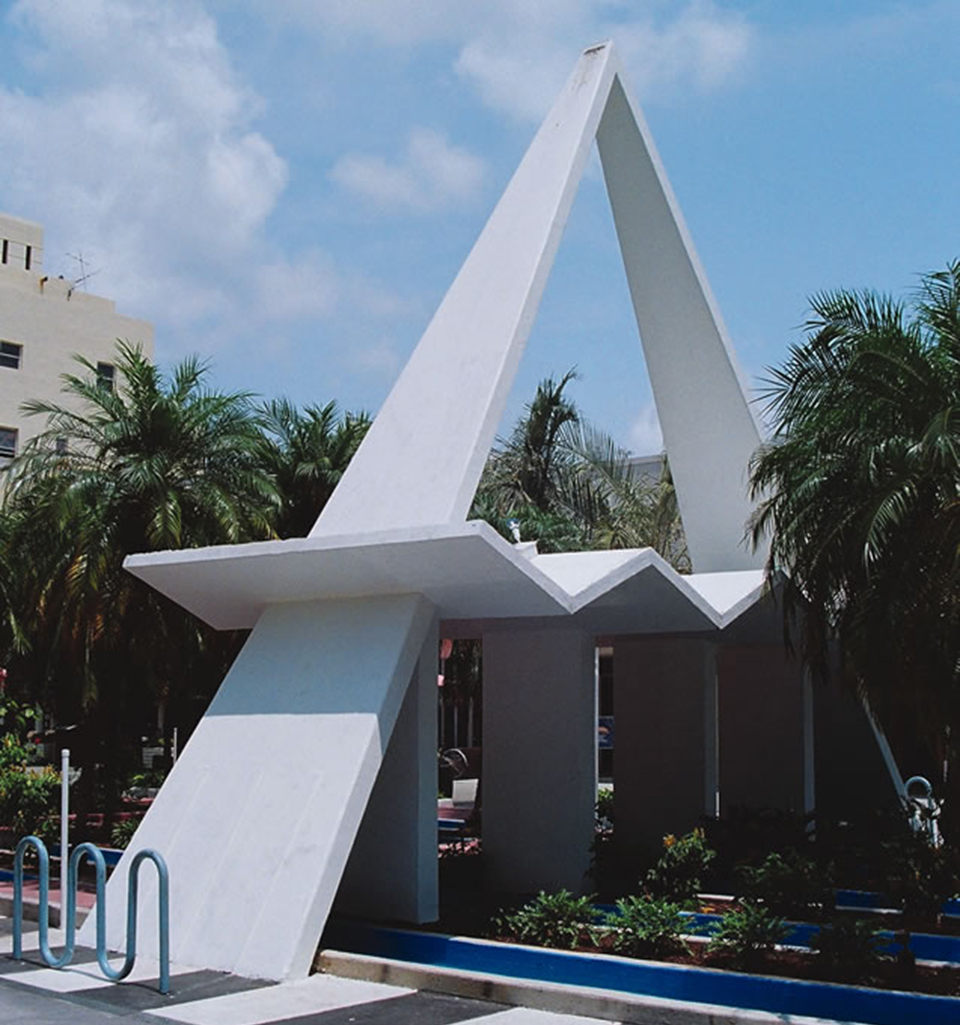 “I highly [recommend] a WALKING TOUR from the MiMo District; … the expert person is Mr. John Bachay, who is a member … [of] the MiMo Biscayne Association. He offers a walking tour by appointment and requires a minimum of six guests. You can contact him at [email protected] and the fee is $25 per guest.” —Joaquin Pastora, head concierge at The Westin Colonnade, Coral Gables 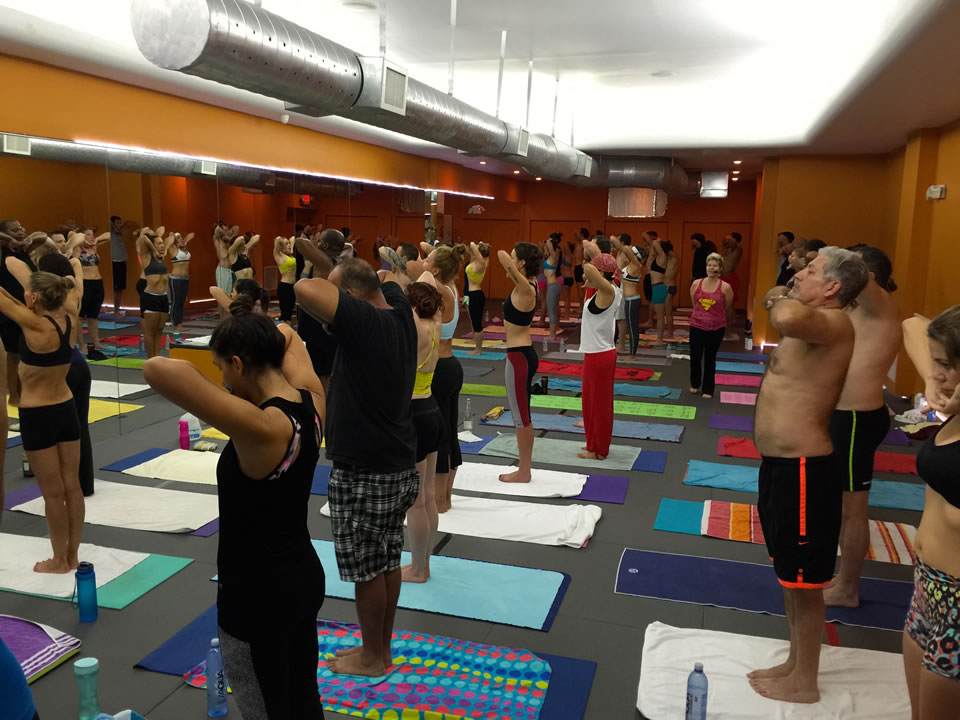 “BIKRAM YOGA CENTRAL MIAMI is the [neighborhood’s] top-notch yoga studio with great classes and instructors. They offer an amazing juice and smoothie bar in the lobby, [and] also have a steam room [and] massage room. The studio is immaculately clean and easy to navigate. The single class costs $25, but the fee covers the class, a mat and towel.” (5084 Biscayne Blvd, Ste. 101; 305-231-3171; bikramyogacm.com) —Joaquin Pastora, head concierge at The Westin Colonnade, Coral Gables

3. Stop for an inspiring, trendy lunch at The Federal Food, Drink & Provisions.

4. Or, go casual with a slice at Andiamo Brick Oven Pizza. 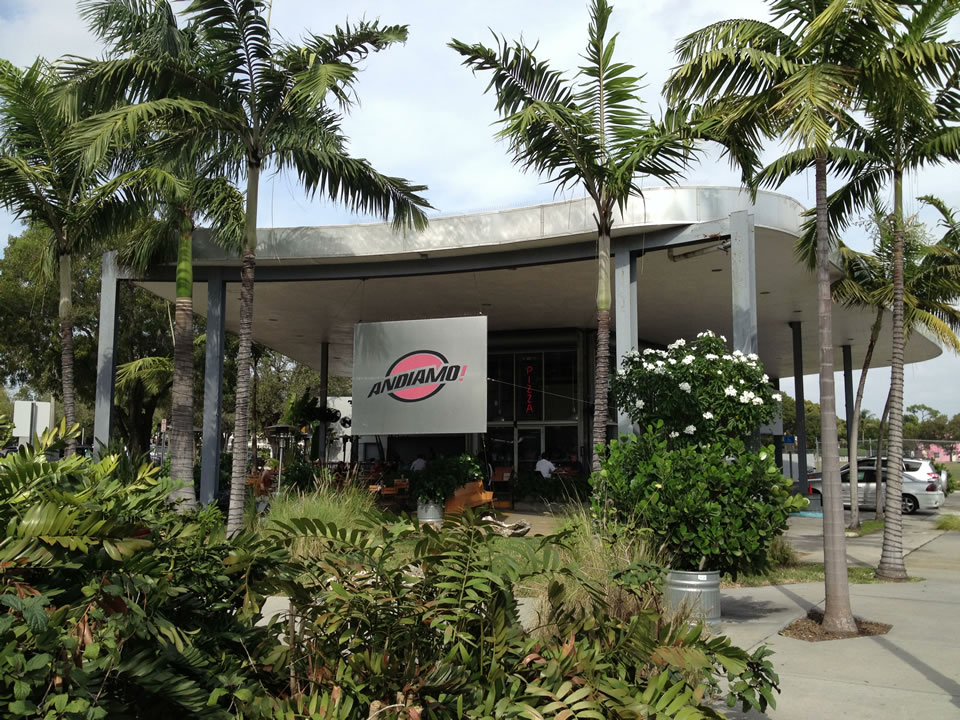 “If you wish to have a divine pizza in a casual ambience, then go to ANDIAMO BRICK OVEN PIZZA. … Andiamo carries a nice selection of craft beers, microbrews, import beers and domestic beers. The staff is friendly and the atmosphere is pleasant. The pizzas are excellent with a perfect ratio of sauce to cheese.” (5600 Biscayne Blvd.; 305-762-5751; andiamopizzamiami.com) —Joaquin Pastora, head concierge at The Westin Colonnade, Coral Gables

“You can lose yourself adventuring at FLY BOUTIQUE, where the fun never ends. Here you [will] find charming vintage clothing, jewelry, purses and pretty much everything you can think of. … Give yourself time to find that one-of-a-kind piece.” (7235 Biscayne Blvd.; 305-604-8508; flyboutiquevintage.com) —Paola Peschiera, concierge at Mandarin Oriental, Miami

6. Pick up a snack for later in the day at Flavorish Market.

“At FLAVORISH MARKET… you will be delighted by homemade soups and empanadas for a light and casual lunch. While in there, you will be tempted to take home some organic chocolate, granola, wine, cheese or … artisan beers to relax after shopping.” (7283 Biscayne Blvd.; 305-754-8787; flavorishmarket.com) —Paola Peschiera, concierge at Mandarin Oriental, Miami

7. Stop for a midafternoon bite at Ni. Do. Caffé.

“NI. DO. CAFFÉ is a small restaurant tucked away in MiMo—absolutely charming. If you go for dinner, do yourself a favor and get something, anything, with mozzarella. Ni. Do. has their own mozzarella bar so you are sure to get exactly the cheese you are in the mood for.” (7295 Biscayne Blvd.; 306-960-7022; nidocaffe.com) —Melany Ramsay, concierge at The Ritz-Carlton, South Beach

8. Take in the impressive architecture at the Vagabond Hotel, and enjoy a bite at the on-site restaurant. 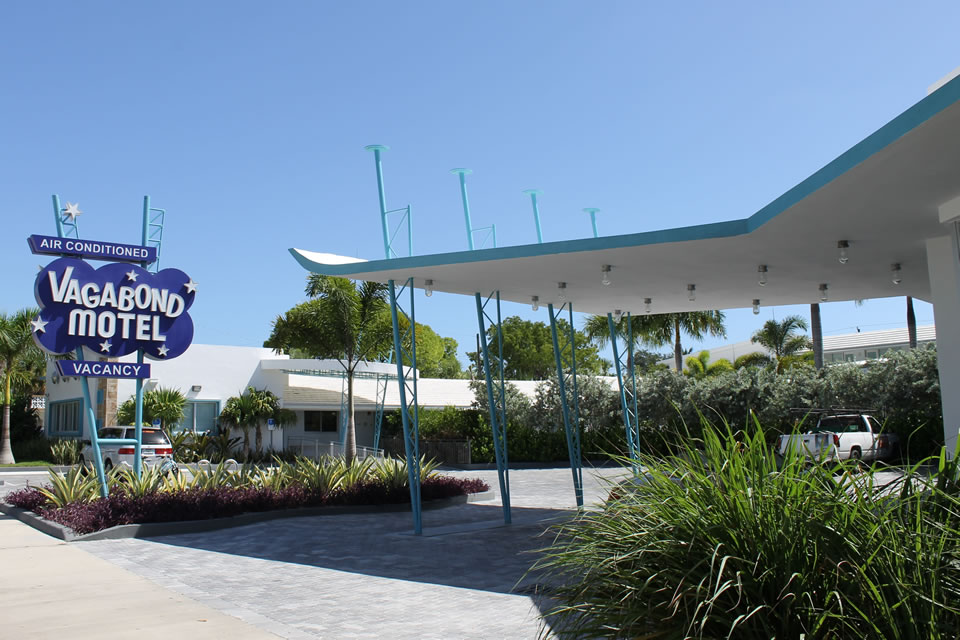 9. Embrace Miami’s cultural diversity with a dinner at Loba.

“LOBA, a cozy Latin American restaurant, has dishes that put a modern twist on some classics. … Try anything from the pan-seared salmon to the Loba burger, and get a quick peek at the quirky names on the menu like the Ode to Wilbur, … seared pork belly, or the Vincent van Goat, [a] honey goat cheese appetizer.” (7420 Biscayne Blvd; 786-536-6692; lobarestaurant.com) —Melany Ramsay, concierge at The Ritz-Carlton, South Beach

10. Indulge your love for art and dining at Mimo Art Cafe.