The farm-to-table approach has evolved from trend to commonplace—these days it’s easy to find restaurants across the country that highlight locally sourced ingredients. But now some chefs are taking it a step further, lacing up their hiking boots and venturing outside to personally find and gather wild, fresh flavors. Back in the kitchen, the carefully collected produce is prepared with other gourmet components to create delicious dishes that offer a unique taste of the local region.

One chef getting out into nature is Niki Nakayama of n/naka. At her restaurant, the dining experience reflects her interpretation of the kaiseki tradition—a Japanese approach to cuisine which represents the seasons and landscape through an intricately prepared multicourse meal. Nakayama first became interested in foraging when she visited Japan and spoke with chefs who expressed the importance of showcasing regional ingredients; the experience inspired her to develop a meal in which every ingredient was sourced from California. Back home in Los Angeles, she enlisted the expertise of urban forager Pascal Baudar.

The duo has traversed the varied landscape of Hansen Dam in search of wild plants with uniquely subtle flavors. Some of Nakayama’s favorite ingredients to find are “mustards (because they are so much like wasabi), watercress (because the quality is superb to what is available at the markets), unique plants like wooly blue curl, and branches from the mulefat [plant] that can be turned into chopsticks.” The chef incorporates these collected components in her dishes by using them as mild accents and garnishes.

Though wild ingredients are not the star of her menu, Nakayama believes foraging is an important technique that’s likely to continue in professional kitchens, despite the ever-changing nature of culinary trends. “Even if the word ‘foraging’ loses its appeal, it can still be a practice that is always a constant in kitchens because there are flavors that are only available through foraging,” she says. 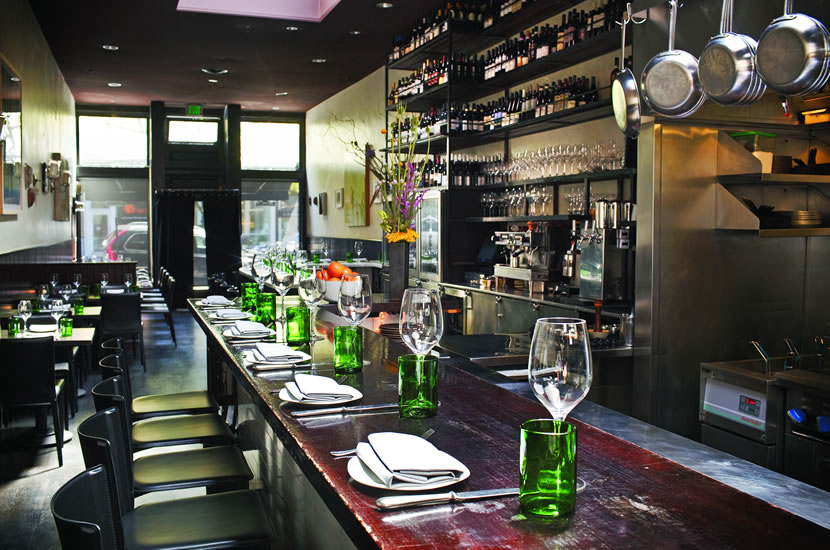 Wild ingredients are used to complement dishes at SPQR. (Courtesy of SPQR)

Mushrooms for Every Season

Chef Sean O’Toole of Torc in Napa, Calif., agrees that foraging is likely to endure. “Foraging should be around for a while as long it’s approachable and people don’t make it so esoteric,” he says. “People want good, tasty, satisfying things.” At Torc, food enthusiasts will find a variety of luscious local flavors. From the restaurant’s convenient location in Northern California, O’Toole can travel to the Sonoma coast or the Sierra Nevada mountains on any given day. This diverse terrain affords the chef access to an amazing bounty of California’s wild produce, but his favorite find is fungi. He began foraging in 2002 when he met master forager Connie Green. With her sage advice at hand, O’Toole learned how to identify mushrooms in every season—black trumpets and hedgehogs on the Sonoma coast in winter; porcinis from the mountains in spring; morels in the summer; and coastal porcinis in the fall.

At any time of year, foraging is a family affair as his wife and two dogs accompany O’Toole on his wild mushroom quests. On a typical day the family will wake at 4 a.m. to get to their destination early and start the hunt for superb mushrooms. O’Toole wants to share these treasures with his customers and give them an experience “they aren’t accustomed to or don’t have at home.” 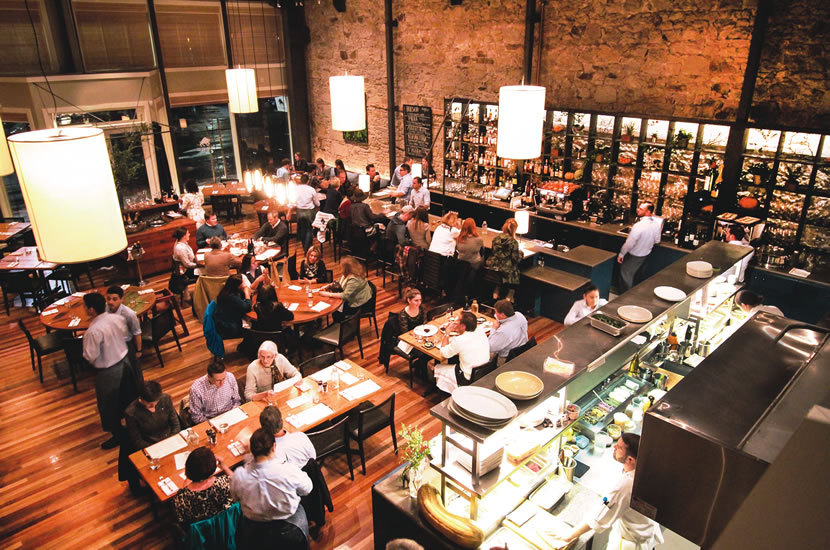 Character in the Wild

Matthew Accarrino, executive chef at San Francisco’s SPQR, describes his first foraging outing as a memorable family experience. It was on his 22nd birthday, when his relatives took him walking through their olive ranch in Italy to find fresh ingredients for dinner. “We made my birthday meal with a bunch of foraged foods that we had on hand,” he says, “wild arugula, wild capers, wild fennel …” Since then, foraging has influenced his cooking in a big way.

As a New York native, Accarrino decided to move to California because the diverse landscape and mild temperatures produced ample local ingredients for a chef to work with. He first arrived in Los Angeles, where even in its dry climate he could find watercress growing in mountain streams or wild fennel nearly everywhere. “For a kid from New York, that’s amazing,” he says. “Those are the moments you realize that food is all around you.”

At SPQR, wild ingredients are used to complement a dish or star as the main component. However he incorporates gathered produce, Accarrino is always looking for ingredients that are truly “expressive of what they are.” For example, wild arugula that has had to struggle for its existence has a flavor more profound than the variety found in stores. “These plants that are wild grow against the odds so that they have character,” Accarrino explains. “That character comes across to us as flavor.” And he is poised to take advantage of that unique taste—he knows where the plants can be found, in what season, and whether or not they should be served up with duck ragu, goat cheddar or another gourmet flavor. He also notes that the art of foraging is deeper than a trend. “As human beings—on some level—we all want to be connected to our environment,” he says. “There is a soulfulness in it.”