Today’s Meatpacking District—nestled between Chelsea and the West Village—bears little resemblance to its past life. Officially known as the Gansevoort Market Historic District, the neighborhood has residential roots dating back to the 19th century. It grew as a mecca for the meat industry, though wholesale businesses of all types flocked here. Decades later, in the 1970s, the district also flourished when the gay community began to build up entertainment hubs alongside the packing plants.

Flashing forward, the neighborhood’s moniker remains as one of the last remaining vestiges of its intriguing past. A few meat companies still operate in the area but, for the most part, it’s become the stomping grounds of New York City’s glamorous jet set. White butcher’s aprons have been traded in for a more stylish uniform courtesy of designer boutiques near West 14th Street like Hugo Boss and Joie—Diane von Furstenberg’s studio headquarters, including the flagship store, are even housed in the district.

An incredible number of restaurants are also packed into the few city blocks. Celebrity chefs bring exciting flavors to the neighborhood, and the myriad eateries allow visitors to take a culinary tour of the globe. Jean-Georges Vongerichten offers Asian street food at his Spice Market on West 13th Street; meanwhile, Mediterranean-style dishes abound between Ninth Avenue and Washington Street at Fig & Olive.

As travelers stroll down the cobblestone streets in the Meatpacking District, the facades of meat lockers serve as a welcome reminder of the neighborhood’s past. It’s the perfect mix of old and new—so much to explore in a setting that’s rich in historical significance. Get to know the neighborhood and some surrounding haunts in nearby Chelsea with these recommendations from the city’s top concierges.

1. Have a drink at Santina.

“There’s a new restaurant at the base of the High Line in the Meatpacking District. … It’s called Santina and they have really great cocktails.” (820 Washington St.; 212-254-3000; santinanyc.com)  —Jared Gullekson, chef concierge at The London NYC

2. Enjoy a meal at Macelleria.

“I like Macelleria—[it’s] an Italian steakhouse with a lot of ambience [and] people watching.” Stop by for brunch, lunch or dinner, and sample prime cuts of meat in classic preparations. Handmade pastas such as ravioli, pappardelle with wild boar ragu and lasagna Bolognese make up their own section on the menu. (48 Gansevoort St.; 212-741-2555; macelleria.com) —James Jolis, chef concierge at The Chatwal

The High Line, a 1.45-mile-long parkway built on an elevated section of a former freight train line, is the perfect place to enjoy some fresh air and a green respite from city streets this spring. “It runs from Gansevoort Street in the Meatpacking District to West 34th Street, between 10th and 12th avenues.” (thehighline.org) —Krista Sorrentino, concierge at The St. Regis New York

Just about a block north of  the Meatpacking District,   Chelsea Market is a must-visit food hall with plenty of storefronts. “There are tons of restaurants, some where you can dine in and some you can take out. You can try the delicious pastries at Sarabeth’s, grab some fresh lobster at The Lobster Place and then try a wine tasting class at Chelsea Wine Vault. There is a lot to try and see, but [it] is definitely paradise if you are into the new foodie movement.” (75 Ninth Ave.; 212-652-2110; chelseamarket.com) —Vanessa Torruellas, chef concierge at The Iroquois New York

5. Shop for designer threads at Jeffrey.

“For shopping, there’s Jeffrey. It’s basically a Barneys or Bergdorf Goodman, but on a much smaller scale. Still, all designers are in there.” Browse men’s and women’s accessories and ready-to-wear from fashion houses including Manolo Blahnik, Saint Laurent, Prabal Gurung, Alexander Wang and Givenchy. (449 W. 14th St.; 212-206-1272; jeffreynewyork.com)  —Jeanie Voltsinis, chef concierge at Viceroy New York

6. Be inspired at the beautifully designed Whitney Museum of American Art.

“My new favorite place in all of New York City is the Whitney Museum of American Art. … The Meatpacking District is known for being hip and trendy, and it has really beautifully designed buildings. The designer of the Whitney Museum is Renzo Piano—it will be a beautiful building [when it opens in May]. It’s the new gem of the area.” (99 Gansevoort St.; 212-570-3600; whitney.org) —Waldo Hernandez, chef concierge at The Carlyle

7. Indulge with brunch at Barchetta.

“Barchetta, [a few blocks north of] the Meatpacking District, is one of the top hidden gem restaurants in New York right now. Chef Dave Pasternack of Esca brings a fresh approach to crudo, seafood dishes in general and now brunch on the weekends. Between myself and two friends, we tried the entire brunch menu and loved it all.” (461 W. 23rd St.; 212-255-7400; barchettanyc.com) —Carmen da Silva, concierge at Tribeca Grand Hotel

8. Take a coffee break at Intelligentsia in the High Line Hotel. 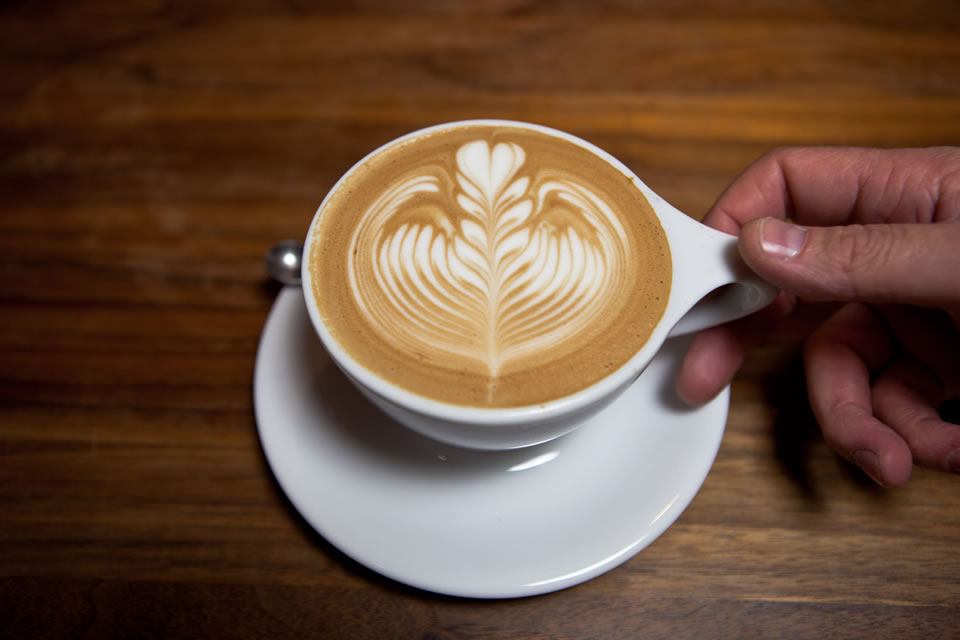 “I love coffee. I’m a coffee fiend—well, cortado drinker to be exact. And the crew at the Intelligentsia inside the funky, vintage-industrial High Line Hotel [in Chelsea] are doing great things with this Chicago-based coffee.” Visitors can stop by every day starting at 7 a.m. to grab a seat at the bar or in the courtyard to enjoy their espresso. (180 10th Ave.; 212-933-9736; intelligentsiacoffee.com) —Carmen da Silva, concierge at Tribeca Grand Hotel