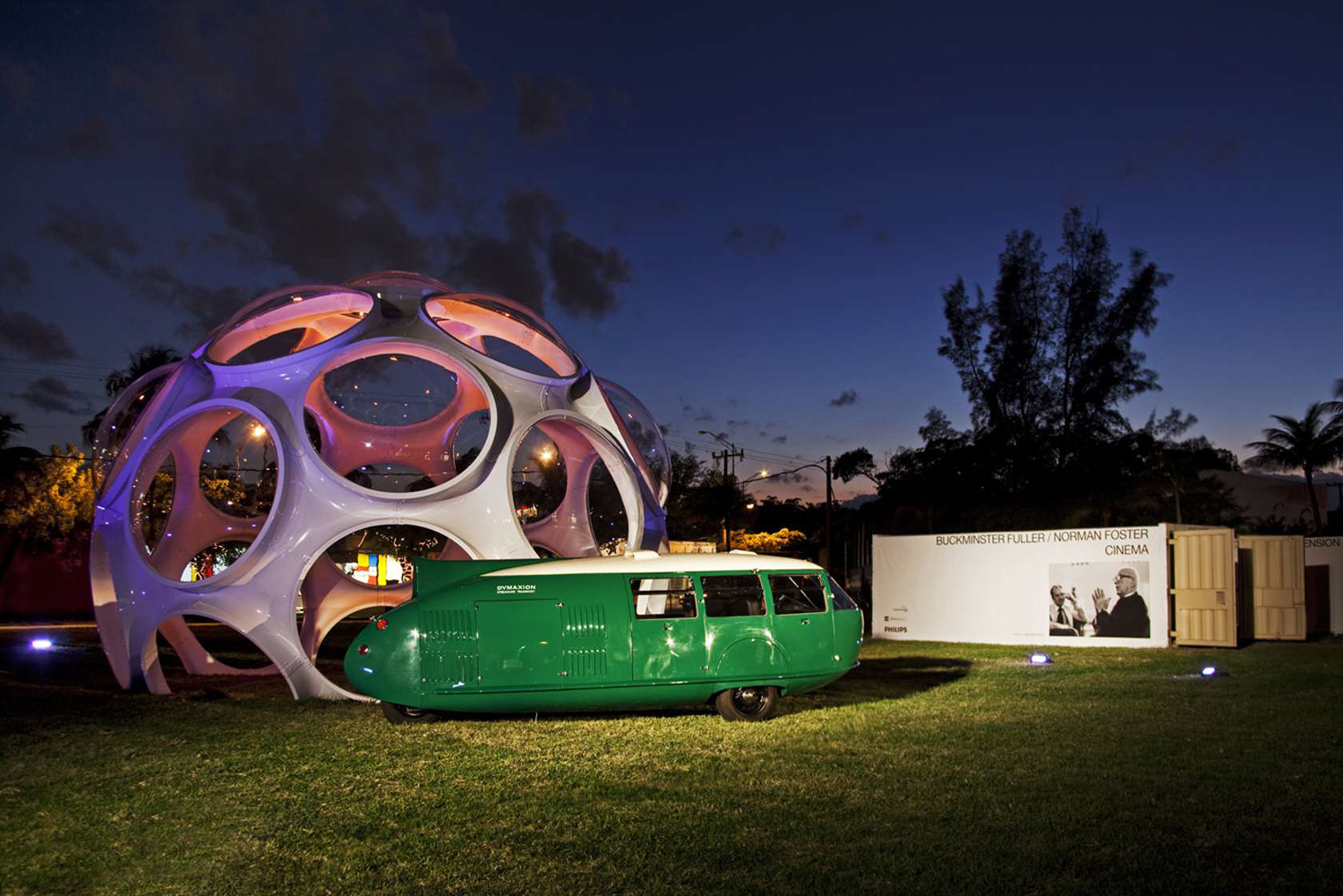 Beyond a place for architectural inspiration, the Miami Design District has evolved into the city’s culinary, art and retail hub.

Craig Robins, the man credited with the revitalization of South Beach’s art deco architecture in the 1980s, began an ambitious neighborhood redevelopment plan just north of Midtown and south of Little Haiti through his Miami-based firm Dacra. His plan is evident in today’s Miami Design District. Internationally recognized art galleries have moved into the district, top designers have returned and iconic landmarks have been revitalized. Meanwhile, noted retailers and restaurants have opened up storefronts, with an additional 40 luxury brands expected to appear within the next 12 months—all creating a one-of-a-kind experience for anyone who visits.

After purchasing buildings in the district to revive the area, Robins persuaded many top designers to relocate there. Interior designer Holly Hunt was one of the first to arrive in the early 2000s, followed by about 50 more design shops, including Adriana Hoyos, Kartell and Jonathan Adler.

The transition from a forgotten neighborhood to a bustling city center required not only reintroducing the district to designers, but also attracting more art and artists to uphold the neighborhood’s creativity. The latest contemporary art galleries range from the Italian-influenced Galleria Ca’ d’Oro to the Latin American-infused Maman Fine Art. There’s also a gallery considered by local media to be “Miami’s best-kept art secret”: Swampspace, the brainchild of artist Oliver Sanchez, specializes in monthly, cutting-edge exhibitions. This past summer, the gallery moved into a larger space to showcase additional artwork and draw more visitors.

“The galleries in the Design District are world-caliber,” Robins says. “There is a strong focus on modern and early contemporary works. At Maman Fine Art in the Melin building, Daniel Maman showcases works by leading contemporary artists to early modern luminaries. Adamar Fine Arts in the 4141 building offers works by Andy Warhol [and] Jim Dine, and last year presented a show of new and older works by Alex Katz. And the de la Cruz [Collection] Contemporary Art Space is simply one of the finest in the world—period. We are lucky to have the opportunity to allow the community to experience these works in intimate settings.”

Large-scale public works by noted artists Kenny Scharf, José Bedia, Roberto Behar and Rosario Marquardt also have helped to invigorate the district and nearby areas. Behar and Marquardt of R & R Studios took over a warehouse in 2001 and converted it into an art piece titled “The Living Room.” The artists cut into the building to construct two outside walls, crafted a stucco sofa and lamps, and painted small flowers on the walls to resemble wallpaper. At the time, the piece was meant to serve as a nod to the “unfinished” nature of the city.

As more artists and galleries arrived, luxury retailers also began to see the attraction of the area. The listing of shops now reads like a who’s who of the world’s top designers—Cartier, Hermès and Louis Vuitton, to name a few. While Christian Louboutin was the first brand to bring its collections to the district in 2009, visitors can anticipate the opening of more high-end boutiques, such as Fendi, Givenchy, Miu Miu, Marc Jacobs, Valentino, Dolce & Gabbana and Giorgio Armani.

Beyond fashion, there’s also an abundance of noteworthy eateries to satisfy guests after a day of shopping.

The Greek restaurant Egg & Dart complements the design elements of the area through its name, which is a reference to the molding often found on architecture in Greece. Likewise, Orange Cafe and Art combines food and art by setting its tables in an indoor gallery for guests to savor sandwiches or salads named after famous painters, including Picasso, Renoir and Rembrandt.

Acclaimed chefs, like the James Beard Award-winning Michael Schwartz, are also adding to the culinary allure. Schwartz operates two dining venues in the area: The Cypress Room, a fine dining establishment, and Michael’s Genuine Food & Drink, a neighborhood bistro where patrons are treated to a rotating menu of fresh, simple entrees. Michelle Bernstein, another James Beard honoree, bakes delectable pastries and light breakfast and lunch options at her bakery and cafe Crumb on Parchment, located inside the Melin building.

“With the opening of restaurants like Michael’s Genuine Food & Drink, The Cypress Room, Crumb on Parchment and MC Kitchen (chef Dena Marino’s Italian restaurant), locals and visitors started to enjoy the district,” Robins explains. “… There is no other place in Miami where you can find the top furniture showrooms, art galleries and luxury fashions brands together all in one neighborhood.”

“Growth isn’t happening overnight,” explains William Pisani, vice president of retail for Shawmut Design and Construction, which is involved in the development of a few stores in the district. “One by one, new shops and eateries will continue to get added to the roster. The beauty of the district is that much of the growth is happening organically and each addition will attract different types of clientele.”

For Robins, the neighborhood’s future can be summarized in one word: ever-evolving.

“The Design District is a neighborhood in the midst of exciting change,” he says. “Currently, new buildings are going up, and older buildings are being renovated to make room for exciting new experiences. … But it’s the people who work, create and live here that makes this a true neighborhood and community.”